Is Addison Rae a lesbian/bisexual?

What is Addison Rae marital status? 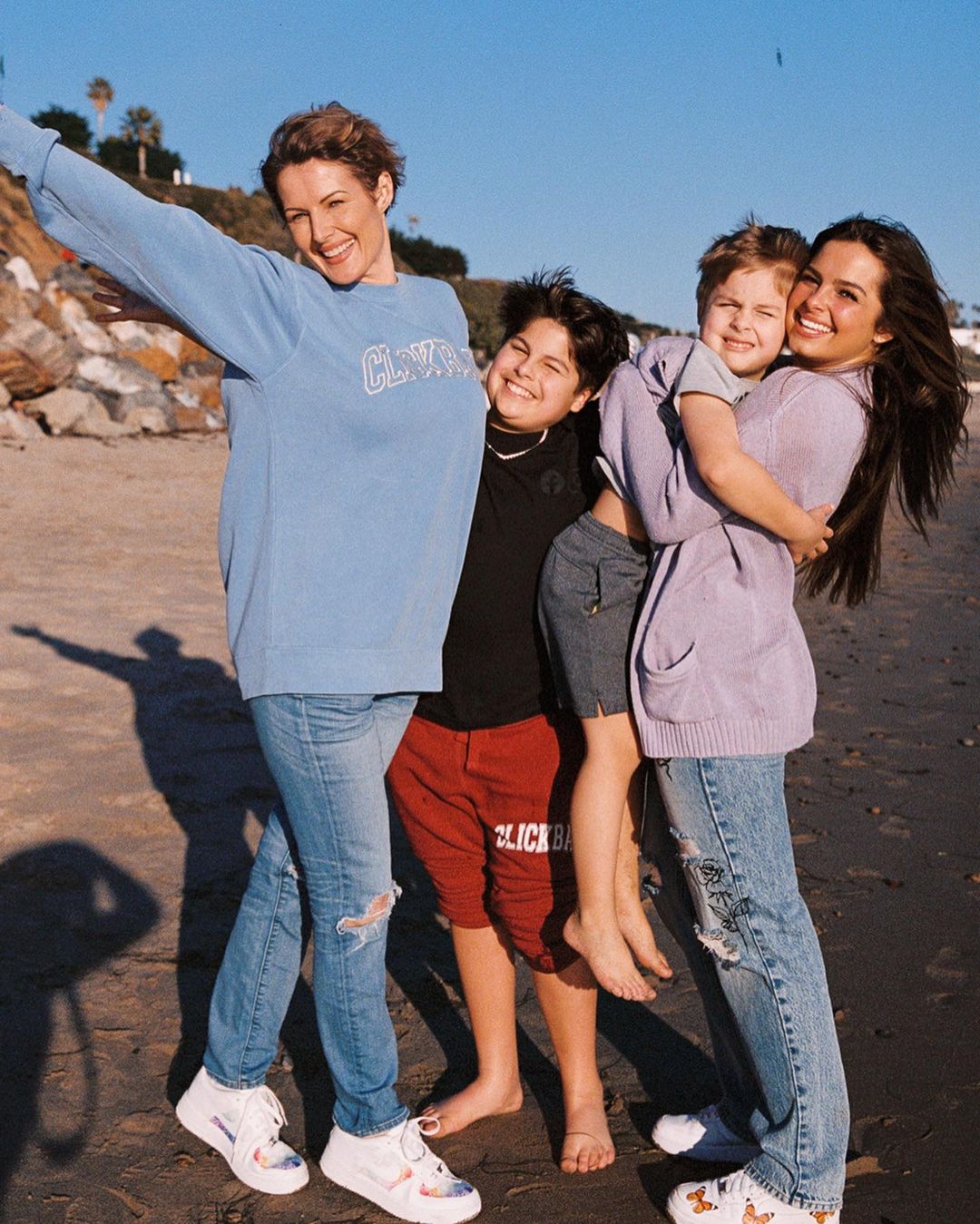 A well-known Tik Toker, entrepreneur, and now an actress, Addison has already become the heroine of fashion magazines such as “Elle” and “Vanity Fair”. Even Forbes wrote about her. She was included in the list of the richest celebrities under 30 years old. What do we know about the family of this beautiful and talented girl?

Who are Addison Rae parents? 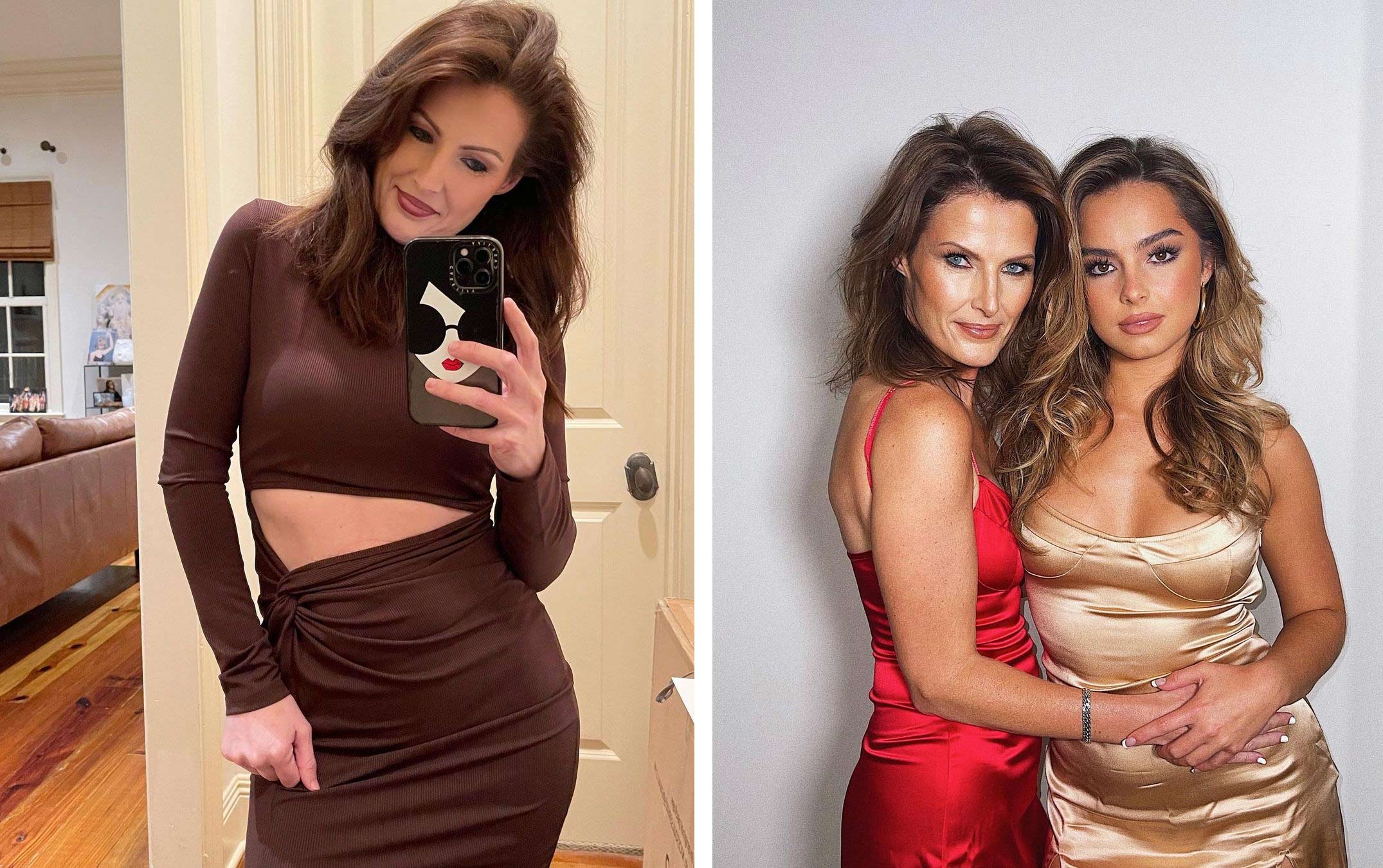 Addison Rae is the kind of celebrity, who can tell that her background played a key role in her success. In her dream to become a famous entertainer, the social media star was supported by her mother Sheri Nicole. By the way, she made her first Tik Tok appearance alongside her mom.

Sheri Nicole Easterling is a Tik Tok star, too. As of 2023, she boasts 14 million followers there. The woman rocked her Tik Tok career during COVID quarantine when she made videos with her daughter Addison in their LA mansion. Sheri Nicole is an Instagram star, too. She has 1 million fans there.

Addison mentions her mom’s advice in various interviews. Surely, Sheri taught her daughter a lot of tricks and gave lots of useful recommendations a young star should know. Thus, she advised Addison to get to know, who she was, and keep it in mind. “When you are famous, lots of people give comments about you and your body. But you can’t make everyone admire you or like you. Just be yourself”, Sheri told to her daughter. Later Sheri and Addison launched a podcast “Mama Knows Best”.

Addison’s mother grew up in Rayne, LA. She was one of three kids in the family of Donald Wayne Easterling (who passed away in October 2022) and Mona Faye Leger. Sheri has a sister Kelly Guidry and a brother Chad Easterling. Before becoming a social media star, Sheri was an engineer.

Addison was very close with her maternal grandfather. He was featured on her Snapchat show several times. On the day of his death, she devoted a long post to Donald. The girl shared lots of sweet words about her granddad, which included his interests – old cars and western shows.

Sheri Nicole positions herself as single on social media in 2022. For many years she had on-and-off relationships with Addison’s father Monty Lopez. They divorced when Addison was a kid but then gave birth to her 2 younger brothers. In 2017 Sheri and Monty got married again.

But in 2022 it turned out, that Monty had a mistress. The model, named Renée Ash, told in her interview with “Page Six” that she had an affair with Monty. The man lied to her, telling that his relationships with Sheri were over. He promised to marry Renee and have kids with her.

Sheri didn’t give too many comments on her husband’s drama. She just wrote “I’ll be ok” on social media.

In the summer of that very year Addison’s mother was romantically linked with Matthew Raymond Hauri, widely known as the rapper Yung Gravy. Sheri supervised her loved one for 17 years from her junior to the 2022 MTV Video Music Awards. Unfortunately, the couple separated in October 2022.

The birth name of Addison’s father is Manolito Juan Lopez. He was born in Carencro, Louisiana, but correctly lives in the Los Angeles area. As for his family, Monty has a mother and a brother.

He married Sheri Nicole Easterling in 2004. At that time they have already welcomed a daughter Addison. Later the couple divorced. They had on and off relationship for many years, till finally re-married in 2017. Monty and Sherri divorced again in November 2022 after the man’s love affair with a model Renée Ash.

Addison’s father is known as a ladies’ man. Many women accused him of flirting with them even through FaceTime. Once even the video appeared on social media, where he romantically touches another woman.

Monty used to work as a general manager. Currently, he is a social media celebrity. He has 5+ million followers on Tik Tok and 286k followers on Instagram. He also maintains a self-titled YouTube channel.

Addison’s dad made a commotion when he had a skirmish with Sheri’s occasional boyfriend Yung Gravy. He even recorded a song “SIDEDISH”, which he called “Yung Gravy Diss Track”. 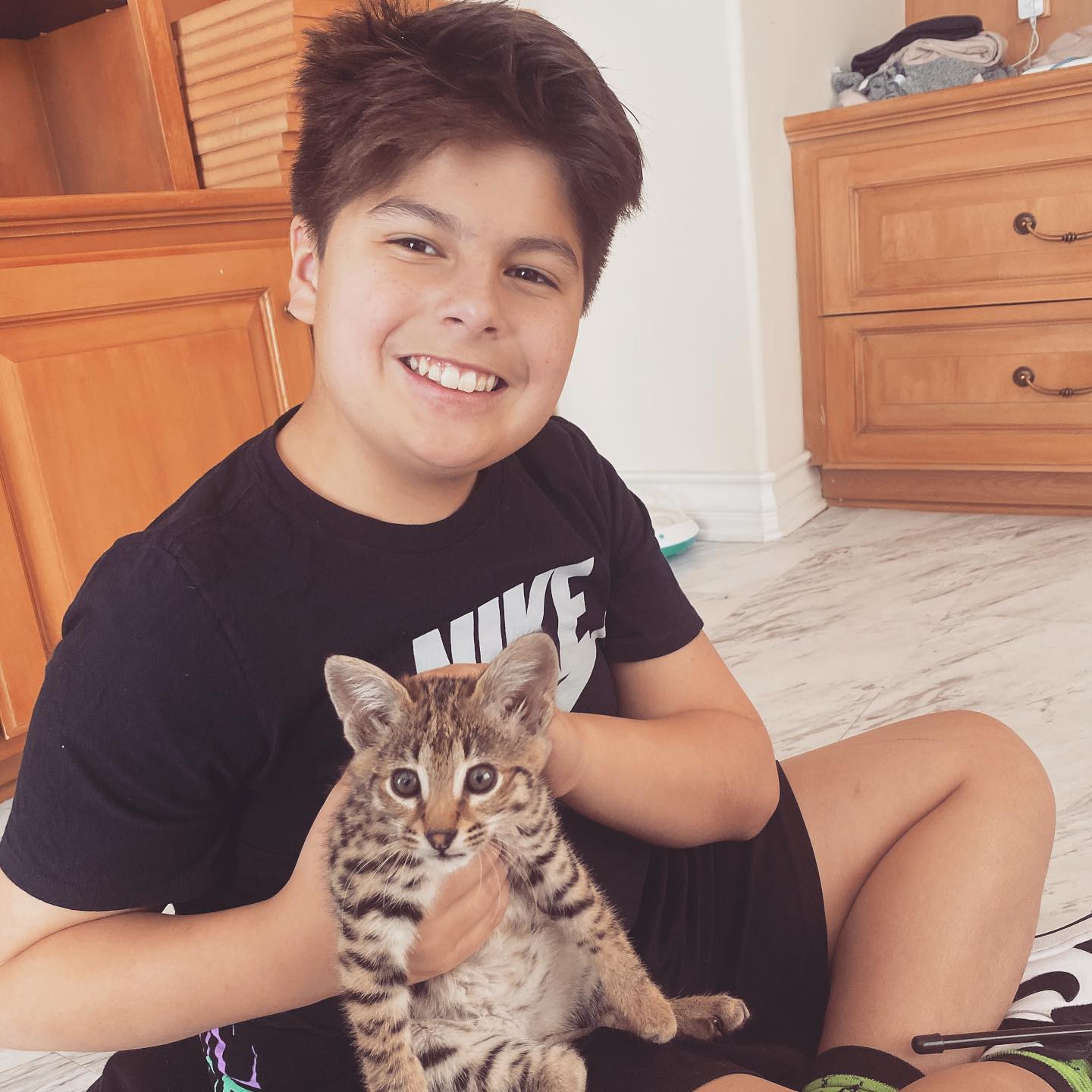 Sheri and Monty gave birth to Addison’s younger brother Enzo 3 years after their divorce. The boy quickly became a celebrity as a member of the social media family. He featured Tik Tok videos of his sister and parents since the earliest years.

The boy spent the first years of his life in Louisiana. There he attended Calvary Baptist Academy. Enzo moved with his parents and siblings to Los Angeles, where Addison started his career as an entertainer.

Enzo has accounts on many social media platforms. When he was younger, his accounts were maintained by his parents.

In his free time, Enzo likes sports. He used to play American football and liked to ski. The boy is a pet lover, too. He has a dog Maui.

Enzo called Lucas “the best younger brother ever” on Instagram once. Lucas is the youngest addition to the Lopez family. Like his older siblings, he was featured in his parents’ Tik Tok videos. He is present on Instagram and even boasts 247k followers. But his account is run by his mother and father. 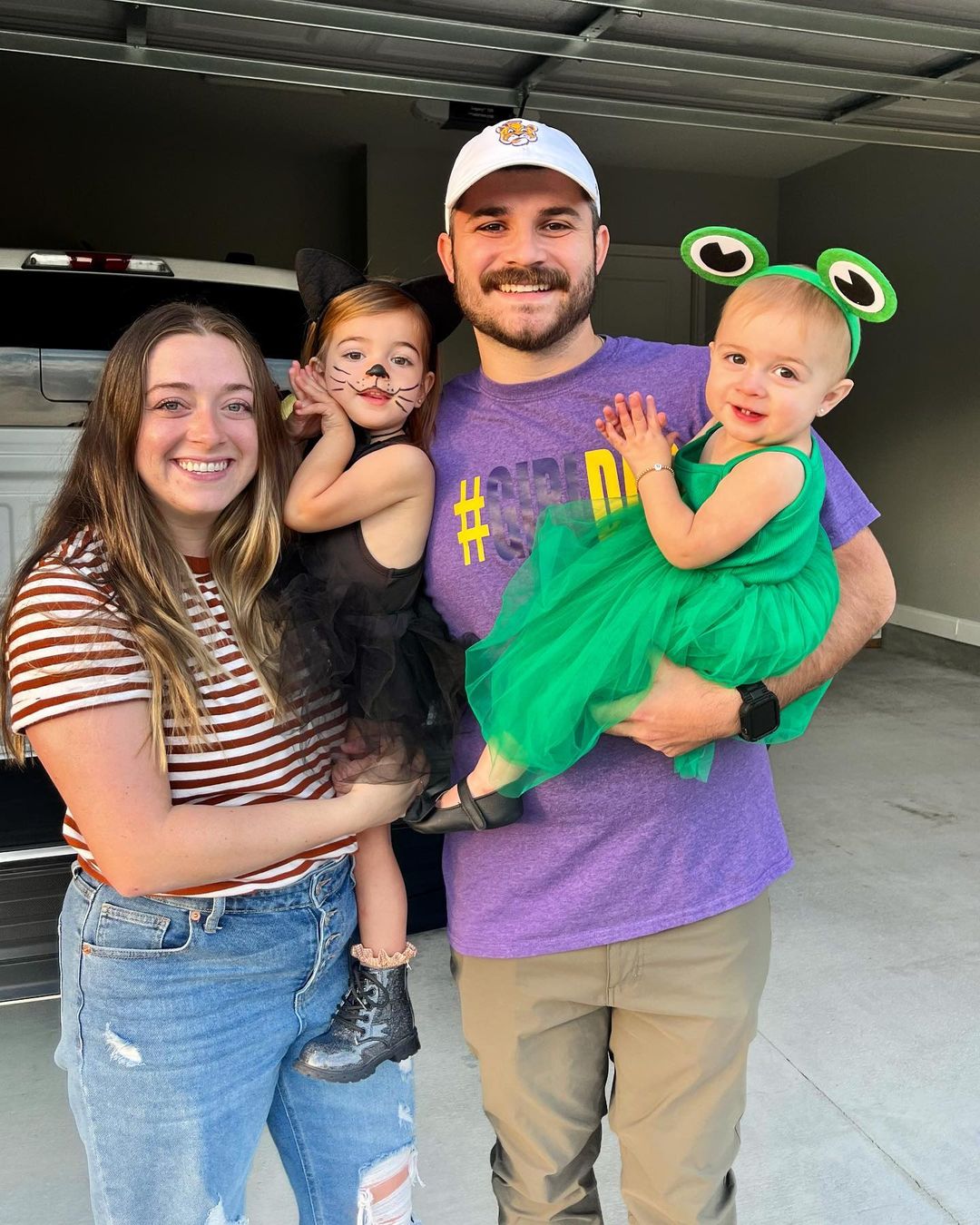 Not long ago Monty shared in public that he had a daughter in his previous marriage. Addison’s older sister is named Macye Lopez Neumeyer. She resides in Carencro, LA with her husband and their 2 daughters.

Macye is the daughter of Monty and his ex, Penny Mimnaugh. It’s not publicized, whether Penny and Monty were married officially. Nowadays Penny is married to Paul Jude Zimmerman, the district manager.

Addison’s sister also develops her Tik Tok account. But it is less popular than the other members of the Lopez family. She is followed by 1341 people as of 2023.

Her Instagram is a real aesthetic pleasure, and the looks in the photos are worthy of being printed in a fashion encyclopedia. A faux fur coat over a T-shirt with the word “JAPAN” on it (during a holiday in that country), the iconic trench coat worn over a satin bra, or a red asymmetrical dress that fully reveals the right leg – everything is immediately picked up and copied by her followers.
Addison Rae Easterling grew up in Lafayette, Louisiana in a family of 5. Except for Addison, her parents also had 2 sons. In her interview with “WSJ” Addison told that her childhood friends named her “too happy”. The girl liked her life and had lots of energy for her ideas and hobbies.
She was 6 when Addison started attending dancing classes. Her talent for that activity soon became obvious – she took part in various dancing competitions all over Louisiana and other states. After school, she entered Louisiana State University, where she studied broadcasting. But she left it after a few months to move to Los Angeles.
Around that time she met her big break as a Tik Toker. Addison launched an account in that app in July 2019 and soon became the third most followed celebrity there. Addison put mostly musical content. She danced to popular tracks, posted her versions of viral dances in various locations, and lip-synced various songs.
Very soon she was noticed and in 2019-2020 collaborated with many celebrities. She featured on Karlie Kloss’s YouTube episode, created the Tik Tok video with the singer Jason Derulo and even acted on the mild prank show “Punk’d”.
Later Addison moved to more traditional entertainment activities. She acted in the teen romantic comedy “He’s All That”, where she portrayed a social media star, Padgett Sawyer. Addison also tried her hand as a musician, having released a single “Obsessed” in 2021.