Is Adele a lesbian/bisexual?

What is Adele marital status?

In April 2019 the media began to write again about Adele and her husband. This time the reason was rather sad – they were divorcing. The couple was considered as one of the most romantic and beautiful in the changeable world of show business. They met 7 years ago and immediately fell in love with one another. Simon, the CEO of a charity company “Drop4Drop”, and Adele, the aspiring young singer with a unique voice, tried to keep their relationships in private. Journalists collected bit by bit information about them.

In 2012 Simon and Adele welcomed their first and only son Angelo. Both adored the boy and cared a lot about him. Konecki proposed the mother of his baby, and in 2016 they finally made it official.

They seemed to be happier than ever, but in April 2019 Adele’s representative announced about her separation from a husband. They asked their followers for respect of their privacy. Simon and Adele believe their divorce is going to be amicable. They try to remain close in the sake of their kid.

Simon Konecki has tried to stay out of the limelight. He was born in New York and then moved to London. Adele’s husband got brilliant education at Eton school for boys.

He started the career of a financial specialist at the age of 17. Then he served as a foreign exchange broker. He gained his career peak as a banker several years later, when was hired by Lehman Brothers. In 2012 he left the company, because (according to his own words) he got tired of this greedy world and decided to devote his life to kind deeds. He founded the charity company “Drop 4 Drop”, which provides developing countries with clean water.

In April 2012 the singer Adele appeared in public with a golden chain over her neck. The pendant on the chain was made of gold too – it was the word “Angelo”. Around that time Adele shared the news – she was expecting her first baby. She didn’t want to share the details of her pregnancy.

In late October some issues reported that she gave birth to a baby boy. His name was kept in secret, and the singer didn’t share any information about the newborn son.

Later she confessed that the father of her little boy is her long-term partner Simon Konecki. They nicknamed the son as “Peanut”.

In 2014 in her online note to Elton John, she finally disclosed the name of her child – Angelo. That very year the boy was pictured by paparazzi during his first walk at the kids’ playground. After that his famous mother started a court process against Corbis Images UK agency, which she won. The woman received massive compensation from the agency and one more time asked the media representatives for privacy.

The boy serves as an inspiration for some songs, written by Adele. She even used his voice as a soundtrack for the song “Sweetest Devotion”.

Who are Adele parents?

Adele may look really successful and self-confident, but there’s at least one thing, which makes her sad – the complicated relationships with her father.

Actually, she didn’t even know him and grew up without his love and support. “I didn’t like my dad”, the singer told in one of her acceptance speeches.

Mark Evans was born in 1962 in Wakes. He was brought up by John and Rose Evans. He has a younger brother Richard.

Adele’s dad was 24 when he met her teen mother and made her pregnant. The man didn’t want to accept responsibility for his baby, and he simply disappeared from Adele’s life.

The girl was raised by a stepfather. In her interview to “The Scotsman”, she told that she stays connected with her stepdad, in spite of the fact that he had already separated from her mother.

Her paternal grandparents, John and Rosa, tried to compensate Adele the absence of the dad figure in her life. They supported their granddaughter and her mother financially and loved them both.

Mark earned his living as a window cleaner at the moment he met the singer’s mom. Then he tried his hand in a number of odd jobs, including work in his father’s café. He appeared in Adele’s life from time to time, but his visits were not regular. The man re-married and fathered another kid – Adele’s younger half-brother. He turned into a heavy drinker in the early 2000s after the death of his father, John. At that time his ways with his teen daughter finally diverged.

He stopped drinking and made numerous attempts to reconcile with his daughter, but still, Adele and Mark are estranged. 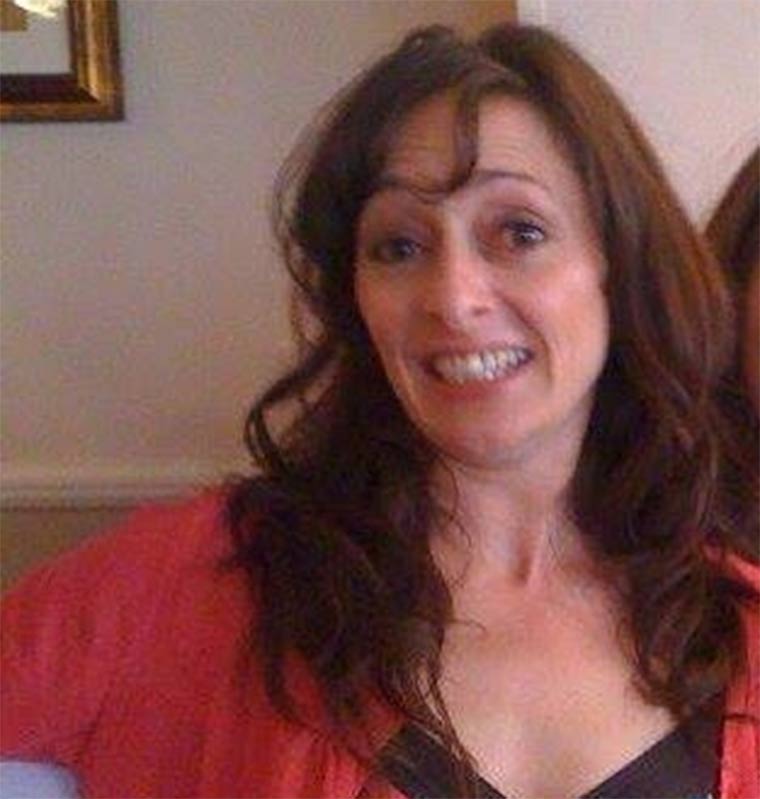 Penny Susan Adkins was just 18 when she knew that she was pregnant from her boyfriend Mark. Then she was an art student, and had lots of plans for her future career, but had to put them off. In spite of the fact, that the father of her baby girl left, when her daughter Adele was just 9 months old, Penny still created a great family for her child. The singer tells in her interviews, that since her earliest years she has always been surrounded by numerous aunts, uncles, cousins, and grandparents.

It was Penny, who taught her daughter to love music. She was very young when she became a mother, and that’s why she was listening to the bands, which young people of that time preferred – she was obsessed with Jeff Buckley, 10,000 Maniacs and later “Spice Girls”.

Although Adele was really keen on music, she was not sure, that music was her cup of tea. On the contrary, the girl changed her mind every week – she dreamed to be a ballet dancer, then a weather girl, after that a musician. And each time her mother was ready to support her and to take to all these lessons.

No need to say, that Send My Love singer is really close to her mother. After the release of her album “21” she bought the house of her own and invited her mother to live with her. She told, that they are separated by a long corridor, and they don’t disturb one another, but each time when Adele hears her mum’s pottering, she feels really happy.

By the way, after becoming financially protected, Adele persuaded her mother to start drawing again. Thus she tried to compensate her parent the moment when Penny had to quit art to raise her daughter.

Cameron is the only Adele’s sibling from her father’s side. He is the son of Mark Evans and his second wife Siobhan O’Sullivan. Mark split from Siobhan when Cameron was in kindergarten age, and like his famous sister, the boy is also estranged from his dad. That’s why the young man took his father’s surname.

Obviously, Adele and Cameron share the same genes – they look identical. The brother and the sister met each other for the first time in 2007. They live in different cities (Cameron shares the same house with his mother Siobhan in the south of Wales).

The 20-year-old boy studies sports medicine at Cardiff Metropolitan University. He is really close with Adele’s mother Penny but rarely speaks to his big sister, who has a really tough schedule.

Adele is the British singer, who is included into Guinness World Records book for the unbelievably rapid growth of her popularity. She is different from all other stellar singers because she is not accompanied by bright ballet dancers and numerous backup singers on the stage. She communicates with the audience mostly through hand movements and music, of course. Her magnificent voice is incredibly deep and strong. It is measured in 5 octaves.

The only child of a teen mother Penny, she was born in Tottenham, London, England. She got from her father the middle name – Blue – as he was a big lover of such music genre – blues. Probably, her estranged dad shared one more thing with her – his love for music. Adele was obviously talented – she could sing any song at the age of 3, and in her dreams, she saw herself on the stage in front of the 2000s of people. But she didn’t believe in her talent and besides considered herself as too fat.

She studied music at BRIT School for Performing Arts and Technology. After school, she worked as a backup artist for several years. In addition, she recorded some of her songs, one of which her close friend uploaded to MySpace. After that Adele caught an eye of the managers from the company XL Recordings and was signed by them.

She awoke popular after the presentation of her debut album “19” in 2008. Now she is one of the most popular singers in the world, who has already released three full sets of songs and she is not going to stop.