Thompson family is one of the most interesting and unusual in the world. Their reality show, named “Here Comes Honey Boo Boo”, gathered more than 2 million viewers near the screen, when its pilot episode was on air. Often Thompsons are compared with Kardashians, who rose to fame due to the reality show too. Although two families are complete opposites (Kardashians are perfectly fit and rich, while Thompson are prone to obesity and poor), they both managed to create the most popular reality TV series in the world. Let’s look a little closer to unusual members of this family!

Who are Alana Thompson parents? 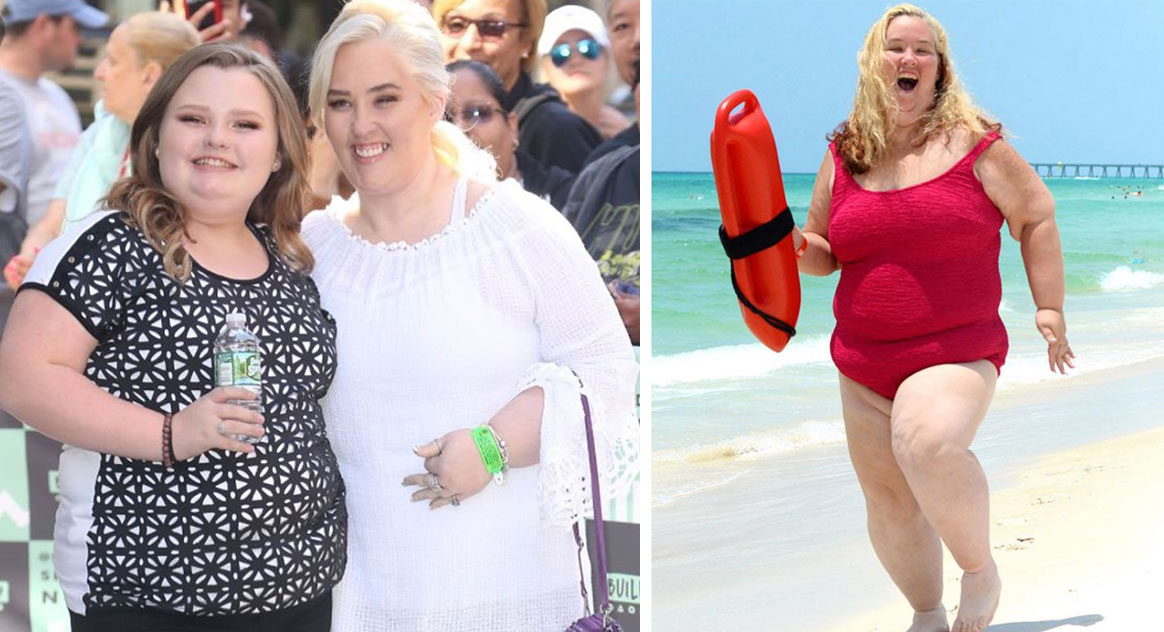 Alana’s mother, June Shannon is named as one of the most famous plump women in USA. The woman, who had neither money nor beauty, managed to become a star due to her strong desire and doubtless faith.

She was born in McIntyre, a small town in Georgia. When the girl turned 2, her mother Sandra split from her father Melvin Shannon. Thus, June and her older sister Joanne lived in poverty with a single parent. By the way, Joanne makes occasional appearances on the reality show.

June had never been a brilliant student. She dropped out school at the age of 15. To that age she had already got pregnant to an occasional boyfriend and soon welcomed her first daughter Anna. 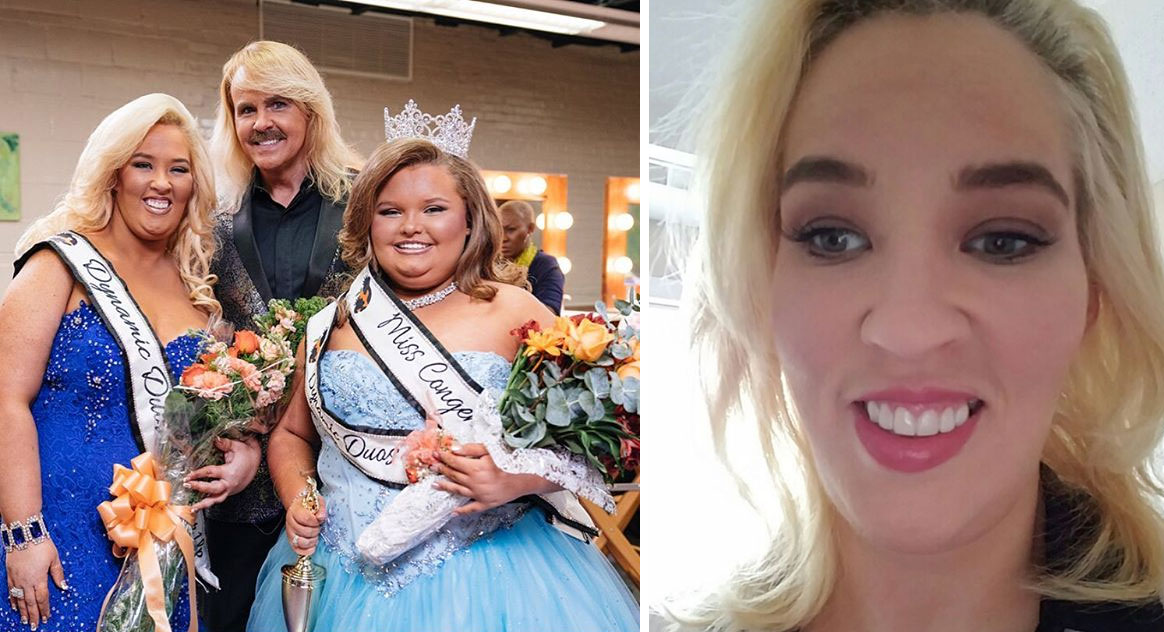 After that the woman’s personal life reminded a carousel. She dated numerous men and welcomed three more daughters – each of them had a different father. One of June’s boyfriends, Mark McDaniel, sexually molested her kid Anna, when the girl was just 8. She opened up about it at Dr. Phil show. If that’s not enough, Mrs. Shannon told, that she was in relationship not just with men, but also with women.

So, June, who is almost blind due to cataract, spent too much time, looking for new boyfriends. At the same time, she had no time for work, which led their family to poverty. To feed her kids, the woman cut discount coupons from newspapers and bought cheap products. Unhealthy food made June and her daughters gain weight. Not long ago she appeared in another reality show, where tried to get rid of extra kilos with the help of a professional trainer and nutritionist. As for now, she boasts with more than 60 kg weight loss. To achieve her aim, she passed through a number of surgeries, too.

The weight-loss show is not the first one, where the woman featured as an actress. For the first time she appeared on the screen with her daughter Alana, who tried to get the title of the most beautiful girl in the show “Toddlers & Tiaras”, arranged by TLC. The plump blonde girl Alana didn’t look classically beautiful, but was so unusual, that managed to gain a large fan base. The girl’s popularity was so overwhelming, that producers decided to create the reality show, centered on her. Thus, Thompson family turned into reality stars of the show “Here Comes Honey Boo Boo”, which was on air during two seasons and ended in 2014. That very year Mama June split from Alana’s dad. 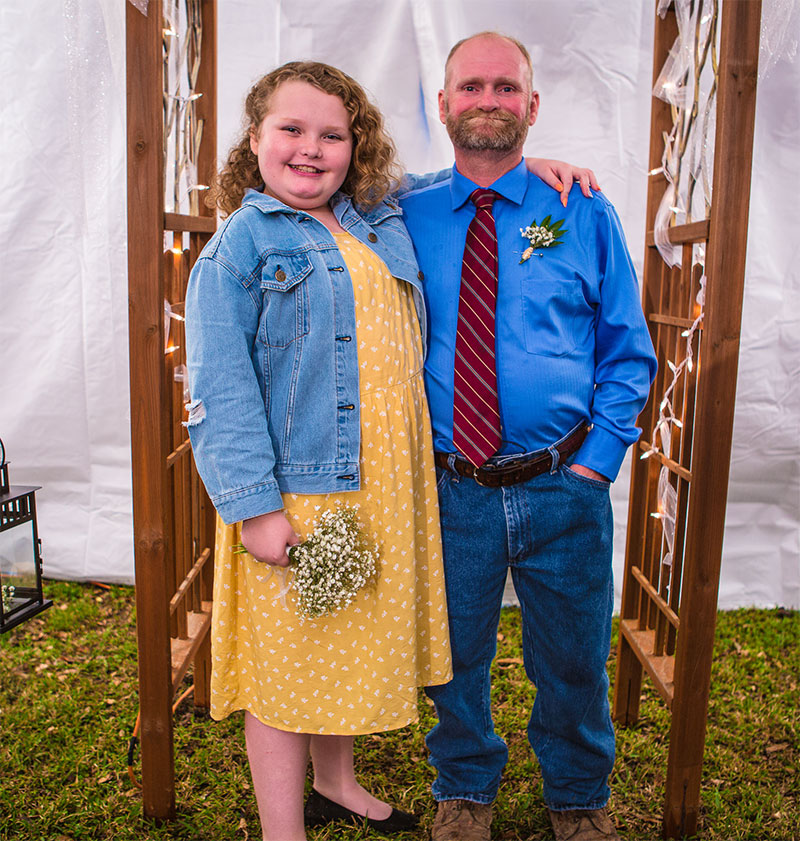 One of the reasons of June’s decision to lose the weight was her separation from long-term partner Mike Thompson. Although they have never been married officially, two sweethearts arranged a great wedding ceremony in one episode of their show. But then they parted the ways, naming infidelity as a reason. But each of them blamed another one in being unfaithful.

Mike Thompson was born in Georgia. He has two brothers – Billy and Poodle, the last of them is HIV positive. Their mother died from decease.

In 1998 Mike had law issues. He was sued for 5 years for robbery. In 2004 she started to communicate with an online friend June. Soon they met, fell in love and moved together.

In 2005 the couple welcomed the only one common daughter Alana. The girl became popular due to a child beauty contest she participated in. In 2012 Alana, nicknamed as Honey Boo Boo, became the main heroine of the family reality show. Mike Thompson also featured there. He was nicknamed as “Sugar Bear”.

In spite of a sudden popularity, his relationship to June gradually deteriorated. He blamed his partner in cheating him. At the same time, the man confessed in public, that he “arranged sexual experiments with guys”.

After his split to Mama June, the man started dating another Georgian girl – Jennifer Lamb. In January, 2017 they tied a knot.

In her interviews June accused her ex in physical abuse. “He beat me and my kids”, the woman told.

Nowadays Mike Thompson seems to be quite happy, in spite of health issues he has. The man is diagnosed with diabetes. Previously he had mental disorder. 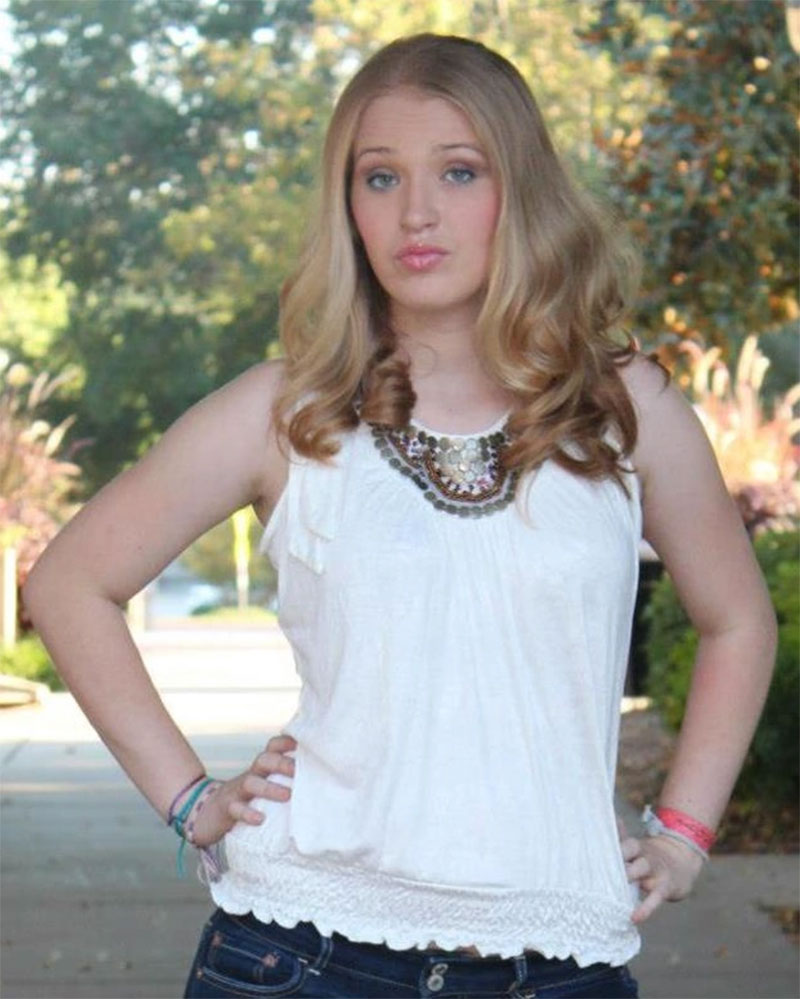 Anna is the first child of Mama June, whom she welcomed at the age of 15. The girl is nicknamed as Chickadee in the family circle. Alana and Anna share the same birthday. She rose to fame mostly as the member of Thompson family, who started in a number of reality series. The woman herself starred in one episode of Dr. Phil show, where she shared with the viewers, that she had very complicated relationships with her mother, who took cash from their common account without permission and couldn’t defend her daughter from the boyfriend. He touched the kid in an appropriate way.

As for now, Anna is married to Michael Cardwell. They have already welcomed a daughter Kylee. She has a daughter Kaitlyn from her previous relationship. 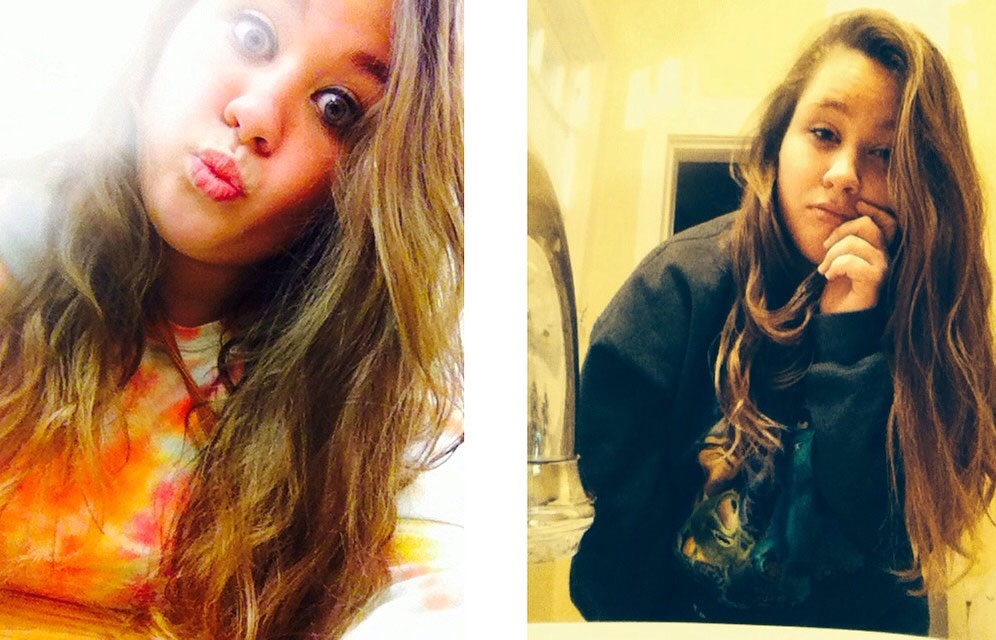 Like her other family members, she turned into a reality TV star after the release of the series about Honey Boo Boo. Her family nickname is Chubbs. Her father’s name is David Ford. 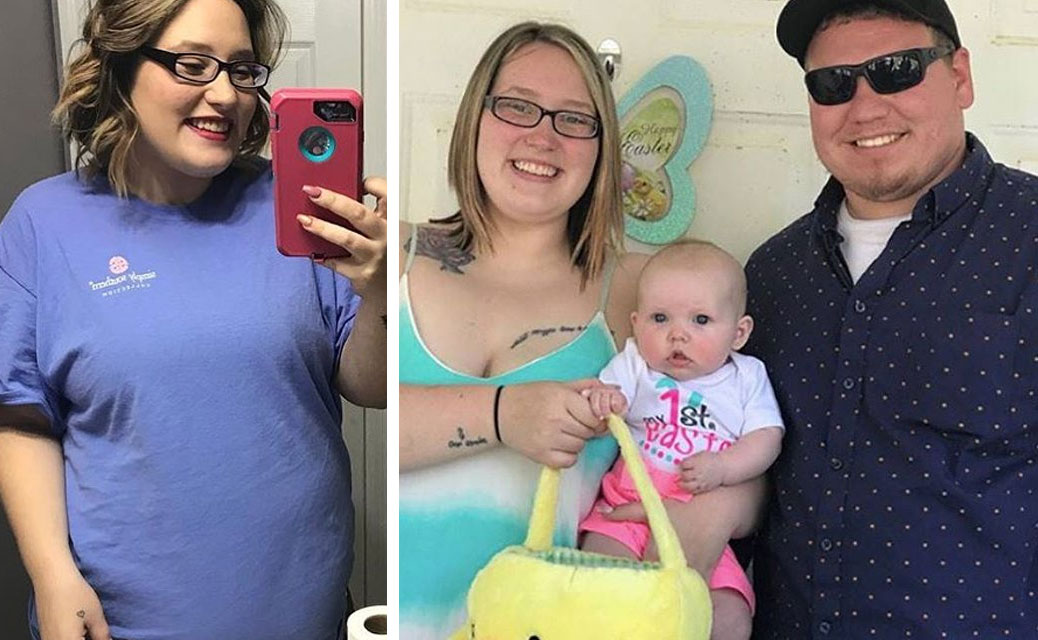 Another older half-sister of Alana Thompson was born in Georgia in 2000. She is nicknamed as Pumpkin. Together with her mother a girl opened up, that she was bisexual. Lauryn rose to fame due to the family show “Here Comes Honey Boo Boo”.

Like her mother, Lauryn gave a birth to her first baby at a very early age. At 17 years old she welcomed a daughter Ella Grace Efird with her boyfriend Joshua Brandon. She wedded a father of her kid in May, 2018. Pumpkin plans to study at a beauty school.