Is Alexander Ludwig a gay/bisexual?

What is Alexander Ludwig marital status?

Who is Alexander Ludwig wife? 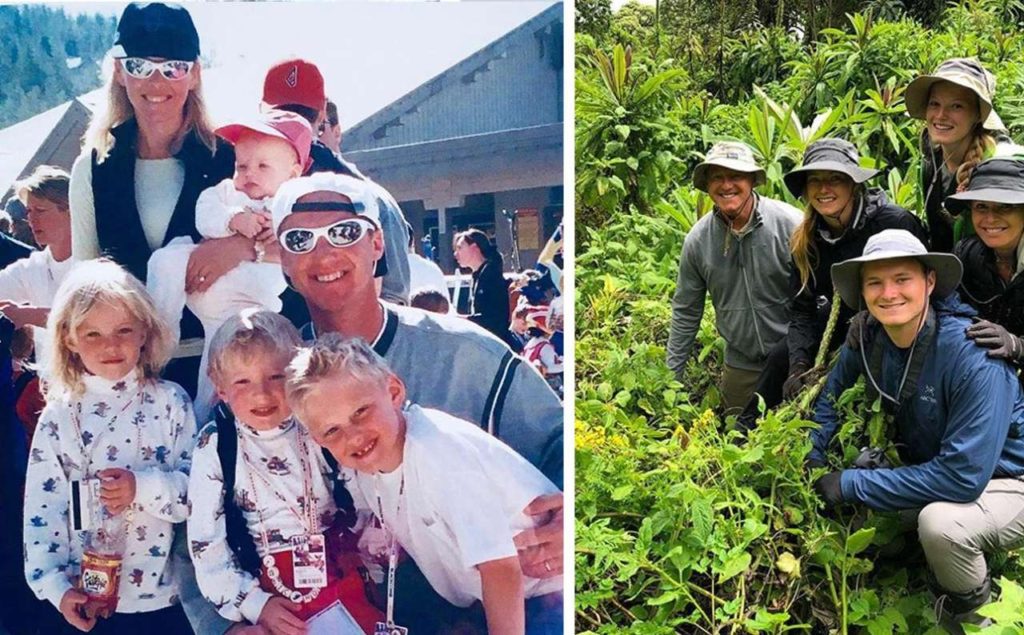 One look at Alexander Ludwig family is enough to understand that the actor has good genes. Extremely successful father, stunningly beautiful mother, two sisters, who started modeling, and a brother-investor are the members of Canadian-German family of Ludwigs. Look a little closer at Alexander Ludwig in his family circle.

On December 22, 2020, Alexander announced that he got married to his beloved woman, his best friend and future mother of his kids, Lauren Dear. They tied the knot secretly. The couple hadn’t even invited their parents and siblings to the very private wedding ceremony. They exchanged the vows at the snowy mountain top and the only one, who witnessed that ceremony, was Alexander’s dog.

Lauren is an entrepreneur. She co-owns a brand of recycled jewelry. She became Ludwig’s official sweetheart in July 2020, when he uploaded their common photo on Instagram. In November of that very year, they got engaged.

Alexander’s wife comes from a family of 4. Her father, Trevor Dear, passed away before she met the man of her life Alexander Ludwig. Lauren has a sister Megan Dear.

Alex and Lauren dream to become parents. But as of 2022, they had 3 miscarriages, about which Alexander announced through social media to support other people in a similar situation. 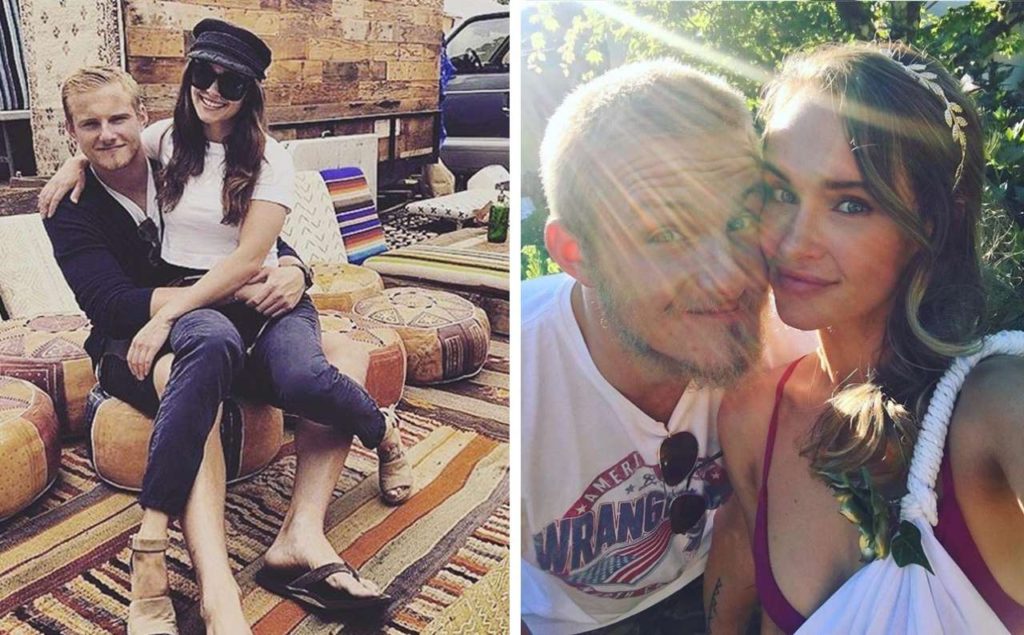 Kristy and Alexander Ludwig went public on the 14th of February, 2017. Then the Viking actor published a pic in his Instagram, where he was depicted in the company of a beautiful woman, whose name was Kristy Dawn Dinsmore.

Alexander and Kristy are colleagues. She is an actress too, known by the crime series “Rogue”, “Supernatural” and some others.

Kristy started her way into entertainment industry in her teens, when she appeared in theater productions as a dancer. The girl has practiced various kinds of dancing, such as ballet, hip hop and others since her childhood. During one of her dancing performances she was discovered by a scout from Vancouver talent agency. Thus, Kristy started acting.

Now she shares her time between Vancouver and Los Angeles and enjoys her time with Alexander Ludwig.

Who are Alexander Ludwig parents? 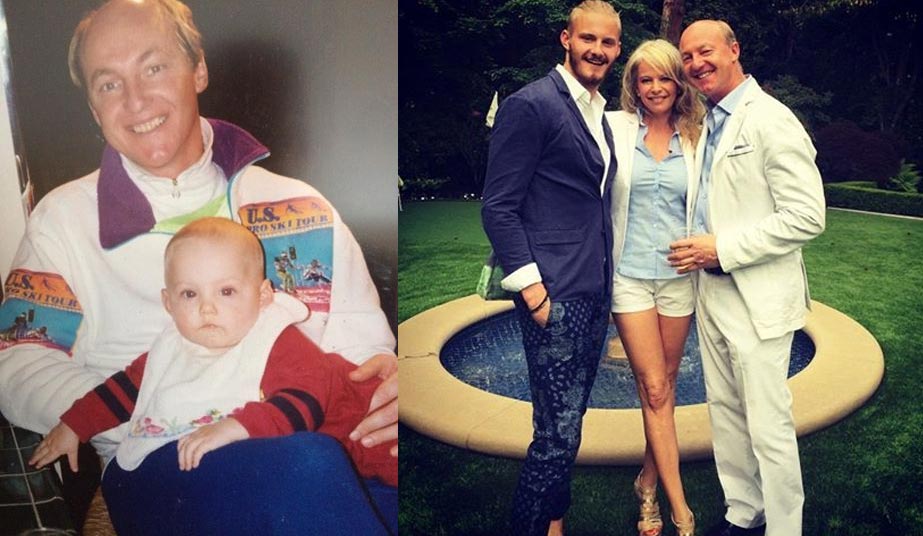 The popular actor Alexander Ludwig doesn’t see his father very often, because they live in different countries (Alexander resides in LA, where he moved to develop his career, and his dad lives in Vancouver, Canada), but he is in good terms with his dad. In June, 2018 he addressed to Harald Horst Ludwig through Instagram and wrote really sweet lines for him. The actor called his father “the most loving and hysterical guy I have ever known”. In addition, the actor opened up that his father had always pushed him to the right direction. So, what do we know about this special for Alexander Ludwig man? 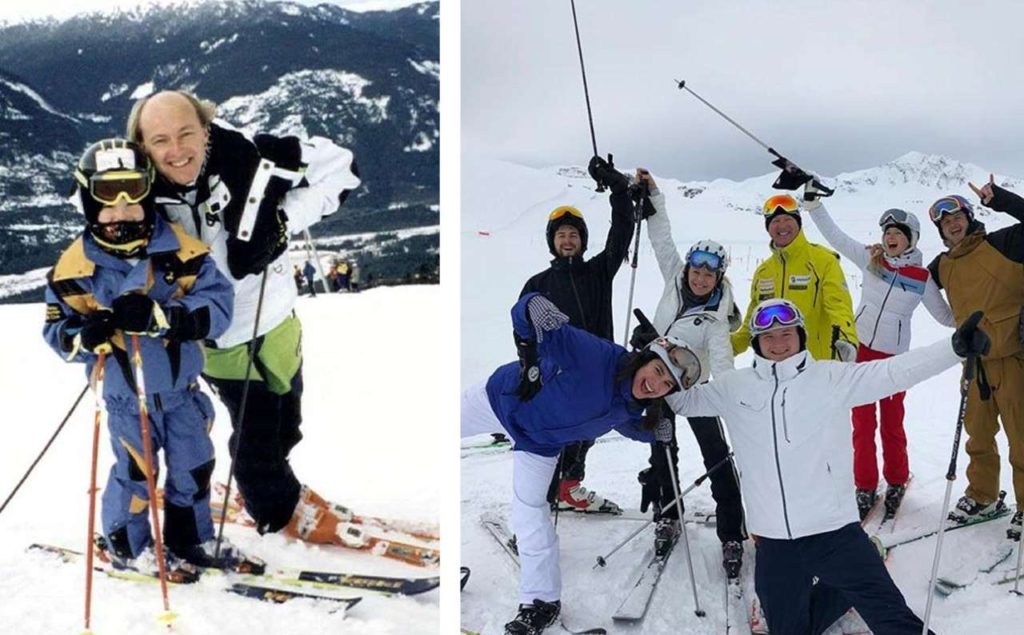 Harald is a successful businessman. He has made an enviable career and occupied high posts. Alexander’s father co-founded Macluan Capital Corporation, the firm which operates middle market products and invests into manufacturing and transportation.

In addition, Mr. Ludwig served as the chairman at Canadian Overseas Petroleum Ltd and as Lions Gate Entertainment director. Besides, Harald Ludwig is widely known as real estate investor.

Mr. Ludwig spent a lot of time, developing his business projects. But he found the time to be a good father too. Harald brought up four children with his wife of many years Sharlene Martin-Ludwig. Like a serious businessman, at first Alexander Ludwig father couldn’t understand his son’s passion to acting. He thought that child actors very often lose connection with reality, being completely involved into imaginary world. Alexander Ludwig told in his interview to “Time for Kids” magazine, that his father and mother considered acting as an iffy occupation. But later they allowed him to follow his dream. 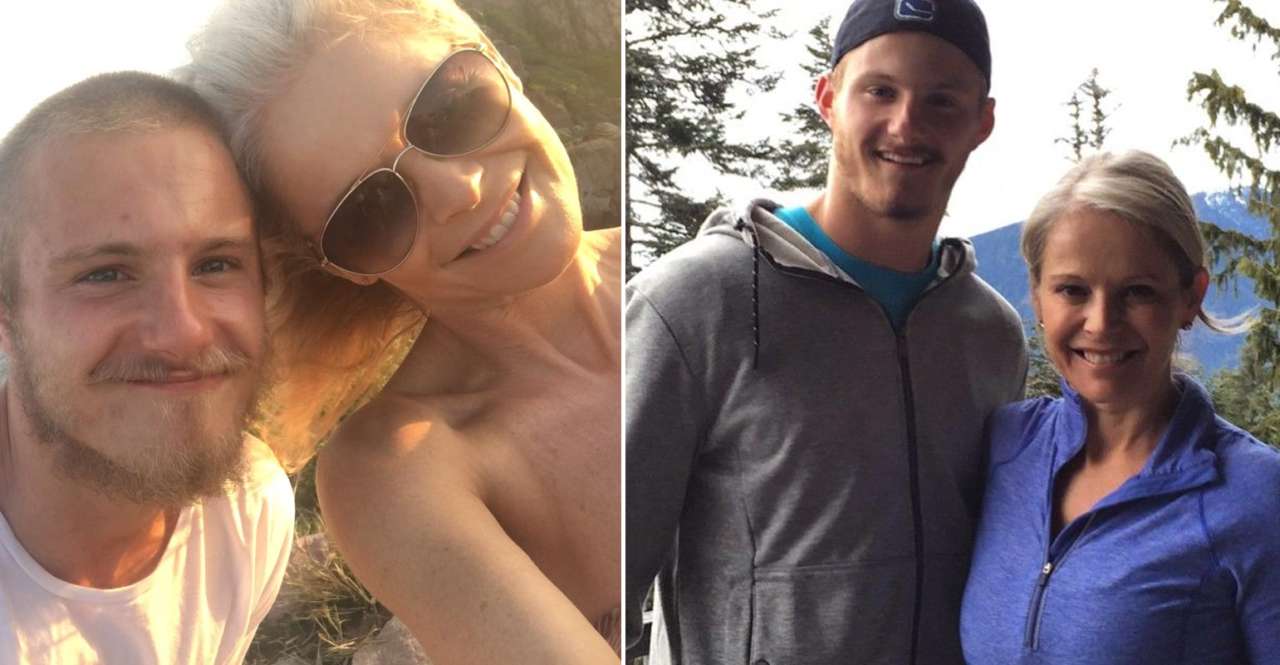 Alexander Ludwig never gets tired to give compliments to his mom through Instagram account. He calls her “Mommabear” and tells that she is the coolest lady in the world.

Sharlene looks perfect, especially if to take into consideration the fact that she gave a birth to 4 children. She is a well-educated woman – Sharlene holds degree in psychology from The University of British Columbia.

Alexander Ludwig mother’s born name is Melissa Martin. She changed her first name to “Sharlene”, when she started career of an actress. According to her son’s words, it was his mom, who inspired him to give acting a chance. At the same time, Sharlene didn’t like Alexander’s idea to become an entertainer. So, he had to convince her. When the boy turned 9, he took his mother’s cell-phone and called an agent. After such his act his mother and father finally decided to give Alexander freedom to choose, what to do.

Sharlene participated in a number of well-known films, such as “Friday the 13th Part VIII”, “Mystery Date” with Ethan Hawke, “Hoods” etc.

In 1991 Sharlene tied a knot with a talented businessman Harald Horst Ludwig. After that her acting career was put on pause. Today she is mostly busy as a talent manager at her company “Martin Management”. 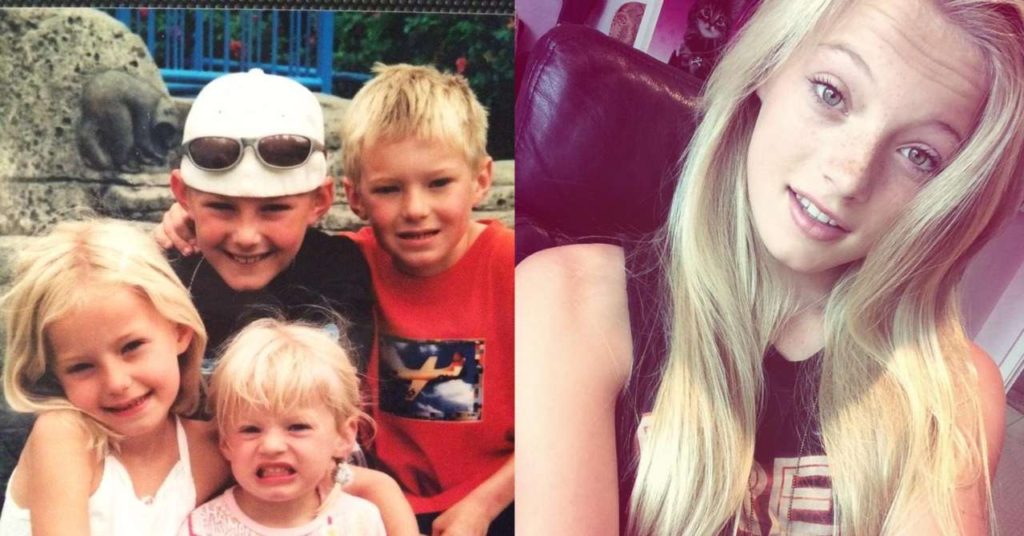 Sophia followed the way of her older brother Alexander and started career of a child actress and model. She appeared in a comedy film “Space Buddies”, being 11-year-old girl. After that Sophia didn’t act in any big screen movie, but she continued her involvement into entertainment industry as a model.

Sophia is managed by Lizbell agency. The girl joined her career with studying at Dartmouth College. Ludwig specialized in Environment studies. She graduated from college in 2017. 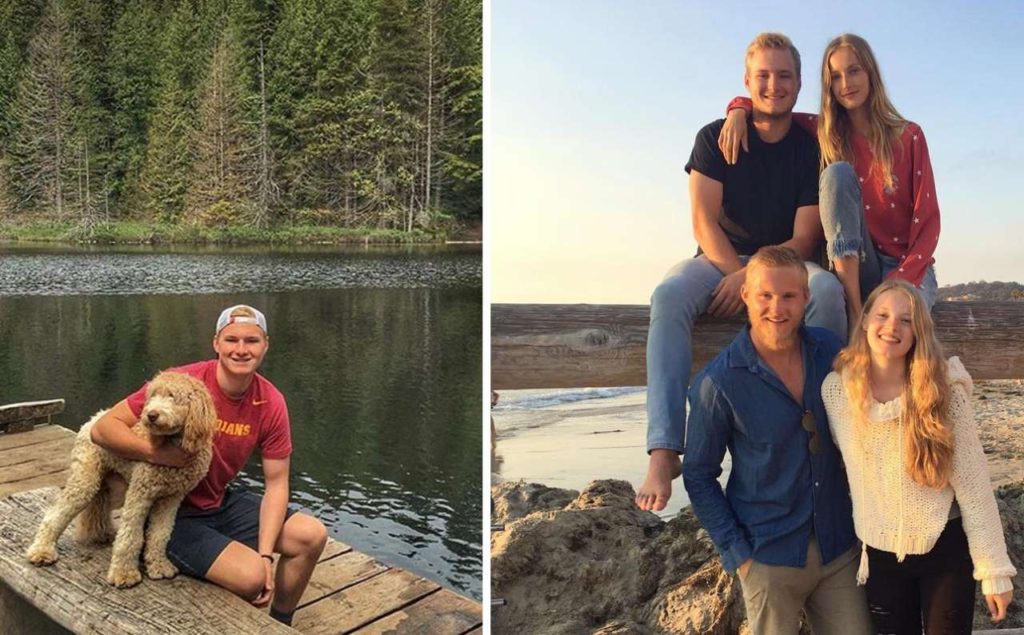 Nicholas resembles his older brother – he has the same blue eyes, blonde hair and narrow lips. But the young man wasn’t interested in entertainment activity.

He studied at Collingwood High School and then entered the University of California in LA to study economics.

Currently Nicholas serves as Investment Analyst in Vancouver Company Hudson Pacific Properties. In his free time the young man likes to ski and to travel. Nicholas is one of twins. 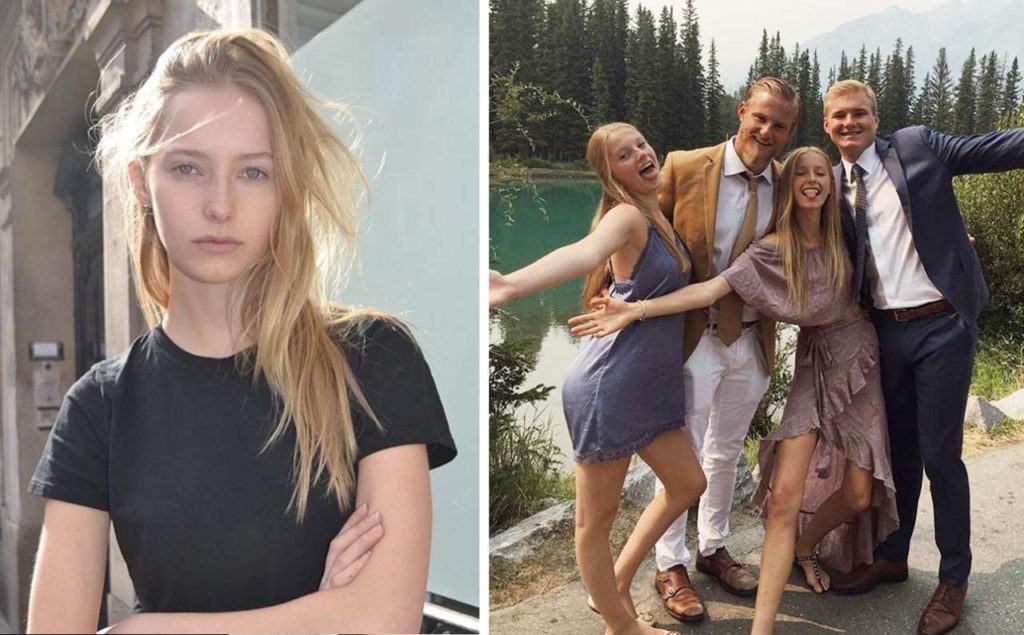 Natalie is Nicholas Ludwig twin sister and younger sister of Alexander Ludwig. The girl grew up in Vancouver and is a big fan of that city.

Natalie attends Vancouver Dartmouth College. In her teens she was discovered by her mother’s agent Lizbell. The agent watched 12-year-old girl playing hockey in her hometown. She liked Natalie at first sight and offered to sign her.

When Alexander Ludwig sister was in the 12th form, she signed the deal with Elite New York City agency. That was the finest hour in her life, according to Natalie’s interview in Bazaar.

In spring-summer season 2016 Natalie had already appeared on the catwalk as Givenchy model. After that she featured in ads for various reputable fashion lines, such as Valentino, Burberry, Ralph Lauren etc.

By the way, Natalie is crazy from modeling, but she sees other opportunities in her life too. The girl continues to get her education; she plans to spend the part of her income for charity and finds the time for her hobbies – bungee jumping, water kayaking, playing tennis etc.