Is Blac Chyna a lesbian/bisexual?

What is Blac Chyna marital status? 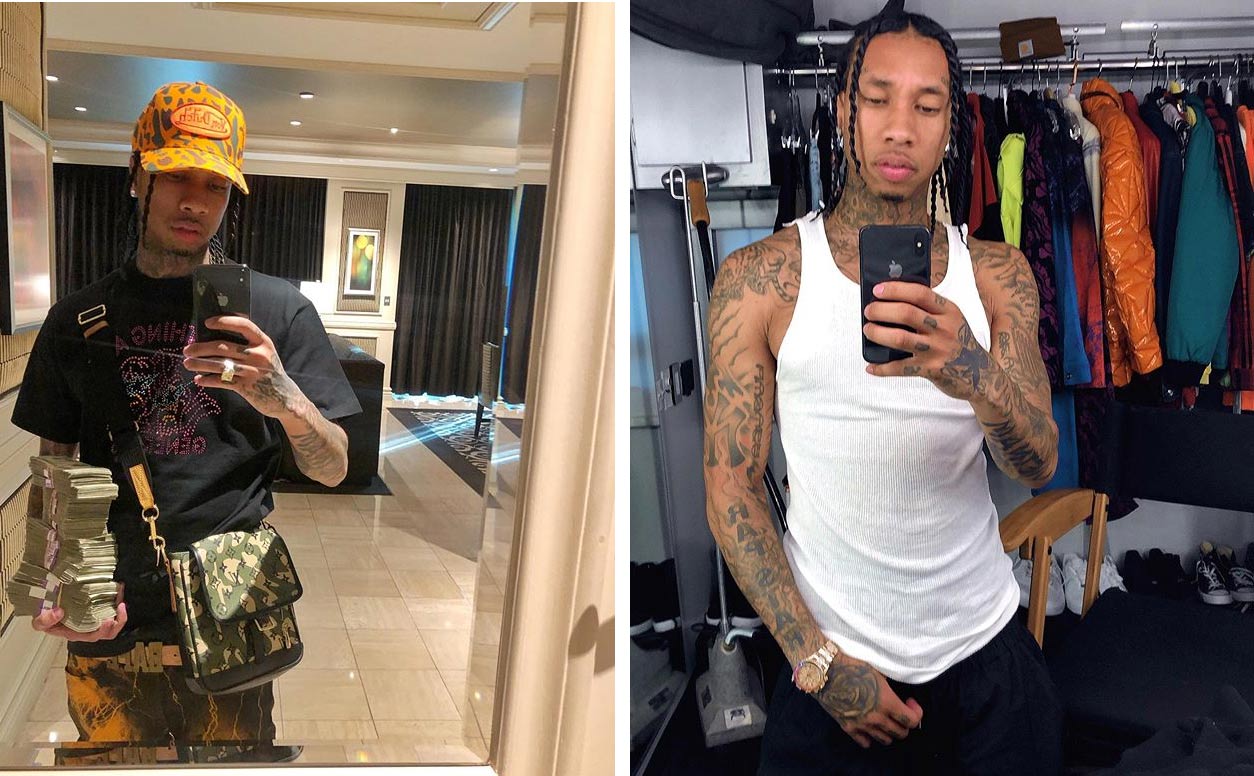 Blac Chyna announced her new affair on November 9, 2011, through Twitter. She confessed to her fans that she had fallen in love with the aspiring rapper after meeting him at Chris Brown‘s party. After a year of love, they got engaged. To that moment Blac Chyna had already become a mother of Tyga’s son. On August 12, 2014, they announced their split. 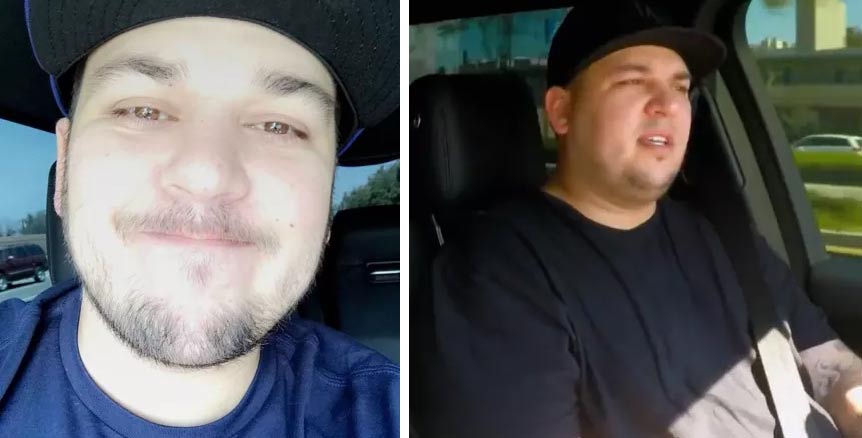 Blac Chyna’s personal life was discussed in the media again in 2016 when she started an affair with Rob Kardashian, the brother of the celebrity Kim Kardashian and other sisters from the famous clan. She got pregnant from him, and Rob decided to propose his beloved woman and the future mom of his baby. After the birth of a pretty little girl, the wedding bells fell silent, and the couple decided to call it quits. Rob and Blac passed through a series of dirty scandals when Rob accused his ex-lover of having the material interests to him. He named his ex-fiancée “a prostitute” and wrote on social media, that he found her message, where she confessed, she started an affair with Rob, the representative of the famous Kardashian clan, just to become more popular on his account. 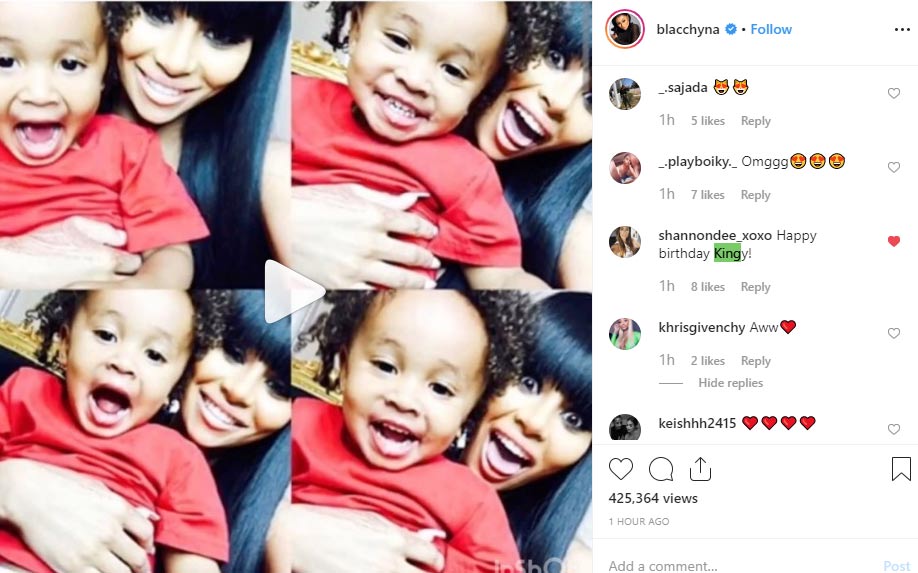 Blac Chyna welcomed her first child in October 2011. Her baby father – the rapper Tyga – was so happy, that he immediately bought $5 million mansion in the prestigious LA area – Calabasas.

After the couple’s separation in 2014 and all that drama between Blac and Tyga, King Cairo didn’t see his dad for a long time. But in 2016, to his fifth birthday, the boy’s parents finally reconciled – for the sake of their kid. Now Tyga and his baby mother keep friendly relationships and arrange great birthday parties for their little son.

Now Cairo is a school pupil. He is a cute little boy with a cool hairdo, who is almost as tall as his tiny mother.

Dreamy is a little daughter of Blac Chyna and her ex-fiancé, Rob Kardashian. She was born in the prestigious Cedars Sinai Hospital in November 2016. The month before her mother arranged a baby shower, which was attended by many celebrities, including the actor Scott Disick.

The baby girl was accepted eagerly to the big Chyna-Kardashian family. When little Dream was in the first year of her life, she witnessed her parents’ divorce. Now she lives with her single mother and an older half-brother, whom she loves so much!

Who are Blac Chyna parents? 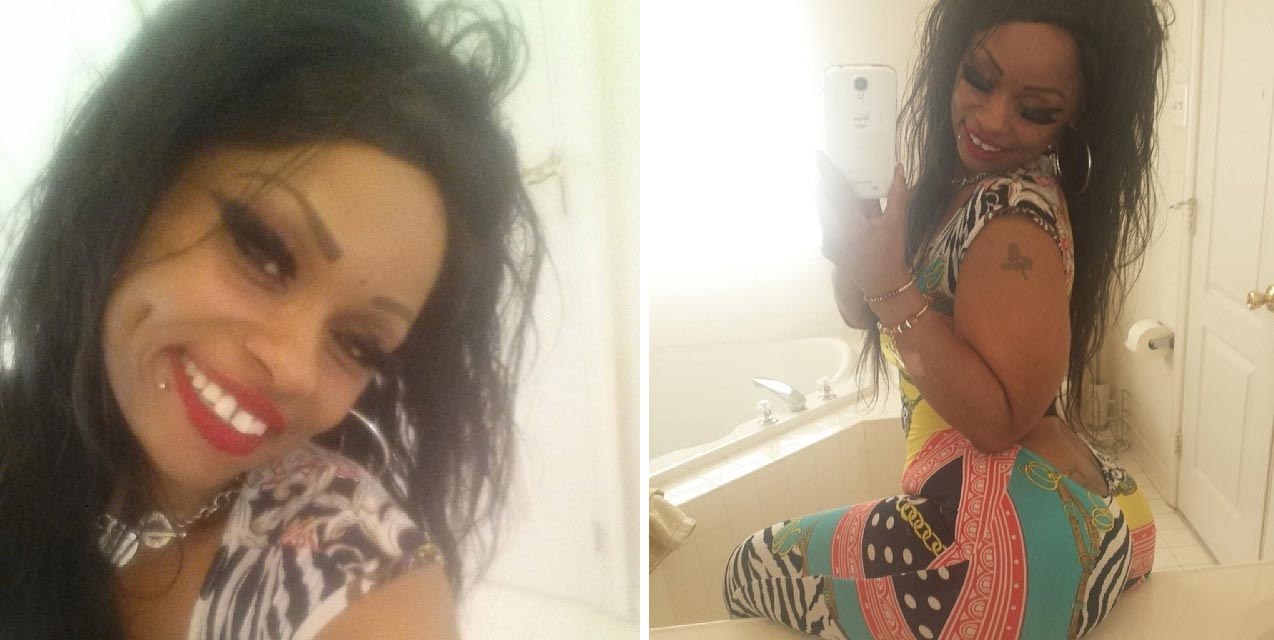 Shalana is Blac Chyna’s mother, her friend, and her supporter. She stood by her daughter’s side during her painful separation from Rob Kardashian.

In her young years Shalana, who was also known under the name “Tokyo Toni” was a popular strip dancer. In 2014 she founded the company, which area of activity is connected with the entertainment industry.

Shalana married Chyna’s dad in the late 1980s, and then she was just 20 years old. She separated from her husband when their only common child was at an early age. Since then Mrs. Hunter-Jones didn’t communicate with the father of her daughter. They reconciled many years later in an episode of “Rob & Chyna” reality show.

Shalana Hunter-Jones re-married another man, Marcellus Hunter, but their relationships were complicated, too.

Eric is Blac Chyna’s father. He was estranged during his famous daughter for years. The man met his girl Blac Chyna again when she was pregnant with Rob Kardashian’s kid.

Eric Holland is a person of a hard fate. He had lots of altercations with the police. The man was arrested numerous times – for thefts, robberies, and refusals to pay child support money to mothers of his children.

Camille is Chyna’s paternal half-sister, whose age is really close to Blac Chyna’s – she is just a couple of months younger than her popular sibling. That news was shocking for Chyna’s mother, who met Camille at the family dinner. She understood that her ex-husband cheated her.

Camille and Chyna have friendly relationships, although they are not very close because they met quite late – both had been adults at that time already.

Eric Jr. is Chyna’s paternal half-brother. He resides in Richmond, VA. He serves as the director at a local company. Eric is in relationships with a woman, named Amanda. Recently, they have announced that they are expecting a baby.

Brittany is another Chyna’s half-sister, whom her father conceived when he was still married to Tokyo Toni. She was also present at the family dinner, which Chyna arranged to introduce her then-fiancé Rob Kardashian to her family. 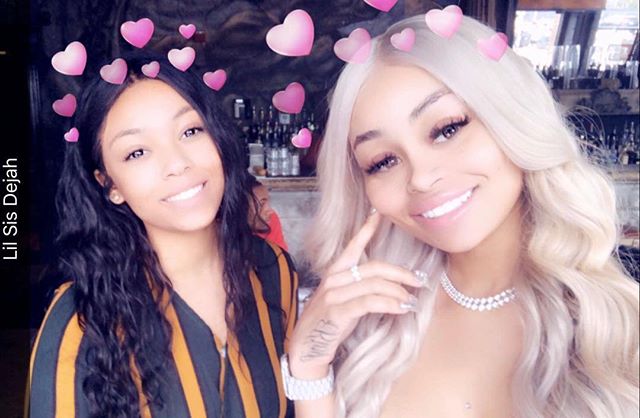 Dejah is Blac Chyna’s little half-sister from the paternal side. She gained wide social media following because of her famous relative. Later the girl closed her account.

Dejah was present at Clac Chyna and Rob Kardashian’s baby shower in October 2016.

In general, Blac Chyna has nine half-sisters and two half-brothers from her father’s side. They are from 6 to 36 years old. The names of her some other sisters are Shanel, Summer, Erica, and Piere. Blac Chyna isn’t close to them. They don’t know each other properly.

She is an American dancer, social media star and entrepreneur. She is known for her hot curvaceous body and extraordinary public behavior. Besides, she gained popularity as a person, who dared to start a confrontation with the Kardashian family.

Born Angela Renée White spent her childhood years in Washington, USA. She attended high school, but studying was not her main interest. She was just a teen girl when she decided to become financially independent of her parents. At the age of 15, she found her first job – at McDonald’s.

Angela earned some money, but that was not enough to satisfy her ambitions. That’s why she was looking for another occupation. Thus, she came to striptease. The young girl danced at a strip club, and gradually her popularity and earnings were increasing. She saved enough money to pay for University education. Thus, the girl entered Johnson & Wales University, situated in Miami, Florida. During several years she joined strip dancing at the club with studying. That was hard, and she could fall asleep during the classes. Finally, she quit her education and focused her mind on dancing.

Her popularity grew even bigger after she was discovered as a model. Her hot pictures appeared in many men’s magazines, like “Dimepiece” and “Straight Stuntin”, and her fan base immediately increased.

In the 2010s she moved her way to the television world. The rapper Drake mentioned her name in his song “Miss Me” and then she made an appearance in Kanye West music video “Monster”.

Now Black Chyna boasts with the title of the social media star. She is also a business lady, who founded the brand “Lashed from Blac Chyna”. She offers her stylish clients’ eyelash extension.