Is Brent Rivera a gay/bisexual?

What is Brent Rivera marital status?

Who are Brent Rivera parents? 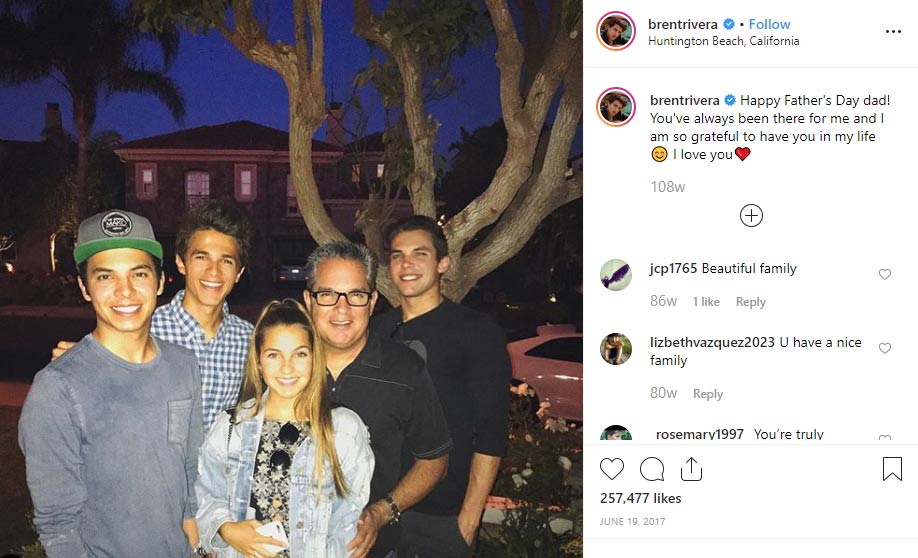 Brent doesn’t disclose the name of his father and his occupation. But he doesn’t hide the fact that his dad has always been an inseparable part of his life and his supporter. He never forgets to congratulate his father on any occasion, and yes, he jokes about him in his videos sometimes. 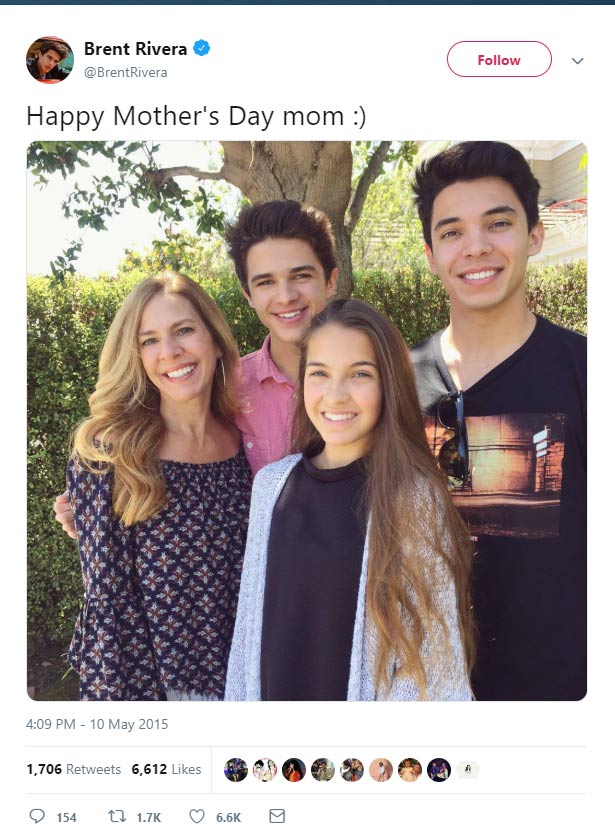 Brent’s mother isn’t present on social media, but she stars in some of her son’s videos. Laura is a witty beautiful woman, who is keen on cleaning. Brent has Mexican roots from his mother’s side. Her maiden name is Laura Marie Paternoster.

Brent and his mother have a close bond. On Mother’s Day, he congratulated his mom and confessed, that she is the best person in the world and he was blessed with such a supportive parent. Laura appeared in a number of his YouTube videos, such as “My Mom Goes Through My Phone!” and others. 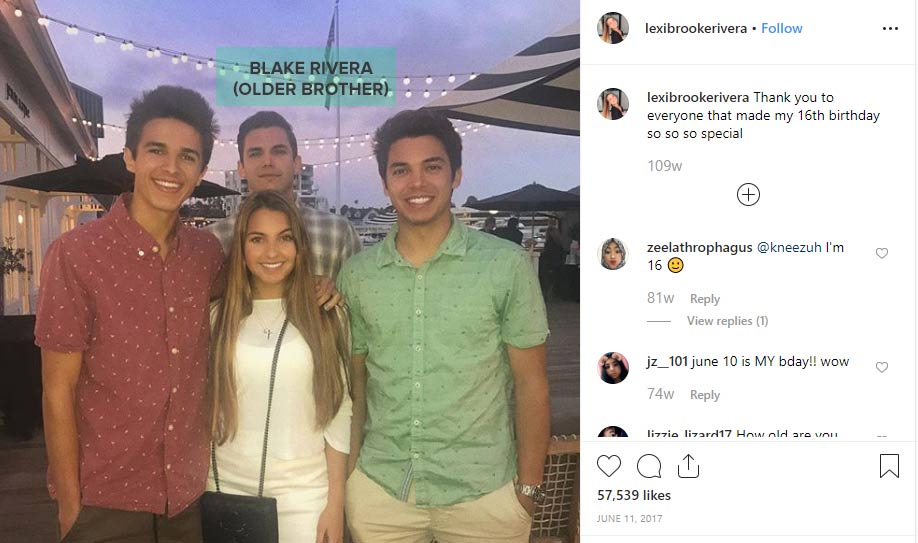 Blake is the oldest kid in the John and Laura Rivera family. Unlike his younger siblings, he is not interested in social media activity. The young man studied at Long Beach State University. He played for the University hockey team. Blake is in great terms with his siblings and parents. 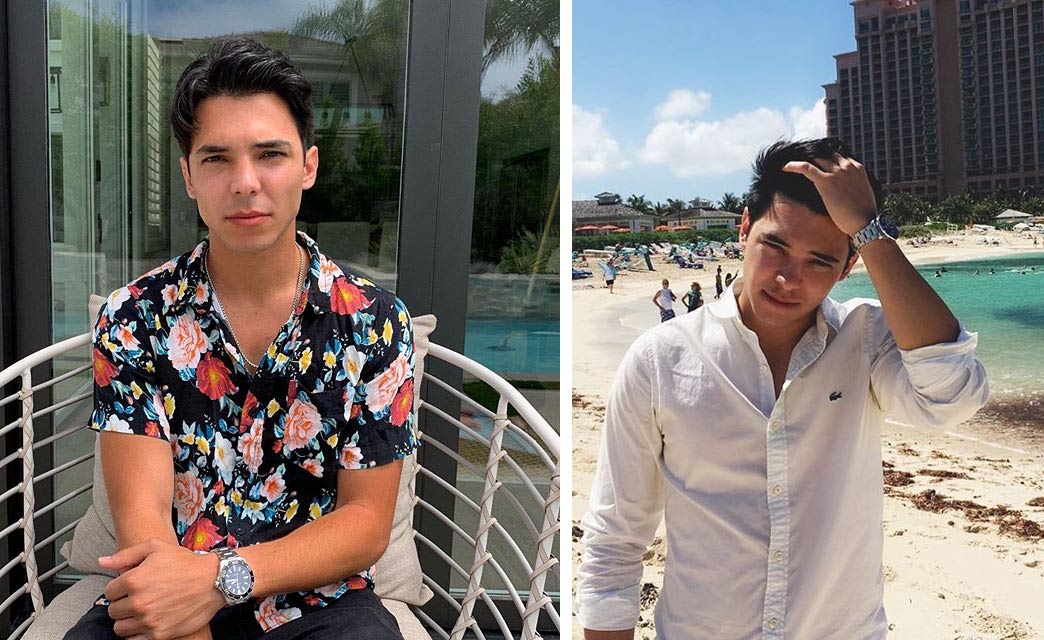 The name of Brent’s older brother is Brice. He is an Internet celebrity, too. Brice’s Instagram account boasts with 220k+ subscribers. He posted short films on Vine, as well.

The young man is 22 as of now. He resides at Huntington Beach, CA. He is rumored to date another Instagram star, Cloe Feldman. 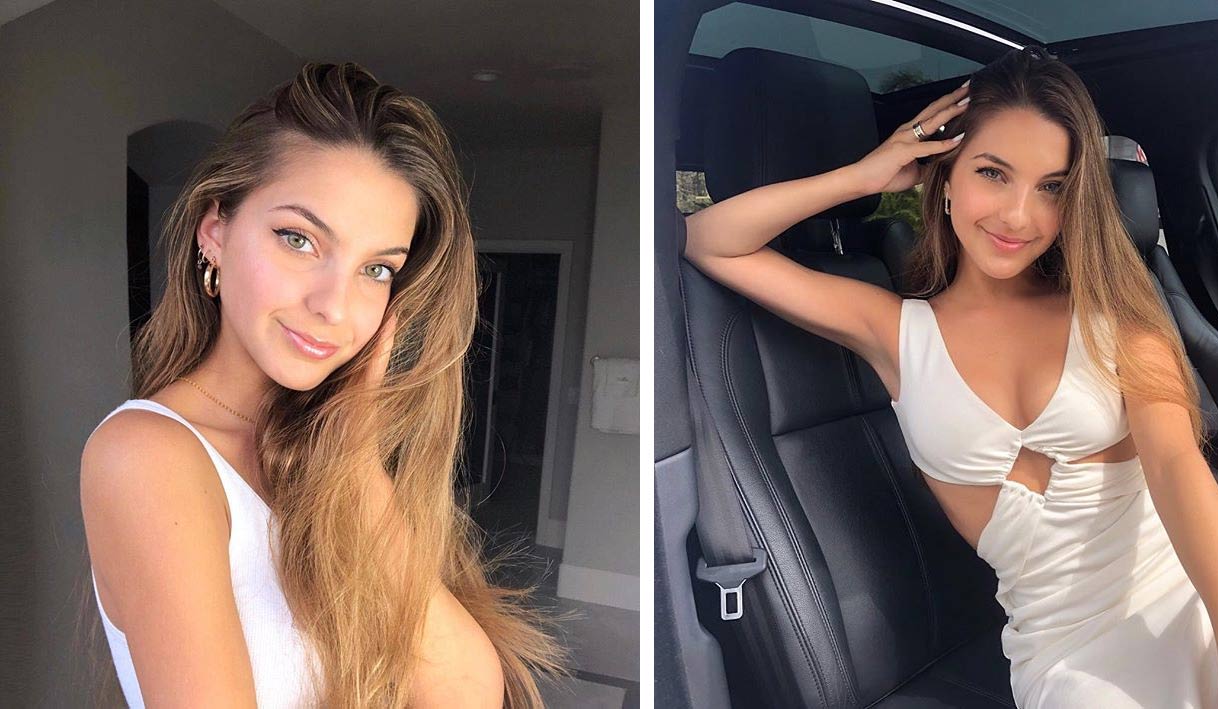 Brent’s younger sister is a celebrity, too. She is widely known as Lexi Rivera, or Alexa, who boasts with more than 3 million followers on Instagram. Lexi runs a YouTube channel, too.

She attracted public attention not just as Brent’s sibling, but also as a talented gymnast and as a real beauty. Her green huge eyes are considered by her fans as her most attractive feature.

Lexi is just 18, but she has already found her love. Since 2018 the girl has been dating a skateboarder Ben Azelart. They attended her prom party together.

Brent Rivera is an Internet sensation, who essentially became popular overnight. He boasts with the large fan base on various social media sites, including Instagram and YouTube. It seems, that Brent is sure that entertaining people is his cup of tea and plans to build the career of a comedian and singer. He has already appeared in a couple of films, like “Alexander IRL” and “Light as a Feather”.

The audience truly fell in love with him in 2013, when he created an account on the Vine platform. More than 8 million viewers watched his great funny pranks. The Vine success helped him attract attention of the audience to his other projects. Now his YouTube channel “MrBrent98” is watched by 8, 9 million fans. His Instagram account counts 14, 9 million followers.

Brent Austin Rivera comes from Huntington Beach, California. He is the third of 4 children in his family. He was a good pupil at Huntington High School, from where he graduated in 2016. He studies in college as of now.

The boy got interested in making home funny videos at the tender age of 10. He was just 11 when he founded the channel on YouTube. His challenges, pranks, and collaborations attracted massive attention to him.

Now Brent Rivera shots videos and makes hot pictures for his numerous social media accounts almost every day. The hobby turned into his full-time job. He plans to add acting to the long list of his activities. In 2014 he tried his hand in singing and released the track “Doubt Your Doubts” through iTunes.