Is Brian Deegan a gay/bisexual?

What is Brian Deegan marital status?

Who is Brian Deegan wife? 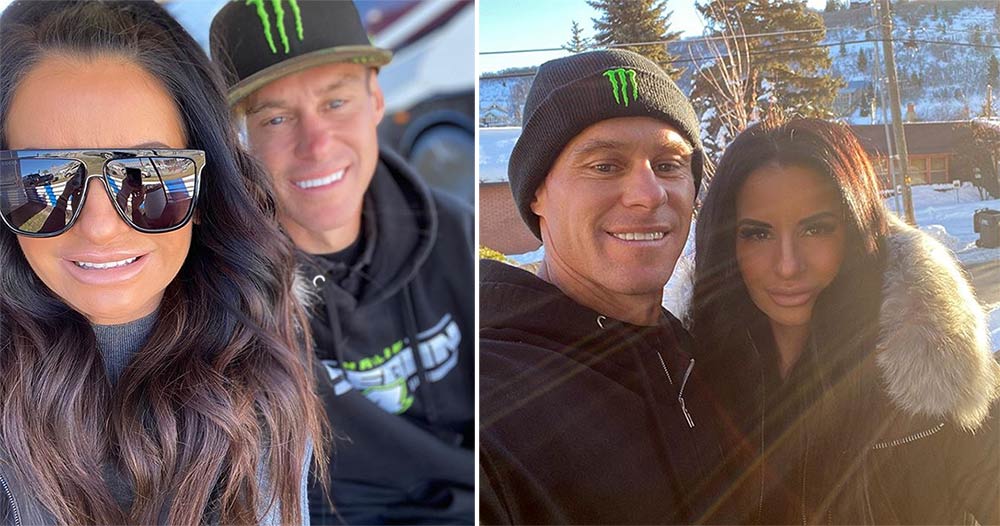 Marissa Shay Deegan, born as Leonti, grew up in California. She was raised by a single mother with her five siblings.

She got married a motorcyclist Brian Deegan in 2003. She stood by his side in 2005, when he almost lost his life while he was riding for “Viva La Bam” reality series. Then Brian tried to make a back-flip on his bike, but that plan failed and the handlebars hid him very hard. As a result, he lost his kidney and almost lost his life.

Now Marissa and Brian live happily in California. They are the parents of three amazing kids. Marissa is very active. She runs Deegan Motosports shop with her husband, cares about her family members and practices yoga. 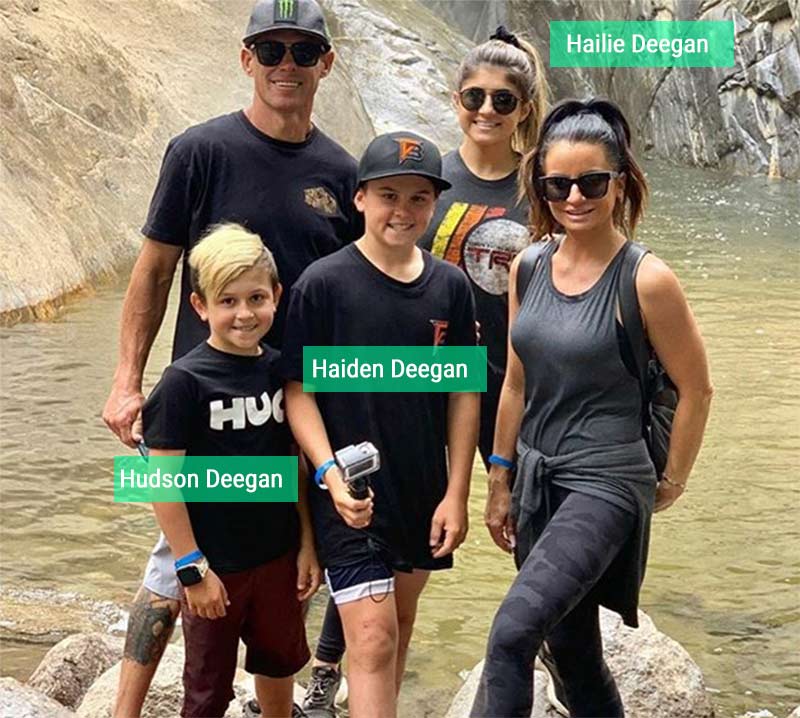 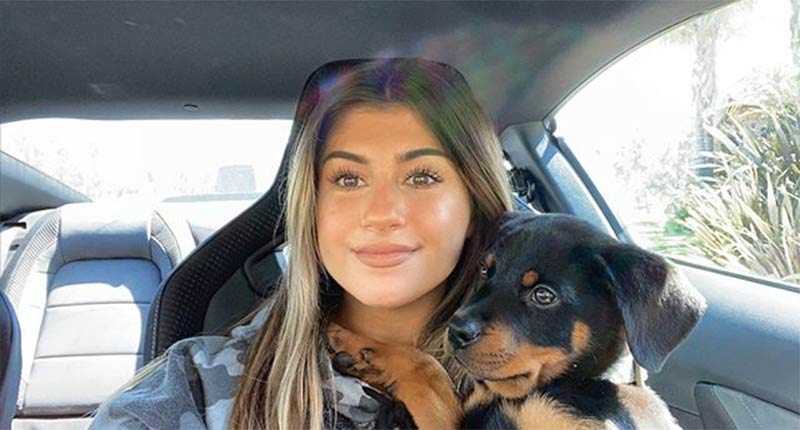 Probably, there’s no need to introduce this lady to the lovers of car racing. She is known not just as a beloved daughter of Marissa and Brian Deegan but also as a professional racing driver.

She was born in Temecula, the famous tourist resort in California. Inspired by her famous father, she started to drive a car at a tender age of 7. In 2013 she participated in the championship for juniors, arranged by Lucas Oil Off Road Racing Series and won it. Thus, she has become the first female racer to win such a championship.

Now Hailie continues to surprise the world witrh her achievements – she has become the NASCAR driver and won the K&N Series two times in a row. She became the ARCA Menards Series driver and has alaredy demonstrated high level of professionalism there. Nevertheless, for her parents she remains a sweet little girl. 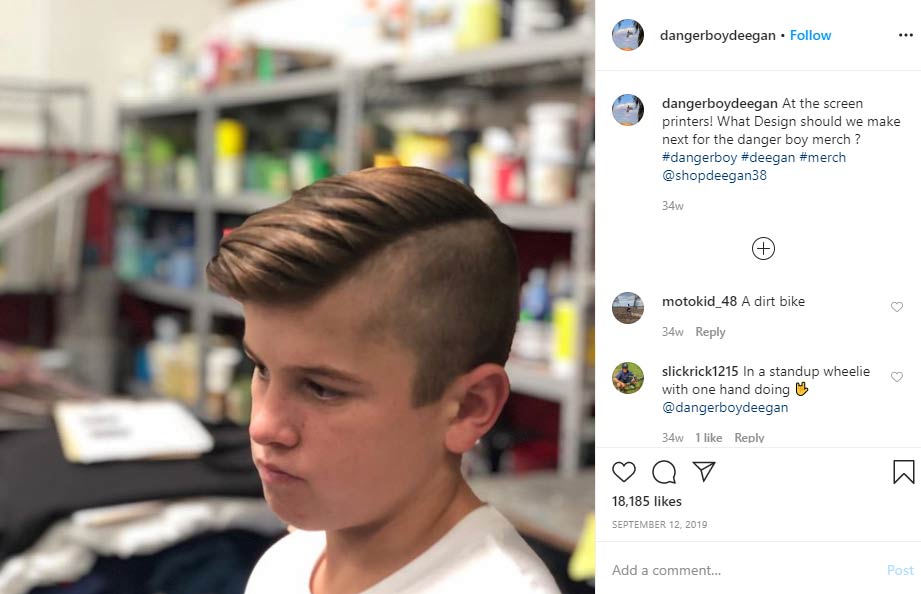 Racing is in his genes, and Haiden proved it in 2011, when he started driving at the age of 6. Now he is nicknamed in press outlets as “the motocross wunderkind”. In spite of his young age, he has a long list of achievements, including winning Loretta Lynn Championship. Many fans consider him as the probable successor of his father. 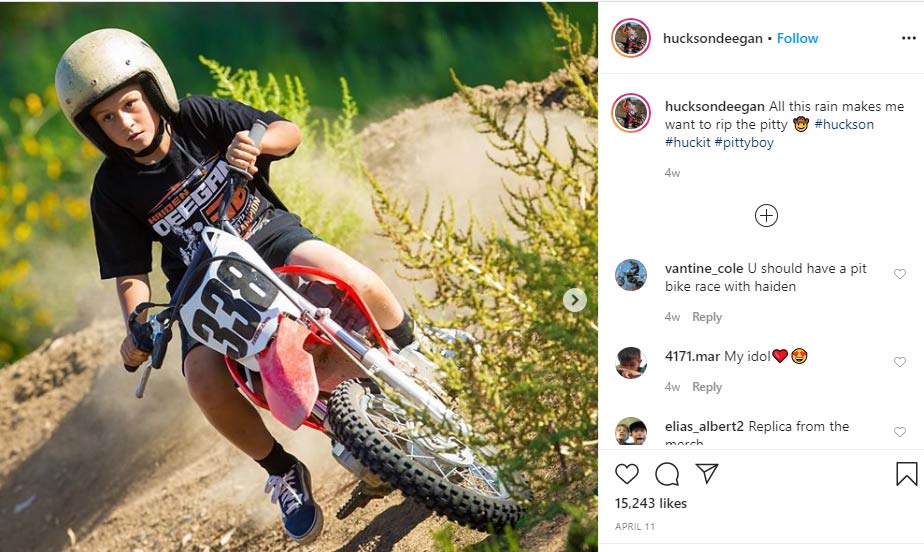 There’s the third child in the Deegan family, who followed his father’s footsteps. Hudson Deegan began to drive at the tender age of three. He made great videos of his riding (probably, with the help of his parents) and uploaded them on Instagram. Very quickly he gained a massive following there. His driving skills have already been praised in numerous issues. He even earned sponsorship from  the Metal Mulisha site.

Who are Brian Deegan parents?

Brian knows that his success would not have been possible without his dad. His father wasn’t connected with motorbike races at all, and he knew almost nothing about it. Nevertheless, he supported his 10-year-old son Brian, who begged his father to buy him a bike.

He bought a bike, and then took his little boy to the races, having sacrificed his time, his after work rest and to some extent – his career. But now he can be incredibly proud of his son.

John Deegan III was born in the family of RoseMary Groetken and John F. Deegan II. He has 11 siblings. John was married to Mrs. Deegan during many years and welcomed three sons with her (including Brian). They divorced, and then John became a single parent, and his sons became his responsibility. He earned his living as a school superintendent.

Brian’s mother left the family, when he was just 12 years old. It’s hard to tell, whether they stay connected nowadays. 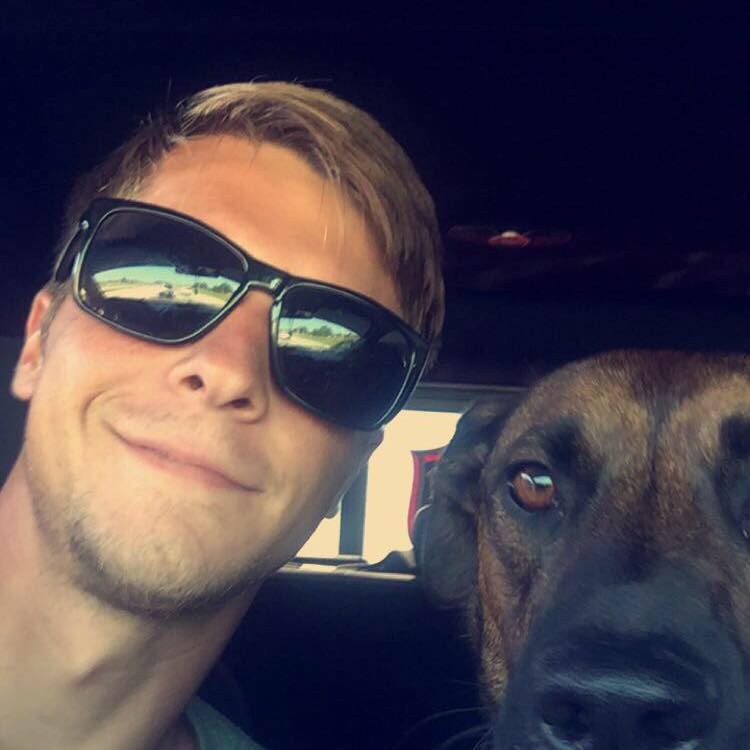 Brian was blessed with two younger brothers. Each of them is closely-knitted with the stellar motorcyclist. Alex Deegan resides in Bellevue, Nebraska. He graduated from Bellevue East High School. He works as an equipment operator in the construction company “Heimes Corp”.

Mark Deegan is Brian’s youngest brother. He is a Bellevue East High School graduate. In 2017 he finished his studying at Metropolitan Community College. He is working as a car salesman as of now.

Mark names his older brother Brian as his idol. He tells that his brother taught him to love his family and his life and besides proved that everything is possible for a hard-working person.

Mark likes kids. He spends a lot of time with his nephews and nieces. He seems to be single as of now. Previously he dated Kaitlin Balerio, his school sweetheart.

If you are looking for a role model, probably, Brian Deegan is the best candidate for it. He comes from a typical middle-class American family and was the first one in his breed to have any interest in racing. He convinced his father to buy him a bike and started driving it just in the big yard of his house.

After graduation from school he left his home city of Omaha, Nebraska and moved to California. From the earliest years he was sure, that he would become successful, would earn enough to buy a big house and a brand-new car.

But money didn’t mean too much for him. His main love was motocross. He achieved a lot in his profession, but in 2005 his dream (and his health) was almost ruined by a terrible crash. Being a strong-willed person, Brian managed to recover and returned to racing and tried different kinds of this activity – in addition to his favorite motocross he practiced freestyle riding and off-road racing. The latter one brought him additional fame – in 2009 he became the winner of the Lucas Oil Off Road championship.

Nowadays Deegan is, probably, the most decorated modern racer, whose name is one of the loudest in the history of sports.