Is Brittany Matthews a lesbian/bisexual?

What is Brittany Matthews marital status?

People, who inspire us, shouldn’t always be celebrities. Sometimes they can be found among ordinary people, who are not famous as movie stars, don’t have a crystal voice, like singers and don’t set sports records. They are just kind-hearted naturally beautiful boys and girls, who live around us.

It seems that Brittany Matthews is one of such girls. She has never planned to become a famous person; she just fell in love with her school mate, who later turned into an American football star Patrick Mahomes. And now this young lady has become followed on Instagram, Twitter, and Facebook. We believe that Ms. Matthews has a unique interesting personality. That’s why we want to take some minutes of your time and ask you to read some interesting facts about her and her family.

Who are Brittany Matthews parents? 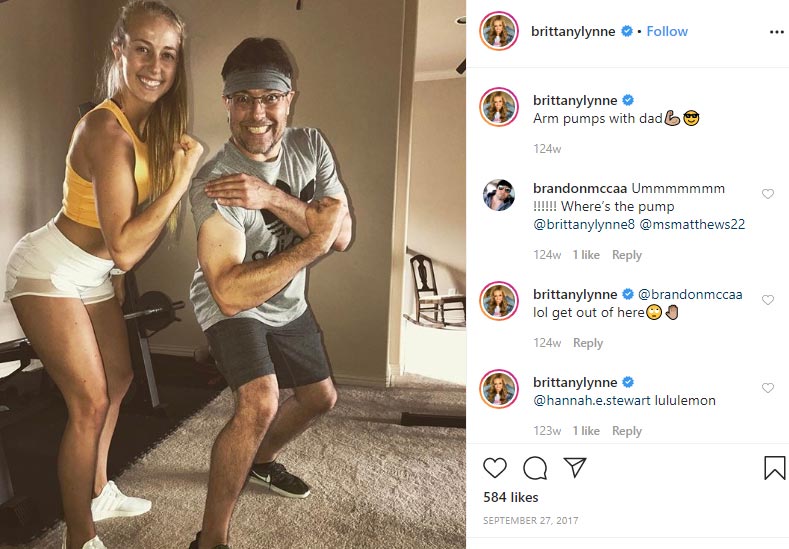 Brittany’s love for her life, energy, and optimism can inspire everyone. The girl inherited these great features of her nature from her father. Her parents divorced, when she was still a kid, nevertheless her father didn’t escape from her life. Still, she is very close to him. He attends with her some matches of her boyfriend Patrick Mahomes. Besides, the athletic father and daughter arrange workouts together from time to time.

Mr. Matthews resides in Dallas, Texas as of now. He works as a healthcare professional, but he is not a doctor, he is a person, who works with health care epic programs. Martin graduated from the University of Texas, where he studied accounting. He is a father of two kids, Brittany and Devin. He is not single. There’s a beautiful dark-haired lady, who graces by his side in various pictures on Twitter. 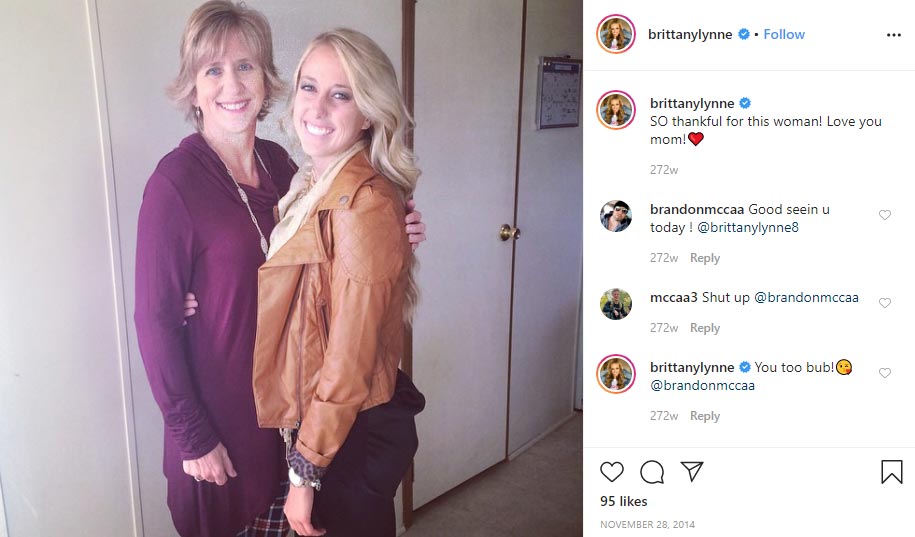 Diana Lynne Matthews is Brittany’s mother, even though both look like sisters in the pictures. Brittany inherited her radiant smile from her mom. Two ladies are very close, and although they live separately (Brittany resides in the house of her boyfriend Patrick Mahomes), they try to spend a lot of time together.

Diana was born in 1965. She is a mother of two; except for Brittany she also has a son Devin. She grew up in Whitehouse, Texas and till now the woman resides there. Diana graduated from Van High School; she continued her education at The University of Texas at Tyler. She earns her living as a physical therapist assistant.

She was married to Martin Scott Matthews for many years, and actually, he is the father of her kids. After their separation, she married Paul Massey, Brittany’s favorite stepfather, with whom she was very close. He had a stroke while he was attending one of Patrick Mahomes’s games. That ended with a tragedy. 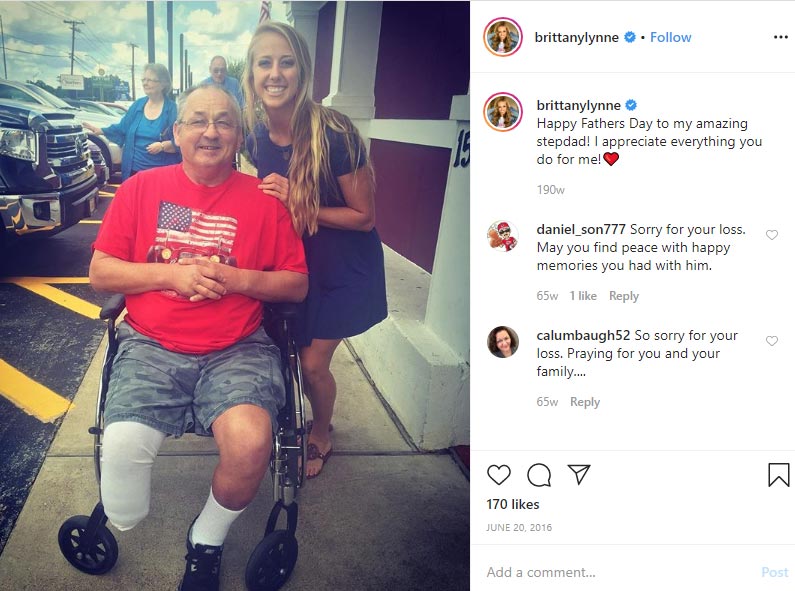 Brittany names herself “a daddy girl” on Instagram. And she was blessed not with one, but with two loving dads. The girl’s stepfather Paul Massey was not blood-related to her, but she was very close to him and thanked him for everything he did for her. That’s why the day of his death has become the worst in her life. Paul attended Patrick’s game at Arrowhead Stadium. Then Mr. Mahomes team the Chiefs played against St. Louis team “Cardinals”. At the entrance to the stadium, he just lost his mind and was immediately taken to the local hospital. That very day he died there.

Paul Massey’s life was not long, but it was active and very emotional. He was a son of James and Naomi Massey. Paul grew up in Odessa, TX, from where he moved to Whitehouse, TX. He was a great specialist in his area of activity. The man worked as a manager at the company “DCD Warehouse”.

Previously, he was married to Cindy A. Massey. They had two kids together, a son Lance Massey and a daughter Jennifer Massey. Paul’s kids both died for unknown reasons at a very young age. His son passed away in 2005, while his daughter left this world in 2013. From his son’s side, he had a grandson Landon, who sometimes appears on Brittany’s Instagram account.

Brittany has an older brother Devin. He is a navy sailor, and his sister is very proud of him. The young man is as well-shaped as his sister and father. He maintains warm trustful relationships with Brittany.

Such beautiful active girls like Brittany Matthews decorate our world and change it for better. She has been dating the rising sports star Patrick Mahomes since 2012, they moved together several years ago, and we wholeheartedly believe that soon two young people will hear the sweet sound of the wedding bells.

She was born on the first autumn day in 1995 and spent the major part of her life in Tyler, Texas. Since the earliest years, she was very athletic, did lots of sports and even was a member of the school soccer team. She met the main love of her life Pat Mahomes at Whitehouse High School. They managed to keep their relationship after graduation, although both were busy with their careers. He started to play for the Chiefs, while she was signed by a professional soccer team. But the girl decided to leave the sports industry after a year. She opened the fitness center and serves as the personal coach there now. Brittany has a degree in Kinesiology, which she earned at the University of Texas. Her second (after sports) passion is dogs. Patrick and she own two dogs and Brit calls herself “the dog’s mommy”.