Chrystie Crownover, who changed her surname for Jenner after marrying Bruce, was born in USA. She was working as a stewardess at the moment she met Bruce and they tied a knot. A couple became parents of Burt and Casey Jenner.

Chrystie stood by her husband’s side when he won an Olympic gold medal in Montreal. After that the woman left her job at United Airlines to become a full-time wife. In spite of their kids, love and prosperous family business – both ran a corporation “8618 Inc.” – they separated in the late 1970s and officially divorced in 1981.

Later Chrystie confessed that her ex opened up about his intention to change the gender. “But that was not the reason of our separation”, she added.

Nowadays ex-Mrs. Jenner is married to Richard Scott. She took his surname and is also known as Chrystie Scott. 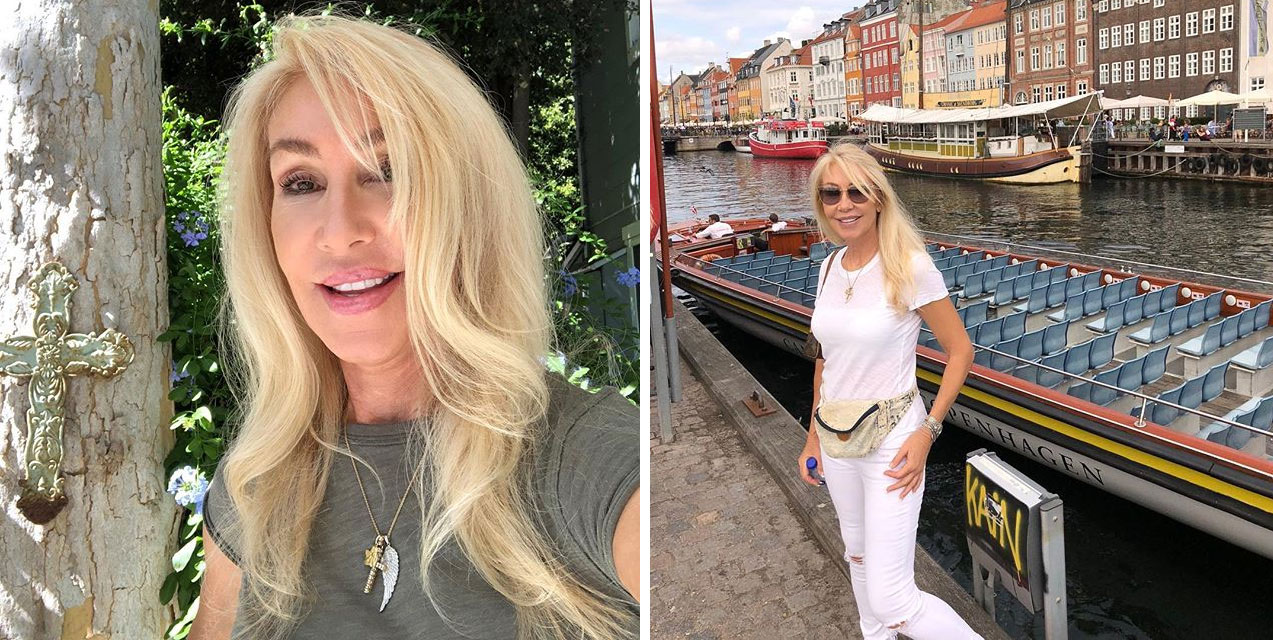 Linda is the second wife of Bruce Jenner, who opened up in her biography that she had known for ages about her ex idea to become a woman. Nowadays she has an amicable relationship with Caitlyn Jenner and very often they spent holidays together, in the company of their sons, Brandon and Brody.

Linda started her career from wins in a number of beauty contests. She moved from modeling to acting and appeared in a number of films, such as “Rabbit Test” and “The Bodyguard” etc.

After her divorce with Bruce, she married another man – a composer David Foster. He inspired her to write lyrics to some of his songs. They authored a number of hit movie tracks, including “I Have Nothing”, performed by Whitney Houston in “Bodyguard”. 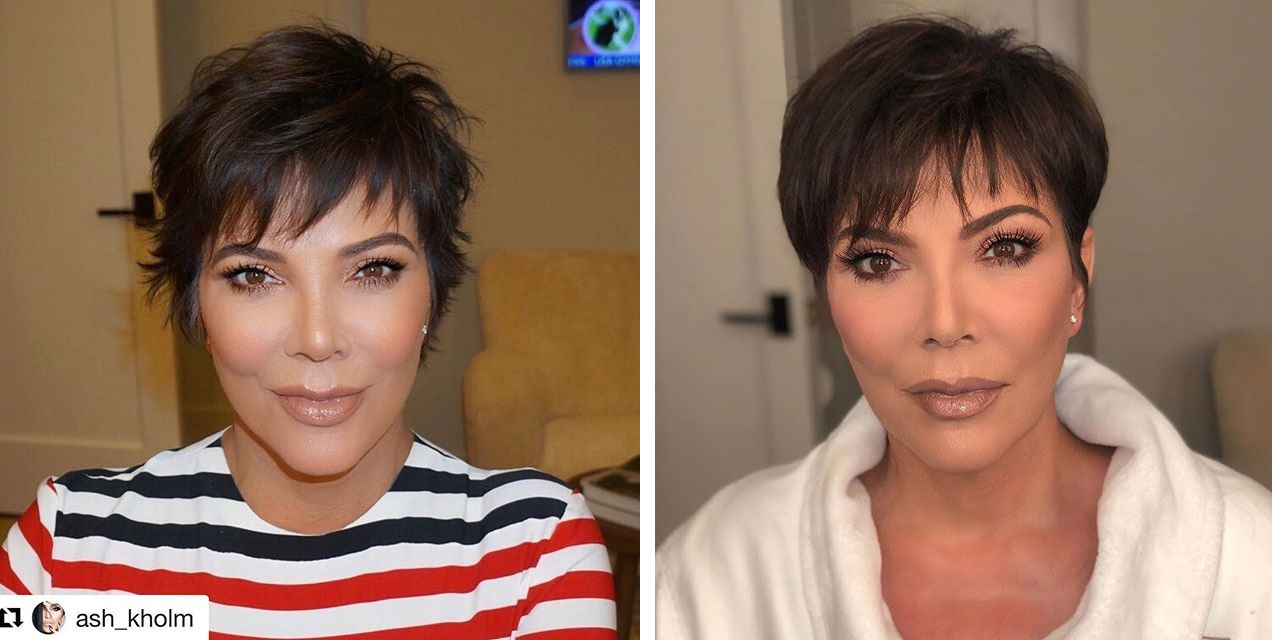 Born in the family of Robert Houghton and Mary Jo Campbell in San Diego, CA, Kris made a long way on top. She married a lawyer Robert Kardashian in 1978, being just 22 years old. That next year she welcomed her first daughter Kourtney. Then she gave a birth to three more Robert’s kids. They divorced after 11 years of married life.

In 1991 she re-married Bruce Jenner. The woman welcomed with him Kendall and Kylie Jenner. It was she, who launched a super successful reality TV show “Keeping up with the Kardashians”. She managed careers of all her 6 kids.

Nowadays Kris is in relationship with Corey Gamble, whom she is 25 years older. 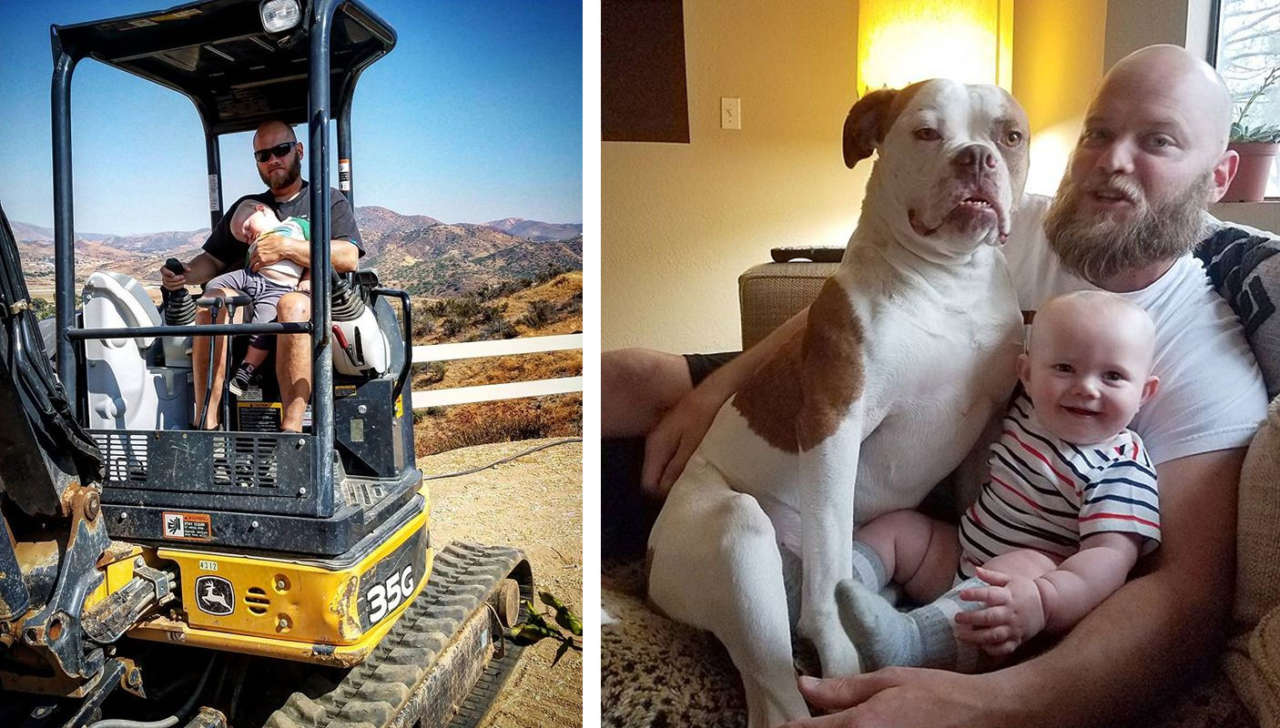 Burt Jenner is the first son of TV personality Caitlyn Jenner, whom he named after his killed younger brother. He was close with his father when the latter one was still a man and was named “Bruce”.

Although the gold medalist Jenner was estranged from his son for years, now they keep in touch, and Burt supports his dad in all his decisions – starting from the split with a wife of 22 years Kris, and ending with his idea to change the gender.

Nowadays Burt earns his living as a dog hotel owner. He never gets tired to tell, that he is a dog lover. In addition, the man is a talented car racer. His first race took part in Indianapolis, where he occupied the 7th and 8th positions in Round 4 and Round 5 respectively. Burt fell in love with racing mostly due to his father, who took the boy for his first race, when the latter one was 13.

Bruce oldest son is married. He has a small son, named Bodhi. 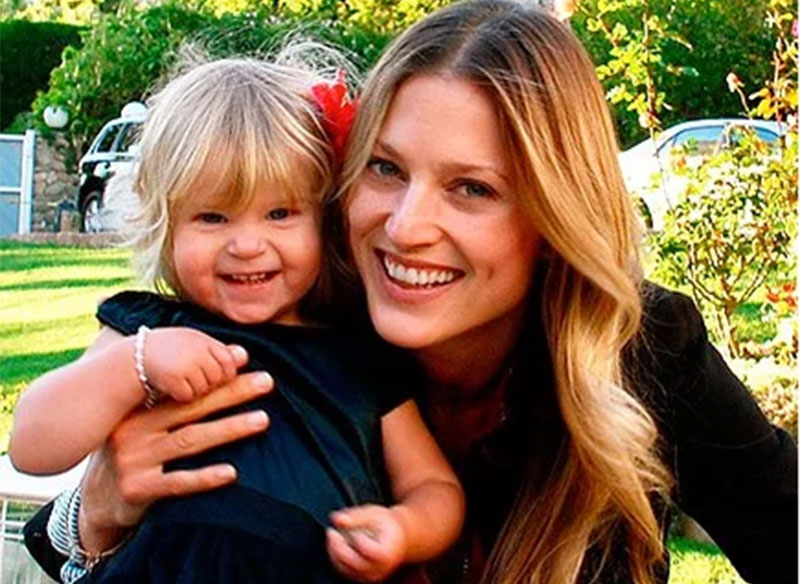 Casey is Burt’s younger sibling. She was born from the same father Bruce and the same mother Chrystie Crownover. Her mom was bearing Casey under her heart when she started a divorce process from a successful athlete.

Having turned into Caitlyn, our hero opened up, that he insisted, Chrystie should make an abortion. He regretted his intentions many years after the event.

Casey has never been close to her father. She didn’t even know his identity until she turned 13. Nevertheless, she got closer with Bruce now, when he turned into a woman and admitted when he was wrong.

Currently, her name is Casey Marino. She is a wife of Michael Marino and a mother of their two daughters and a son.

The third child of Bruce Jenner was born in the early 1980s. The name of Brandon’s mother is Linda Thompson, she is an actress, model and lyricist.

His parents divorced when Brandon was in his early childhood, but that didn’t prevent him from becoming friends with his father.

Brandon fell in love with his future wife Leah Felder during his years at a high school. They both got closer because of common love to music. Leah was a daughter of a popular guitarist Don Felder, so music was in her genes.

They got married and formed a duo “Brandon & Leah”, which rose to fame after they recorded a soundtrack to the reality show, launched by Brandon half-sisters Kylie and Kendall. Unfortunately, the couple split after the birth of their first daughter Eva James Jenner. 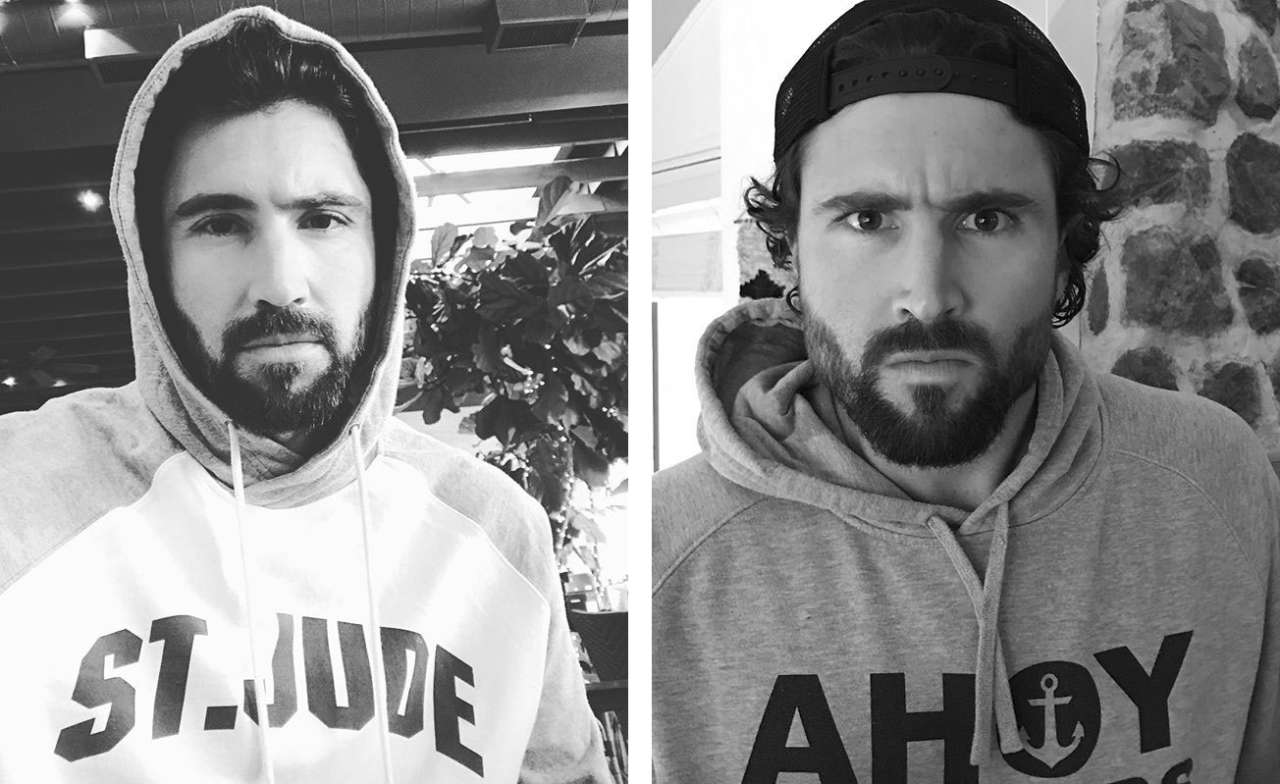 Sam Brody Jenner is another reality star in the family. In the company of his older brother Brandon and their mother Linda he launched the reality series “The Princes of Malibu”, and although it wasn’t long-term project, that was a great start, which later continued for him with the series “The Hills”, premiered at MTV.

He is a real Lovelace and has a long list of famous exes. He dated a singer Avril Lavigne, an actress Nicole Richie and others. But now his heart is not free. He is a married to a long-term girlfriend Kaitlynn Carter, a blogger. Unfortunately, none of the Jenner-Kardashian family attended his wedding in June 2018.

Nowadays the man has a busy schedule. He founded the jewelry line “Archangel” and is engaged as a DJ from time to time. 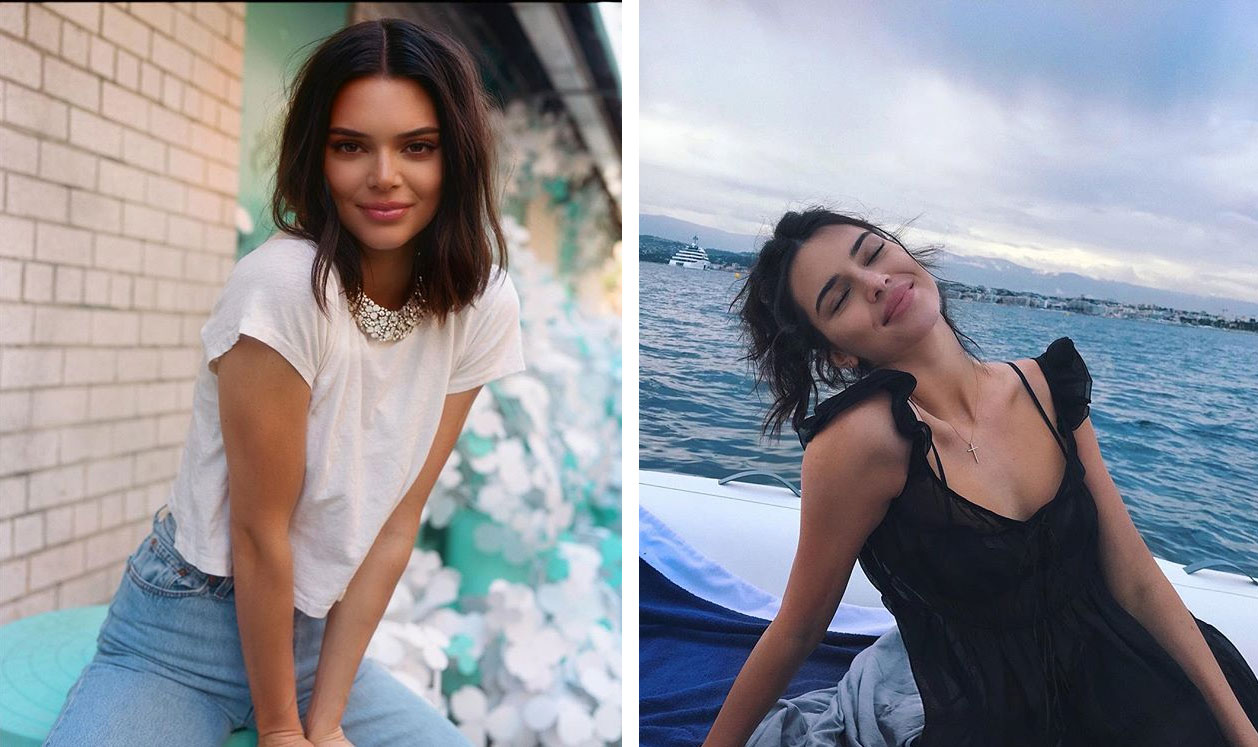 The first daughter of Bruce and Kris Jenner, she inherited her father’s athletic tall stature and her mother’s business talent. The girl, who grew up under the watchful public eye in “Keeping up with the Kardashians”, turned into a famous model, the constant participant of Victoria’s Secret show, the co-owner of an apparel brand “Kendall & Kylie” and the host of red carpet events. 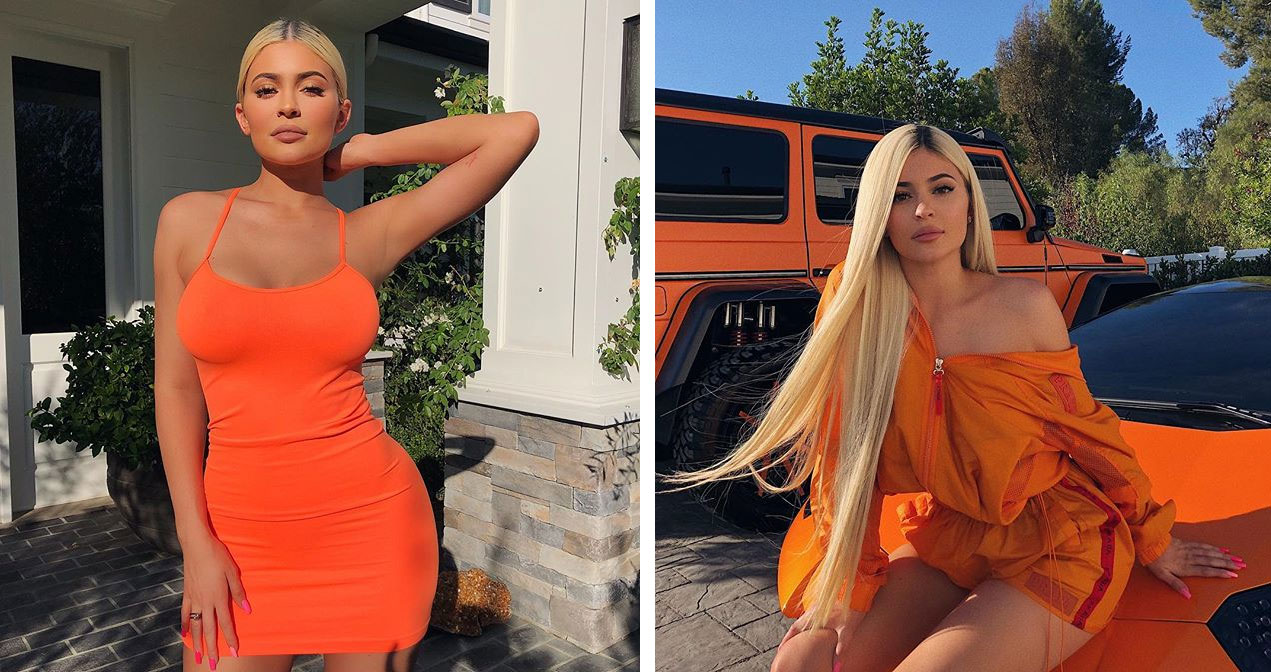 The brand-new mother of a pretty girl, named Stormi and a supportive girlfriend of a rapper Travis Scott, Kylie Jenner has built a cosmetics empire and started her own reality show “Life of Kylie” at E! channel.

Bruce Jenner sports phenomenon was possible only due to his father. He supported his son’s interest in American football and stood by his hand after he got a knee injury and had to change the flow of his career to the decathlon.

William (Bill) was born in Canada. He was married to Esther McGuire and had two sons and two daughters with her. He earned his living as a tree surgeon. He died on the last days of 2000 in his house in Carnelian Bay, CA.

A mother of 4 kids, Esther is in great terms with her son-turned-daughter Bruce. In one of her interviews, the woman told, that she is proud of her famous kid “even more, that when he took home gold medals”. Nevertheless, she still names him Bruce, not Caitlyn. His mother confessed that as a teen Bruce liked to put on some items from her wardrobe.

In 2015 Esther fell down and broke her hips. She was taken to a hospital after that.

Pamela Jenner, who changed her surname to Mettler, is Bruce’s close friend. She was the first, who knew about her brother’s awkward feeling in his body and his dream to become a woman. She prefers to stay out of limelight but came out of the shadow to give a number of interviews about Bruce early years after his “transition into a woman” news. She is married to Peter Mettler.

Harold Burt was the third kid of Bill and Esther Jenner. He was a high school pupil when his big bro Bruce won a gold medal. To please his teen sibling, Bruce gave him a key from his luxurious Porsche. Harold invited his school love Judith Hutchings to ride with him. Both died almost immediately after a terrible accident – their car crashed into an utility pole. To honor his late brother, Bruce named his first son as Burt.

Lisa Jenner is the youngest kid in Bill and Esther family. She serves as a property manager. Lisa keels amicable relationship with her brother. She was a guest at his show “I Am Cait”.

He was born in the family of an arborist William Jenner and his wife Esther.

Bruce was keen on American football in his teens but had to forget about this kind of sports after an injury. Then, following his trainer’s advice, the young man turned his face to the decathlon. In 1970 Bruce debuted at Des Moines decathlon competition. He occupied the 5th place. From the 1970s to 1980s Bruce was focused on his career of an athlete. Frankly speaking, the man really reached the peak in this area. He occupied the second place at the national decathlon competition. Then in 1975, he set the world record in the decathlon in Munich and finally, became a champion at the Olympic Games in Montreal.

In early 1980s Kylie’s father changed the focus of his attention from sports to the cinema and television industry. In spite of unsuccessful first attempts, He rose to fame as a reality star and husband of Kris Jenner, with whom she had two daughters – Kendall and Kylie. He has four more kids from his previous two marriages. In addition, he used to be a loving stepfather of Kris Jenner’s kids, including Kim Kardashian.