Is Charo a lesbian/bisexual?

What is Charo marital status?

Who is Charo husband? 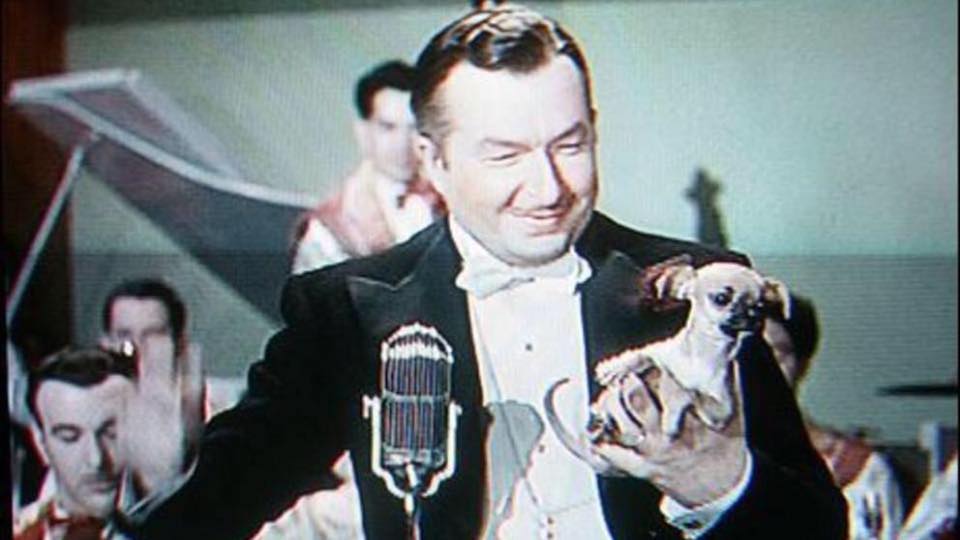 Charo was legally married twice in her life. Her first husband was named Xavier Cugat. He was that person, who helped Charo to start her career in the USA. He was the US citizen, and “Cuchi Cuchi” singer became a resident of that country through her husband. Xavier and Charo had a 40+ year age gap. Nevertheless, they were an item for 8 years. Despite all gossips about their marriage (some people called it “fake”), they managed to keep love and respect to one another through years.

Xavier Cugat was a talented musician. He was born in Girona, the city in Spain. His family moved a lot during the years of his childhood. He was 5 when his parents resided in Cuba. But they didn’t stay in that country for long, and soon relocated to the USA. Thus, Xavier spent his teen years in New York. There he started his career as a musician with a band “Gigolos”. Very soon the group, which performed Latin-American music, became famous in the USA.

Mr. Cugat had been married four times before he met Charo. His fourth wife, Abbe Lane, was a member of his band. She unexpectedly left him, and Xavier immediately found the replacement for her. He invited to the band the young, bright, and hot Charo.

The couple parted their ways in 1978. After that Xavier didn’t go down the aisles with any other woman. He performed with his band at various TV shows and on the radio. During many years he shared his time between Los Angeles and New York and was very focused on his career. In 1971 he had a heart stroke, and after that, he had to finish the active phase of his career.

He died in 1990 in Barcelona, Spain. The reason for his death was a heart attack. 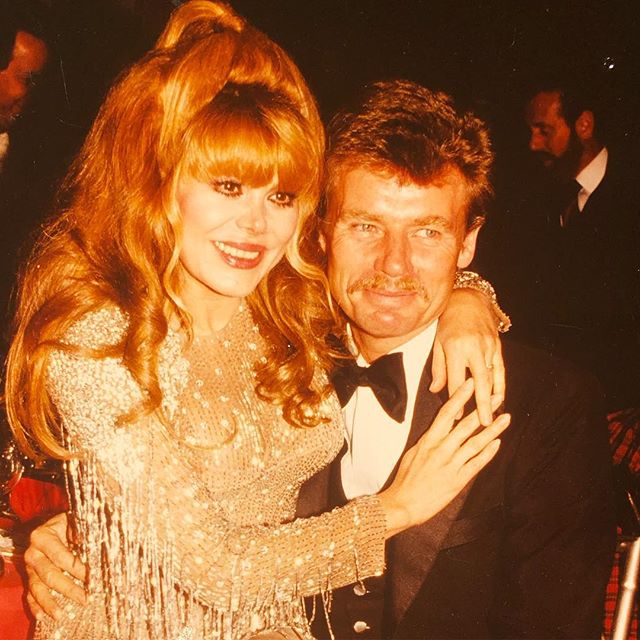 Probably, the main love of her life was her late husband Kjell Rasten. He was a film producer, and Charo met him at the Golden Globe ceremony. They started dating and got married soon. He became the father of her only son Shel.

Kjell comes from Stockholm, Sweden, but he spent the major part of his life in the USA. He produced several super-successful movies and TV series, among which the TV specials “Robert Young with the Young” and “International Championship of Magic”.

Charo and Kjell’s romance was hot and fast. They wedded on August 11, 1978. Three years later the couple welcomed their only child – a son Shel.

During many years Mr. and Mrs. Rasten were happy together. They appeared in public very rarely during the recent years. One of their latest appearances was on the episode of the show “Celebrity Wife Swap”.

After that, the fans didn’t hear at all about Kjell and his wife. But in February 2019 the singer wrote an emotional post on Facebook, where she told about her husband’s death. It turned out, Mr. Rasten, who suffered from severe depression, committed suicide. He didn’t leave any message to his wife, which made her so upset. In her interview with “The New York Times,” Charo told, that one day she dreamt to find Kjell in Heaven and tell him, that she was looking for that message for years. 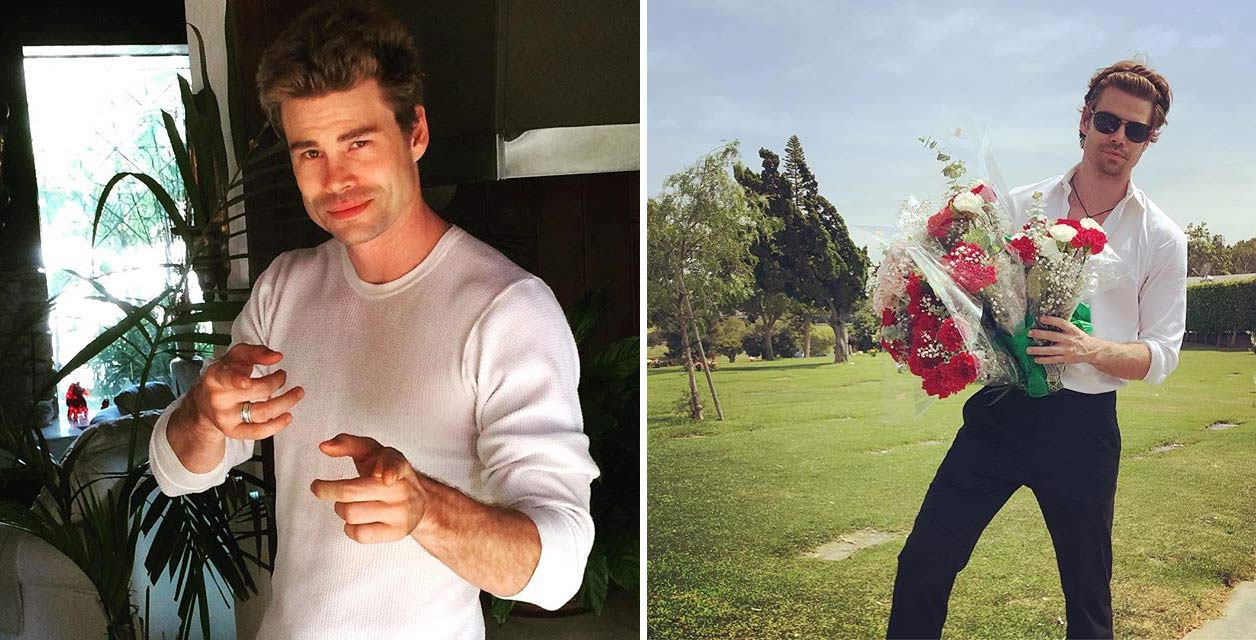 Charo was a star in the late 1970s- early 1980s, and she didn’t plan to get pregnant at that time. That’s why, when she learned, that she would become a mother, she was shocked and didn’t tell anyone about it during the first trimester of her pregnancy. She welcomed her only son in 1981, and five years later she decided to put her acting career on pause to spend more time with her child.

Now she tells that the decision to get pregnant was the best in her life and she advises to each woman, who hesitates, at least once in her life to become a mother.

Nowadays Shel Rasten is an entertainer, too. He has participated as an actor in many TV shows, which include “CSI: Crime Scene Investigation” and “Baskets”. He is also a rock singer, who released his debut set of songs “Happy Tuesday” in 2015.

Shel and his mother maintain close relationships, he visits her very often. The man is not married and doesn’t have kids as of 2020.

Who are Charo parents?

Unfortunately, the name of Charo’s father is not known. She used to tell about him in her interviews, that he was a Spanish-born lawyer and accountant. He had to leave Spain during Francisco Franco’s regime after he had lost all his wealth. He went to Morocco and thus had disappeared from his wife’s and daughter’s lives.

Her mother’s name is not publicized either. It’s just known, that she was a homemaker. After the separation from her husband, she took her two daughters, Charo, and her older sister, and moved to the house of their grandfather. Thus, Charo grew up on a farm. Her grandmother and grandfather helped her to develop her musical talent and hired a teacher for her.

Till now Charo remembers some wise pieces of advice, which her mother gave her. One of them was never to look back. That helped Charo a lot when she lost her husband Kjell because of his suicide. 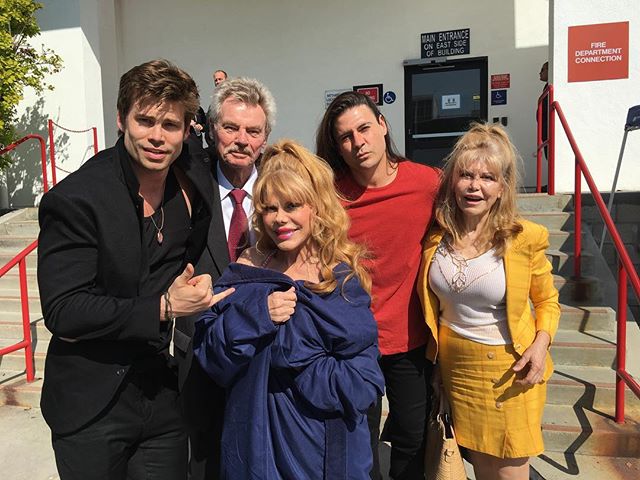 Charo has just one sibling – an older sister Carmen. The girls have always been best friends, and they remain close till now. Carmen is that person, who helped Charo and Kjell develop their relationships. She was by Charo’s side when the singer saw her future husband for the first time and liked him so much. Then Carmen approached him and encouraged to invite her sister for a date.

By the way, Carmen cooked the hot Paella for their first date.

Now the older sister remains the inseparable part of Charo’s life. She designed all those bright clothes, which became the trademark of the Cuchi-Cuchi girl.

Probably, Maria Rosario Pilar Lorenza Emilia Eugenia Martinez Molina Baeza De La Osa Rasten is the most mysterious celebrity on our family site. Known worldwide as Charo, she gained wide popularity in the 1970s, when she released through “Salsoul Records” several disco songs, most of which immediately became popular. People from different parts of our planet sang her songs, like “Dance a Little Bit Closer”, “Let’s Spend the Night Together”, and “Cuchi-Cuchi”. The latter one has become her catching phrase, although nobody knows exactly, what it means.

In any case, Charo was born in Murcia, the south-eastern Spanish city. She comes from a rich family, which went bankrupt because of Francisco Franco’s regime. Charo, her mother, and sister moved to her grandparents’ house. There she was influenced by her grandmother, who noticed the girl’s talent for music and hired a teacher for her. According to Charo’s interviews, she was trained to play the guitar by a famous musician Andrés Segovia. She attended his musical school, which he arranged especially for talented kids from poor families. Charo finished it when she was 16. The girl got an academic education at the convent. At the age of 16, she made up her mind to become a singer. Her first place of work was in the musical band of Xavier Cugat. He fell in love with his young protégé, and in 1968 they got married. After that, she started to perform in the USA.

Charo got wide recognition not just as a singer, but also as an actress. She starred in episodes of popular at that time shows “The Love Boat”, “Fantasy Island” and many others.

She left the stage to devote her life to her only son Shel Rasten. But now the music star is active on social media. She found a way to entertain people through social networks, and she enjoys it so much.