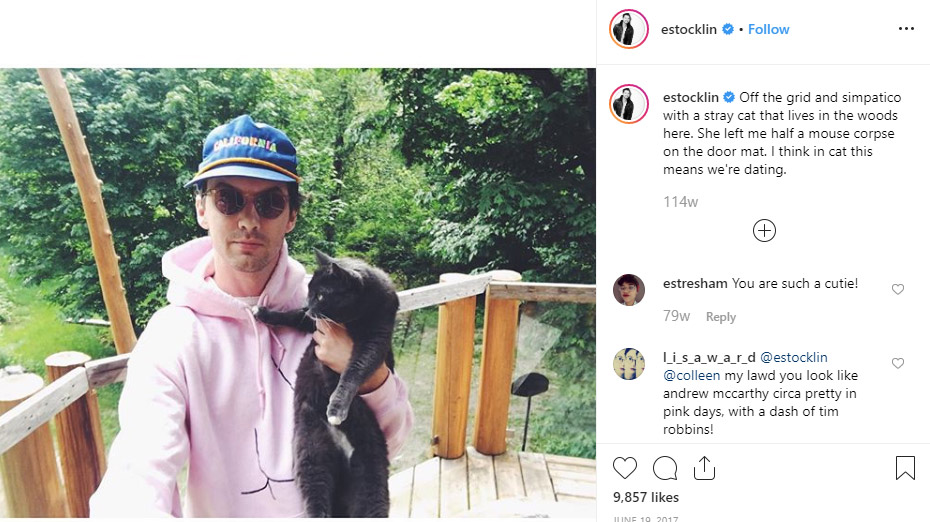 Colleen’s heart was caught almost immediately after her separation from her first husband. In late 2017 she started dating her Haters Back Off co-star Erik Stocklin. In 2018 the couple shared great news about their pregnancy. In late 2018 they secretly tied a knot.

Erik was born in Freehold, New Jersey. He studied theater at Southern Connecticut State University. Stocklin gained popularity after appearances in such shows as “The Vampire Diaries”, “Stalker”, “Girlboss” etc.

He is so close to his wife and their son. 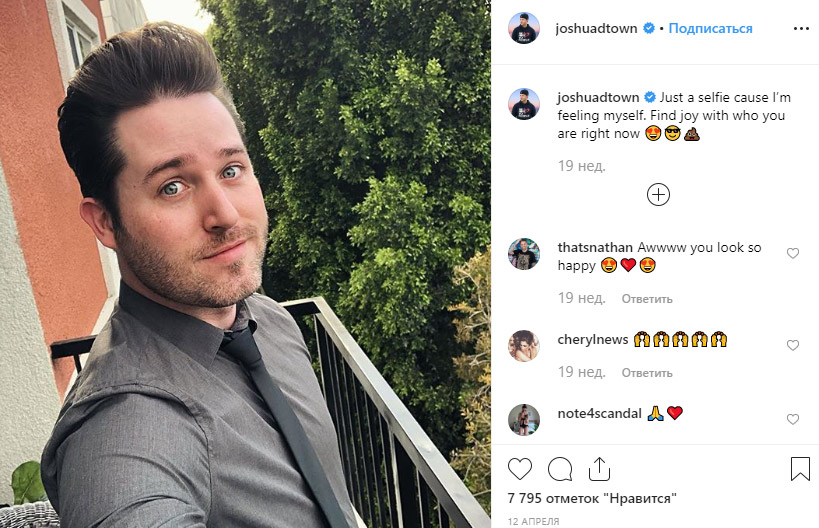 Colleen was married to another YouTube star and popular singer Joshua David Evans. They started dating in 2009 and tied a knot on July 2, 2015. Their wedding video was watched by millions of fans. Unfortunately, the couple separated in 2016. At that time Colleen shared an emotional video about Joshua and their split, where she confessed, that she loved him so much, but their relationships were far from perfect.

Joshua was born in Macon, GA in the family of Bob Gregory Evans and his wife Lisa Bruner. He moved to Los Angeles in middle 2000s and gained a lot of success as the founder of JoshuaDTV channel. He fell in love with Colleen after he watched her heroine Miranda on YouTube. They started dating and got married, but then it didn’t work.

Joshua is not single now. He is married to Pamela Rose Rodriguez, his school love. Colleen is not alone either.

The first child of Colleen Ballinger and her husband Erik Stocklin was born three weeks before the planned date. Three days after his birth, his mother shared a video of his delivery through her YouTube channel.

Flynn is gradually growing up. He tries to walk and has already got his first tooth. The baby boy travels with his parents to their concert shows held in the other towns. As his mom tells, he is a big fan of bananas and sweet potatoes. 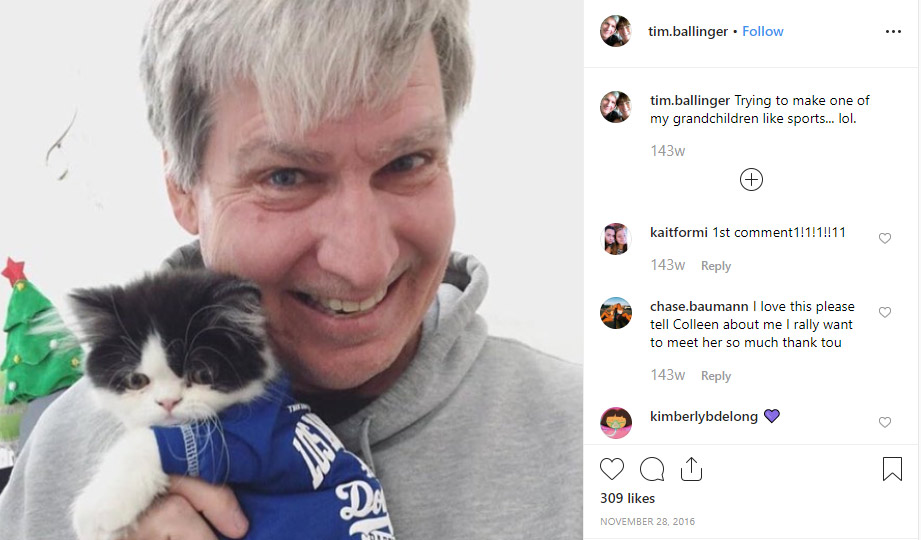 The name of Colleen’s father is Tim. He is very proud of his daughter, who created her show for Netflix.

Now Mr. Ballinger is so focused on his family – his beloved wife of many years, their children and grandchildren. But in his younger years, he made his career actively. The man served as the sales manager. 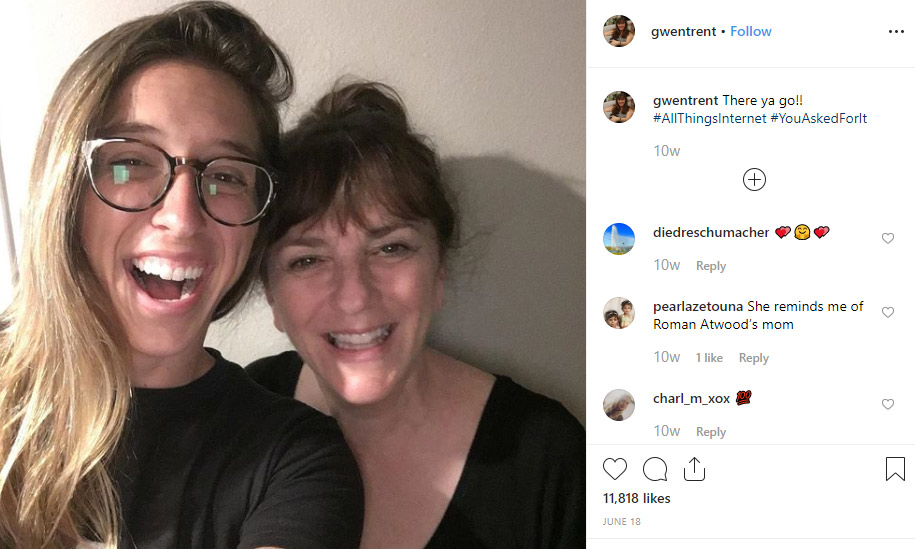 Nobody lives a perfect life – if you think so, then you have never met Gwen Ballinger. The mother of the comedian Colleen is full of joy and energy herself. She posts her funny emotional pictures on Instagram and has already gained a massive following. She boasts with 173k+ subscribers.

Gwen is a mother of four children. She didn’t pursue any career and devoted all her life to her kids. Now she is a proud grandmother and an animal lover. She loves chicken more than other pets. 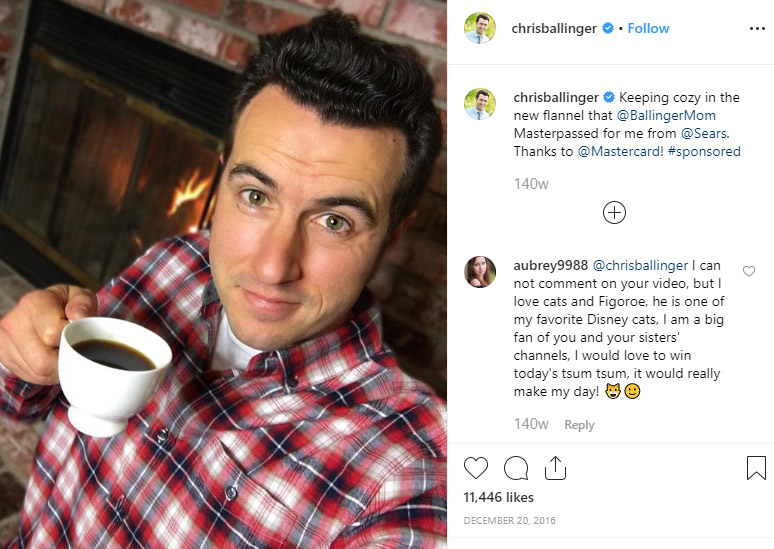 Colleen created her TV show for Netflix with the help and support of her older brother. Chris Ballinger is another creative person in their big family. He is a magician and a YouTuber. Chris hosts the channel “Ballinger Family” with his wife Jessica and their four kids – Bailey, Jacob, Parker, and Duncan.

His wife Jessica is his school sweetheart. They got married in June 2004 at a very young age. During many years magic was just a hobby for Chris, but in 2014, when he was fired from his company, he decided to become a full-time magician. He makes magic videos and family vlogs for his YouTube channel, which has already developed 1, 3 million fan base.

In the company of his famous sister, widely known as Miranda Sings, he co-authored the book “Selp-Helf”. 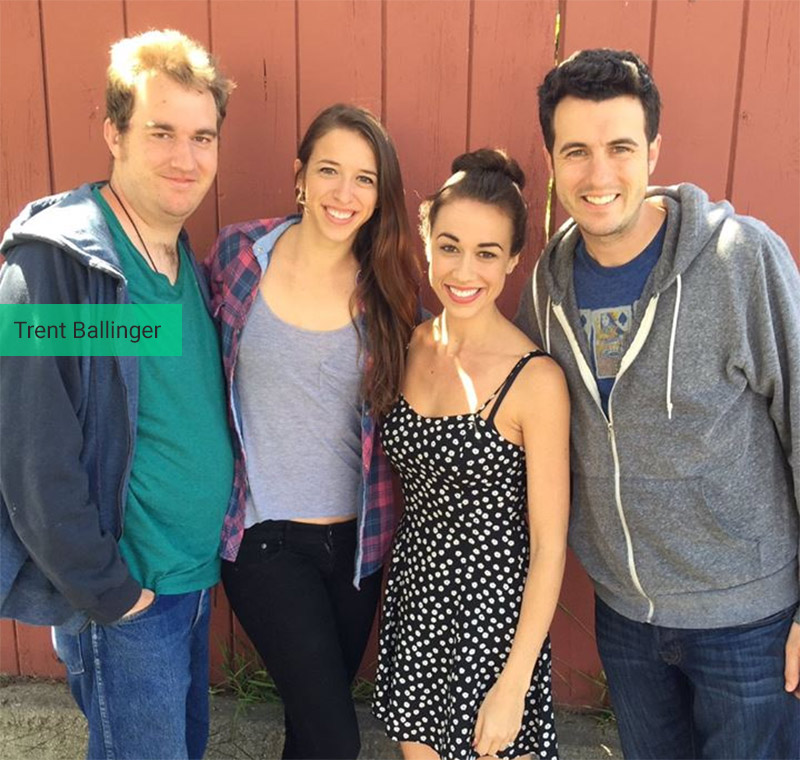 In one of her videos, Colleen told, that she was very close with each of her siblings while growing up. But Trent, the second son of her parents, is a little more private than the others. She kept him out of her vlogs for about a decade, and finally, she decided to create a separate video about him and to share his story.

Trent had the loss of hearing at the moment of his birth. To cope with it, he put a cochlear implant in 2014. Life had become better for him since then. He is known on social media as Implantedgamer. 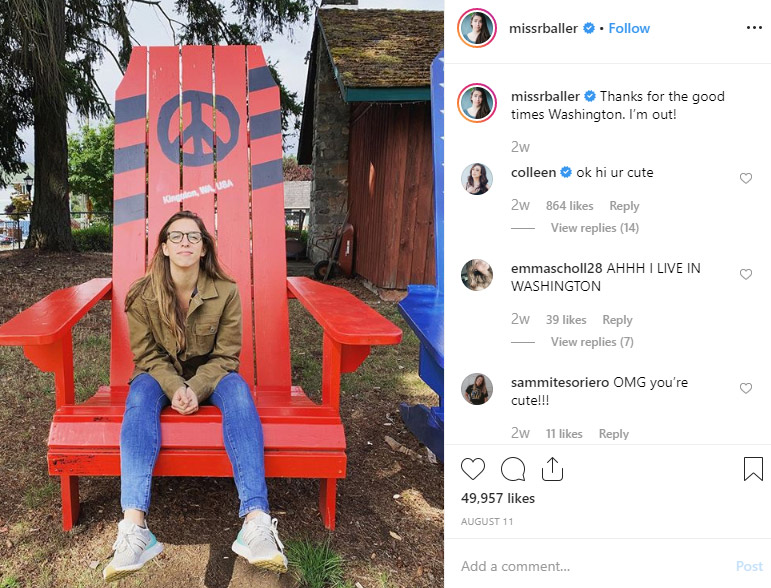 Rachel is the youngest person in Ballinger breed. She hosts a self-titled YouTube channel, which boasts with 2, 6 million subscribers. The girl enjoys massive following on Instagram, too. Her social media nickname is MissRBaller.

Rachel lives in Santa Barbara, California. She was homeschooled. In 2012 she graduated from college with a degree in psychology. She has a boyfriend, named Matt.

Rachel’s main activity is creating comedy videos as of now. She is also a writer. She has released a book “101 Things That Piss Me Off”.

Colleen Ballinger, whom you may know under the nickname “Miranda Sings”, gained extensive popularity as the YouTube actress and Netflix star. She deserves her fame for the talent of a comedian and the unbreakable confidence in her career choice.

She was born in Santa Barbara, California, USA in the family of Tim and Gwen Ballinger. She has three siblings.

Colleen was a pupil at San Marcos High School. Then she entered Azusa Pacific University. The girl graduated from the University in 2008 and that very year she started the channel on YouTube. She named her channel “Miranda Sings”. Miranda is the character, which was originated by Colleen. This woman is a singer, she colors her lip red and is so arrogant. Colleen’s heroine immediately caught the hearts of numerous fans worldwide. Now her channel is followed by more than 10 million fans. In addition to “Miranda Sings”, Ms. Ballinger has another eponymous channel, too. It boasts with 8 million of fans.

The young comedian reached the new level of her career when she was offered to make a show for Netflix. Together with her brother Chris, she developed the story of her heroine Miranda, titled “Haters Back Off” – it is the phrase, which her character told to the viewers, which had criticized her. Unfortunately, the show was on air just within 2 seasons.

Now Colleen Ballinger joins her YouTube activity with the upbringing of her little son.