Is Cyndi Lauper a lesbian/bisexual?

What is Cyndi Lauper marital status?

Who is Cyndi Lauper husband? 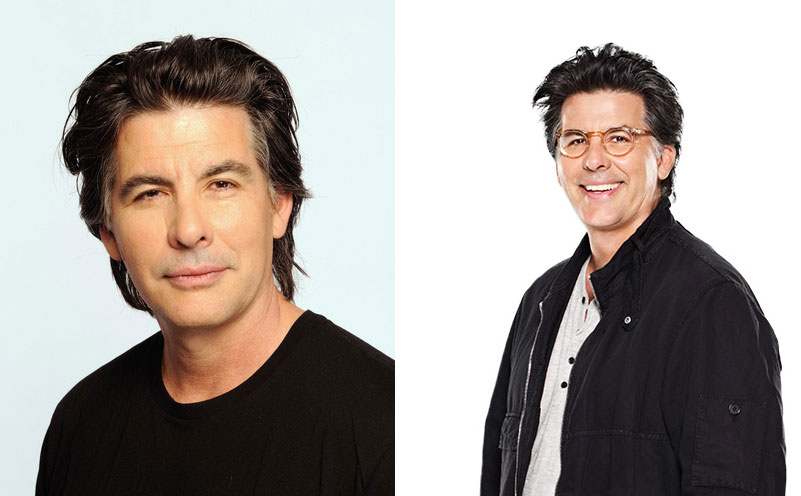 Cyndi Lauper used to tell, that she liked the man, which treated her bad. But somehow she managed to find a great husband, who loves her to death in spite of the solid length of their marriage – they have been together for about 27 years already.

David and Cyndi tied a knot in November 24, 1991 after a year of passionate love and mutual esteem. To the happy day of her wedding Cyndi has already crossed the 38th age mark and was ready to change her carefree young life for calm and reliable family circle.

She has made a great choice. Her husband, David Thornton is a famous American actor, a handsome man and a loving father. He met Cyndi at the set of “Off and Running”, and immediately lost his head from her. The singer, who seemed quite weird to many other people, caught his heart with her unusually-dyed hair and the habit to tell the truth in any situation.

They married at Gramercy Park (in the neighborhood of New York), surrounded by their closest friends. The stars Little Richard and Patti LaBelle were present at their ceremony. Patti devoted them her song “Come What May”.

David turned to be a great husband for Cyndi. No wonder, because he grew up in a good family, and got a solid education.

The man was born in Cheraw, SC. His father Robert Donald Thornton served as the teacher at prestigious Harvard University. David was educated at Yale Drama School and then became a student at Lee Strasberg’s Actors’ Studio. He gained international love and glory due to his believable play in such movies as “John Q”, “The Notebook”, “Home Alone 3” etc.

David and Cyndi became parents of a son Dex. 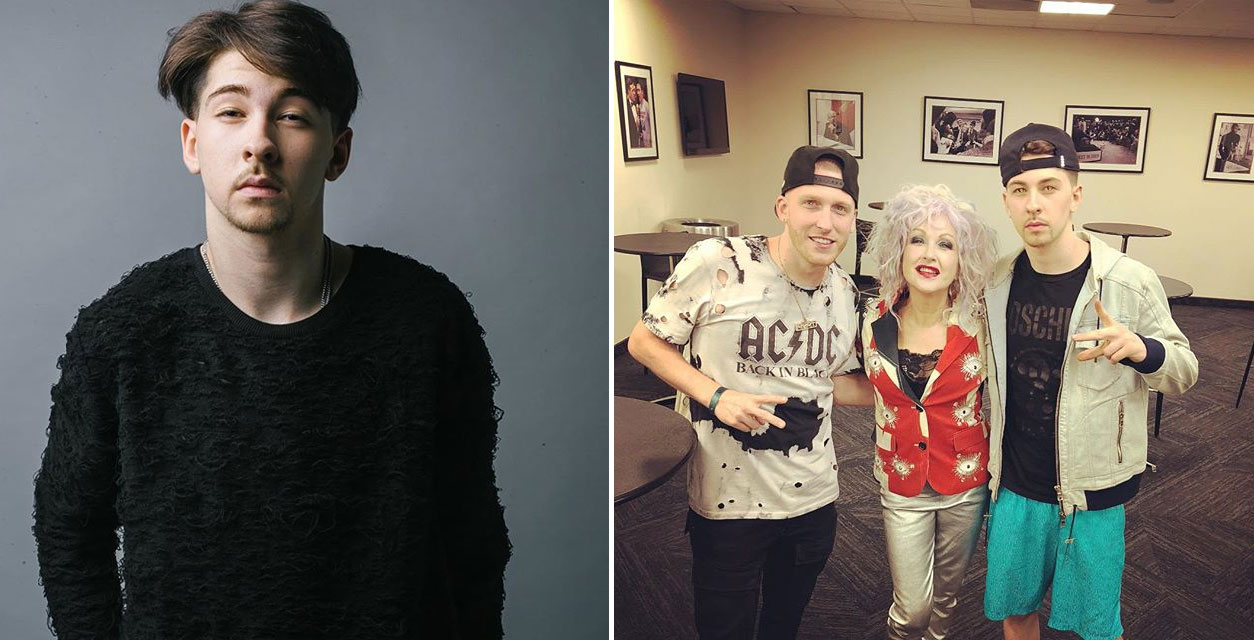 During first five years of her marriage Cyndi couldn’t get pregnant, and that made her frustrated. But she was over the moon, when she finally became mom in a fix. She was in the second trimester of her pregnancy, when dared to tell about it in public.

Pregnancy didn’t prevent the singer from participation in various interesting projects. She took part in Tina Turner concert tour and gave numerous interviews, where she confessed, she was expecting a son. She dreamed that her small baby boy would become a famous football player or a composer.

In late autumn, 1997 she finally saw her baby. The boy was named Declyn Wallace Thornton Lauper, but in a family circle David and she called him simply – Dex.

Cyndi’s kid tried to fulfill all his mother’s dreams – but in his own way. He played hockey at school and wanted to make career of an athlete, but got an injury and had to drop it out. After that he focused his attention on music. As for now, the young man is a recording hip hop artist. Not long ago he presented a song “Wavy”.

Who are Cyndi Lauper parents?

Frederick A. Lauper is a biological father of a famous singer. Unfortunately, he hadn’t been present in her life since 1958. Then the man left the family, and not much is known about him after that.

Lauper’s mother re-married, so the girl was raised by her stepfather. The man spied after Cyndi and her older sister Ellen, when they were changing their clothes or were taking the shower. Once he tried to rape Lauper, and after that she left home. The future singer was 17 at that time. 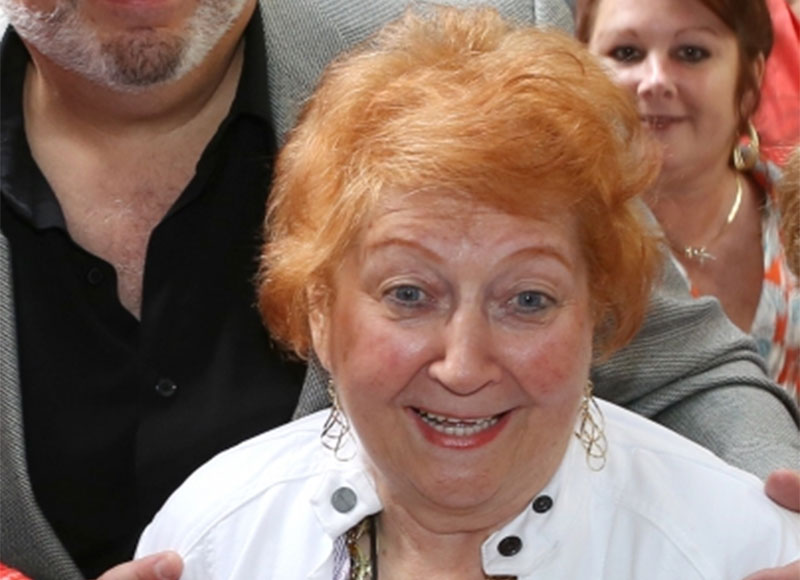 Lauper’s mother can hardly be called a successful woman, but obviously, she struggled for better life all the time. Catrine worked as a waitress, her salary was miserable, so she was hungry almost all the time. In spite of the fact that her second marriage could hardly be called successful and her husband made Cyndi’s life terrible, the singer describes her mother in autobiography book from a positive side. She named her mom “an angel, who cared about her”. It was her mother, who taught Cyndi to love performing art. She took the girl and her sisters to museums and theaters at Manhattan. In her free time listened to great music, which made Cyndi understand, she wanted to do the same.

Lauper was the middle child in the family. She has an older sister Ellen, who was born in Ozone Park, New York City. The sisters are close till now.

Cyndi has also a younger brother, Fred Lauper. He stays out of limelight and doesn’t share news about himself.

Her immortal hit “Girls Just Want to Have Fun” is known to the representatives of young generation, in spite of the fact that Cyndi herself belongs to the age group of their grandmothers.

The famous singer, owner of a bunch of prestigious awards, such as Grammy, Tony etc, she rose to fame in 1983 after the presentation of her hit album “She’s so unusual”. During the years of her career, which has been lasting for 4 decades, Lauper released 11 studio albums and 40 singles. In general she sold more than 60 million copies of her albums. She performed both, solo and as a lead singer of various cover bands.

In spite of her fame and enormous wealth, Cyndi is a person of a difficult fate. She had a tough childhood full all those terrible things a kid from a troubled family had to deal with. She was raped several times, her stepfather spied after her, when she was in a shower. In addition, very often she had nothing to eat. But she coped with all the difficulties, and now inspires the others to do the same. 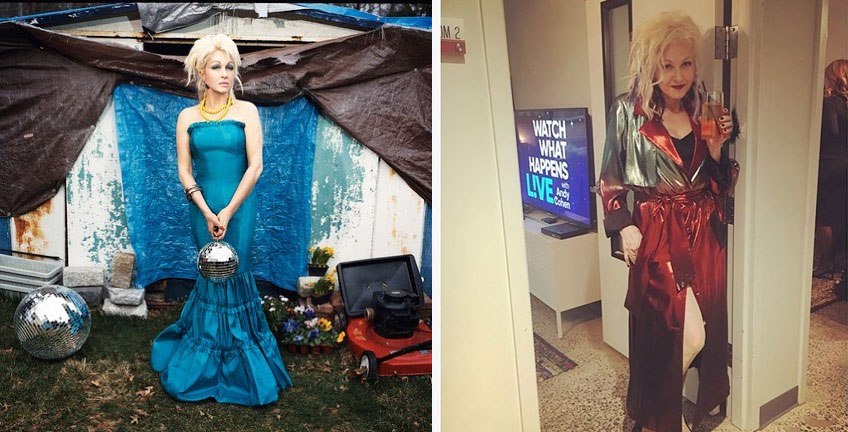