Is David Copperfield a gay/bisexual?

What is David Copperfield marital status?

Who is David Copperfield wife? 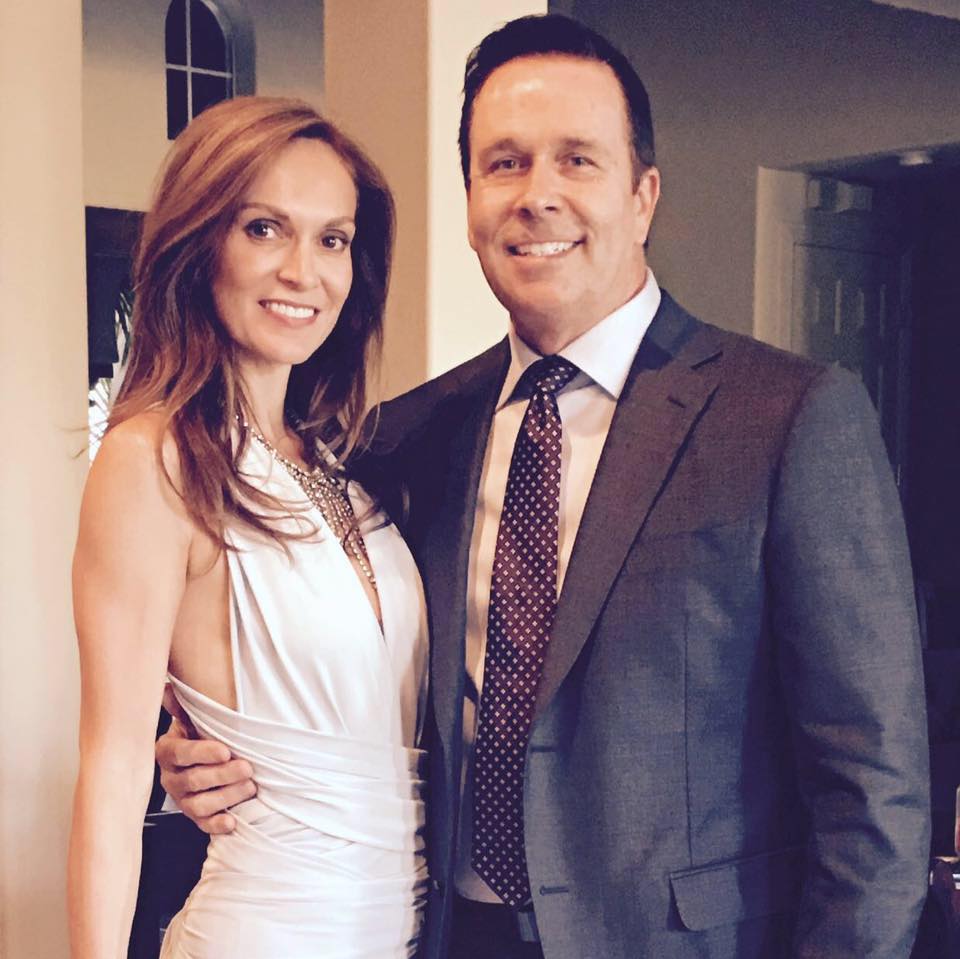 For many years David Copperfield was considered as a single man, whose only passion was magic. But it turned out, that in the middle 2000s he fathered two kids with a Czech model Marie Petlickova. At that time Marie modeled for the lingerie giant “Victoria’s Secret”.

It’s not known, how they two met, but at that time Marie was engaged with Jan Fulin, a Czech TV producer. Although the model wasn’t single, she started her affair with David and got pregnant from him. Nevertheless, she accepted Jan’s offer to marry him, and soon she was a married woman, who had a baby from another man. After that Petlickova made a DNA test, and it proved that the incredibly rich magician from the USA was the biological father of her kid. David immediately invited his girlfriend and their son to the USA. Thus, Marie took her mother and child and moved to the USA. There they were based in Las Vegas, Nevada. Copperfield bought a $1, 5 million mansion for his son and his beloved woman. Later they welcomed a daughter together.

Two common kids didn’t prevent the couple from separation. Now Marie Petlickova is married to Ken Henderson, the director of the big event planning company. They welcomed the common child Keaton Henderson in 2014. Besides, they bring up Marie’s kids from David Copperfield. 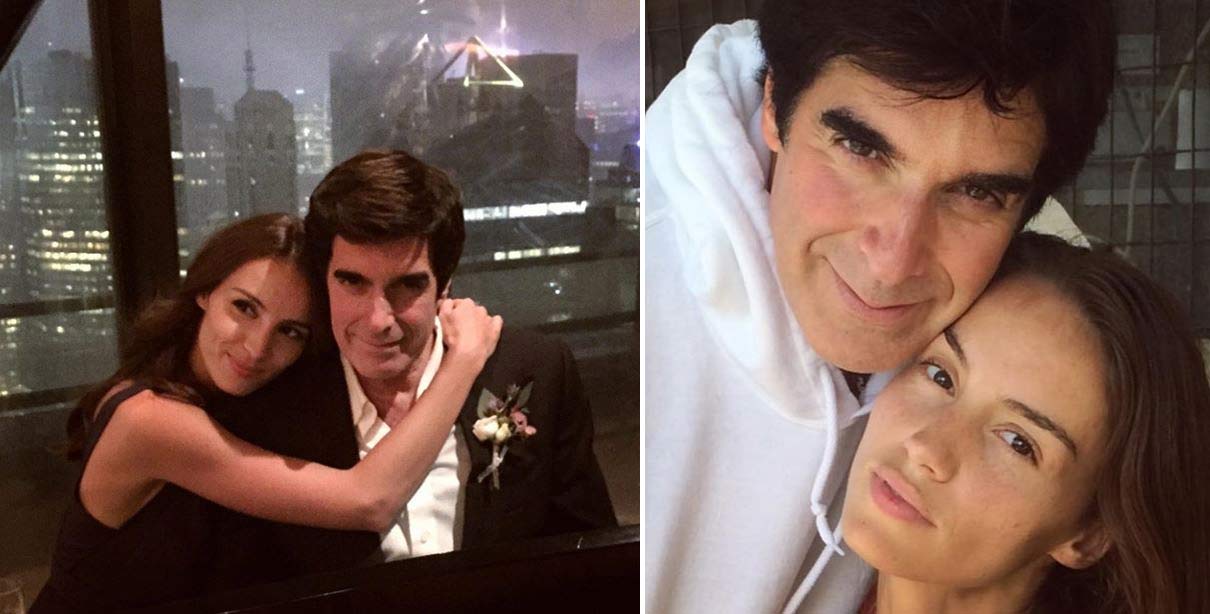 David Copperfield gained the reputation of a womanizer, that’s why nobody believed in his relationships with the young model Chloe Gosselin. Nevertheless, the couple has been in relationships for about a decade already. They have a 10-year-old daughter as of 2020.

Chloe comes from Dreux, France. Her interest in art and fashion led her to the Art School of Lacambre in Belgium. After that, she was offered to try her hand as a model. So, during several years she traveled all over the world and modeled for many famous fashion brands. Now she creates fashion herself – Chloe is a founder of the eponymous shoe and apparel making company.

She is engaged to the father of her daughter, David Copperfield. 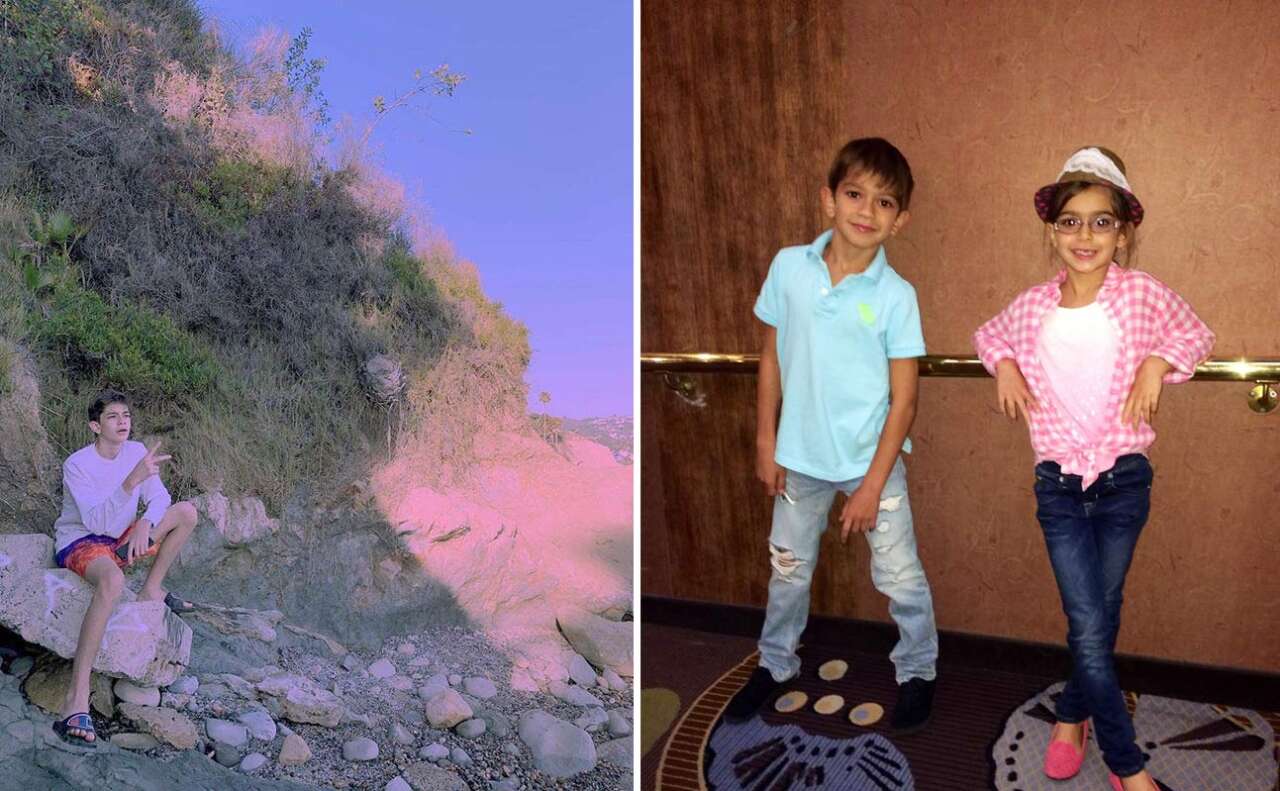 David’s firstborn is a son Dylan Kotkin. The magician put lots of effort to take his son and his mother from the Czech Republic to the USA. The boy was born circa in 2005. Now he resides with his mother and stepfather in Las Vegas, Nevada. He is a pupil at The Alexander Dawson School – the private educational establishment in Las Vegas. He is also a hockey player. The boy performs for the team “Vegas Jr. Golden Knights”.

His father David hasn’t refused from his responsibility for his son. He remains close to Dylan. By the way, the boy names himself as Dylan Copperfield on social media. He follows his father’s pace and tries his hand in making magic tricks, too.

Dylan Kotkin has just one full sibling – a sister, named Audrey. The girl is in her teens as of 2020. She is focused on her school lessons at the present moment. As her friends say, she inherited the model-like appearance from her mother. Audrey stays in touch with her famous father David Copperfield.

David keeps his personal life out of the limelight. So, the news about his third child, whom he welcomed with his fiancée Chloe Gosselin, appeared almost a year after the baby girl’s birth.

Now Sky is a 10-year-old girl. She is a primary school pupil. The girl is taking ballet and singing classes as well. She lives in Las Vegas with her parents, but she travels to France with her mother sometimes to know the places, where Chloe grew up.

Who are David Copperfield parents? 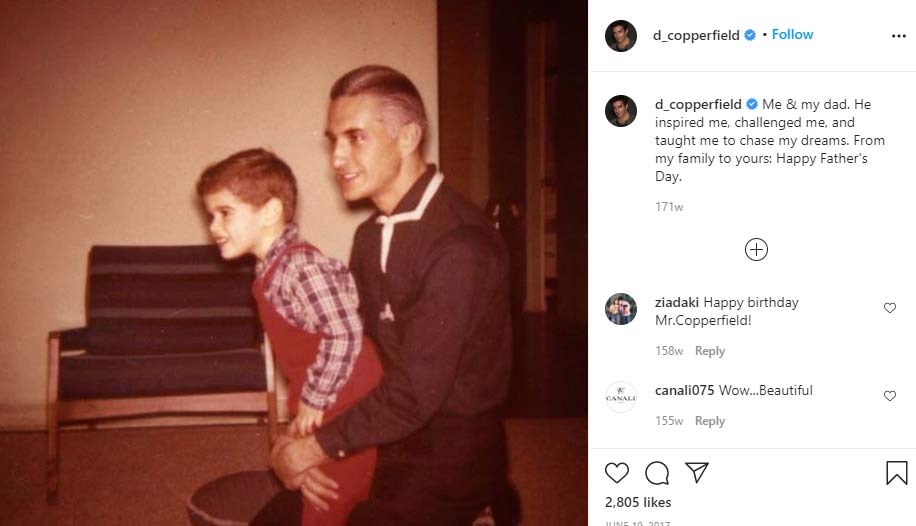 David had a great father, who helped his only child to develop his talent of a magician and supported him at each stage of his way on top.

Hyman is a son of Sam and Esther Kotkin. His father had Ukrainian roots. The Kotkin family emigrated from Odesa, Ukraine to Germany, and from there they came to the USA.

Hy was interested in acting and movie making. He performed at an amateur theater, but he had never acted professionally, although that was his secret dream. He owned an apparel shop in Metuchen, New Jersey.

When David decided to become a magician, his father put lots of effort to nurture his son’s talent. He sold his business, moved to San Diego with his son and wife. He was David’s manager. He went with David on tours, headed his fan club, and founded a charity organization, which used magic as a therapy for kids with special needs.

He died at the age of 83 from Alzheimer’s disease.

David’s mother died in 2008, but he still carries this great woman in his heart.

She was born in Israel and came to the USA with her parents Judah and Esther Gispan. She had five siblings.

Mrs. Kotkin was married to her one and only husband Hyman for 59 years till his death in 2006. They brought up the only child – a son David Seth Kotkin Copperfield.

She worked at an apparel store with her husband. Rebecca kept privacy for many years, and her face wasn’t known to the wide audience despite her son’s phenomenal fame. She appeared in public just several times. Thus, together with her husband, she visited “The Magic of David Copperfield” show in 1984.

The most devoted fans know that David Copperfield’s real name is David Seth Kotkin. He saw the world for the first time on September 16, 1956, in Metuchen, New Jersey, USA. He is the only child in the family of Rebecca and Hyman Kotkin. Both his parents are Jewish. His grandfather from the paternal side comes from Odesa, Ukraine. By the way, it was a Ukrainian-born grandfather, who discovered David’s talent of a magician. He showed card tricks to his grandson, and the boy immediately repeated them. David had a phenomenal memory and could remember even the most difficult tricks on the first try.

Thus, David fell in love with magic tricks, and he was incredibly good at it. At the age of 12, he was accepted to the elite fraternity of magicians “The Society of American Magicians” and became the youngest member of the organization with a long history. Four years later he taught the students at New York University.

But David dreamed about performing in front of a wide audience. So, he left teaching and moved to Chicago, where he got the role in the musical “The Magic Man”. Around that time he invented a great stage moniker – David Copperfield – which sounds familiar to you because he took it from Charles Dickens’ popular eponymous character.

Having become popular as a stage performer, he gradually found the way on television. David Copperfield had the show “The Magic of ABC, hosted by Copperfield” at the American Broadcasting Company channel. His shows were on air on CBS, too.

The active phase of his career took place in 1977-2001. During that period he demonstrated lots of unusual magic tricks, some of which were included in The Guinness Book. He did really unusual things – walked through the Great Wall of China, made the Statue of Liberty disappear for a while, and flew over the stage with a female fan from the audience.

He performs on the stage till now in Las Vegas.