Is Derek Hough a gay/bisexual?

What is Derek Hough marital status?

Who are Derek Hough parents? 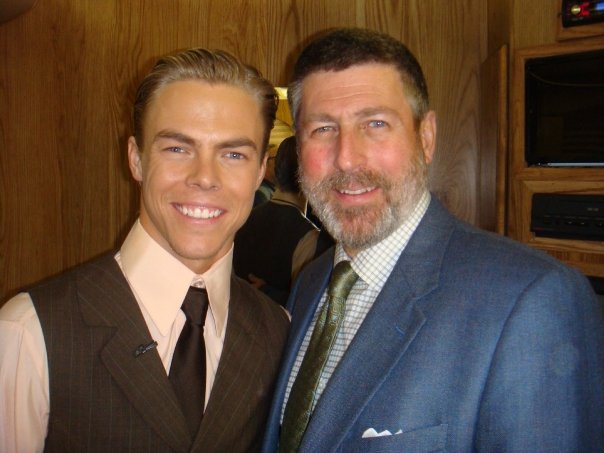 Derek is a strong-willed persistent person, and those qualities brought him to success. He inherited them from his father Bruce Robert Hough, a journalist, entrepreneur, and politician.

Bruce was raised in Coeur d’Alene, Idaho. His parents are Robert (he served as a radio DJ) and Colleen Hough. They lived as a happy couple for many years, until Robert’s death in 2016. After graduation from a high school, Bruce studied journalism at Brigham Young University. Then he majored in business at Westminster UT.

Derek’s father made a great career. He co-founded the company “Gartner Hough Advertising”, and then served as a president at Nutraceutical Corporation. He was also selected as the chairman of the Utah Republican Party twice.

He met the mother of his kids Marriann at a ballroom dance team, where both participated. They had been married for many years, but something went wrong, and they separated.

Now Bruce is a husband of Debra Hough. He is still closely connected with his son Derek and other kids. 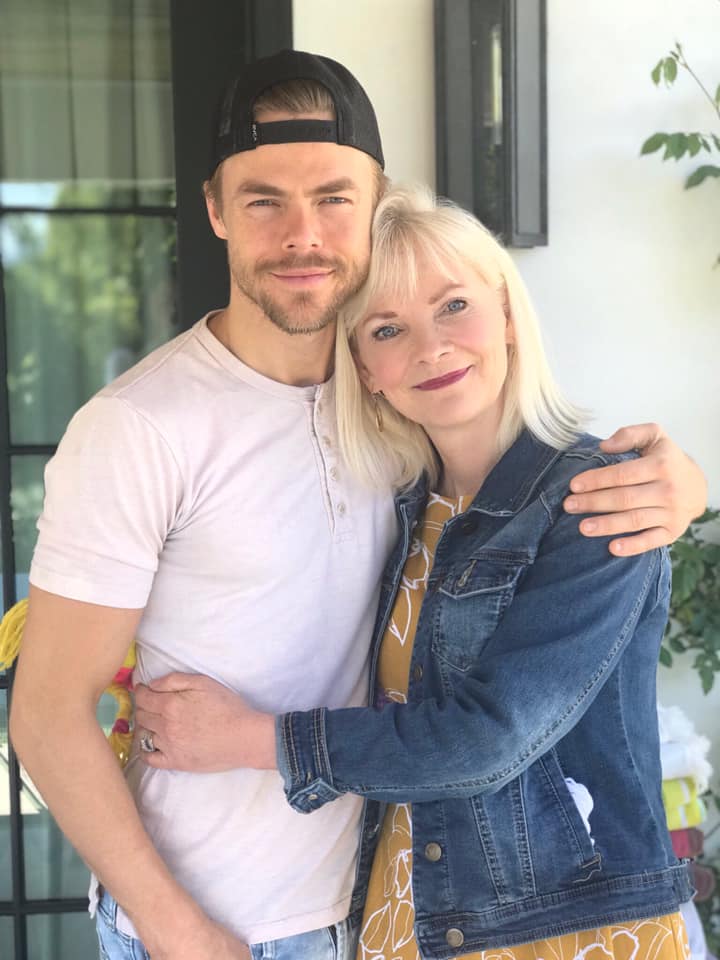 Derek has a close bond with his mom Marriann, and he inherited his love for art from her. It was she, who introduced her son to performing arts and never got tired to take him to dance lessons.

Marriann was born and raised in the family of Don and Beth Heaton in Bonneville County, Idaho. After graduation from a high school, she entered Brigham Young University. She participated in a ballroom team there, and thus crossed her ways with a husband and father of her kids Bruce Hough. They lived together for many years, but separated, when Derek was 12. Their divorce was the most painful moment in their son’s life. Derek expressed this pain through his dance “Unsteady”.

After Marriann and Bruce split, Derek stayed with his father. But his mother remained an inseparable part of his life.

Currently, Marriann works as an artist. She is in relationships with Aaron Nelson. 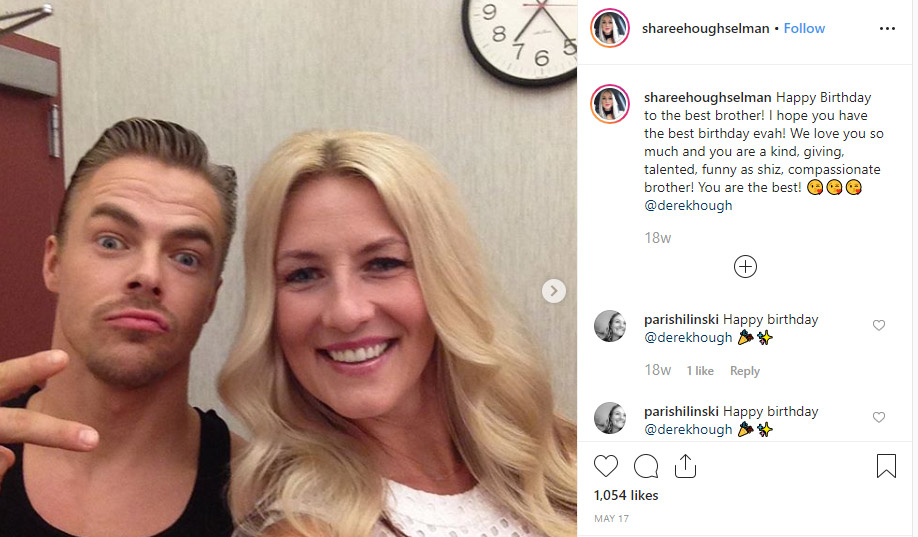 Derek has been surrounded by strong beautiful women (his mother and sisters) during his whole life. His oldest sister Sharee is a special person for him and his inspiration. She was the first of Hough kids to attend ballroom dance lessons. Derek watched her and decided to try it himself, too. Now he spends a lot of time in his sister’s house and plays with his 6 nephews and nieces. Yes, Sharee is a mother of 6 children, and she is a fitness and yoga coach, as well. On September 8, 2018, she went down the aisles with the love of her life Mark Selman. 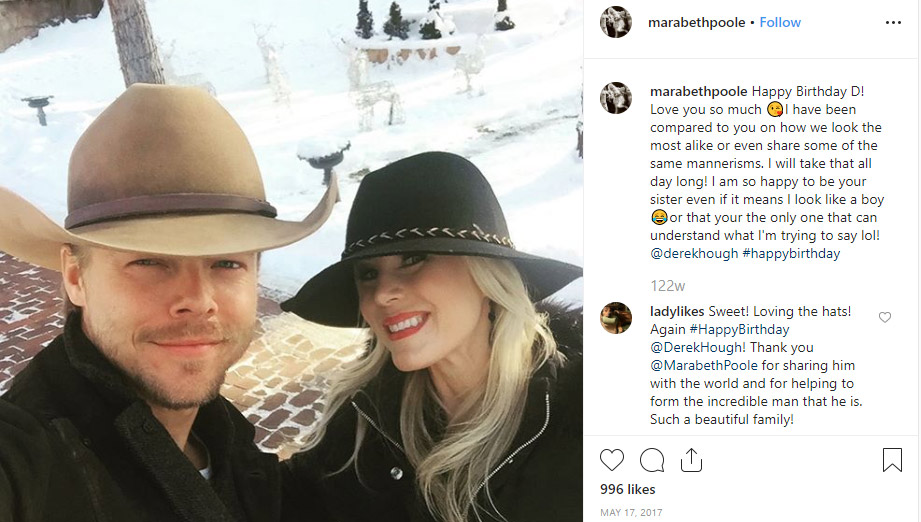 It seems that each member of Derek’s family was blessed with some superpower. Marabeth, his second oldest sister, is not exclusion. She is not just a beautiful blonde, like her mom and siblings, but also a business lady (she is a successful realtor), a mother of Aidan Poole and a wife of Michael Poole. Her husband, to whom she has been married since 2002, is a vice president of the local company, which produces skincare products. Marabeth lives with her family in Nashville. 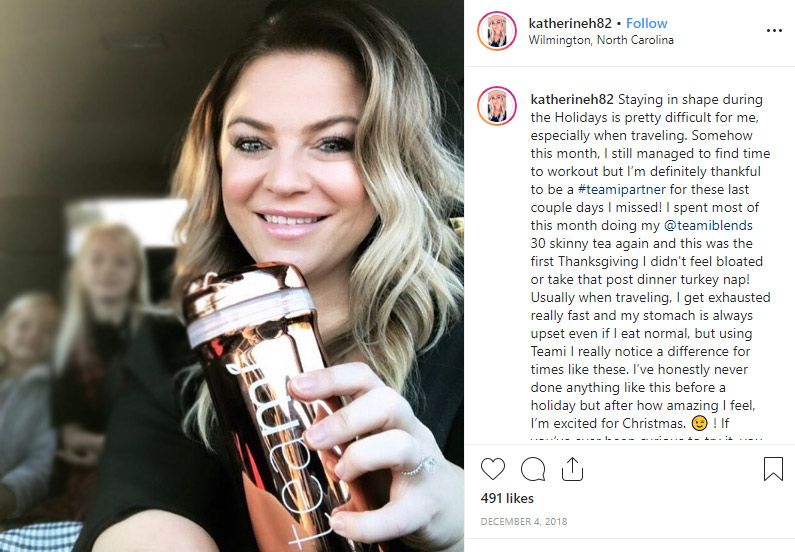 Katherine is not just Derek’s friend, but also his older sister. Like other Hough girls, she is a great mother. Katherine has three daughters. She earns her living as an esthetician. She is married to a photographer T.J. Drechsel. 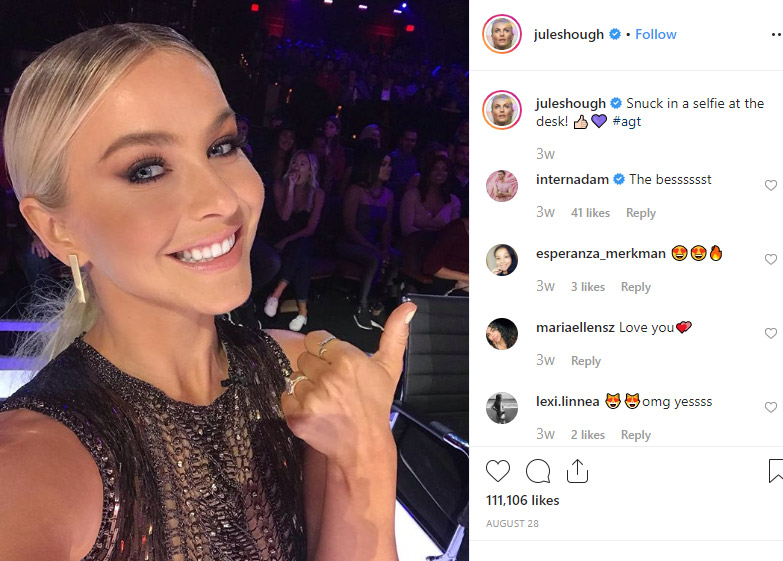 The youngest member of the Hough family, Julianne doesn’t need an introduction. The gifted dancer, celebrity and Dancing with the Stars multiple winner, she can compete with her older brother Derek, who of them is more famous.

But the brother and the sister are not rivals, they are friends. Derek and Jules love and support each other.

Julianne attended the same with Derek’s Italia Conti Academy of Theatre Arts in London. After that, she started the career of a professional dancer and gained wide popularity as the participant of Dancing With The Stars show.

Currently, she joins her career of a dancer with singing and acting. In 2011 she played the title role in the film “Footloose”. In 2019 she has released a hit “Transform”.

Since 2013 Julianne has been dating a hockey star, Brooks Laich.

Derek B. Hough is known to each person in the world, who loves ballroom dancing. The famous dancer and choreographer, he gained wide popularity as the six-time winner of a popular show “Dancing With The Stars”.

It’s interesting to know, that Derek comes from a rich and respectable American family, where almost every member is familiar with performing arts.

He got a prestigious education at the Italia Conti Academy of Theatre Arts, which is located in London. During his studying at the Academy, he lived in the family of famous dancing trainers Corky and Shirley Ballas. He made friends with their son Mark Ballas (who is a famous choreographer now, too). He stayed in London for 10 years.

The first success came to Derek in 2002, when he won the World Latin Dancing Championship with his then-partner Aneta Piotrowska. He got the victory in several other dancing competitions, which made his name popular in the world of choreography. In 2013 he got the Emmy Award as an outstanding dancer. That opened him the door to television shows. He made the first appearance on DWTS in 2007. Then he won the 4th place with the actress Jennie Garth. Later he participated in the show numerous times and won it 6 times.

Since 2017 Derek Hough has been serving as a judge at “World of Dance” show in the company of other great dancers Jennifer Lopez and Ne-Yo.