Is Devin Booker a gay/bisexual?

What is Devin Booker marital status?

You may know Devin Booker as Phoenix Suns’ shooting guard, successful businessman, or Kendall Jenner’s ex-boyfriend. But first of all, he is a son and a brother, a great family man, who knows, that basketball is not the main thing in his life. Let’s look a little closer at Devin Booker’s family.

Who are Devin Booker parents? 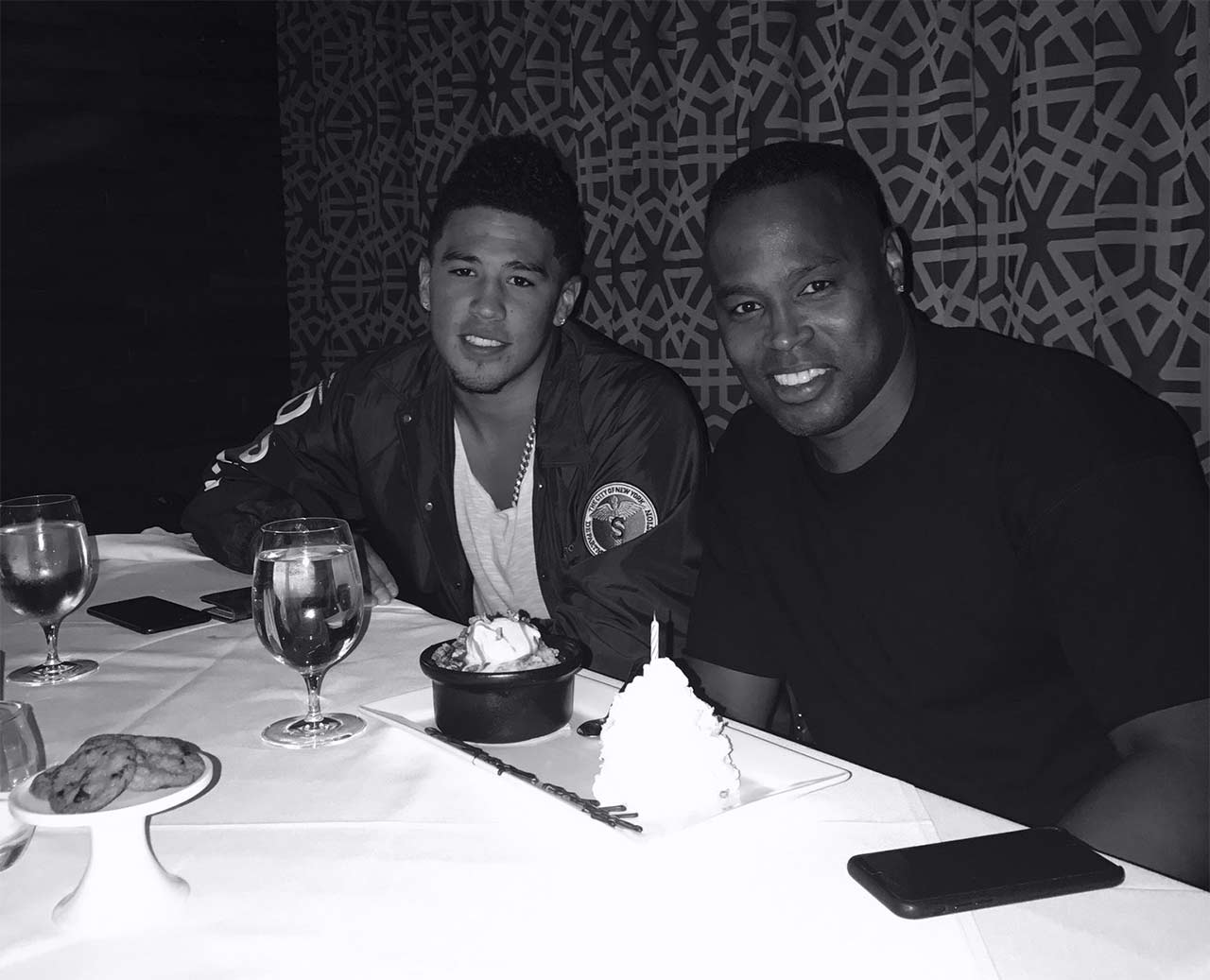 Many people compare Devin to his father, Melvin Booker. No wonder, because both studied at Moss Point High School and both became basketball stars there. Melvin is so proud of his son and told in his numerous interviews that Devin is more talented than he was. At the same time, it is Melvin, who stands at the origins of his son’s career. He was an assistant coach at Moss Point High School, while his son was playing basketball for the sports team at his time there. Melvin and Devin maintain warm father-son relationships.

Melvin Jermaine Booker was born in Pascagoula, Mississippi. He was brought up by a single mother Sylvia Booker. Melvin has 2 maternal half-brothers, Shay Terrel and Jeremy Stewart. His mother worked at Ingalls Shipyard in Moss Point, MS. She was interested in basketball and admired her grandson Devin’s career. The woman passed away in 2021.

Melvin gained the reputation of a rising basketball star while he was studying at Moss Point. In his senior year, his average result was 28 points per game. He won the title First-Team All-American and then was named the Big Eight Player of the Year for his great performance in the 1994 NCAA Tournament when he led his team “Tigers” to a string of great victories.

Despite Melvin’s great results at Miss Point High and then at the University of Missouri, he wasn’t recruited by any reputable team. He couldn’t start a professional career in the USA, so he focused his attention on Europe. For many years he played for Italian basketball teams. As a player on the CBA’s team, he came for a match in Grand Rapids, Michigan, where he met his big love and future mother of his only son Veronica Gutierrez.

Melvin was part of his son’s life since Devon’s birth, but he couldn’t spend a lot of time with the boy as he was making sports career in Europe. But after that he settled in Moss Point, he asked his son to live with him. Thus, Devin left his mom’s home in Grand Rapids and moved to Moss Point. Now Devin never gets tired to tell, how important the relocation to his dad’s house was. It changed him both, mentally and physically, and helped him to become the successful basketball player he is today. 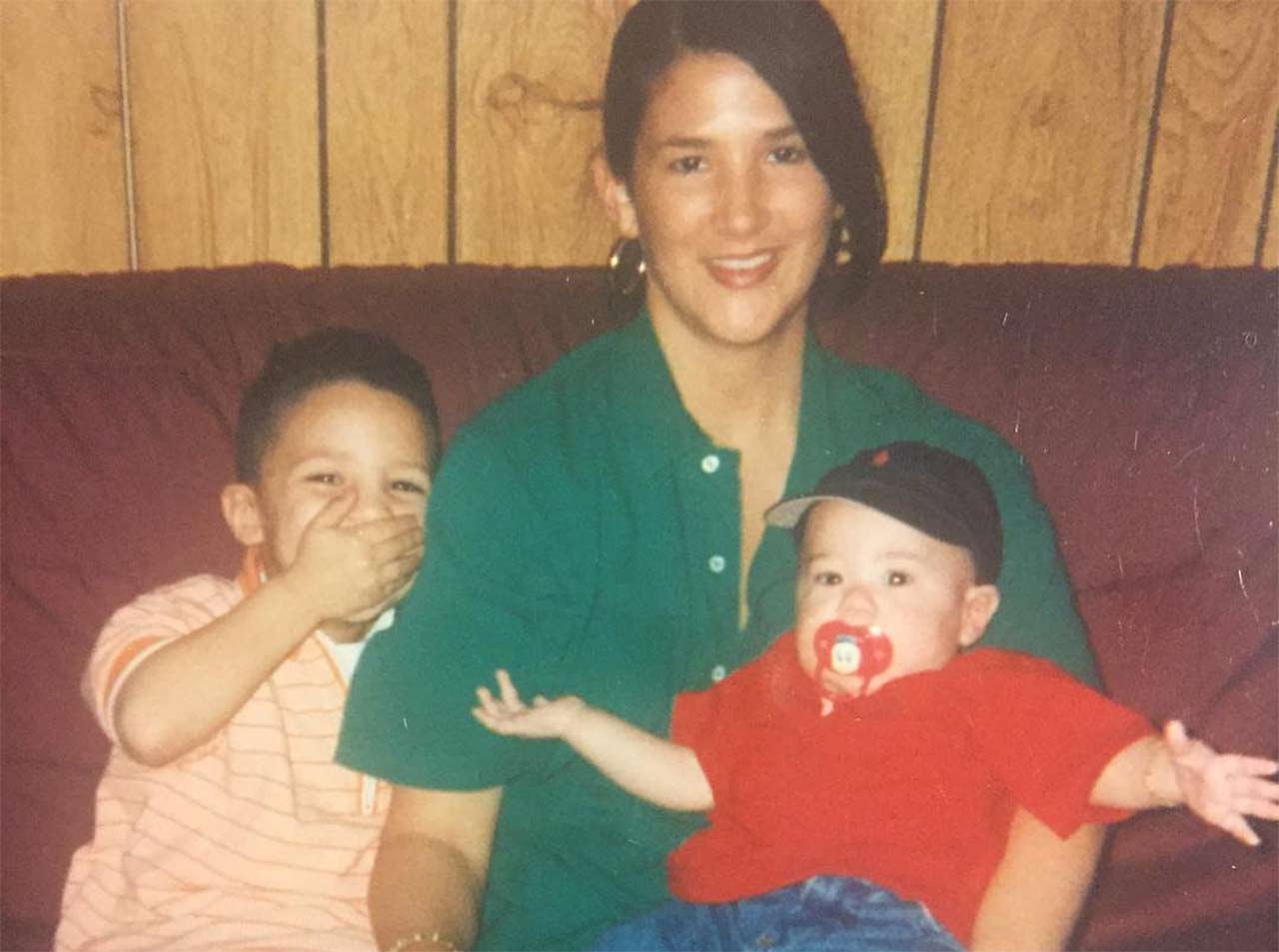 Devin Booker is incredibly close to his mother. He congratulates her on every birthday through his social media accounts.

Her full name is Veronica Gutierrez-Powell. She was a Grand Rapids resident, when she crossed her ways with the rising basketball star Melvin Booker, while he was playing for the CBA team in 1995-1996. 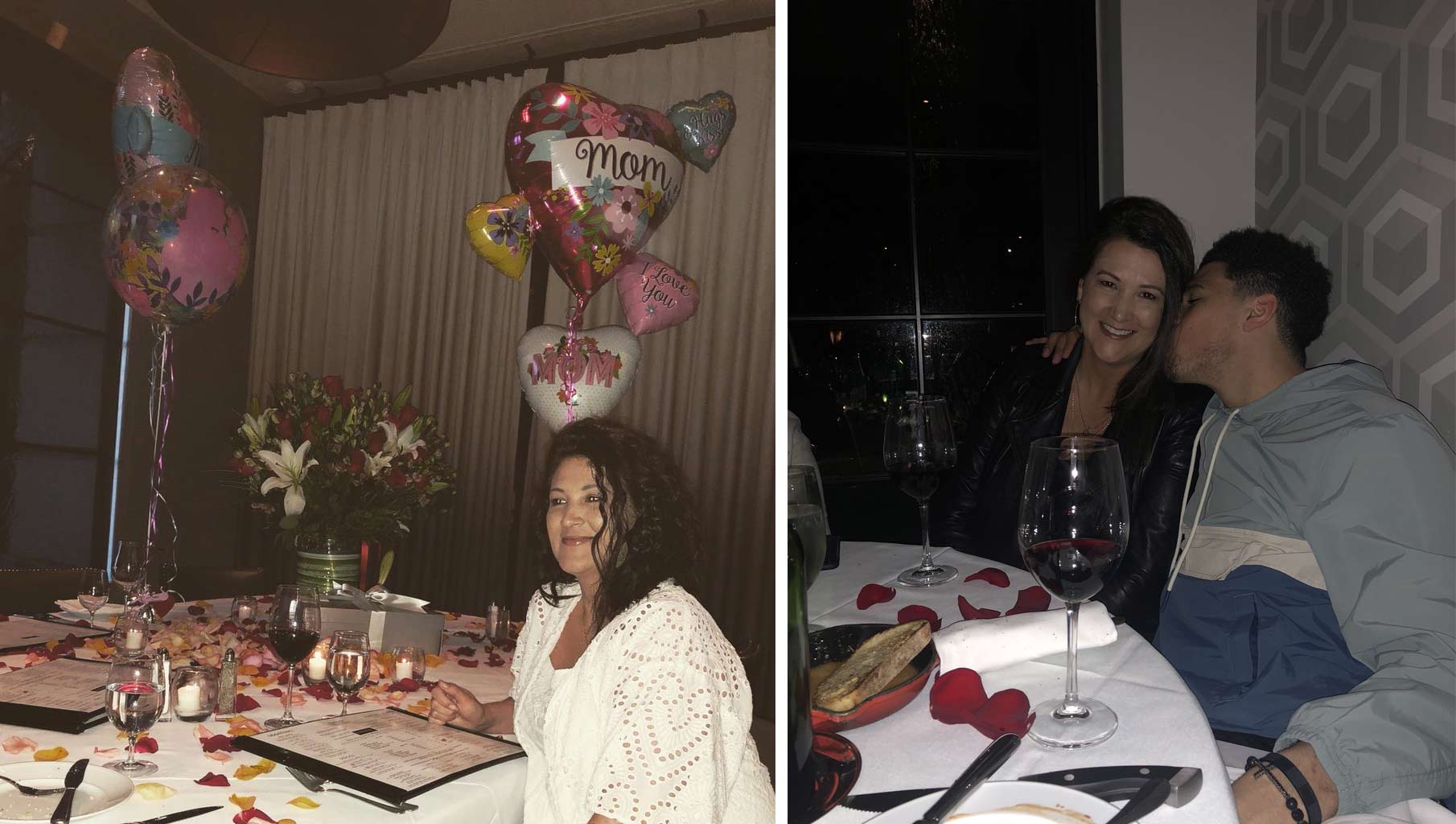 Although Veronica and Melvin had never been married officially, they welcomed a son Devin. His mother was raising him as a single parent till 2008. Then she suddenly made a very hard decision and let her son relocate to his father’s house. That was Devin’s first step to stardom.

Veronica is a mother of 3. Except for Devin, she has a son Davon and a daughter Mya. She earned her living as a cosmetologist. Later she relocated to Arizona. Veronica lives a calm private life and stays out of the limelight. 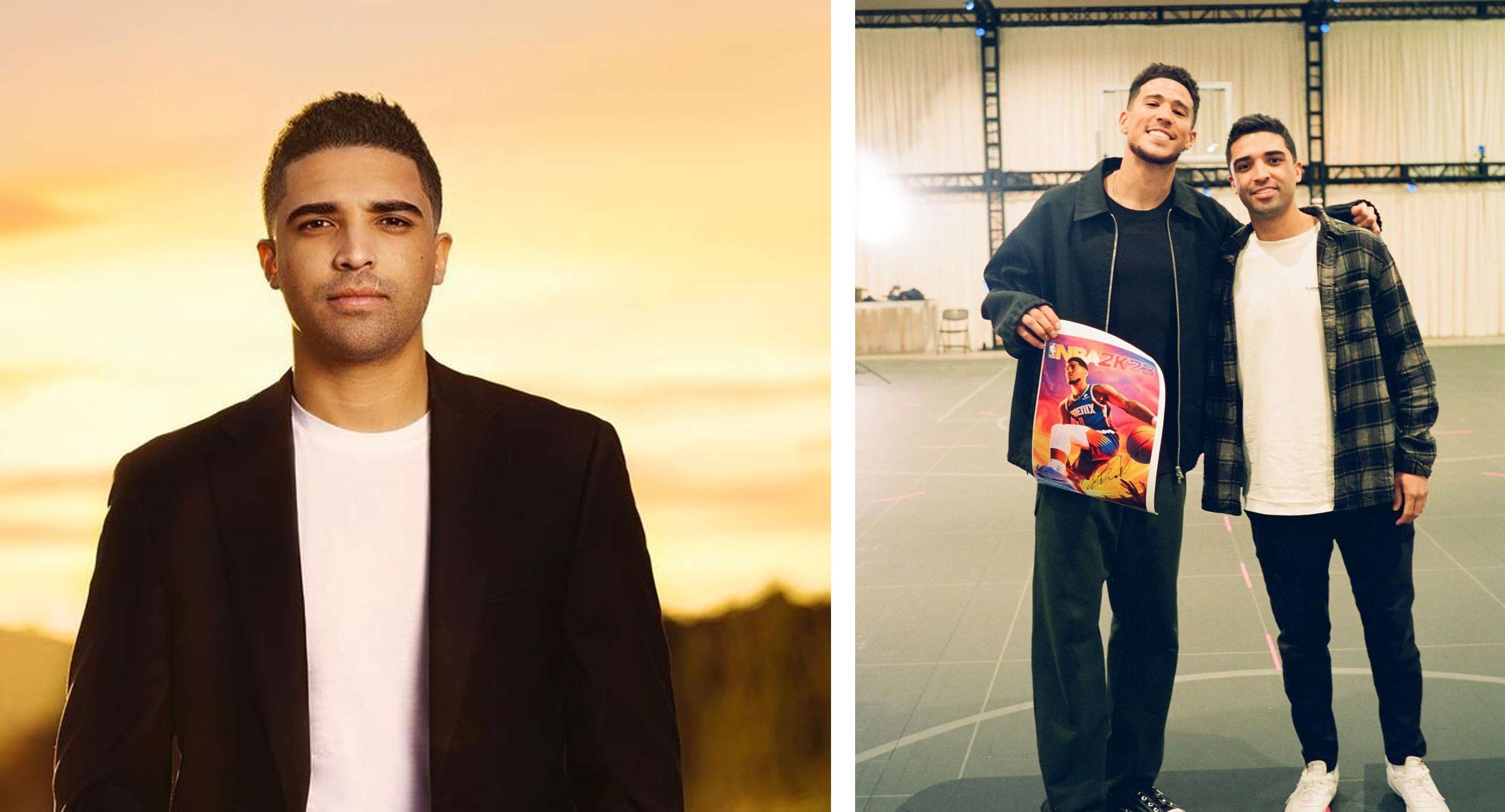 Devin and Davon are closely-knitted. They played basketball a lot in the backyard of their house in Grand Rapids, MI. Later Devin told, that he used to compete with his older brother and he always lost. Being 3 years younger, he was too little and too weak to defeat Davon in their fights and games. But very soon the situation changed.

Nowadays brothers maintain warm close relationships. They used to live together in Tempe. Davon supports his younger brother and helps him with his out-of-field activities.

The name of Davon’s father is undisclosed. He was raised by a single mother. The boy was educated at Western Michigan University. He majored in Business Administration. Later Davon was licensed as a real estate agent. He resides in Phoenix, AZ as of now. His hobbies are sports and spending time with his friends and family. 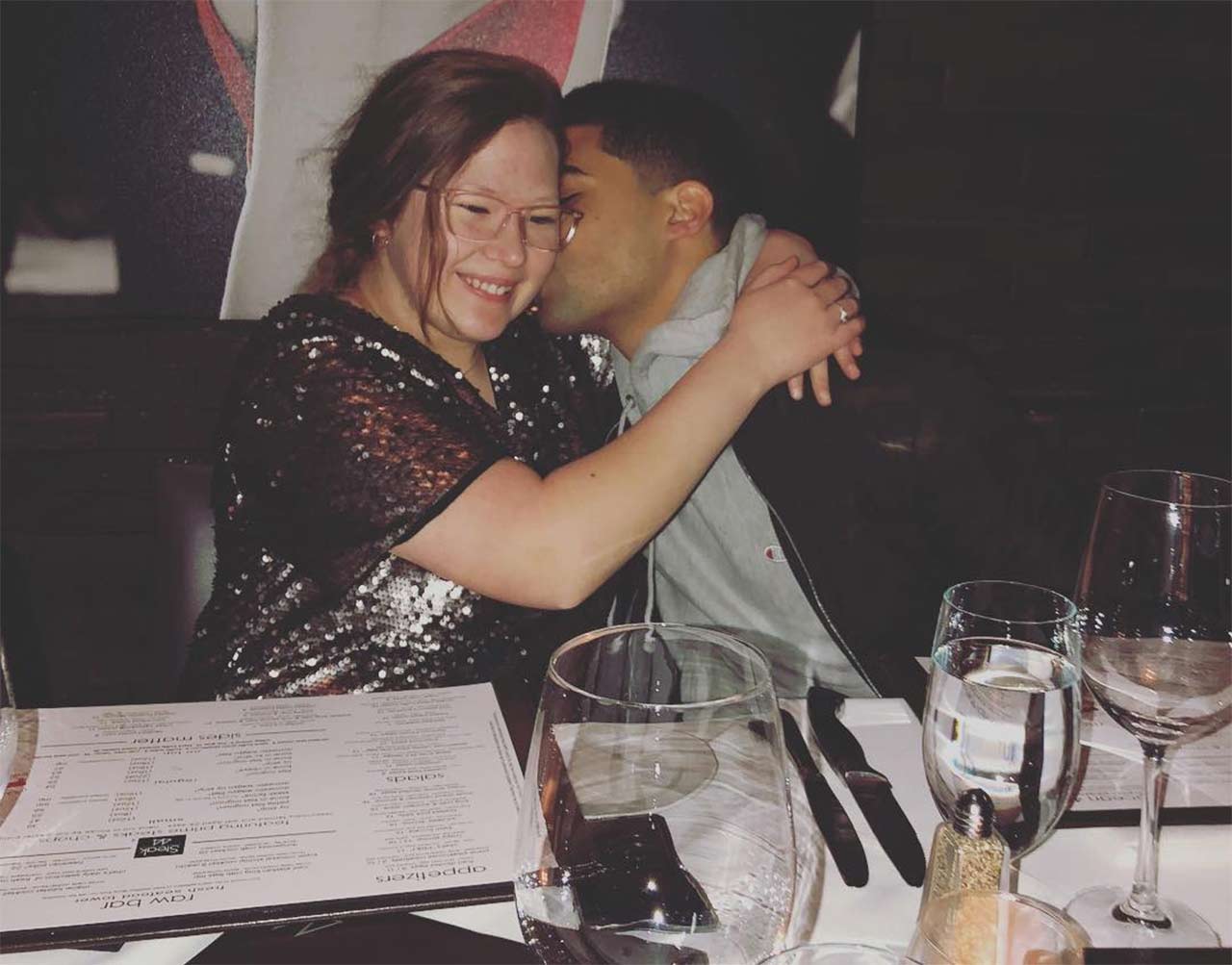 Devin is not just a basketball star, but he is also a kind-hearted person. He easily finds the common language with people with special needs. This topic, which is “something more for him than basketball”, is so close to him because of his younger half-sister Mya Powell.

Mya was born to Veronica Gutierrez, Devin’s mom. Then, the woman was married to Mr. Powell. The baby girl, the happy couple welcomed in 2002, was diagnosed with a genetic chromosomal disorder, named Microdeletion syndrome. Psychologically, Mya is a kid, although physically she is a young woman.

Devin and Davon spent a lot of time with their younger sister in their childhood. She watched them playing basketball and cheered the boys. Mya became a basketball fan, too. She was 14 when both brothers left the family home. Davon went to college, while Devin relocated to his father’s home in Moss Point. Then her development started to slow.

Despite his very tough schedule, Devin gets up at 5 am to connect with his younger half-sister through FaceTime.

Devin Armani Booker entered this world on October 30, 1996, in Grand Rapids, MI. He is the son of Veronica Leticia Gutierrez and Melvin Jermaine Booker. The boy spent his childhood years in his mother’s house. He played with his older brother Davon and his friends a lot. Thus, little Devin got used to competing with boys 3-4 years older than he was. When Devin reached high school age, he moved to his father’s house in Miss Point. There he started his transition from a talented athletic boy to a rising basketball star.

He became a member of the school basketball team, which was coached by his father. It was the fifth game of the season when Davon showed his incredible basketball skills for the first time. He scored more points than all the other members of his team combined. That was just the beginning. Soon he reached the great result of in average 22.7 points per game and became the local star of the Tigers (Moss Point High team). In general, during his years at Moss Point High, he scored 2,518, which brought him the MVP title.

As a school graduate, he got lots of scholarship offers from various colleges. He chose the college in Kentucky. He performed for the college team so greatly, that won the SEC All-Freshman Team status. In 2015 he decided to start playing basketball professionally and declared for the NBA draft. He was scouted by Phoenix Suns and left his college to start his career.

As of 2022, he is still Phoenix Suns shooting guard. His career way is full of both, success and injuries. Nevertheless, Devin has never stopped working hard. In July 2022 his contract with the Suns was extended for 4 years. In November of that very year, he proved that he was in great shape and scored 49 points, which became the record of the season.

Alongside his NBA career, Devin also played for USA Select Team during Olympic Games. He won the gold medal.