Is Doutzen Kroes a lesbian/bisexual?

What is Doutzen Kroes marital status?

Who is Doutzen Kroes husband? 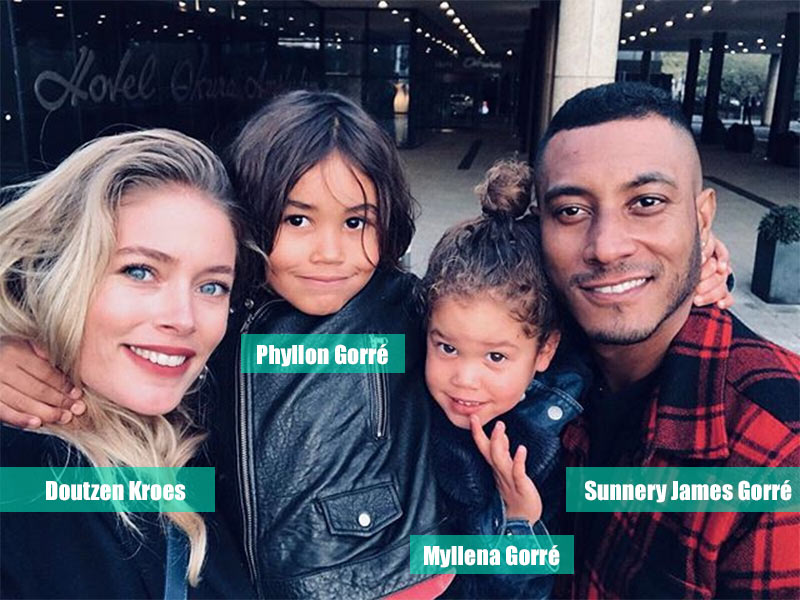 It’s always great when you can see the other side of the person. The supermodel Doutzen Kroes, the current L’Oréal spokesperson, and former Victoria’s Secret angel has two sides – the glamorous one and the vulnerable one. The second part is hidden from public eyes, but it can be noticed in her daily family life. She has a handsome husband, beautiful kids, an adorable mother, a doting father and a talented sister. Let’s have a look at them! 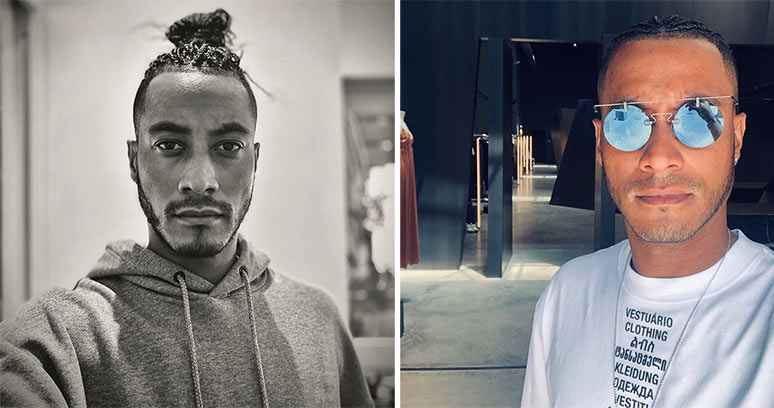 If you want to see, what the real love looks like, then watch Doutzen Kroes and her husband Sunnery James. They met in 2009 in Miami, and Doutzen was the first, who made the move and started the conversation. Then James was a DJ at the party, and Kroes was dancing. Later Sunnery told, that he liked two things about her, they are her courage and the fact that she didn’t hesitate. They dated for a year till James dared to propose his loved one. They wedded on November 7, 2010, and remain a strong beautiful couple since then. They became parents of two healthy cute kids.

Very often journalists and fans ask Doutzen about the secret of her relationships. She answers, that it’s their passion, which is still very strong. Besides, she likes the fact that they are very different. “Opposites attract”, she used to tell.

Sunnery James Gorré was born and raised in Amsterdam, Holland. The couple never speaks to one another in English, when they are private, they use Dutch. Doutzen’s husband is a celebrity, too. He is a famous DJ. The model tells, she likes to watch James, while he is DJing, he looks so sexy at that time. Very often she comes with him to music festivals and parties to enjoy his great looks, while he is working.

His most successful project as of now is the duo, which he formed with his colleague Ryan de Lange. The duo is called “Sunnery James & Ryan Marciano”. He fell in love with electronic music at a very early age, listening to the favorite music of his parents. He started DJing just as a hobby, and soon his friends began inviting him to the parties. Thus, his passion for music was gradually turning from a hobby to his main occupation. Having started as a DJ, he gradually turned into a producer after buying his tools, which are necessary for it. Later he teamed up with Ryan. They are close friends, and at first, they played together just for fun and only after becoming stars in the company of their friends, they started playing for money.

They came into the limelight in 2015 after the release of the track “ABC” in collaboration with Sander van Doorn. Among their recent popular tracks, there are “Love, Dance and Feel”, “Monster” and others. 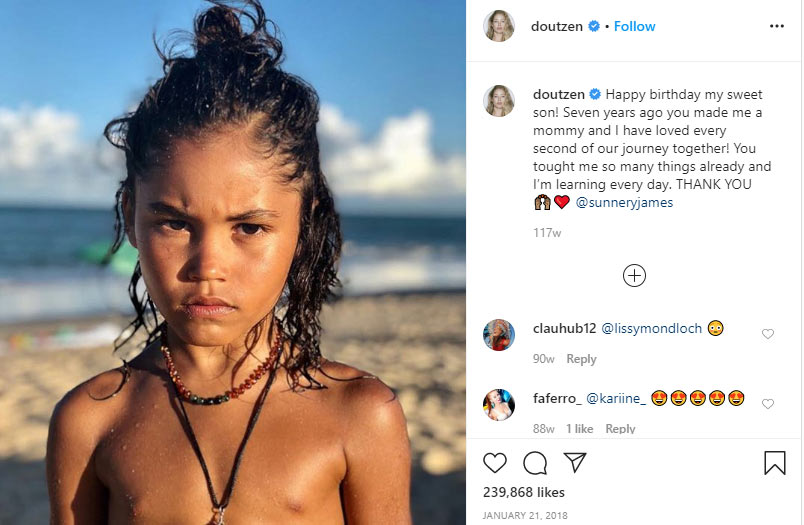 Doutzen used to tell, that her kids with Sunnery are a great combination of both. She confesses that Phyllon and she have a lot in common. The boy is quiet and sensitive, just like his mom.

He was born in the prestigious clinic of Amsterdam and spent the first days of his life in Doutzen’s hometown named Eastermar. He is a school pupil as of now. 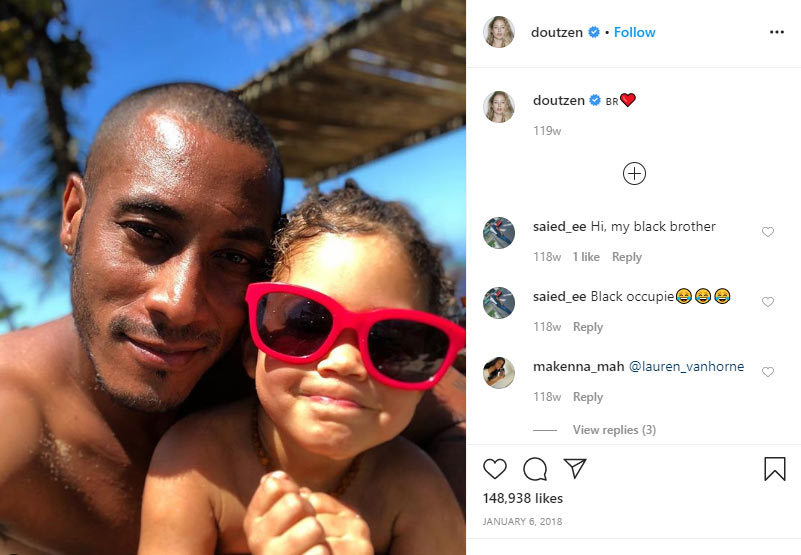 Mrs. Kroes-Gorré has an adorable daughter, named Myllena. The cute girl is very vivid and active. According to Doutzen, her daughter has the same nature as her father – she is very optimistic, outgoing, and likes to be in the center of attention.

Who are Doutzen Kroes parents? 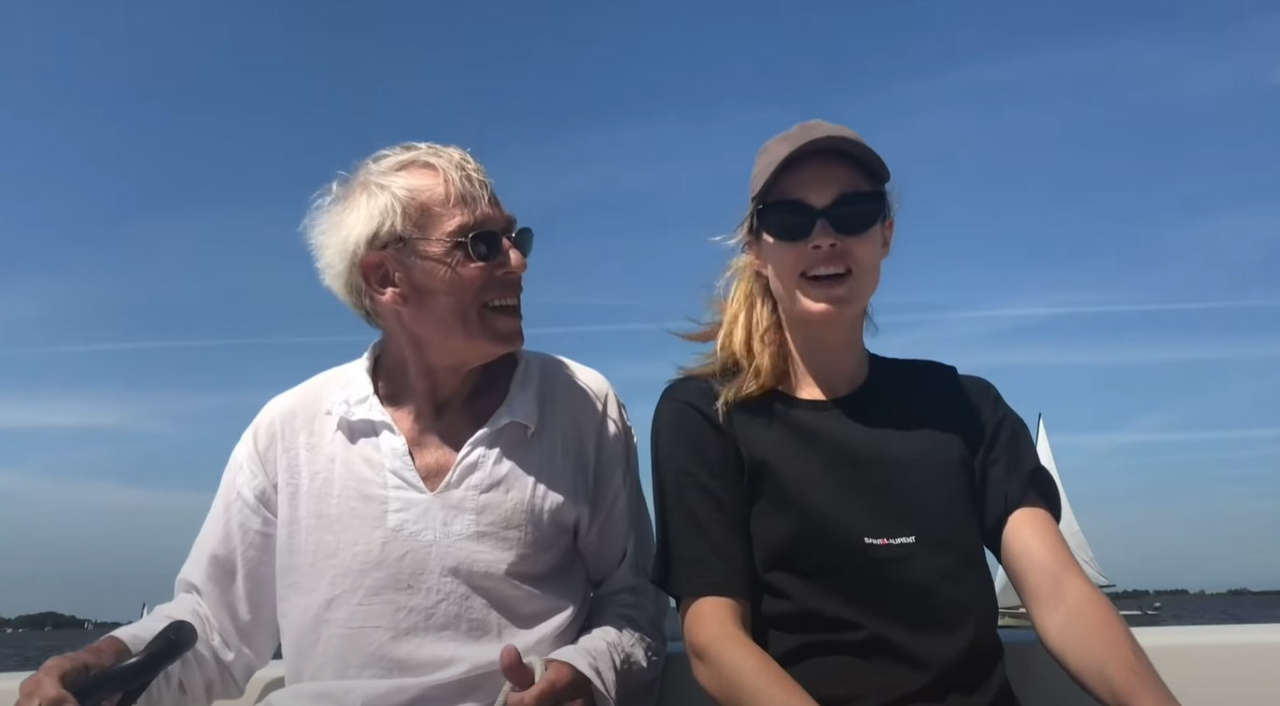 Doutzen is a family girl, and although she likes to participate in red carpet events and feels comfortable in the spotlight, she is extremely happy, when she comes to her home village Eastermar, where her parents still live. Very often Doutzen takes her kids and her husband and comes to the countryside.

Her father’s name is Johan Kroes. He was born and raised in Holland. The man earns his living as a psychotherapist. But that doesn’t mean, he led the life of a famous doctor, he worked a lot in the yard of their house, too, and very often he had the ground under his fingernails. Each summer he chopped the wood to make their house warm in winter because they didn’t have a central hitting.

Doutzen’s father always spent a lot of time with his daughters (the model has a younger sister). He taught the future L’Oreal face to sail when she was still a kid, and now it’s one of her most favorite ways to relax.

Johan and Doutzen are very close. 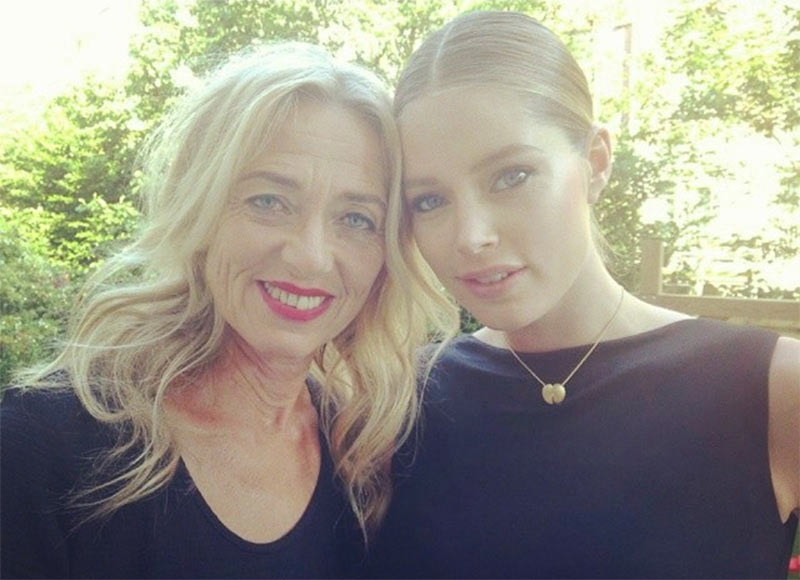 Geartsje is a tall blonde woman with radiant blue eyes. She is her daughter’s older copy and her most devoted fan.

Despite the model-like appearance, Geartsje has never thought about gracing at the catwalk. She worked as a nurse, planted vegetables, and very often her hands looked too work-weary.

She likes to recollect in her mind Doutzen’s childhood, and it becomes obvious, how Geartsje likes her daughter. She tells that in her early years her little girl was very simple. She had never thought about her appearance and could wear any clothes she had just found in the wardrobe. She didn’t care about fashion at all.

But now Mrs. Leistra is so proud of her beautiful gracious girl.

Doutzen’s only sibling is Rens Kroes. Rens resides in Amsterdam and earns her living as a nutritionist. She likes to spend her time not just with her sister, but also with her nephews Phyllon and Myllena Gorré. Very often she cooks healthy tasty dishes for them.