Is Emma Roberts a lesbian/bisexual?

What is Emma Roberts marital status? 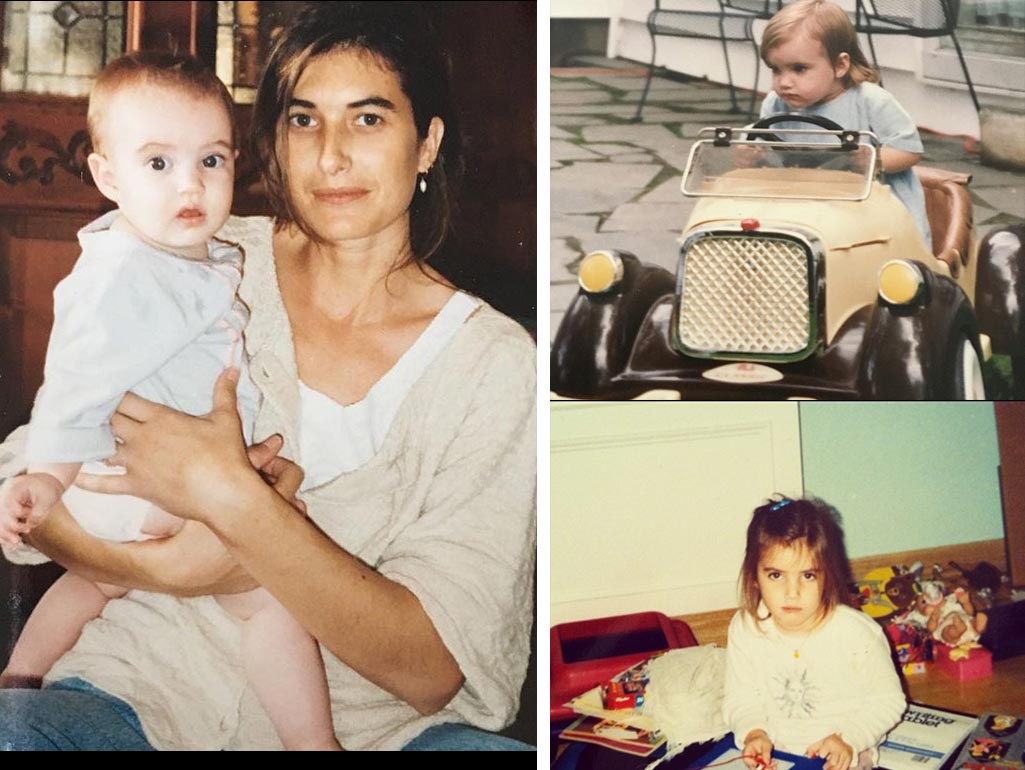 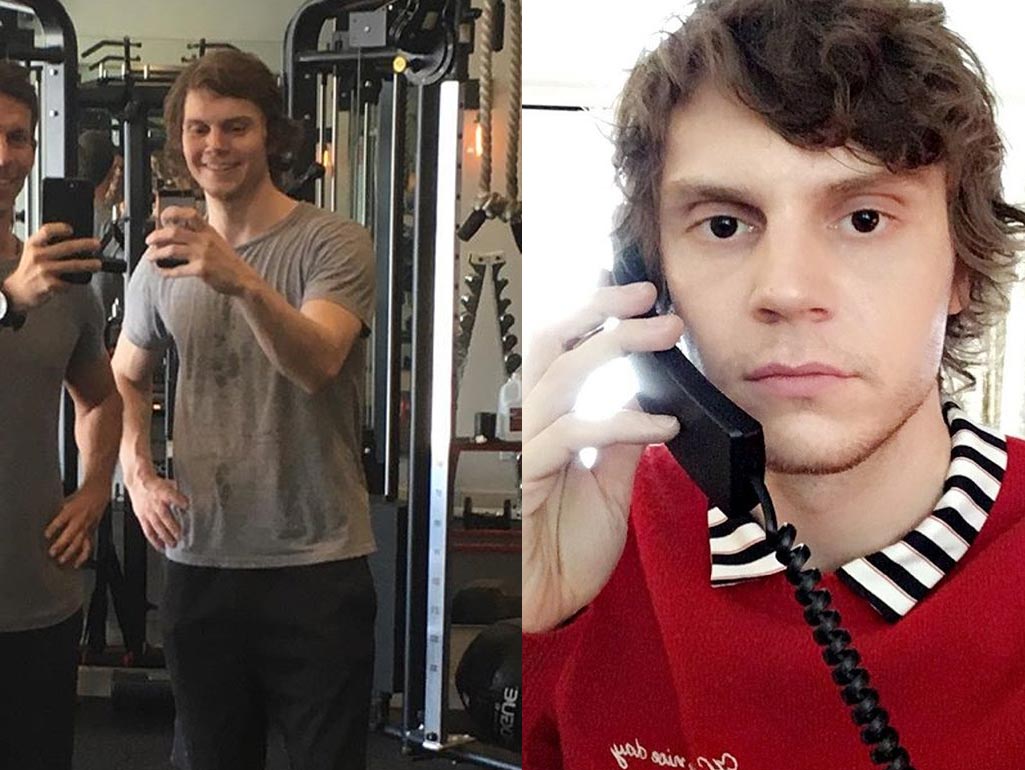 Evan Peters proposed our today’s heroine in 2014 for the first time. After that they cancelled the engagement and resumed it in 2016. Their relationships are full of great moments and sharp conflicts. So, what do we know about Emma Roberts future husband?

Evan Thomas Peters was born in St. Louis, MO in the family of a private foundation vice president and a housewife. His parents Phil and Julie brought up (except for Evan) his older brother Andrew. From his father’s side Evan has a hall-sister Michelle.

Peters was educated at a High School, situated in Grand Blanc – the city, where The Peters relocated, following Evan’s father career. Soon the boy left school and continued his education at home. In 2004 Evan Peters debuted on the screen.

In fact, Peters has been keen on acting since his teens. He convinced his parents to pay for his acting lessons. He participated in talent contests in Florida and won lots of them. In addition, Evan started to earn his living as a model. One of the photographers recommended the talented teenager to an agent. Soon Evan Peters and his mother moved to LA and started to visit castings.

Peters debuted in the series “Monk” and “One Tree Hill”. He rose to fame as Jimmy Darling from “American Horror Story”. His other famous screen projects include X Men films, “Never Back Down”, “House, M.D.” etc. 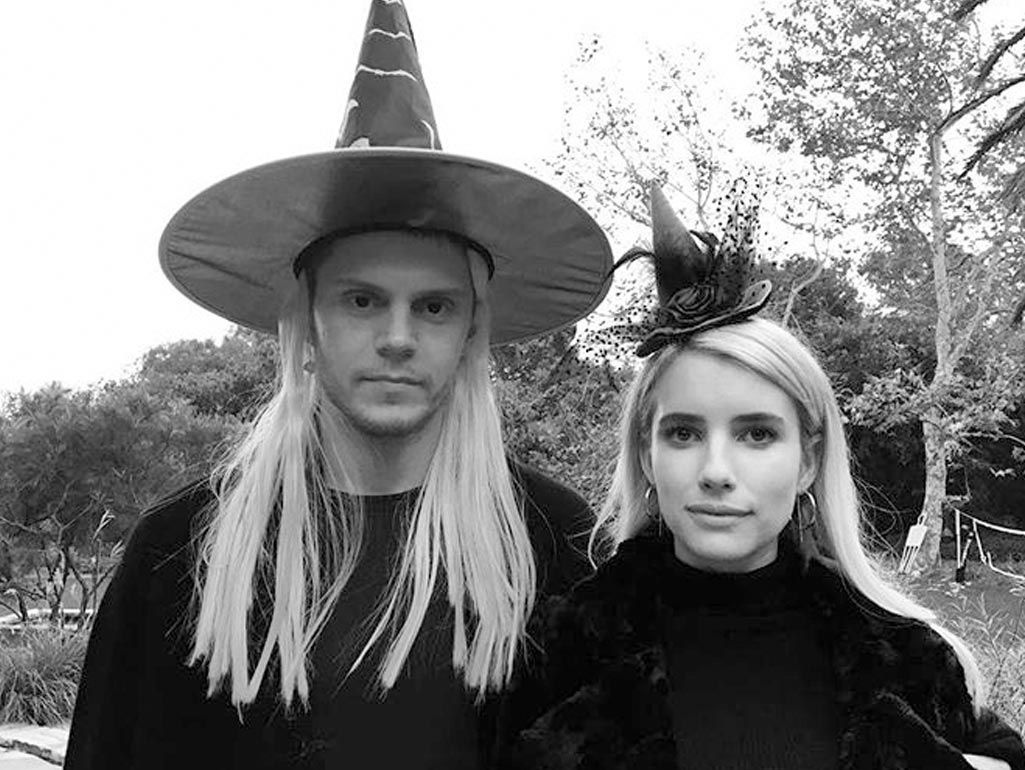 Evan Peters and an actress Emma Roberts met in 2010 at the set of the movie “Adult World”. They started dating after the end of the filming period.

Roberts-Peters couple had a number of loud conflicts, including the incident in Montreal hotel, when the couple arranged a fight in their room. The police arrived and noticed Peters with a bleeding nose. Cops arrested Emma Roberts for domestic violence. Evan decided not to bring a charge against his girlfriend. The couple reconciled and got engaged several months after the incident. But their relationships didn’t work, and the actors broke up in 2015.

But in September, 2016 they resumed the engagement and seem to be happy together. So, Evan Peters was going to become Emma Roberts husband. In addition, he was working hard. The actor played the leading role in “American Animals” and had several projects in pre production.

In March, 2019 US Weekly reported, that Evan and Emma broke their engagement and decided to remain friends. The actor moved out from their home.

Who are Emma Roberts parents? 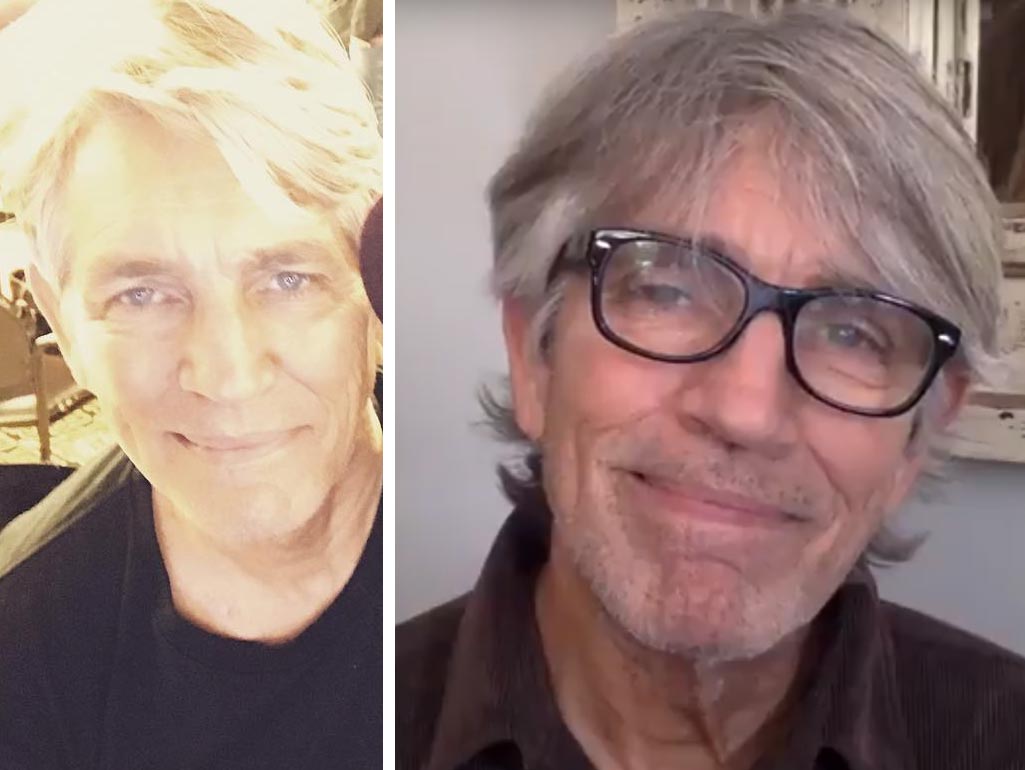 Eric Anthony Roberts is not just a father of a talented actress Emma Roberts, he is also an older brother of the main American Pretty Woman Julia Roberts. He was born in Biloxi, MS in the family of acting coaches and occasional actors Betty Lou and Walter Grady Roberts. Eric spent his teens in Atlanta, GA, where his parents opened an acting studio. Eric suffered from stuttering, so he leant long monologues by heart and then pronounced them in front of his parents to make his speech fluent and understandable. He managed to cope with speech disorder and convinced his father, that acting was his cup of tea.

Eric Roberts was interested in everything, connected with acting, at the age of 11. To help his son develop acting skills, his father sent the boy to American Academy of Dramatic Arts.

When Eric turned 15, his parents divorced. Betty Lou and her daughters Julia and Lisa moved to another city. During many years Eric and his sisters didn’t see each other, because he resided with his dad. When Eric turned 21, his father died.

After that Emma Roberts’ father had to struggle for his better future himself. He participated in Broadway productions and acted in the series “Another World”. His breaking role was in the film “King of the Gypsies”. Other popular Eric Roberts screen works are “Runaway Train”, “Best of the Best”, “One Way”, “Final Analysis” and others. He won an Academy Award nomination for his work in “Runaway Train”.

If Eric Roberts’s career seems enviable and well-planned, his personal life is quite chaotic and troubled.

When the actor was 25, he was close to death after a terrible car crash. Doctors literally created Eric’s face from scratch – his head was completely ruined in a crash. After a long period of rehabilitation he returned to acting and in early 1990s has become a real Hollywood star. But his passion to drugs again did a huge harm to his career.

Eric has just one kid – a daughter Emma. He dated Emma’s mother Kelly Cunningham in early 1990s, but they had never been married. Eric and Kelly separated soon after Emma’s birth.

In 1992 he married Eliza Simons. Currently she serves as Eric’s manager. Roberts met his wife during the flight in a plane. She was sitting by his side and was his fan.

In his younger years Eric was not close with his daughter. Emma spent more time with her famous aunt Julia Roberts. When the girl decided to become an actress, her father was against it. But later Eric supported his only child. 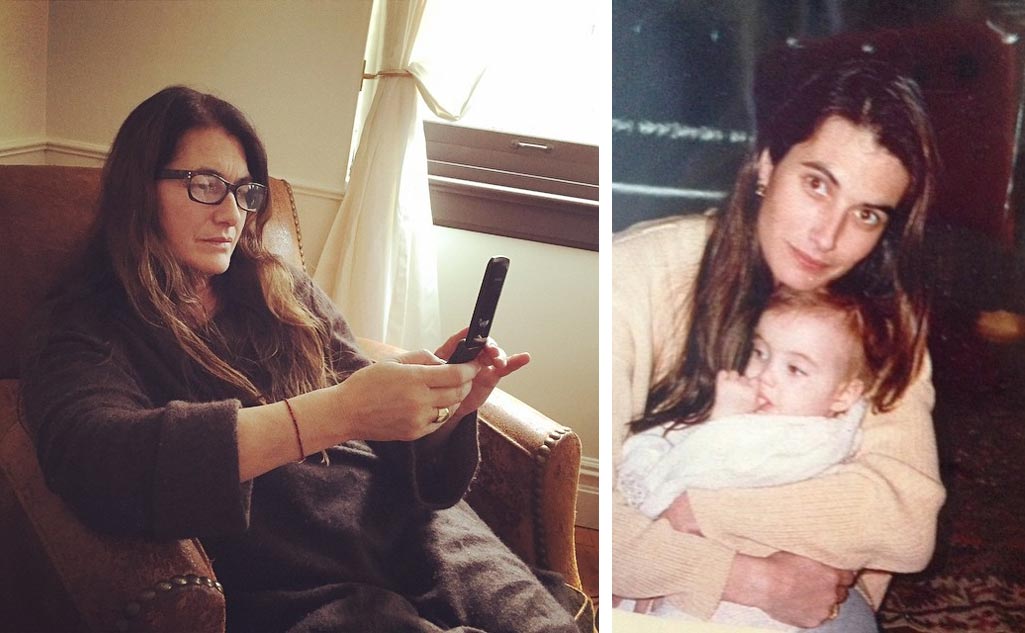 Kelly Cunningham is not an actress, but she is close to a cinema world too. Kelly is a producer and ex-model. She met a young actor Eric Roberts in 1988 and fell in love with him. They started dating and Kelly got pregnant. In February, 1991 she gave a birth to Emma Roberts. To the moment of girl’s birth Eric and Kelly had already separated. Kelly lived with her small daughter in Rhinebeck, New York area. Kelly was in good terms with an actress (and Emma’s aunt) Julia Roberts, who took Cunningham’s side in her court battle for the child’s custody.

Later Kelly re-married a rock musician Kelly Nickels and gave a birth to the second daughter. 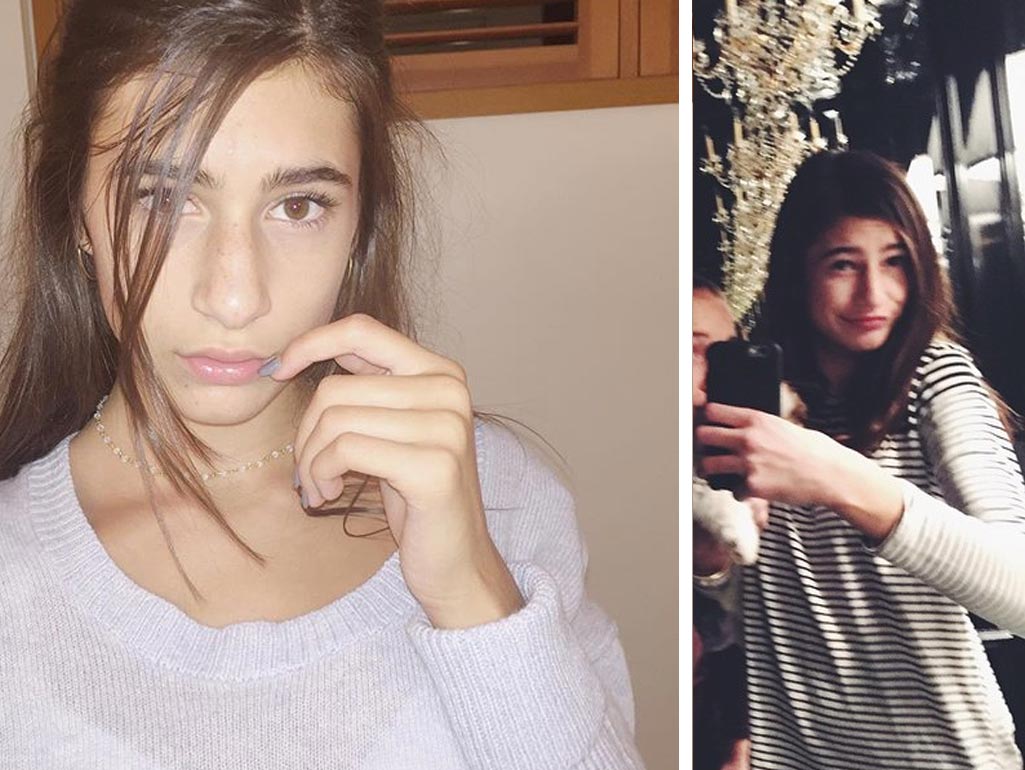 Grace Nickels is Emma Roberts only sibling from her mother’s side. Kelly Cunningham welcomed her second daughter with Emma Roberts’ stepfather Kelly Nickels, a popular bass-guitar player. In spite of 10-year age gap Emma is very close with Grace. The sister is the constant participant of Emma Roberts’ Instagram page. Several years ago the actress encouraged her fans to follow Grace’s account.

Grace has turned 17 this year. She didn’t tell to her followers, if she was going to continue her education. But definitely, Grace is a great artist. Her sister Emma proved it, showing a nice video, where Nickels draws the picture on the camera.

She is rumored to date an actor Garrett Hedlund. They were friends for a long time, but after Emma’s separation from a fiance Evan Peters, they started a new page in their relationships and they are a couple now.