Is Erika Costell a lesbian/bisexual?

What is Erika Costell marital status?

Who is Erika Costell husband?

Erika is an incredibly pretty girl, and she has lots of fans, who want to know about her love life. Since summer, 2017 the beauty was romantically linked to Jake Paul, a YouTube star and the founder of the project “Team 10”, where Erika is one of the participants.

In spite of the fact that two young people tied a knot in Vegas last summer and nicknamed their couple as “Jerika”, still some of their followers don’t believe in their affair and consider them as fake.

Jake Paul is a former wrestler and Vine star, who gained popularity as the founder of YouTube channel “Jake Paul” which boasts with more than 17 million subscribers. In addition, he previously was a star of Disney show “Bizaardvark”, but was fired after a year and a half of work. The reason was the noise he made while creating his YouTube vids.

In spite of incredible popularity of “Jerica”, in early November 2018 Jake Paul announced through Twitter, that he and his girlfriend (he didn’t mention their marriage status) broke up. He told, that Erika and he tried “to make it work”, but they failed, so they had to part their ways.

Who are Erika Costell parents? 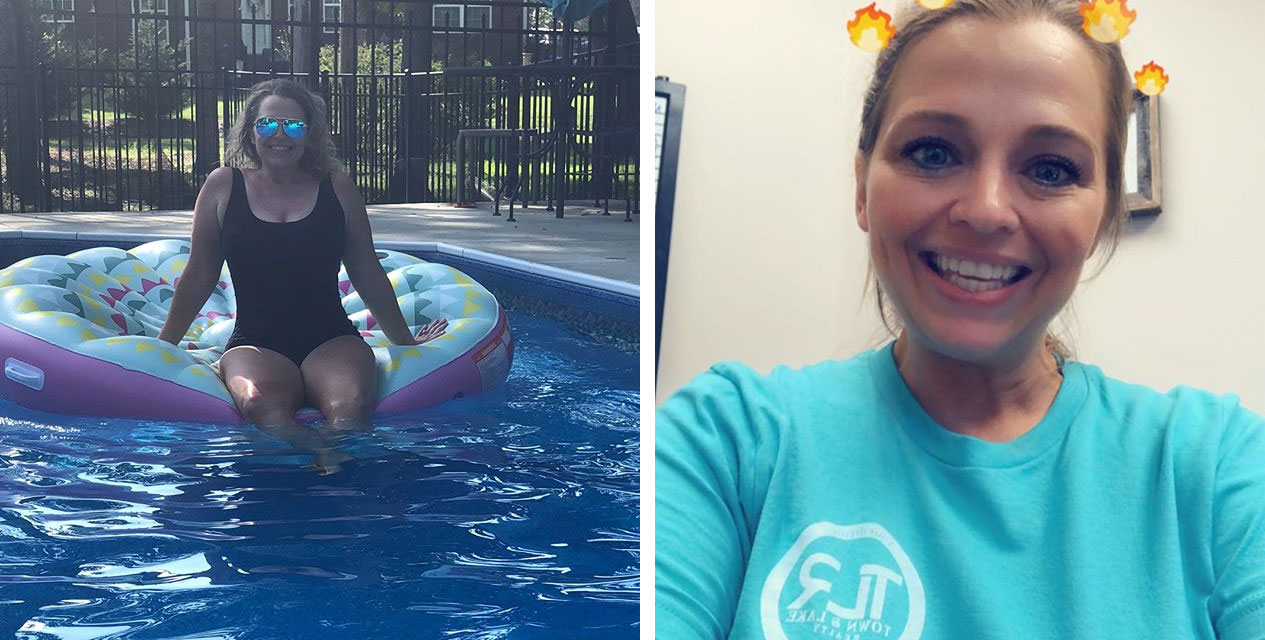 Angela (who frequently calls herself as Angel), is a YouTube personality, who is famous as a mother of a model Erika Costell. Nowadays she resides with her husband and kids in Murfreesboro, TN. Previously she resided in Michigan.

Angel studied at a high school. Now she seems to be a housewife, because she tells that her main activity is being a mom to “some social media stars”. She is of Caucasian ethnicity.

The woman was married twice – to Mr. Costell, Erika’s biological father, and to Dan Sheehan, with whom she welcomed three more kids.

Angel is an active supporter of her daughters and son, most of which manage their YouTube channels. She is an Instagram star with more than 54k followers.

Erika’s father is Mr. Costell, her mother’s first husband. There’s not much info about him, and he seems not to be close with his daughter, because she never mentions him in her posts and videos. 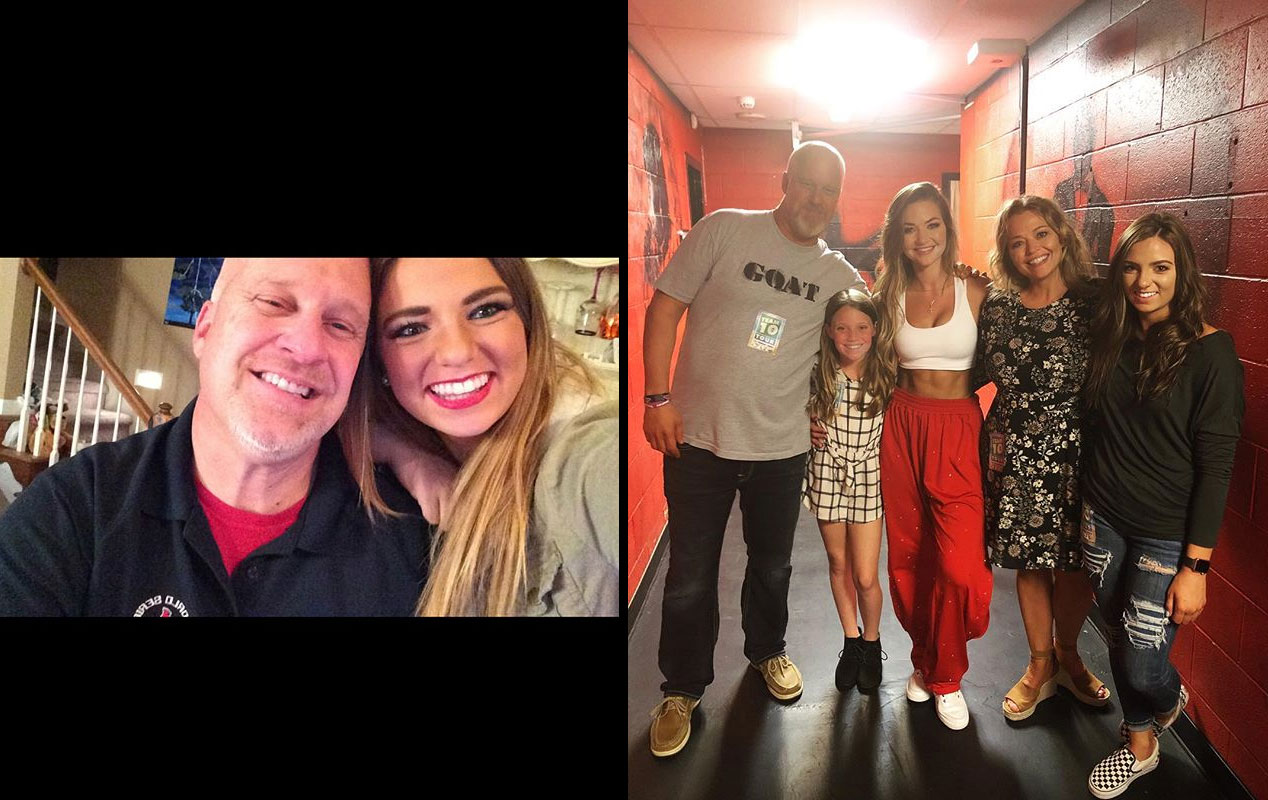 Dan is a tall good-natured person, who really loves his kids and wife. He appears in the vlogs of his youngest daughter Dani from time to time. The fans like his relationships with a small daughter. He has three kids with Angel Sheehan. Dan seems to be in good terms with Erika either. She calls him “Dad” In social media. 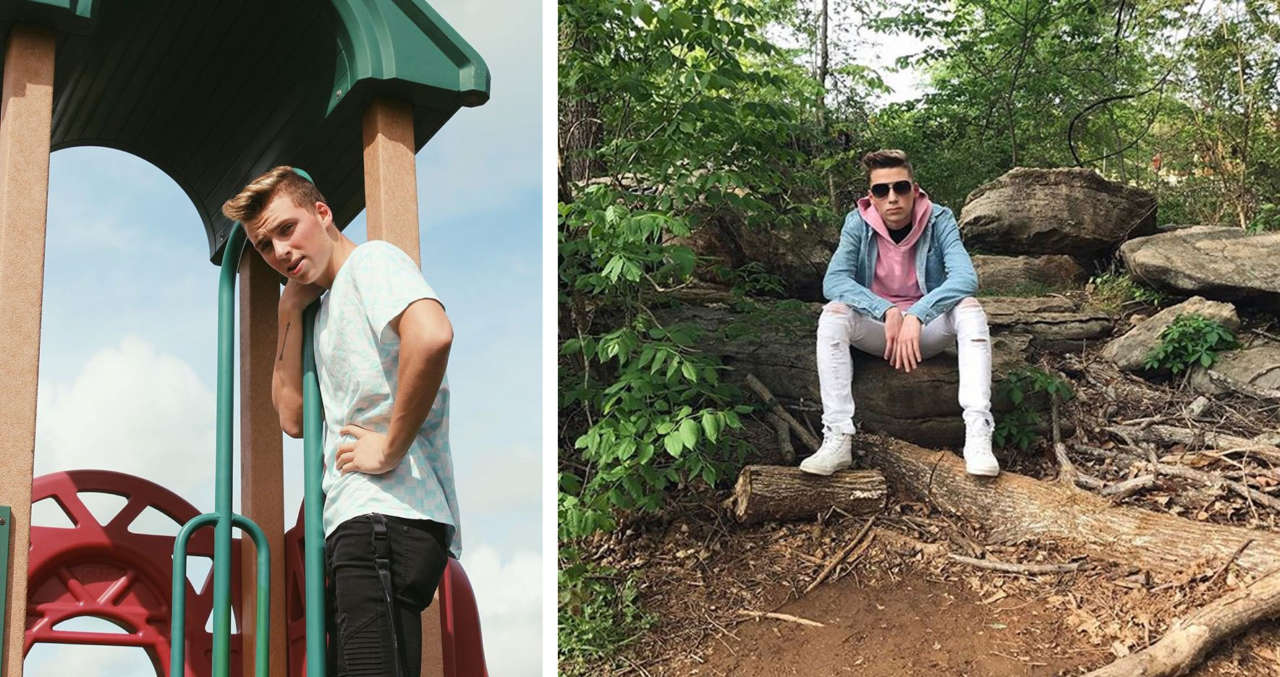 JC Sheehan is a famous YouTuber, Instagram and Twitter star. He is the son of Angel and Dan Sheehan and a younger half-brother of a beauty Erica Costell.

He started his YouTube channel in 2014, still being a school pupil. The boy decided to create videos in his free time (he had plenty of it after he had been fired from his two jobs simultaneously). His channel soon became popular – he gained more than 6 million views.

JC tries to post funny interesting videos, where he shares the details of his personal life, challenges his girlfriend (he is dating Maddy Carter) and sometimes invites his famous sister to his vlogs.

In December, 2017 the young man, who currently resides in LA, dropped out school in order to become a full-time YouTuber.

Morgan is Erika’s half-sister from maternal side. Unlike her other siblings, she is not looking for social media fame. The girl doesn’t manage any channel at YouTube, but she leads an Instagram account, where she “shares her best life”.

Morgan is in happy relationships with Justus Dauscha. She resides in Nashville, TN. She doesn’t open about her professional activity, but at school she was a cheerleader. 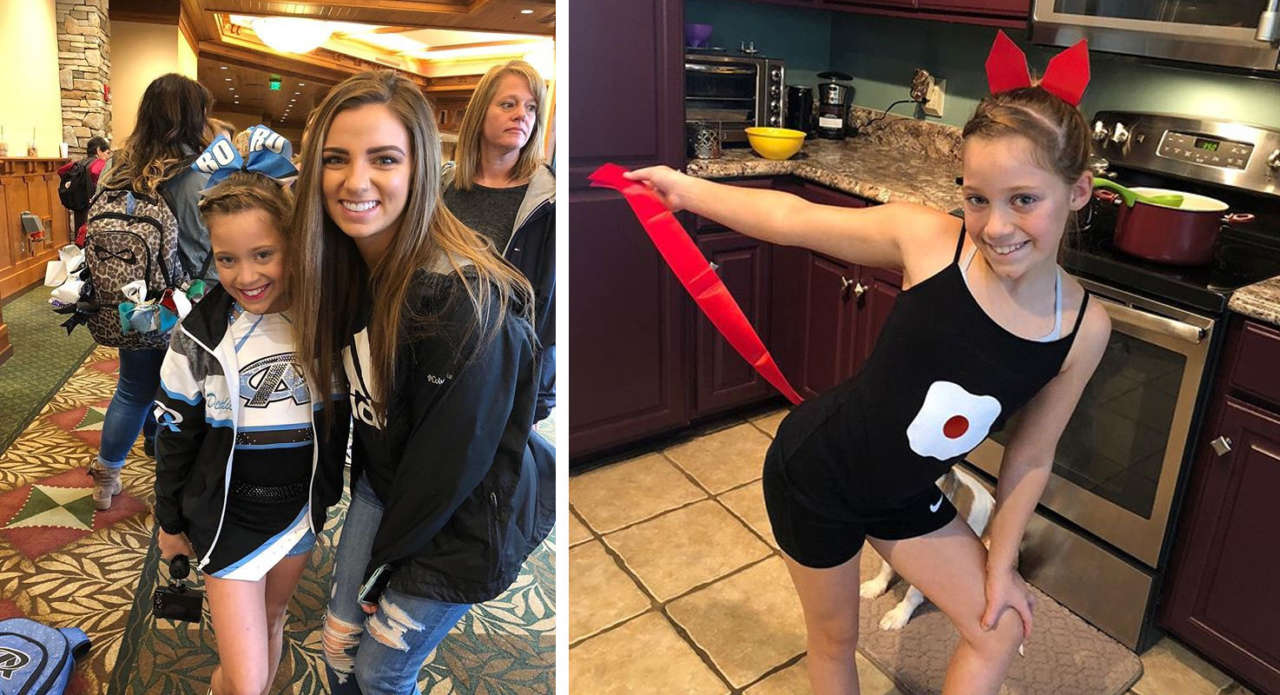 The youngest kid in Sheehan-Costell family, Dani seems to be second popular member of their breed (after Erica, of course).

She resides with her mother Angel and father Dan in Murfreesboro, TN. The girl studies at school and makes YouTube videos, where she demonstrates her daily routine. The other participants of her vids are her older brother JC, older sister Erika and parents.

She promises not to date anyone till she turns 16. 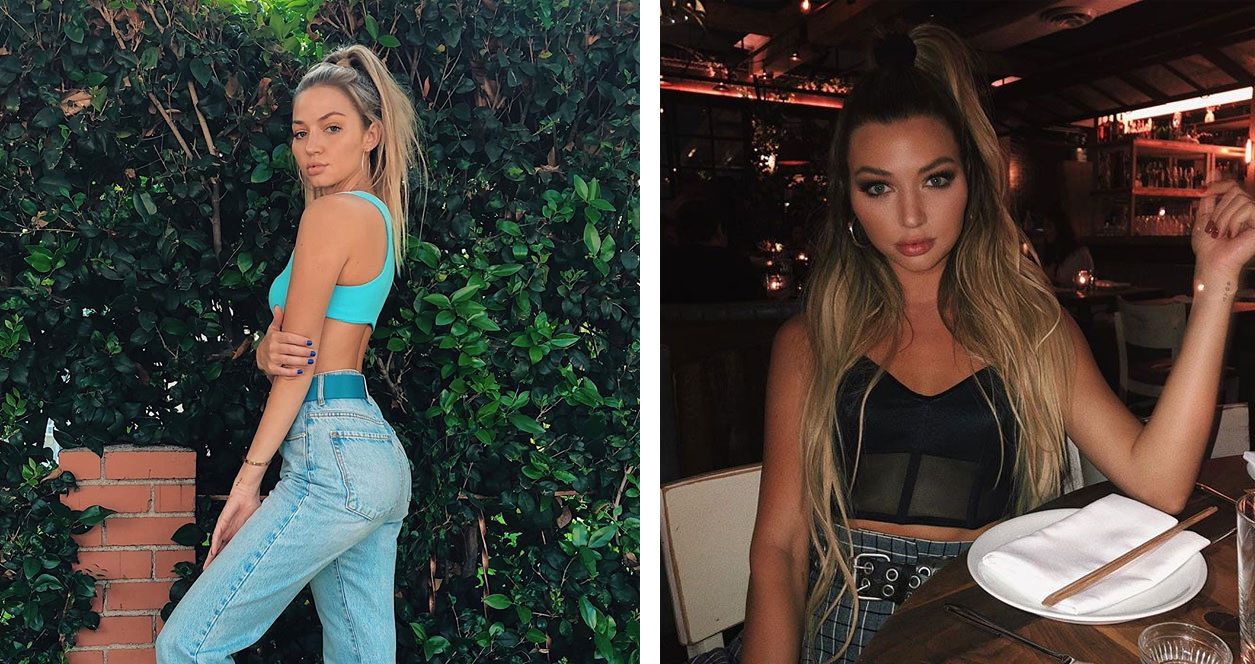 Erika Michaelann Costell is a model, who is represented by Wilhelmina International talent agency. In addition, she is a social media star and a singer, who has already released a number of singles. Her massive hit “There For You” gained about 25 million views.

Erika was born in early 1990s in the family of Mr. Costell and his then-wife Angel. She previously resided in Bedford, MI and Murfreesboro, TN. But nowadays she lives in California, where she moved to gain more opportunities for her career.

The girl has been very pretty since her childhood. But she understood the importance of education, so she was a good pupil at a high school. After that she entered Middle Tennessee State University, where she majored in business administration.

Costell rose to fame as a YouTuber and a model. Erika has model-like body and a face of an angel, which helped her become popular as a lingerie and fitness model. Recently she has launched career of a singer. Facts 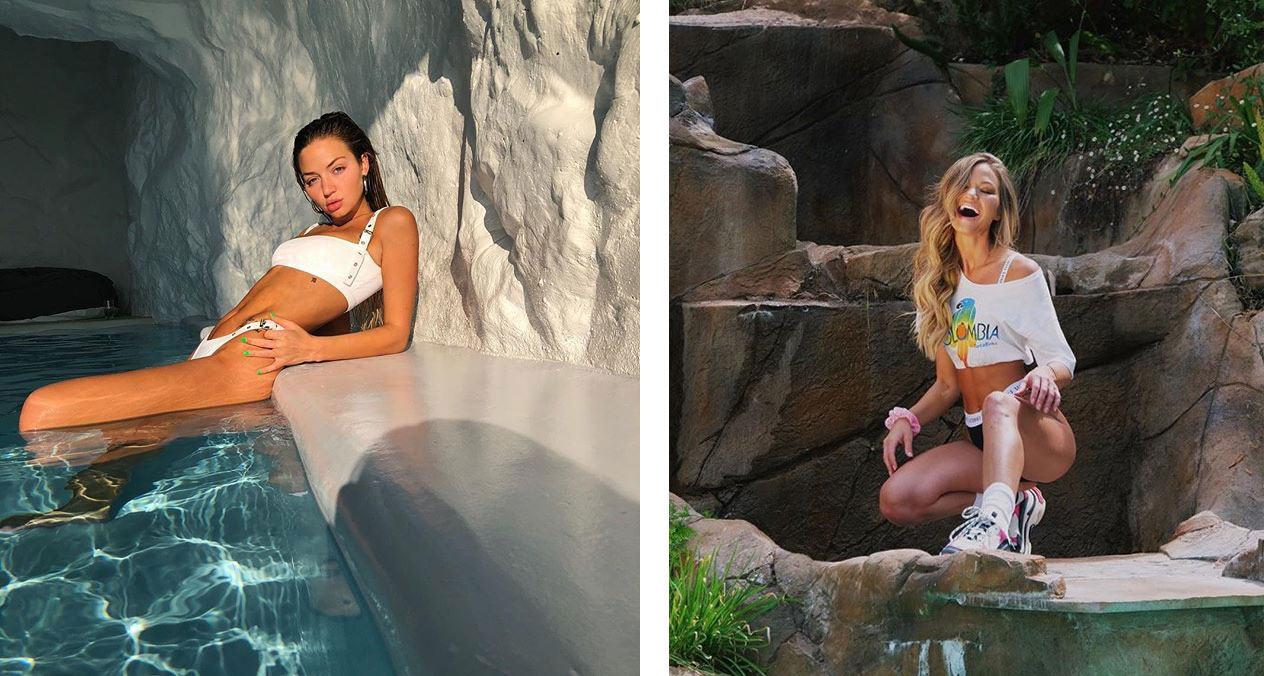