Is Francesca Capaldi a lesbian/bisexual?

What is Francesca Capaldi marital status?

Who are Francesca Capaldi parents? 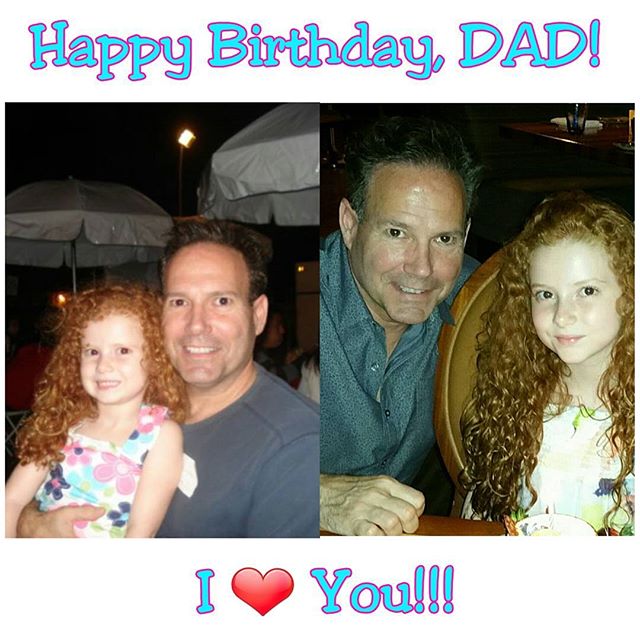 Francesca is the daddy’s girl. They are very close, and Mr. Capaldi is so proud of his daughter. He is not a public person, and he isn’t present on social media, so everything we know about him, was told in his occasional interviews.

He was educated at St. Mark’s High School and then at the University of Delaware. He grew up with his sister in Wilmington, DE. The names of his parents are Benito and Benny Capaldi.

He met the main love of his life, Francesca’s mother in the early 1990s. They tied a knot in 1994. They resided in Delaware for some time and then moved to California, where their only daughter was born and raised.

He has never been connected to show business. During many years he was working in the company, which dealt with international sales. Nevertheless, he was so happy to support his daughter in her dream to become an actress.

Francesca’s mother is named Gina Angelucci Capaldi. She comes from Kennett Square, Pennsylvania. She is a Kennett High School graduate.

Gina is a daughter of a tailor Nicholas Angelucci, who passed away in 2008 at the age of 80. She grew up with two brothers. She is a long-term Carlsbad resident. The woman used to work as a pharmaceutical sales rep.

Of course, she did a lot for Francesca, who gained the status of a child star at an early age. She even considered the possibility to move their small family to Los Angeles, but then decided to leave the girl in Carlsbad. The actress leads a normal life when she is not on the set. She goes to the local school and has friends there. Her mother put a lot of effort to let her famous daughter lead a normal life.

Francesca Angelucci Capaldi defines herself on social media as “that red-haired girl from “Dog with a Blog”. Probably, the story of a dog, which could speak and also hosted a blog on the internet, is the main project in her film list no. Nevertheless, she has other roles anyone could be proud of. Besides, the actress Francesca Capaldi is so young, that’s why her best projects are yet to come.

For this beautiful young lady in her late teens acting has never been an aim. That’s because she started acting before she had even learned to walk, so that was so natural for her, like breathing.

The girl was born and raised in Carlsbad, CA. The girl was just 8 months old when she was signed by an agent. Her parents had dinner in a café, and she was just sitting near them. Her curly red hair immediately took the attention of the agent Paloma Jackson. She convinced the baby’s parents to visit an office of Jet Set Models. The baby girl was signed for 9 years, and her parents considered it as a good opportunity to save money for her college.

The red-haired beauty appeared in numerous commercials, including Mott’s apple juice ads, where she portrayed the screen daughter of Marcia Cross.

Soon she came from modeling to acting, and that was a great experience for Francesca. In her interview, the child star tells, that she simply likes to act, and popularity is not so important for her. Having started as the young version of the actress in the episode of super-popular series “How I Met Your Mother” she moved forward and got the regular role in the original super popular series “Dog with a Blog”. Among her recent projects, there’s a voice work for the animated film “The Peanuts Movie” and the role in the series “Crown Lake”.

The fans are looking forward to each new project of the talented actress and watch her bright life on Instagram.