Is Gal Gadot a lesbian/bisexual?

What is Gal Gadot marital status?

Who is Gal Gadot husband?

Gal Gadot-Varsano is a Wonder Woman, and not just because of her brilliant play in the film of the same name. She seems to have endless energy, which she spends to be a great actress, model, and mother of 3. How was that stellar woman shaped and who raised her? Let’s see!

A happy long-term marriage is a rare thing in Hollywood. But Gal Gadot and Jaron Varsano are happy exclusion from this rule. They have been together since 2008. Jaron Varsano is an Israeli real estate developer, executive producer, and occasional actor. It was he, who produced “Wonder Woman 1984” and depicted Carousel’s Father in that movie. Gal met Jaron Varsano at a desert retreat, which was devoted to a healthy lifestyle. They immediately liked one another, and Jaron was ready to propose to her that very day they met.The couple tied the knot in a lavish ceremony on September 28, 2008. Till now they are an item. They still love each other, as both write on social media.

Varsano used to own a hotel in Tel Aviv. Gal had done some design things for that venue before she got busy with her career in Hollywood. In 2015 he sold the hotel to Roman Abramovich for $26 million.

He was educated at the New York Institute of Technology. He runs the film production companies “Rise” and “Gadot Varsano Corp”. He co-produces some of his wife’s upcoming projects, like the film “Heart of Stone”, which will be released in 2023.

With Gal, he raises 3 beautiful daughters.

Alma is the oldest girl in the Varsano family. She has already become a child actress, who made a short appearance on “Wonder Woman 1984” with her mother as the main cast and father as an occasional actor.

The girl spends a lot of time in Los Angeles with her mother, who acts in new films. Alma is also a frequent guest at the maternal grandparents’ home in Israel. 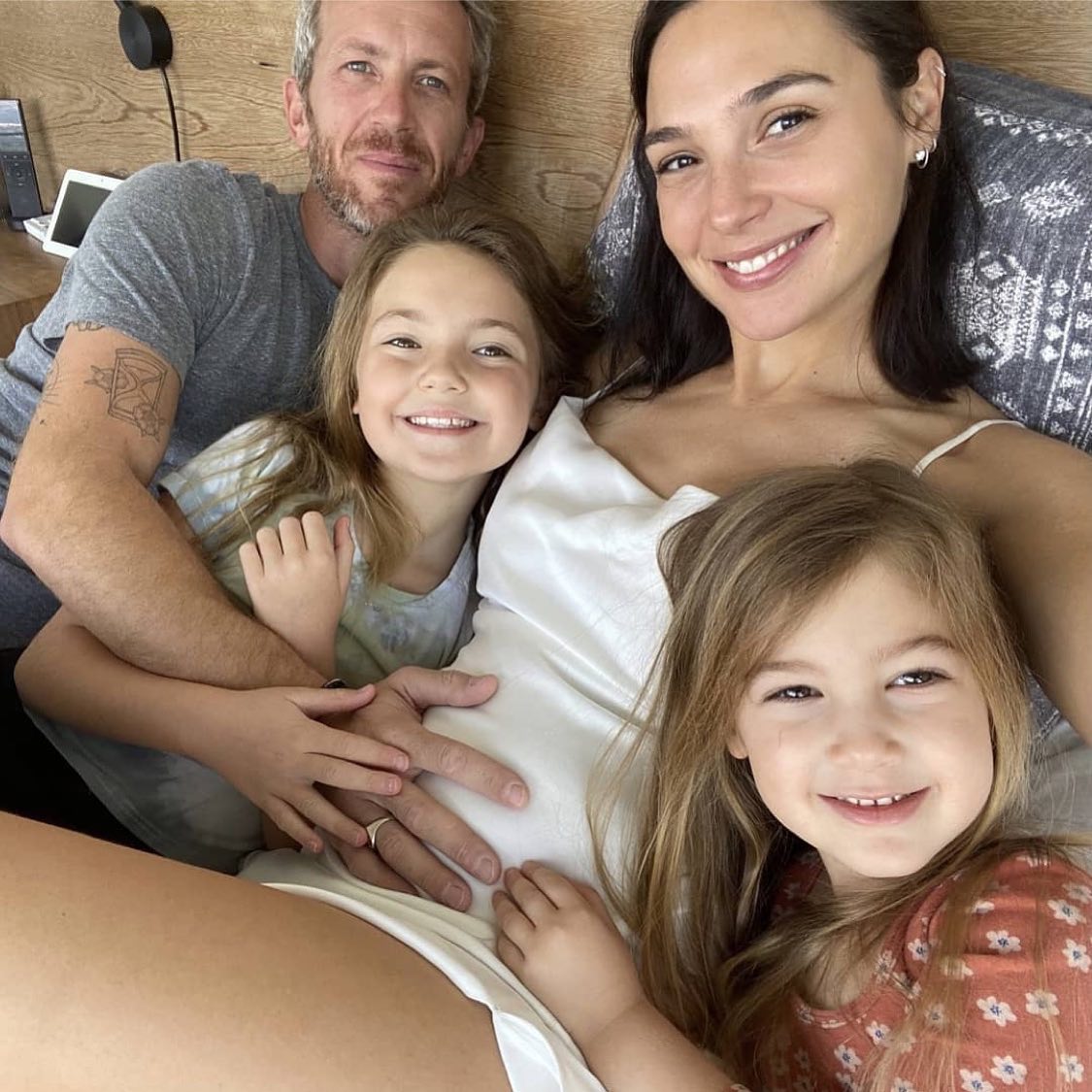 In 2017 Gadot-Varsano family welcomed a second daughter Maya. Gal didn’t show her kid in public for a long time. But in 2020 Maya’s cute face became known to everyone on this planet, as she appeared as a Carousel Girl in her mom’s movie “Wonder Woman 1984”. 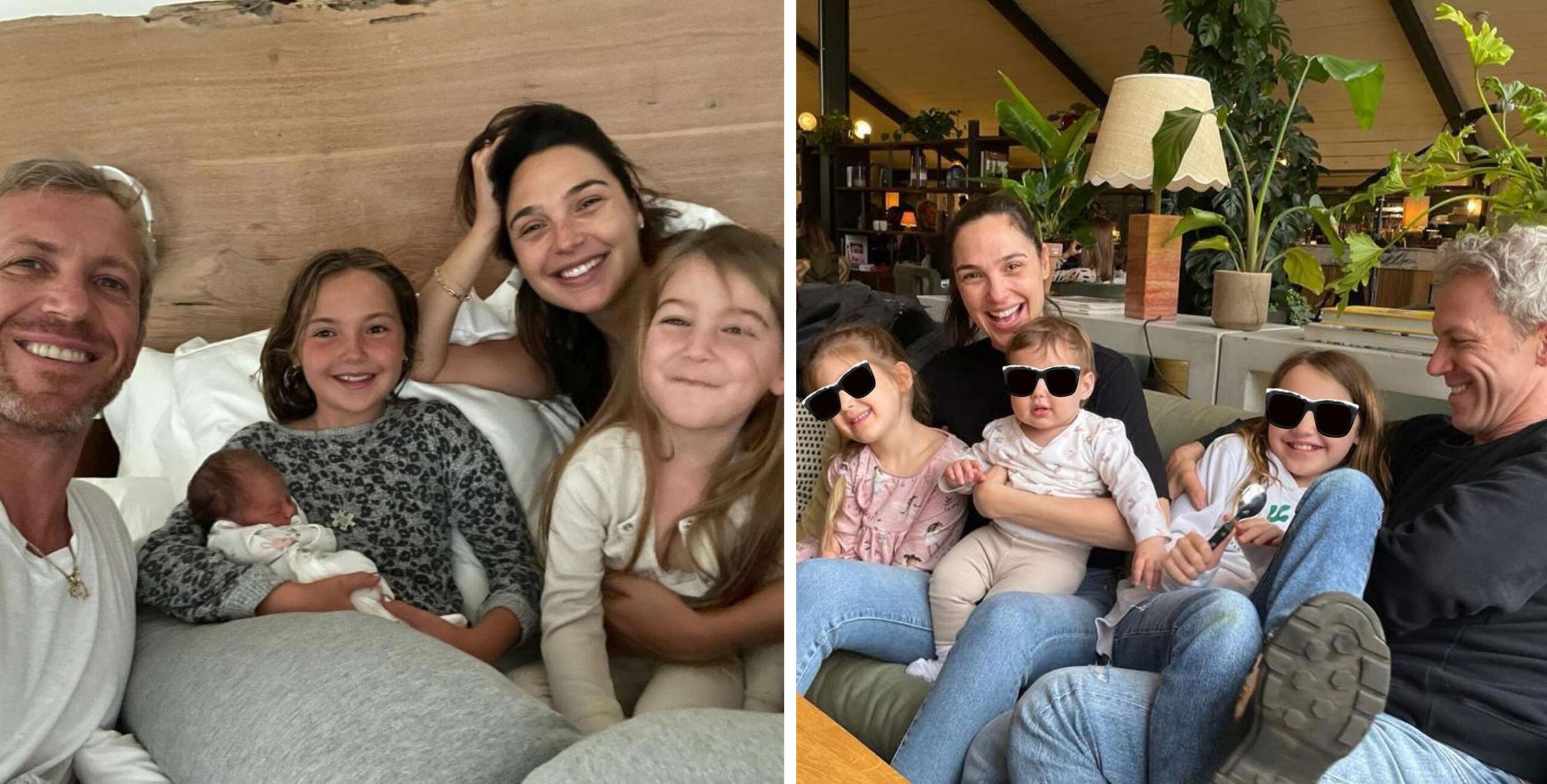 In March 2021 Gal announced her third pregnancy through social media. A little later that very year she welcomed the third baby girl, whom her husband and she called “Daniella”.

In one of her interviews, Gal opened up, that sharing her time between motherhood and active acting is very hard. Nevertheless, she tries her best to be a great role model for her girls. “I always try to make good films for my girls to see them, when they grew up”, she said once.

Gal follows the example of her mother and teaches her daughters to love sports. “I want my kids to be active, not to sit motionless, playing Nintendo or watching TV”, she told in an interview.

Who are Gal Gadot parents?

Gal’s father is named Michi in the family circle. He is a family man, who spends a lot of time with his wife, daughters, and granddaughters.

Michael is an Israeli-born Jew in the sixth generation. He has a sister Gali Aharonovitch, who works as a fitness instructor.

He got a brilliant education. The man studied mechanical engineering at Tel Aviv University. He also studied business management, which helped him to become “a leader and a team player at the same time” as he positions himself on social media. Currently, he works as a Senior Global Manager at MTI Wireless Edge Ltd. 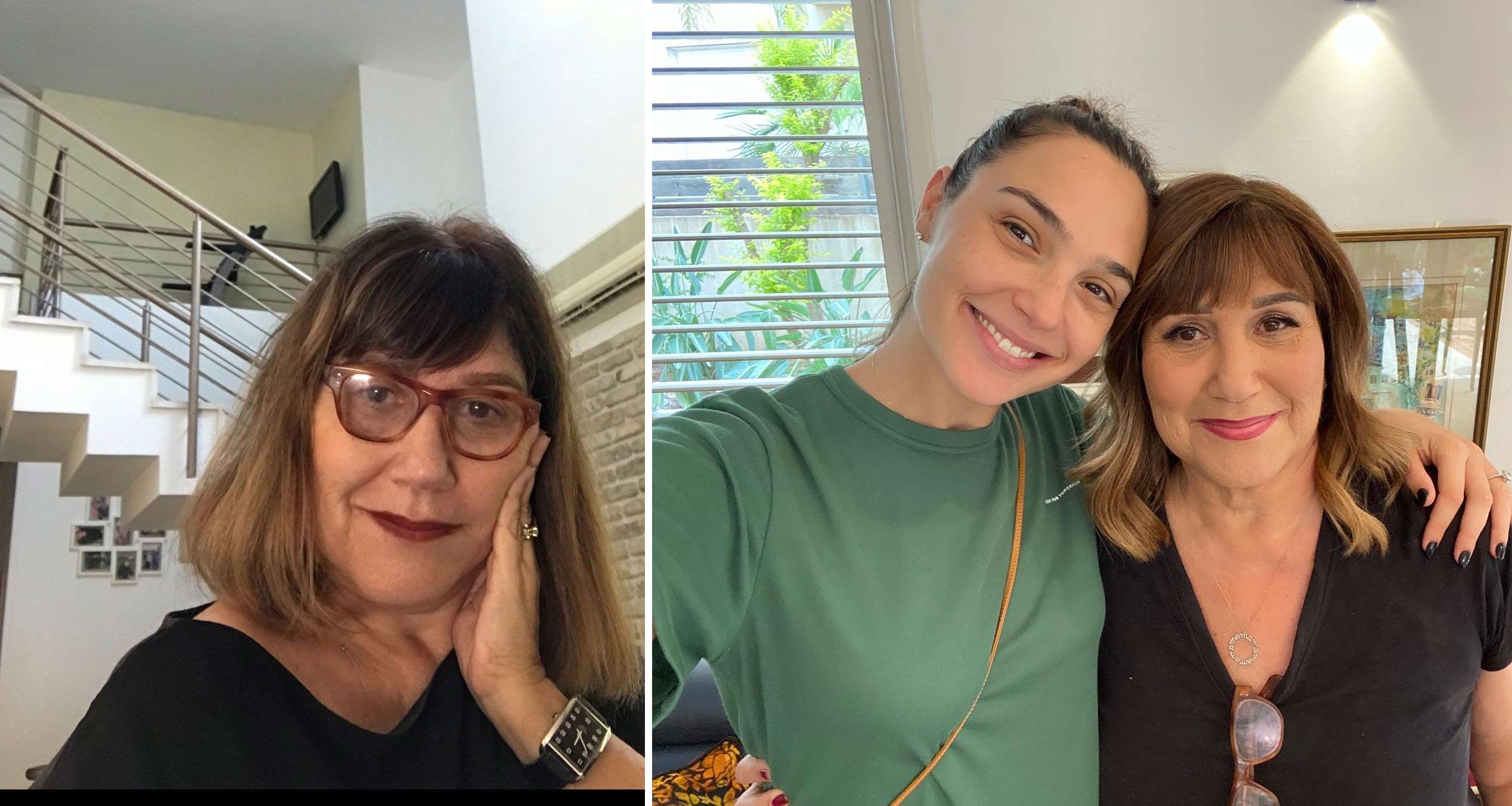 Gal’s mother, Irit, was the person, who helped Gal develop her talents and skills. As the actress tells, in her early years she was “a tomboy” and her mom helped her to channel her energy into sports.

Irit’s parents and grandparents lived in Europe. Her father Abraham Weiss lived in Munkács, a small village in Czechoslovakia, till he turned 13. After that, his life changed as German troops occupied Czechoslovakia.

His father was killed while he was fulfilling his duties in the army. Abraham, his mother, and his brother were sent to Auschwitz concentration camp. Gal’s grandfather was the only person in his family, who managed to survive.

Irit, Abraham Weiss’s daughter, told her girls his story. Now Gal sees her mission in sharing with her audience those bitter lessons of history to prevent them from repeating.

Irit is a physical education teacher at school. Nowadays, she still trains kids and teaches them to love sports, just like she did for Gal.

She is also and mother of 2, as she positions herself on social media. Her life is centered on her family: her husband, daughters, and granddaughters. Her other interest is healthy food. The woman shares some recipes online. She also likes traveling with her family.

No need to say, that Irit is very proud of her daughter Gal. In the summer of 2021, she visited Warner Brothers Studio with her husband and granddaughters. There they saw a picture of Gal as a Wonder Woman. The happy mother couldn’t keep up the words of incredible pride and respect.

She told that Gal “broke the ceiling” and appeared in the company of the greatest Hollywood stars. The woman added that she is a very simple person and has never dreamed to be a mom of an international movie star. 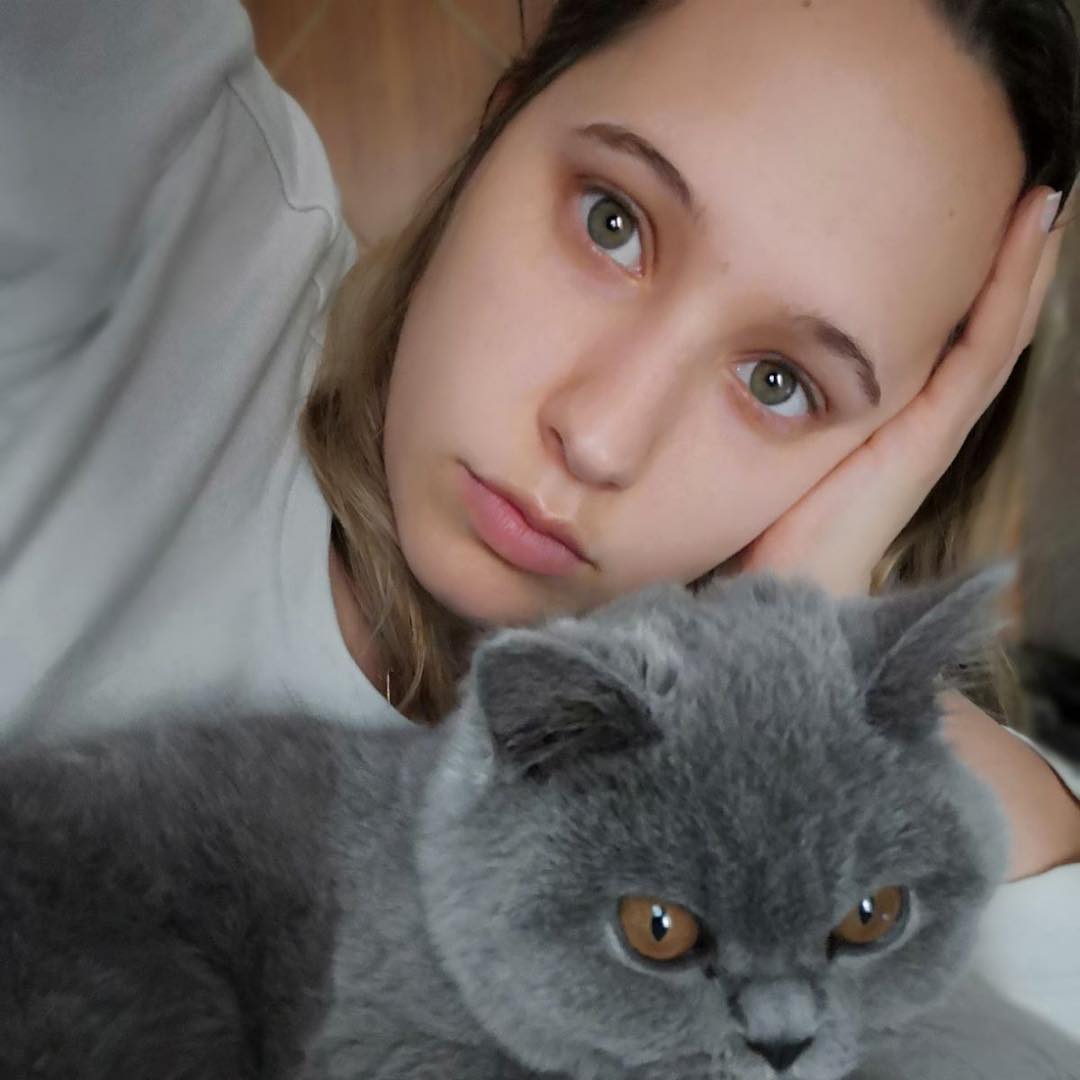 Gal has just one sibling – a younger sister Dana Gadot. Although the sisters can’t spend a lot of time together because of Gal’s busy schedule, they are very close. One day Gal shared a sweet birthday post for Dana. She confessed that the younger Gadot is the best sister in the world. Gal characterized her sister as “loving and smart”.

Dana grew up in a small town near Tel Aviv – Rosh HaAyin. She graduated from Tel Aviv University with a bachelor’s degree in accounting and psychology. Currently, she works as a financial controller.

In September 2021 Dana tied the knot with Omer Eshed. He is an IDC Herzliya graduate. Omar serves as the head of municipalities at the Israel Electronics Recycling Corporation.

Gal Gadot made her first breath on April 30, 1985, in Petah Tikva, Israel. She comes from a family of 4 – in addition to her parents, she also has a younger sister. Gal was still little when her parents moved her to Rosh HaAyin. There she spent her childhood years, which she considers very happy. Her mother was a teacher of sports in the local school.

In 2004 she won the Miss Israel crown. That opened the door to modeling for her. After one year of a successful model career, she quit it to do her service in the Israel Defense Forces.

After she resigned from the army, Gal came back to the international-relations school to study law. She didn’t think about the career of an entertainer till she suddenly got an offer to audition as a James Bond girl for the new part of the franchise.

Although she didn’t get that role, the casting process helped her understand that acting was her cup of tea. Two months later she met her big break. Gadot was cast as Gisele Yashar in the super-popular “Fast & Furious” in 2009. After that, she left her studies and became a full-time model and actress.

The next important chapter in Gal’s career was the role of Diana Prince, Wonder Woman actually, in the film of the same name. In 2013 she crossed her ways with Zack Snyder, executive director at Warner Brothers. She was looking for an actress to play the small role of Wonder Woman in “Batman v Superman: Dawn of Justice”. Gal captured Zack’s heart with her beauty, strength, and charisma. After that, she was offered not just a tiny part opposite Ben Affleck in “Batman v Superman”, but also the main role in the solo film.

As of now, her schedule is busy till 2024. She has several big screen projects, including the role of Evil Queen in “Snow White” and the main role in the movie “Cleopatra”.

Her great projects are not just about fame and money. She sees her mission as showing the world the strong side of a woman. And no doubt, she does it perfectly!