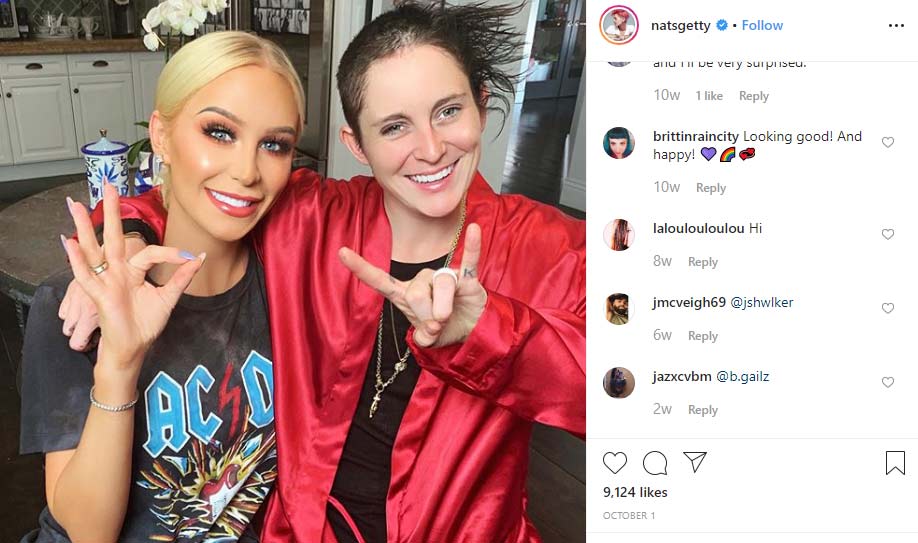 Their couple seems weird for million people worldwide. An ex-man, transgender woman Gigi Lazzarato tied a knot on July 12, 2019, with an ex-woman, transgender man Nats Getty. They started dating in 2016, and at that time Gigi shared with her fans the shocking news – she fell in love with a woman, although previously she proclaimed himself as a person, who is attracted to men. After several years of dating, lots of ups and downs in their relationships, they finally decided to get engaged. Soon after that Gigi and Nats exchanged the votes at a lavish ceremony and posted cute wedding pictures on Instagram.

By the way, Gigi Gorgeous has made a great choice. Her “husband”, whose birth name is Natalia Williams, comes from a rich and famous American family. Her mother, Ariadne Getty, is a well-known philanthropist and film producer, and her maternal grandfather George Franklin Getty was the patriarch of the petroleum industry in USA. Her uncle stands behind “Getty Images”.

Nats is making a career in the fashion industry. She develops her own apparel brand “Strike Oil”. She was a model, too, and presented the fashion collection of her brother, August Getty. Many years ago she came out as a lesbian. Later she modeled at a Paris fashion week, where she met Gigi and fell in love with her. Now, they have lots of goals together as a husband and a wife. They tied a knot at a very beautiful place in California – the Rosewood Miramar Beach.

Gigi loved her mother most of all in his life. He got married on her birthday – the 12th of July. And he was frustrated on the day of her death – February 3.

She was a great woman and had an interesting fate. Judith was born in Saint John, New Brunswick, Canada and as a baby, she was adopted by Loretta and Bud Belding. The girl had a perfect upbringing, her adoptive parents taught her to be hard-working and to love God. She worked at Richardson Greenshields and Canada Trust. In her 20s she met a great man David Lazzarato and had three sons with him (one of them is Gigi as of now). During 28 years she lived happily with her husband and was raising their family. She was proud of her kids. In 1994 she got an opportunity to meet her biological mother Barb MacNeil and her maternal sister Robin. Three women became close friends.

That wonderful life story ended in 2012. Judith passed away in the tight circle of her friends and family members. The reason for her death was leukemia. Gigi misses her till now. 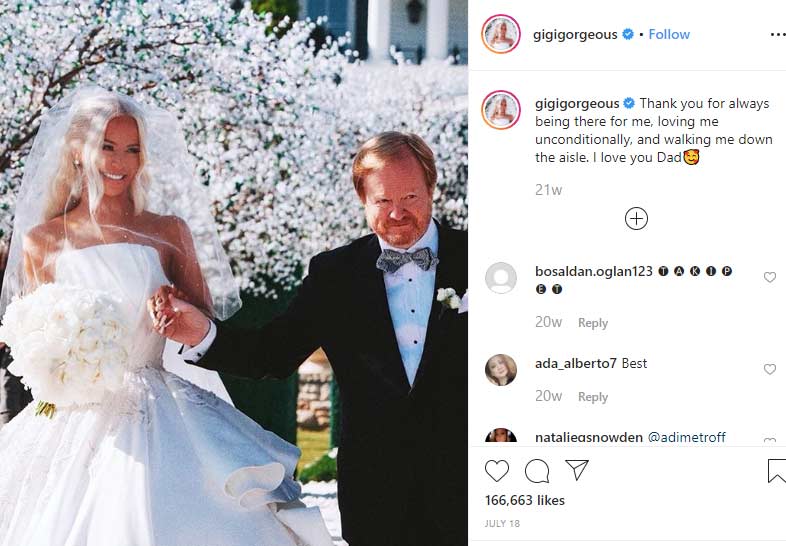 David’s face became famous after the release of Gigi’s documentary film “This Is Everything: Gigi Gorgeous”, presented in 2017. In the film, the man told, that it was not so easy for him to accept the changes in the life of his son Gregory and till now he can’t believe that he has a daughter instead of a son. Nevertheless, Gigi remains incredibly close to her father and tells that he is the best parent in the world.

The family man David Lazzarato is a talented financier, too. Having started as a talented student at McMaster University, he was making an enviable career as a businessman and finance specialist. The man worked for reputable companies and occupied responsible and high positions there. His resume includes working as a Vice President for “Bell Mobility”, being a Chairman for “Motion Picture Distribution” etc.

He built a great family with his late wife Judith. After her death, he mourned a lot, but then managed to start a new page in his life. Currently, he is a husband of Lori Lazzarato.

Gigi was blessed with an older brother, Adam. They share a close bond, and Adam accepts changes in Gigi’s life quite eagerly, without any stress or disapproval.

Adam resides in Toronto, Ontario, Canada. He studied Computer Science at Wilfrid Laurier University. He works as a DevOps engineer for the apparel brand “Top Hat” as of 2019. 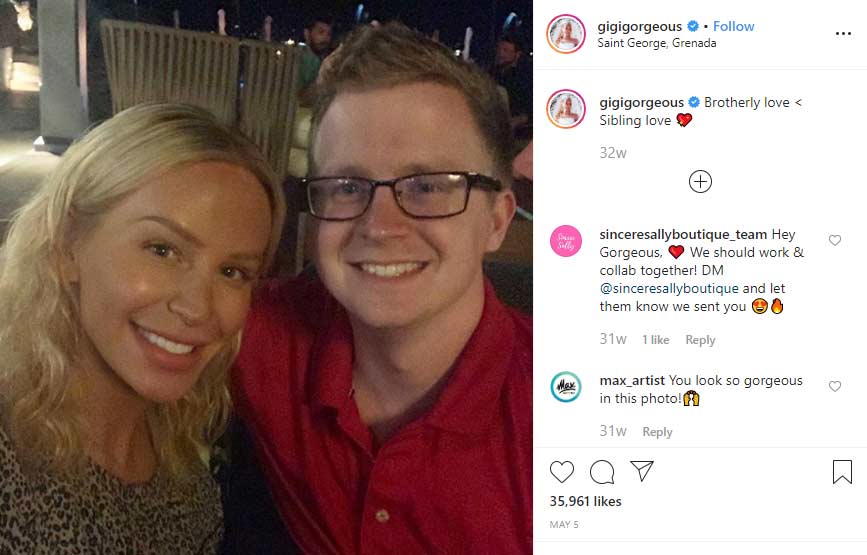 Corey is Gigi’s second brother. He also appeared in the documentary movie, devoted to YouTube’s star life journey. Corey has warm relationships with his famous sibling. He supported his “sister” at the Sundance film festival, where “This Is Everything: Gigi Gorgeous” was presented.

Mr. Lazzarato prefers to stay in the shadow. He resides in Toronto, Canada and serves as the production supervisor for the huge pharmaceutical company “Apotex Inc”.

His story seems unusual, and although not everyone approves it, his life journey is worth listening.

He was born as Gregory Allan Lazzarato, a Canadian boy, in the family of David and Judith Lazzarato.

His early years were calm and interesting. Gregory was fond of Olympic diving. He became the champion in this kind of sport in his home country. His parents were very religious and taught the boy to be faithful and kind-hearted. He was educated at a catholic school.

His life started to change in 2008 when Greg founded a YouTube channel. The sixteen-year-old boy began to post videos, where he shared makeup secrets. He was one of the first men, who were interested in the beauty industry at that time on YouTube. He looked like a typical emo-boy – had the blonde side bang and liked to wear the plaid shirts.

In 2012 the boy lost his mother, and that year he decided to make a global change in his life – to become a woman. During a year he told his fans all the aspects of this process. He made lots of operations – had a breast augmentation, removed Adam’s apple, did a nose job. After that, he named himself Gigi Gorgeous, a beautiful blonde, who is incredibly popular on social media. She has millions of followers on YouTube, Instagram, and other platforms.

By the way, biologically, Gigi is still a man, and he remains fertile. He got married in summer, 2019 and his “husband” is biologically a woman. So, the couple dreams to have kids.