Is Halle Berry a lesbian/bisexual?

What is Halle Berry marital status?

Who is Halle Berry husband? 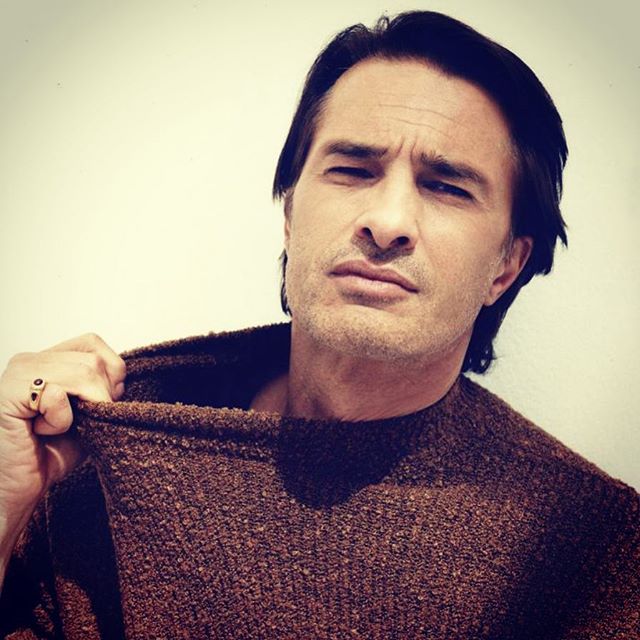 Olivier Martinez has become the third husband of the movie star Halle Berry and the father of her son Maceo. They met at the set of the movie “Dark Tide”. The couple had been dating for three years, before getting married officially on July 13, 2013. It’s a pity, but even the birth of the son didn’t save their marriage, and after two years of life together Olivier and Halle filed for divorce. In 2016 the marriage dissolution was registered officially.

Olivier is Halle’s French colleague. He is a talented actor and a handsome man, who is nicknamed in the press as “The French Brad Pitt”. He gained popularity due to his works in such films as “S.W.A.T.” and “The Roman Spring of Mrs. Stone”.

She was previously married to a basketball player David Justice (in 1993-1997) and the singer Eric Benét (in 2001-2005). Both marriages ended with a divorce. She was also engaged to a popular actor Shemar Moore. 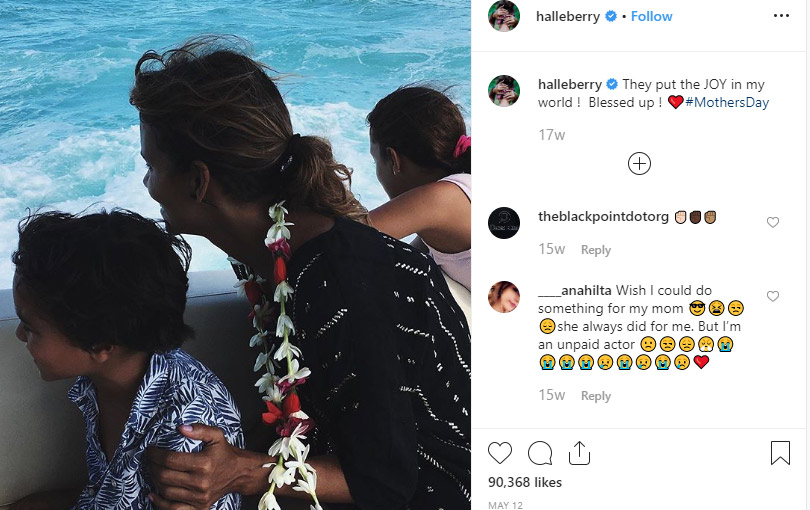 Halle was 42 when she gave birth to her first baby, it was a girl. Halle named her Nahla Ariela Aubry. The actress was very content during her pregnancy; she ate the right food, did a lot of yoga and had a peaceful state of mind. On March 16, 2008, she gave birth to a healthy beautiful girl.

Nahla’s father is a model Gabriel Aubry. Halle met him when she participated in the Versace commercial. Gabriel was present at the set, too. They started secretly dating and dared to publicize their relationships in late 2005. Three months later Halle announced her pregnancy.

Many people worldwide think that little Nahla is a happy petite princess, who was born in a family of two beautiful rich parents. But in 2010-2014 she was passing through a rough time when her parents separated and started a custody battle over her. During that period she had even witnessed the terrible fight between her father and her mother’s then-boyfriend Olivier Martinez. Finally, in 2014 her parents settled an agreement. Halle told that she tries to keep friendly relationships with her baby father for her daughter’s sake.

Now Nahla is turning into a beautiful little copy of her mother. She has Halle’s natural curls. 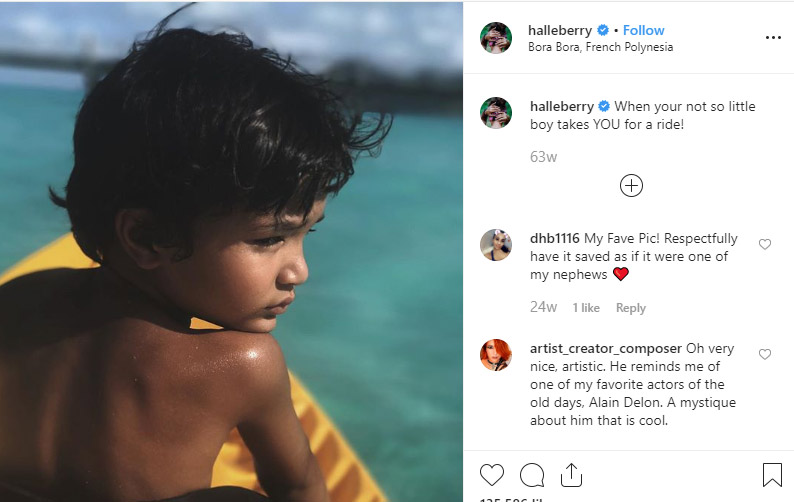 Maceo means “gift of God” in Spanish, and that marvelous little person has become the special present for his parents, an actress Halle Berry and her French colleague Olivier Martinez. The next day after his birth Halle’s representative announced his arrival but didn’t share any details on his weight and exact time of his coming into this world.

Both of his parents were 46 at the moment of his birth. Unfortunately, Halle and Olivier separated, when Maceo was 2. Now he shares his time between his father’s and mother’s homes. He is very close with his older half-sister Nahla.

Who are Halle Berry parents? 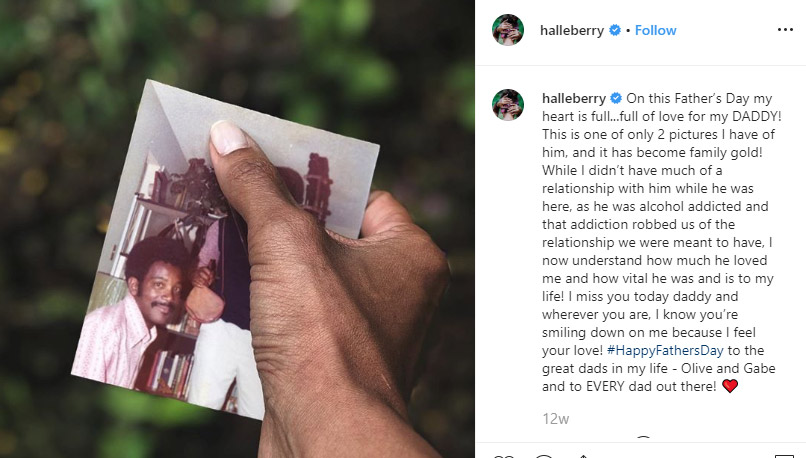 Jerome Jesse was the biological father of the popular actress Halle Berry. Unfortunately, he wasn’t close to her. In her numerous interviews the movie star told, that her father was physically abusive, he beat her mother in front of her eyes. Halle’s father disappeared from her life when she turned 4, and they were not connected since then.

But in her recent post on Instagram, the actress told that she found the strength to forgive him and that she finally understood that he loved her in his own way.

Jerome Berry was born on August 7, 1934, in the family of Robert Berry and Cora Lee. He earned his living as a hospital attendant and later turned into a bus driver. He was married twice, to Edwina Taylor, with whom he had a daughter Renee, and to Judith Hawkins, with whom he welcomed daughters Heidi and Halle.

According to Halle’s words, he was an alcoholic. The man passed away on January 2003 at the age of 68.

The name of Halle’s mother is Judith Ann Hawkins. Now Halle is closely-knitted with her mom, and quite often she is caught by paparazzi when she is going out with Judith. But their relationships were not always so peaceful. When Halle was 18, she stopped talking to her mom and was estranged from her during almost a year. The reason is Judith’s refusal to support financially Halle when she was short of money at the very beginning of her career. Then the future star found the job of a waitress.

Judith was born in Great Britain, from where she immigrated to the USA at a mature age. The woman earned her living as a nurse. At a hospital, she met Halle’s father and married him. She gave birth to two daughters before divorcing her abusive husband in 1970. 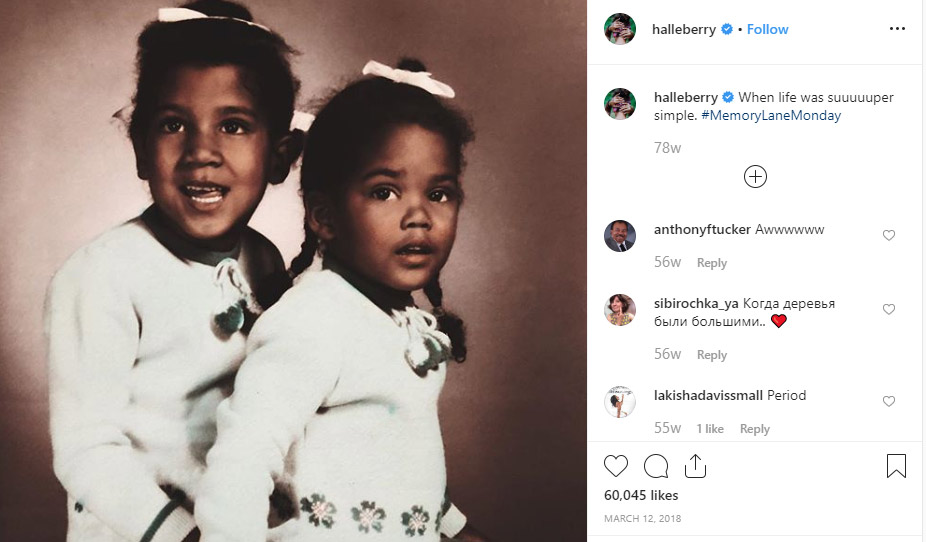 Heidi M. Berry is Halle’s only full sibling. She is a little older than the popular actress. Heidi looks like the girl’s mother, while Halle has the features of her late dad.

Renee is the actress’s older half-sister from her father’s side. She was very close to Halle when both were growing up. Now Halle and Renee are disconnected. “Something went wrong. I haven’t been speaking to my sister for years”, Renee told in a rare interview.

There are not so many moments in the modern movie industry, which are remembered by every viewer all over the world. No doubt, one of such moments took place in 2002 when a slim fragile and very beautiful actress Halle Berry got an academy award. She was impressed; she was crying and couldn’t believe in her success. She earned the statuette for her play in Marc Forster’s drama “Monster’s Ball”. That movie is one of the greatest in her resume, but not the only one. Halle’s film list includes the hits “Cloud Atlas”, “X2”, “Their Eyes Were Watching God” and others.

Halle Berry was born on August 14, 1966. The daughter of the British immigrant Judith and her husband Jerome, she had a troubled childhood. Her parents had lots of loud quarrels, which made Halle frightened. She ran away from home and was hiding from people in a safe place. When she turned 4, Mr. and Mrs. Berry separated. After that, she lived with her mother and attended a prestigious school, where she was bullied. Later Halle confessed that her troubles at school built her strong character.

After school, she moved to New York, where started the career on television. Her first paid job was a small role in the commercial of a popular radio station. She was noticed, and soon got lots of offers from reputable producers. She rose to fame as the model Emily Franklin from the series “Living Dolls”. That was her first success, and she cemented it with the roles in such hit films as “Jungle Fever”, “Swordfish”, “Die Another Day” and many others.

Now, when Halle Berry is on top of the world, she knows that her happiness lies not in fame or money, but the family.