Is Hunter Rowland a gay/bisexual?

What is Hunter Rowland marital status?

Who are Hunter Rowland parents?

On June 17, 2018, Hunter congratulated his fans on Father’s Day and named his younger brother Ashton “My Daddy”. Why didn’t he share the photo of his biological dad? That’s because his dad left the family when Hunter was just 5, and they haven’t been talking since then.

Hunter Rowland is close-knitted with each member of his family, which consists of his mother and two brothers. Of course, Christine is a special person for Hunter, and she lives in his heart permanently.

Initially, Christine Rowland rose to fame as a mother of three talented sons, who became social media stars. But now she enjoys personal fame, too.

Christine is a businesswoman and a model. She was active on YouNow platform under the name “ChristineRowland” and even won an Editor’s Choice award. She is closely connected with her fans and is always ready to communicate with them. 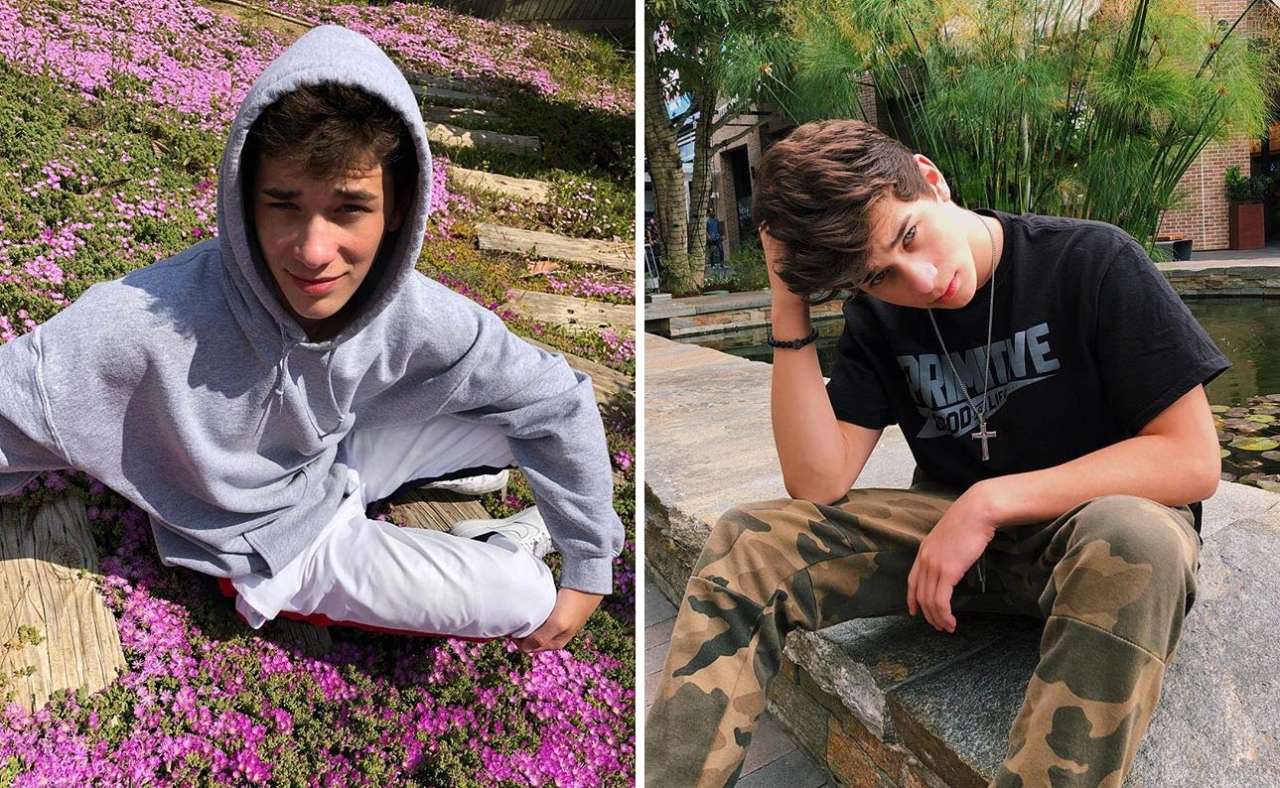 Hunter and his younger brother Brandon are real friends. And both they serve as an inspiration to people of their generation, who live at different parts of our planet. Brandon is a constant guest at Hunter’s YouTube videos. Two brothers have fun on the camera, and Brandon demonstrates his amiable festive nature. He is an Instagram star, who is followed by both, boys and girls, who were attracted by Brandon’s bright personality. He likes to take risks and often changes the color of his hair.

The boy was born in Arizona, United States and attends a high school there. Brandon likes sports, he is a well-trained dancer, and his flexible movements are another reason for his incredible fame. He is close to his brothers, but they are not only his friends. In addition, Rowland Jr. has amicable relationships with Johnny Orlando, a YouTube star and young singer. 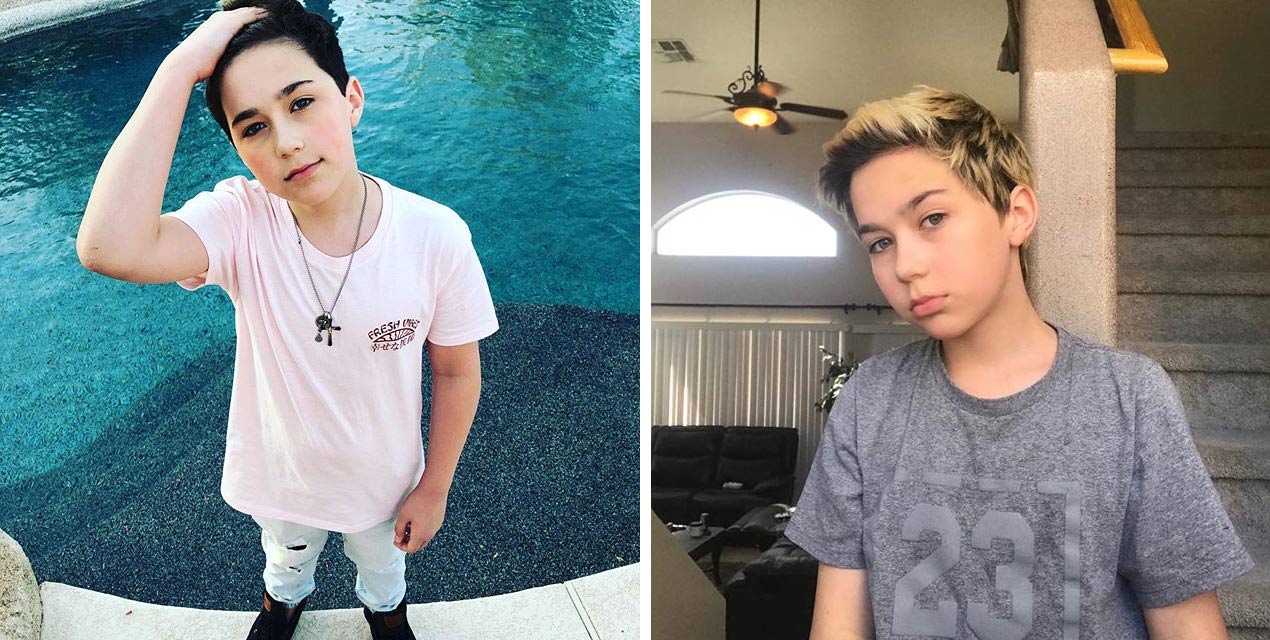 Hunter is blessed with not just one, but two talented younger brothers. Ashton is another boy from Rowland breed, who enjoys massive social media following. The boy is registered on various platforms, but he is probably the most popular on Instagram. Ashton has more than 800k followers there.

Like his brothers, Ashton is very active and athletic. He likes traveling and music. The boy participated in the MagCon Tour with Brandon and Hunter. In 2017 he was romantically linked to Ruby Rose Turner. 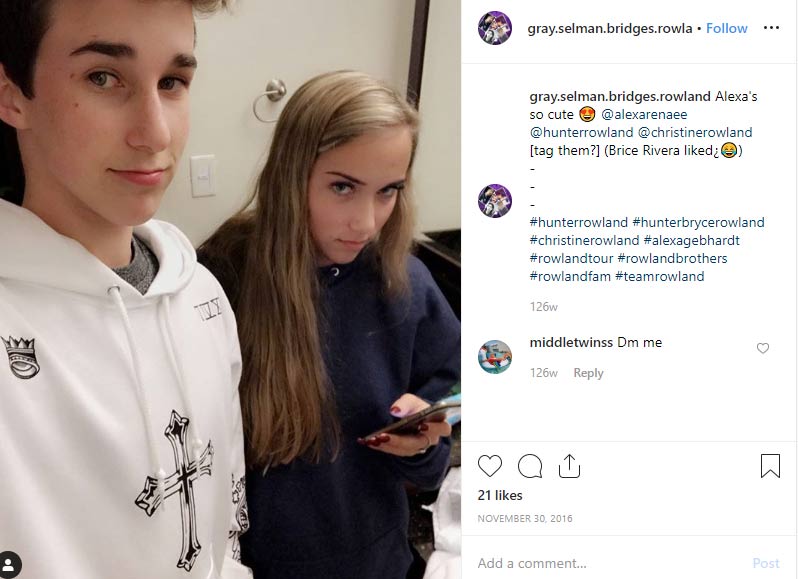 Alexa is the older half-sister of Hunter, Ashton, and Brandon from the maternal side. She is in good terms with Hunter and she featured in some of his YouNow videos. She is a high school pupil and she is a student at Florida Atlantic University.

Hunter Rowland is the newborn star of his generation. He is known as the founder of a super popular YouTube channel. Nowadays, Hunter Rowland boasts with 194k subscribers on YouTube, 936k followers on Twitter and more than 3 million subscribers on Instagram. He is just 18 years old, and by that tender age, he had already become financially independent. But how did he manage to achieve that?

Hunter Rowland was born in Florida, USA. He was raised by a single mother, and he doesn’t stay in touch with his father, who disappeared from the family picture when Hunter was just 5.

Rowland rose to fame in 2015, when he created an account on YouNow (the broadcasting app). The boy was registered under the name “HunterRowland22”. Soon his account became one of the most popular on the platform. Later he opened accounts on other social media sites. At first, the aim of his internet activity was to overcome his inner insecurity. But then it turned into his source of income and possible career. Hunter Rowland studied at a high school in Arizona. He was an aspiring wrestler and basketball player. He got emancipated from his parents at the tender age of 17.

Hunter is a cute young man and lots of girls dream to date him. But his heart is not empty. Since 2018 he is in relations with a female social media star Lea Elui Ginet. They share lots of sweet moments in public, making their fans so charmed with such a beautiful young love.