Is James Charles a gay/bisexual?

What is James Charles marital status?

Who are James Charles parents? 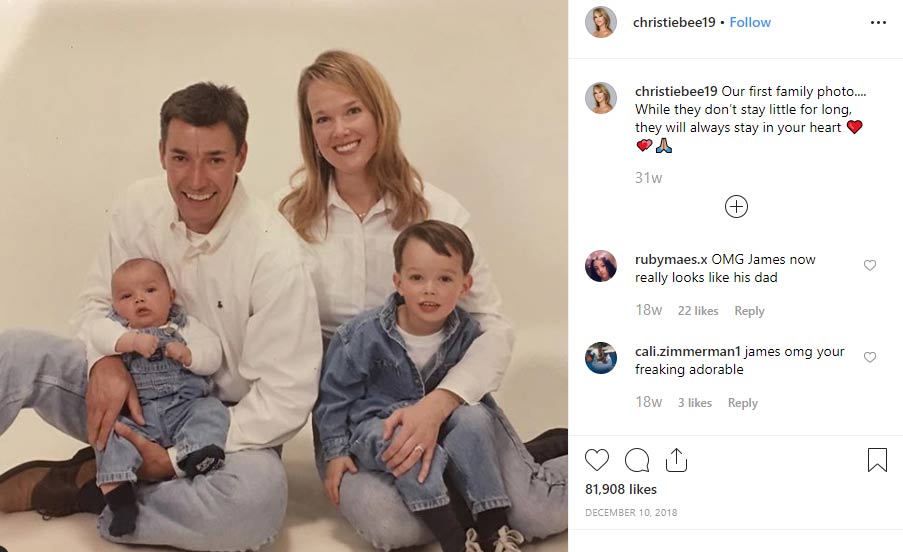 Mr. Dickinson is not active on social media, and he doesn’t publicize his name. Nevertheless, he appeared in some of his son’s videos, and was introduced as “Sister Father Charles”. Many fans notice, that the makeup guru looks just like the younger version of his dad.

Dickinson can serve as the role model for other parents. He is very supportive and tries to accept all the ideas, which occur in his son’s head. Father Charles was really upset, when he heard, that James is not going to study at college. He dreamed his son to become an architect or an interior designer. But he supported his son in his wish to become a makeup artist and even replaced his office from their house’s basement to let James Charles create his glam room there.

Mr. Dickinson earns his living as a contractor. He confessed, that his main priority was to care about his kids’ safety. Mrs. Dickinson thinks, that he is a real artist. 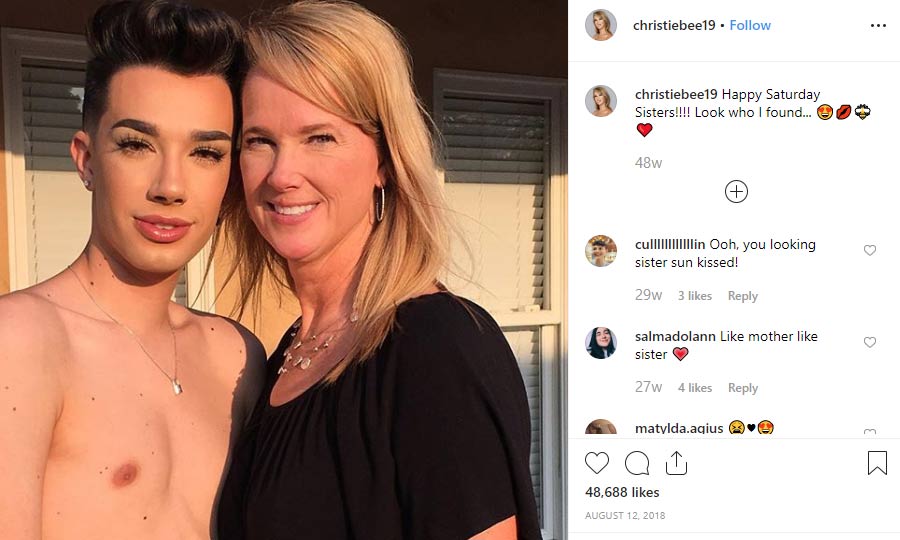 The name of James Charles’ mother is Christie Dickinson. She is a tall blonde woman, very sensitive and really beautiful. It’s not publicized, whether she has a regular job, but judging from her posts on social media, her family is her main priority. She positions herself as a happy wife. The woman got married Mr. Dickinson on September 27, 1997, and since then they have been creating their happiness with their own hands.

Christie is a cancer survivor. She supports people, who had to face the same problem. The woman is really proud of her sons. She understood James’ wish to devote his life to makeup and accepted his unusual for a boy looks. She doesn’t worry about the fact that her son wears makeup, but at first, she thought, he was transgender.

Obviously, Christie is a great mom, and her son James Charles has warm relationships with her. 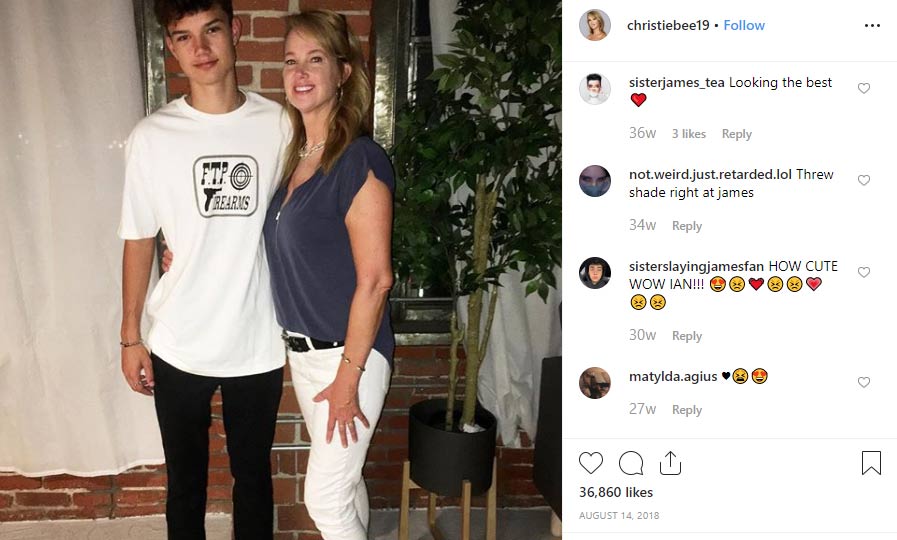 Although James Charles names him as “Sister Ian”, he is actually his younger brother. Ian’s face is known to many people worldwide as an Instagram star. The 17-year-old boy gained initial popularity as a brother of a makeup guru James Charles, but later he created his own independent fan base.

Ian was born and raised in Bethlehem, New York, but now he resides in Los Angeles, California. He studied at Bethlehem High School and played for the basketball team there.

He is really close with his older brother. Ian appeared in several of James’ videos. He is a co-manager of his sibling’s clothing brand “Sisters Apparel”.

Unlike his brother, Ian is not gay. He was dating a social media star, Loren Gray. 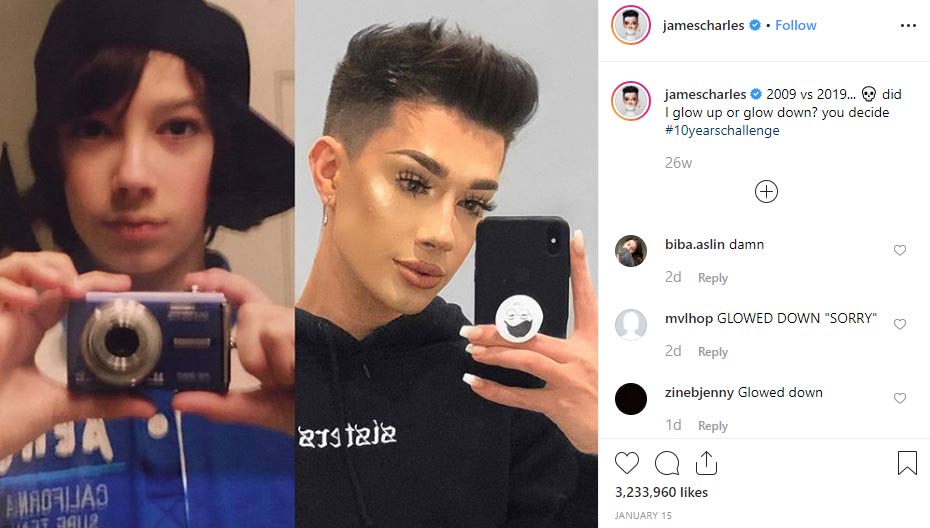 James Charles has gained a massive fan base. Even the hottie Kylie Jenner named him “my idol”. He enjoys vast popularity on various social media platforms, including YouTube and Instagram. If you are interested in beauty products and makeup routine, surely, you’ve already heard about James Charles, or Sister James Charles, as he names himself.

His real name is James Charles Dickinson. He was born and raised in Bethlehem, New York. The Internet celebrity graduated from the school in 2017.

He became initially popular as an Instagram personality. As of now, he boasts with 15+ million followers there. He is equally popular on YouTube. James’ channel is followed by 15, 7 million fans.

James is just 19 years old. He founded his YouTube channel in 2015. The young man reached the new stage in his career in 2016, as he was chosen as Cover Girl Ambassador. The huge cosmetics brand counts 55 successful years of their activity. James, who was selected as the brand’s presenter alongside Katy Perry, became the first male being, who has ever advertised “Cover Girl”.

It’s interesting to know, that James Charles is an open gay. He came out of the closet at the age of 12. His parents supported him and helped him to accept his sexual orientation.

In May 2019 James’s channel reached the highest rate of its popularity. He gained 16, 6 million viewers, but lost about 3 million of them within one day because of the scandal with his collaborator and role model Tati Westbrook. The woman accused him of dishonest advertising and sexual harassment to straight men.