Is Jamie Foxx a gay/bisexual?

What is Jamie Foxx marital status?

Jamie Foxx has never been married officially. Nevertheless, he is the father of two daughters. The name of his oldest girl is Corinne. She was born in 1994, and she is the result of Jamie’s 5 months affair with a military veteran Connie Kline.

A rising star now, Corinne previously studied at the University of Southern California. In 2016 she went out of the shadow as Miss Golden Globe. That was a great honor for the girl to assist at the Golden Globe awards ceremony, and her famous father was so proud of her, that he had even dropped a few tears. 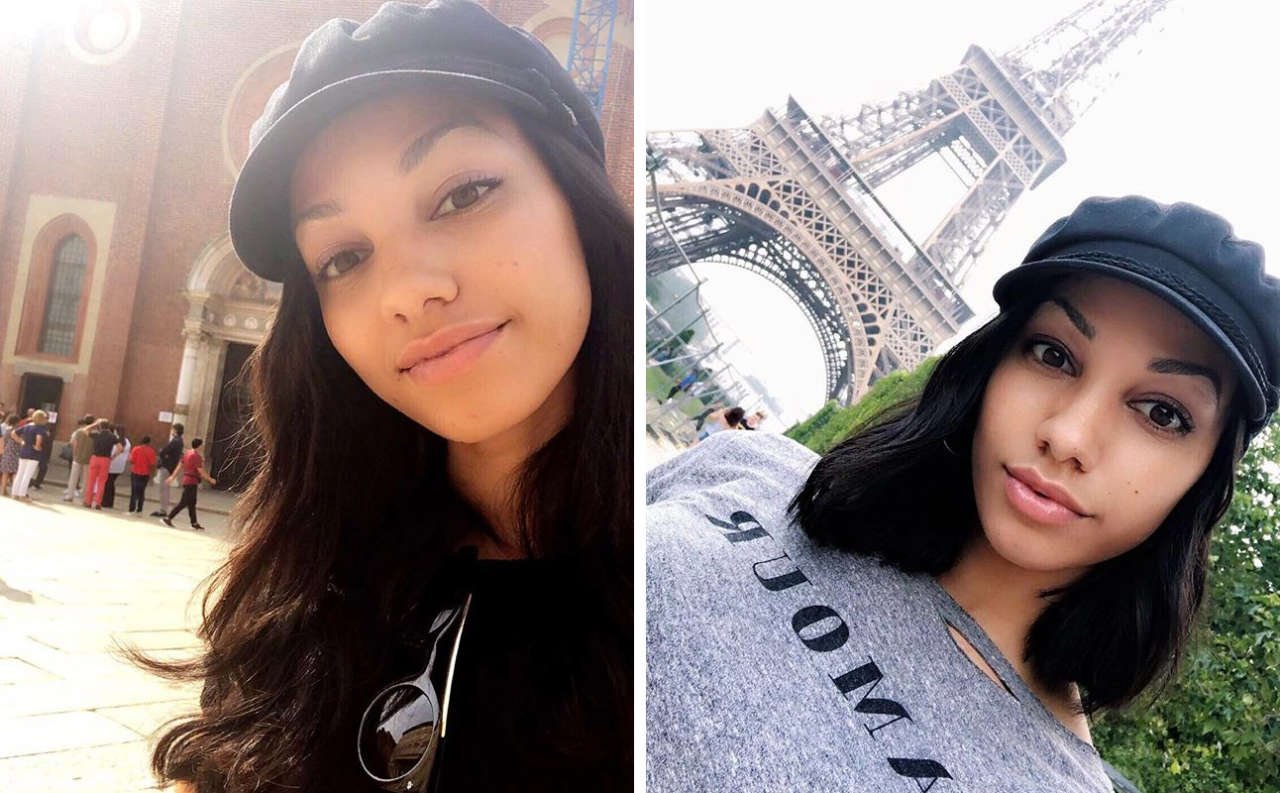 Jamie’s daughter, whose real name is Corinne Marie Bishop, started to appear on TV at the tender age of 6. At first, she featured in a few episodes of her father’s Jamie Foxx Show. In 2016 she landed a role of Rachel in MTV series “Sweet/Vicious”. Finally, the girl moved her way to the big screen and featured in Johannes Roberts film “47 Meters Down: Uncaged” alongside Sylvester Stallone daughter Sistine Stallone.

In 2016 she debuted as a model at New York Fashion Week. 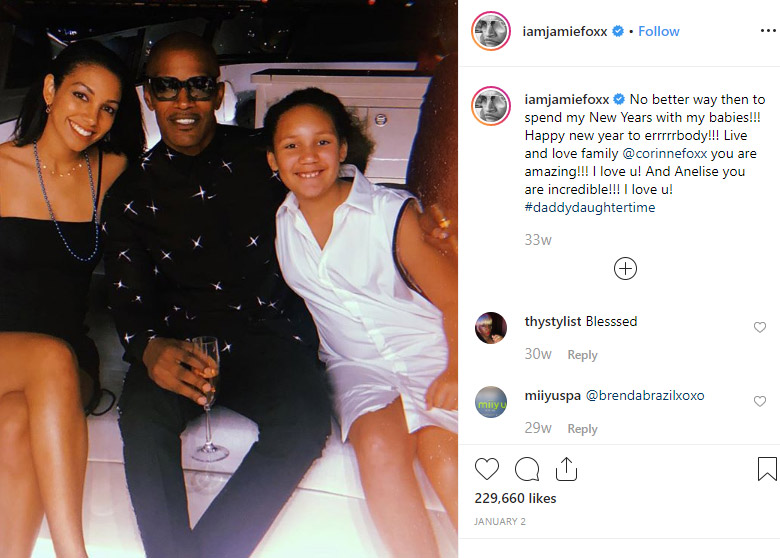 Annalise is the actor’s younger daughter. She was born in 2009 and the name of her mother is Kristin Grannis. The girl’s parents got acquainted while she was working in PR. They have never been married but kept friendly relationships in their daughter’s sake.

She is a school pupil as of now. Annalise is good not just in studying, but also in sports. She is a member of a school football team and is the only girl to practice this kind of sports.

Her talented father tries to be present in his daughter’s life as often as possible. In 2015 he took Annalise with him to Grammy Awards.

Who are Jamie Foxx parents? 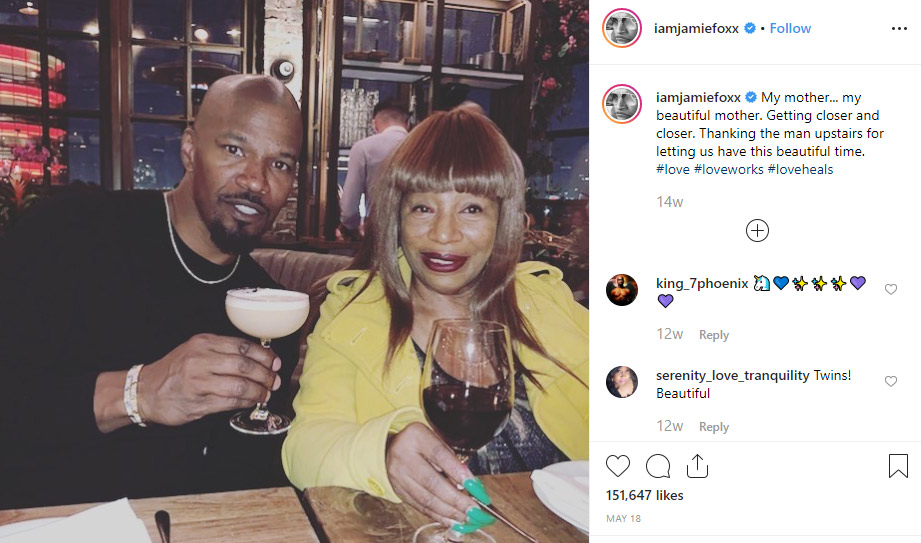 The name of Jamie’s biological mother is Louise Annette Talley Dixon. The actor spends time with his mom very often as of now, but previously they hadn’t been very close. Louise divorced from Foxx’s father when her son was still a baby. Her adoptive parents, Mark and Esther, helped her to raise a kid, and finally adopted Jamie officially. Thus, Louise disappeared from his life, and Jamie decided to reconnect with her at a very solid age of 45. But they stay in touch as of now.

Jamie Foxx forgave his biological mother and reconciled with her. Louise even resided in the actor’s house with her ex-husband. But he didn’t find enough strength to make peace with his biological dad.

Darrell Bishop left the boy when he was about 7 months old. He later converted to Islam and changed his name for Shaheed Abdullah. Shaheed re-married a woman, named Hellema.

After that Jamie saw his father from time to time (mostly to satisfy the request of his grandmother, who insisted, he needed to do it). In the early 2000s, they lost the connection, and Jamie didn’t even attend his father’s funeral (which took place in 2013). 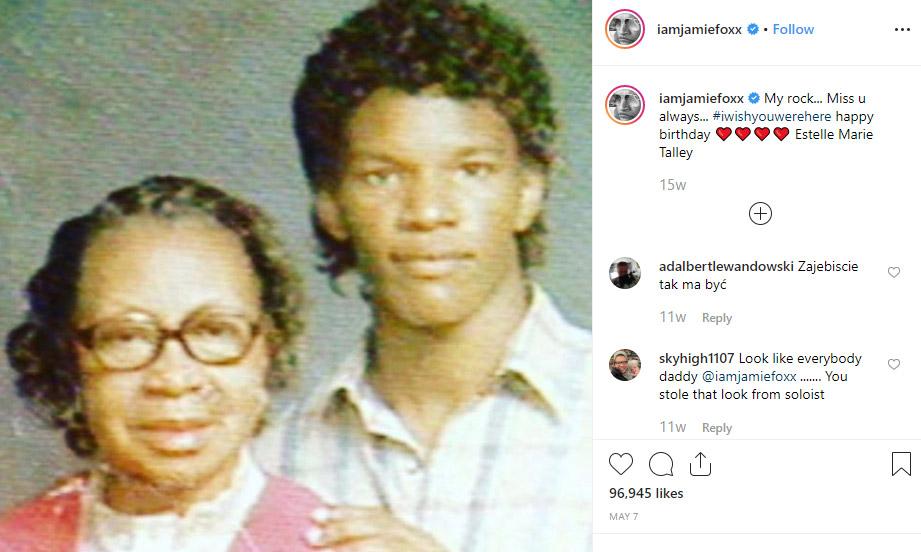 Jamie tells, that he managed to become a successful hard-working person only because of his adoptive mother. It was she, who encouraged the boy to take music lessons and to develop his natural talent of an entertainer. Esther was a housewife and then worked as a nurse. She passed away in 2004.

Jamie Foxx’s adoptive father was Mark Talley. He was also the adoptive dad of his mother. He officially became the actor’s father, when the baby boy was just 7 months old. Mark earned his living as a yardman. He died in 1985. 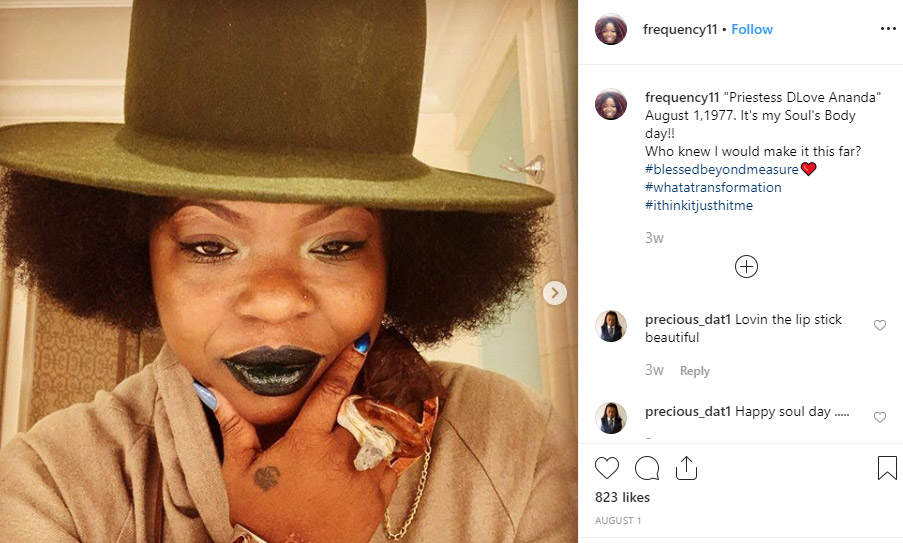 Deidra is Jamie’s half-sister from the maternal side. She entered this world in Texel, Texas. Deidra is closely-knitted with her popular brother. They are pictured by paparazzi from time to time. Thus, Deidra celebrated her birthday with Jamie in a restaurant. And she joined him and his daughter Corinne on Christmas Eve in 2017.

She earns her living as a hairstylist. She made the hair for the cast of numerous popular movies, such as “Sleepless”, “Horrible Bosses” etc. 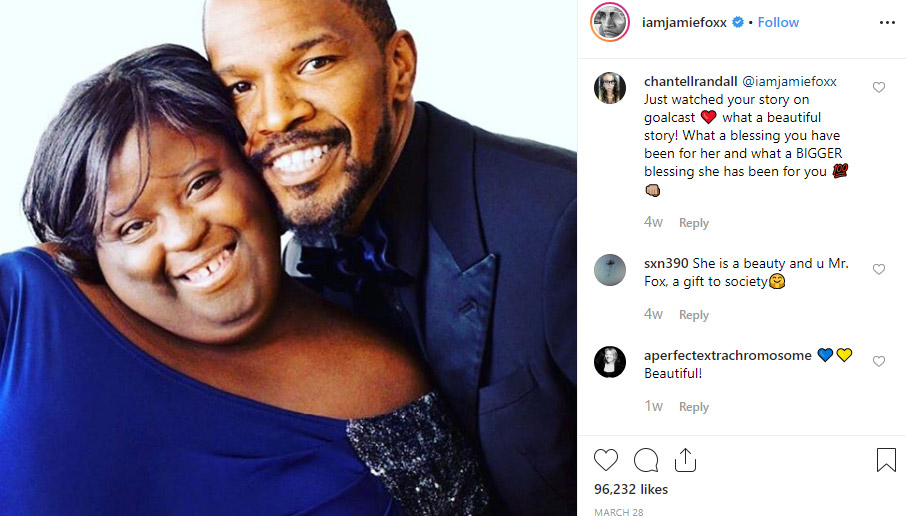 In his interview to NBC, the actor told, that he is very close with his younger half-sister DeOndra Dixon. The young woman has a condition – she was diagnosed with Down Syndrome on the day she was born. Since 2002 she has been living in Jamie’s house. Foxx cares about his little sister, and tells, that she has a light on her since the infancy. She motivates him and teaches how to live.

Jamie Foxx is a multi-talented personality. He is famous as an actor, R&B singer and a stand-up comedian. He has become the third Afro-American actor to win an Oscar.

His birth name is Eric Morlon Bishop. He was brought up by adoptive parents. His adoptive mother made a big impact on him. It was she, who took him to piano lessons.

After graduation from Terrell High School, he entered the U.S. International University. He studied music there. Jamie earned his first money as an entertainer through performing as a comedian at a night club.

In early 1990s Jamie Foxx moved to Los Angeles. He was intended to start the career of an actor. Soon, he won his first gig – he was cast in the comedy series “In Living Color”. He became a regular participant to the fifth season of the show. Then, the series was over, and Jamie landed the show of his own on TV. “The Jamie Foxx Show” had been on air for five years, and it turned him into a household name.

In the early 2000s, he decided to change the regular flow of his career and turn into a complex dramatic actor. He portrayed Drew Bundini Brown, the trainer of Muhammad Ali in the biopic sports movie “Ali”. After that, he featured in a thriller “Collateral”.

In 2004 he played his stellar role, which brought him the most prestigious acting award in the world – an Oscar. He played the jazz singer Ray Charles in the film “Ray”.

Among Jamie Foxx’s recent screen works there are the films “Sleepless”, “Baby Driver” and “Soul”.