Is John Cena a gay/bisexual?

What is John Cena marital status?

For some people, wrestling is a serious kind of sport, for others, it’s just the media circus when fighters demonstrate the staged hits and ideal falls, which were previously delicately designed by producers. But both for fans of wrestling, and their opponents, this type of activity is special because only strong and talented people can become wrestling stars. They constantly prove their professionalism – and their deeds speak for them instead of words.

John Cena is one of the brightest stars of modern wrestling. Besides, he is an actor and a rapper. He is an amazing person, and that’s why people want to know everything about him. Where did he come from? Who are his parents? And does he have a girlfriend? Now we are going to open all the secrets.

John Cena and Elizabeth Huberdeau started dating when both were college pupils. Elizabeth comes from the same town as her ex-husband – West Newbury in Massachusetts. She studied at Springfield College. John and Elizabeth met in their teens, and both immediately fell in love. Everyone knows that college sweethearts very often separate in their youth and never create a family. But in the case of John and Elizabeth, they managed to save their love through years, and on July 11, 2009, both exchanged the vows.

Elizabeth Jean Huberdeau didn’t make any significant career. At first, she tried modeling, but then quit it to devote her free time to her husband and support him in his activities. At first, they looked like an ideal couple. The chemistry between them was obvious. But then something went wrong. In 2012 John filed for divorce. The reasons for such decisions are still not known to the wide audience. Rumors have it, John fell in love with another woman, that’s why he wanted to separate from his wife. But neither he nor Elizabeth confirmed that.

Now ex-Mrs. Cena resides in Florida. She is not so active on social media. She works as a real estate broker and was in relationships with the boyfriend Eli Ayoub.

Who are John Cena parents?

John is the second of five boys, who were raised in the family of Carol and John Cena Sr. When the future wrestler was a school pupil, he witnessed his parents’ divorce. After that, he lived with his father, and that’s why his ties with his mom became weaker.

But as an adult, John reunited with his mother Carol. He even built a house for her in Massachusets. Thus he wanted to thank his mom for raising five boys, which were “bad bad boys”, according to John’s words.

Carol Frances Lupien was raised in Hanover, New Hampshire. She attended Hanover High School, from where she graduated in 1965. She is a daughter of Natalie Nichols and Ulysses John Lupien, widely known as Tony Lupien. She has four sisters. Her mother passed away when Carol was just 6 years old. After that her father re-married, and she was brought up by a stepmother.

Her father, Tony Lupien, was a talented baseball player. He performed as the first baseman for several reputable teams, including the Boston Red Sox. He was one of John Cena’s inspirations when the boy started a career in the sports industry.

She resides in Merrimac, MA as of now. Officially, she is single. 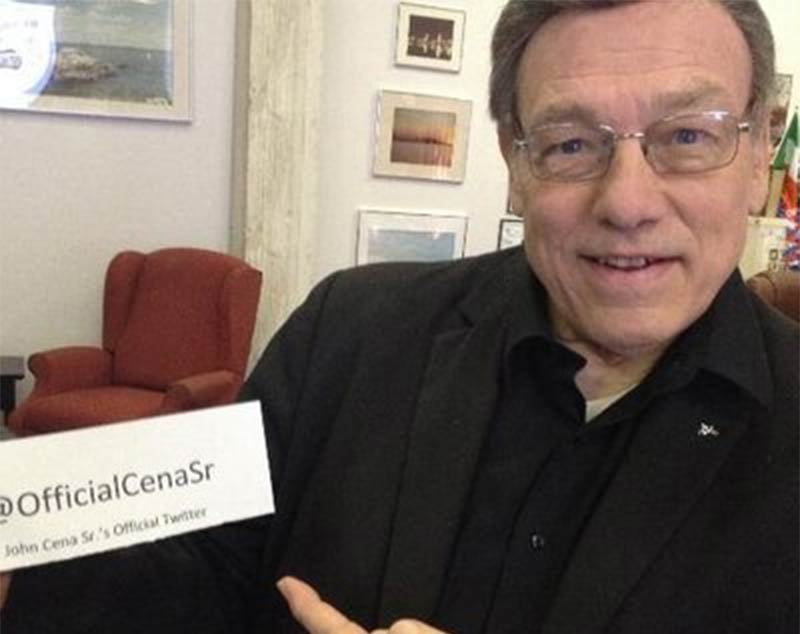 After his parents’ divorce John moved out with his father. His dad was a wrestling announcer, known under the name “Johnny Fabulous”. It was his father, who served as the role model for John Jr. and influenced his decision to become a wrestler.

John’s face is known to many wrestling lovers all over the world, because he appeared in the sports videos, like “Chaotic Wrestling: Cold Fury 7” and some others.

Steve is John’s only older brother – all the others are younger. The brothers are very close, and John accepts with an easy heart the fact, that Steve is gay. The man appeared in the show “Total Divas”, produced by E! channel, with his long-term partner Darlando.

Daniel Cena is John’s younger brother. He was educated at Pentucket High School and after graduation entered UMass-Lowell, where he studied criminal justice. Dan was just 19 when he was appointed as an auxiliary police officer in West Newbury. Later he became a full-time policeman and got the rank of a sergeant. In 2005 he was almost killed in a car crash when a drunken driver hit his vehicle. During a long period, he stayed in a hospital, but finally, he recovered and returned to the police department of his home town. 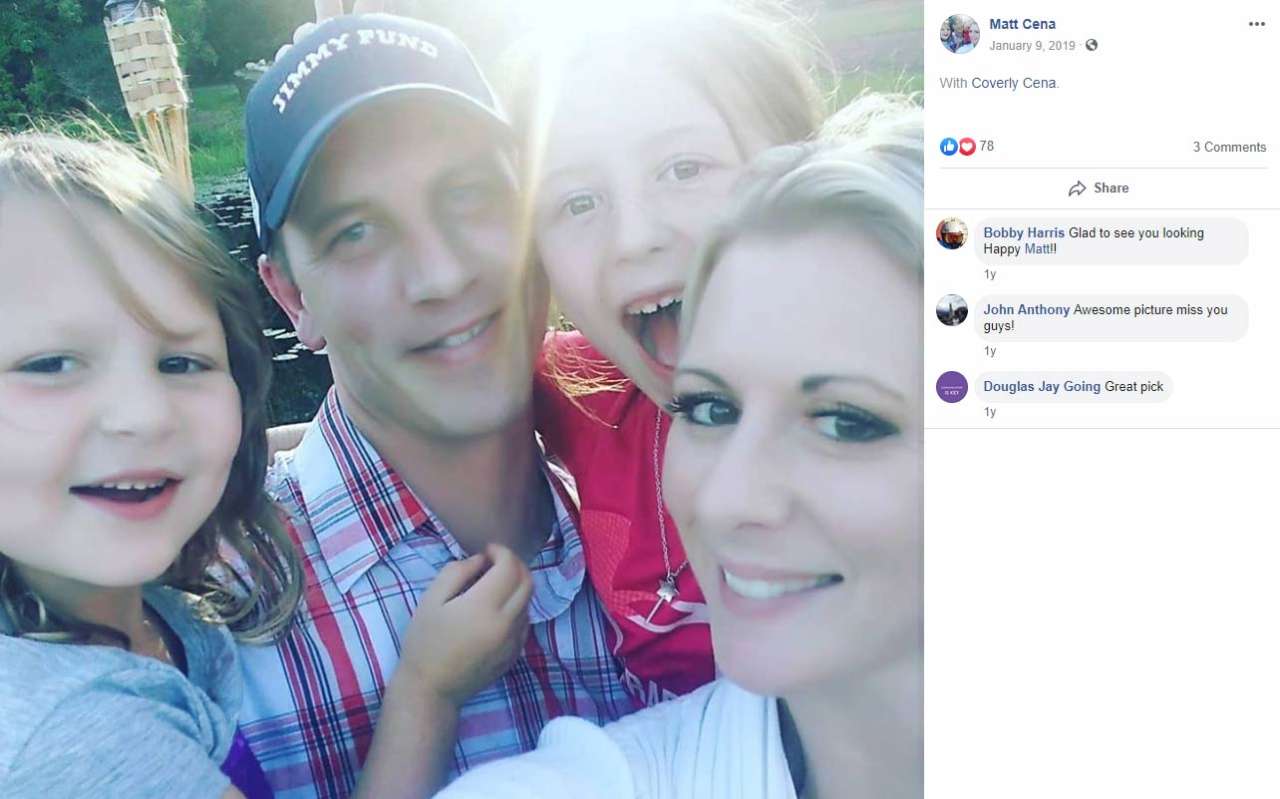 Matthew Cena is one of John’s younger brothers. Matt is married to Coverly Cena and they share two daughters. John’s brother works as the manager at Harrison Global Transportation. He lives with his family in Newton, NH.

Sean Cena is the youngest boy of the sports celebrity John Cena. He stays out of the limelight, and not much is known about him. But his face became recognizable after his appearance in the documentary film about his gifted brother “John Cena: Word Life”.

He was born in the small Massachusetts city of West Newbury and now is considered as one of its most notable citizens. John has four brothers. Since the earliest years, he was interested in sports, and during the last year in a high school, he had already gained the reputation of the person, obsessed with workouts. After school, he entered Springfield College, where he studied sports psychology and joined it with playing American football. He was a member of the college team. Soon he became its captain.

He graduated from college and then moved to California. That idea was not supported by his parents – they didn’t want their boy to become an entertainer. But John was ready to take responsibility for his decisions. He paid for the apartment himself, that’s why he took any kind of jobs, starting from folding the towels and ending with cleaning the toilets. He dreamed to become a bodybuilder, and that was a strong wish until he had discovered wrestling for himself.

John started taking lessons at WWE – Ultimate Pro Wrestling. As a wrestler, he gained popularity so fast! In 2002 he debuted as a wrestler. In 2004 he had already got the title of a champion. That was a great fight at Wrestlemania XX when he defeated The Big Show. During his years in the industry, John demonstrated the highest level of discipline and professionalism. That allowed him to reach success in other areas of activity, too.

Now John Cena is known as an actor. He featured on various movies, including the hits “Trainwreck” and “Playing with Fire”. In 2005 he gave his fans a special present – the hip hop album “You Can’t See Me, which occupied the fifteenth position at Billboard 200.