Is Kayla Maisonet a lesbian/bisexual?

What is Kayla Maisonet marital status?

Who are Kayla Maisonet parents? 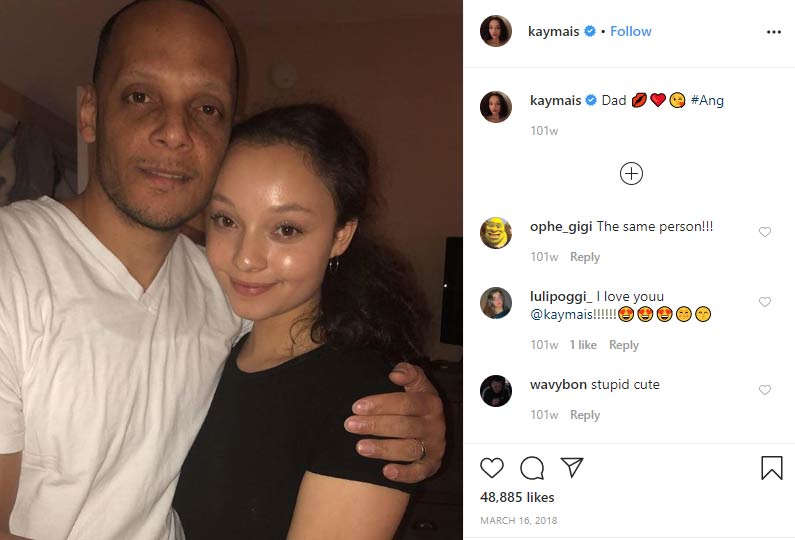 Kayla has warm relationships with her dad. He is a frequent guest at her Instagram page, and very often she uploads their common photos, so his face is familiar to the actress’s fans.

His full name is Angelo Manda Maisonet. Currently, he resides in Sherman Oaks, CA. Previously, he lived in New Jersey, and then in New York. The Maisonet family was moving a lot because they wanted to help Kayla with her career and to stay in the big cities, where actors are in great demand.

Mr. Maisonet is of Puerto-Rican origin. Kayla inherited her curly hair from his side. The girl tells, that she knows, loves and respects his culture. 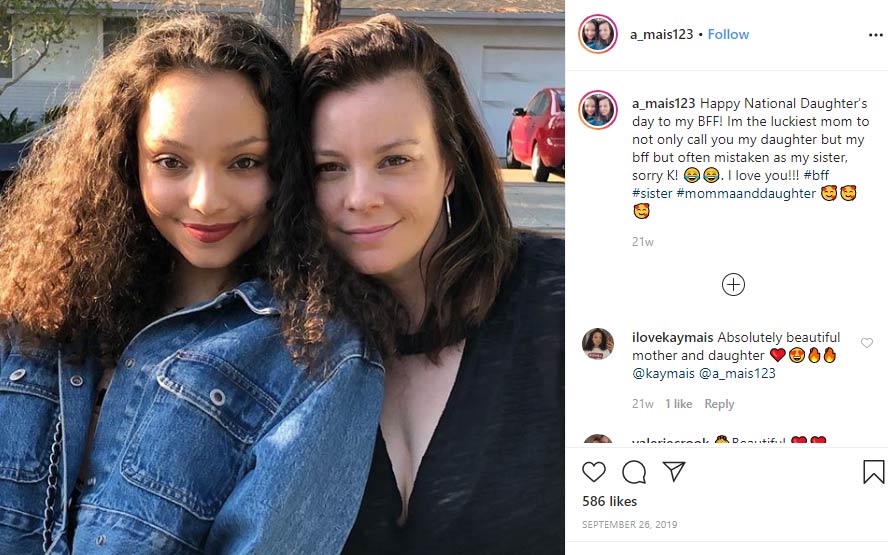 Amanda B. Maisonet defines herself on social media as a wife, a mother and a dogs’ mother. 2 chihuahuas are also the members of the small but friendly Maisonet family.

Amanda is the daughter of Michael Rothberg and Rosalyn Berson. From her mother’s side, Kayla has Russian and Jewish roots.

Kayla is sure, she shares many common traits with her mom.

Ms. Maisonet was blessed with great parents. In her interview, she told, that her family members always have a great impact on her ambitions and goals. 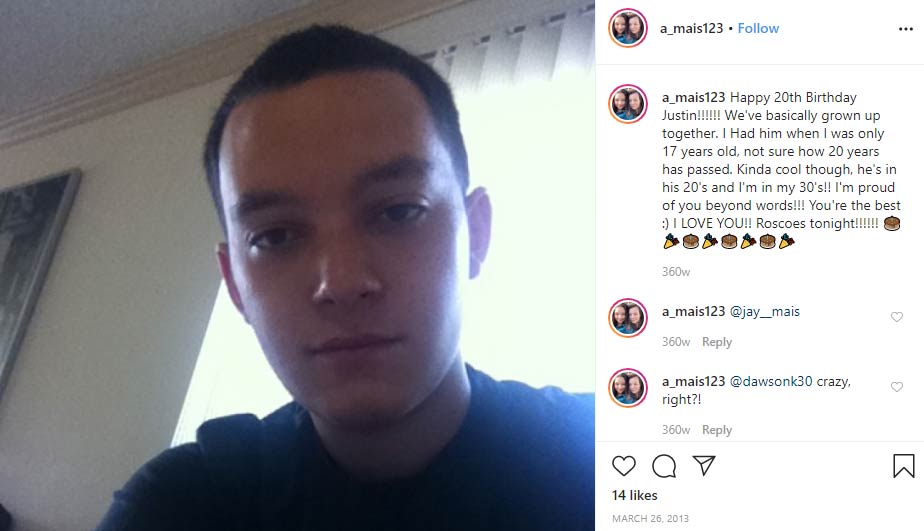 Kayla has an older brother, Justin. They have close warm relationships.

Amanda Maisonet had him when she was just 17 years old. As she says, they actually “grew up together”.

Justin, or Jay, as he calls himself on social media, is the big sports fan (his favorite American football team is New York Giants and New York Yankees is his favorite baseball team). He is interested in the movie industry, as he wrote on his Instagram page. As of now, the young man is seen in the short-lived comedy series “Miscellaneous Crew”.

Hollywood needs fresh faces from time to time, and Kayla Maisonet has a real chance to become the next famous leading actress of her generation. She has made a great start, and she knows, what she wants, that’s why we hope, that soon her film list will be more extended. But even now you can find real hits in her short filmography. She has been starring on the show “Dog With A Blog”, produced by Disney’s Channel. Then she moved her way to another popular children’s channel The Nickelodeon and featured on its relaxing unobtrusive series “Haunted Hathaways”. In 2016-2019 she came to the houses of many people all over the world as Georgie Diaz from “Stuck in the Middle”. This screen work is considered as the most significant in a career as of now. Her heroine is a member of the big family, one of the oldest children there. Her screen sister Harley, the main heroine of the series, was depicted by Jenna Ortega.

She entered this world in 1999 in the ordinary American family. Her parents were far from the movie industry, but they supported Kayla in her dream to become an actress after the girl had demonstrated a high interest in performing on the stage. But her main aim was to get a role in a TV show.

Since the age of 5, she was taking dancing lessons. The girl watched the Disney channel, and she was obsessed with its shows. Her parents moved Kayla and her older brother Justin to Los Angeles. There she started visiting auditions. After several appearances on commercials, she was finally cast as Lindsay in the series “Dog with a Blog”. That was the first but not the last successful role in her career.