Kayla Reid’s life looks like an ideal picture from a magazine. Just judge for yourself, she is beautiful, she is healthy, she is married to the successful athlete and she is a mother of two so cute kids! But don’t start envying, because Mrs. Lochte (she changed her surname “Reid” for “Lochte” after marriage) is ready to share the secrets of her well-being through Instagram and other social media resources. She promotes a healthy lifestyle, teaches how to eat clean and shares her fitness tips. For young mothers, she has some ideas on how to deal with postpartum depression. We like this positive beautiful woman and suppose that she makes this world more beautiful and healthier. So, we’ve decided to tell you about her story. Where she comes from? What’s her background? Who is her husband? Let’s see. 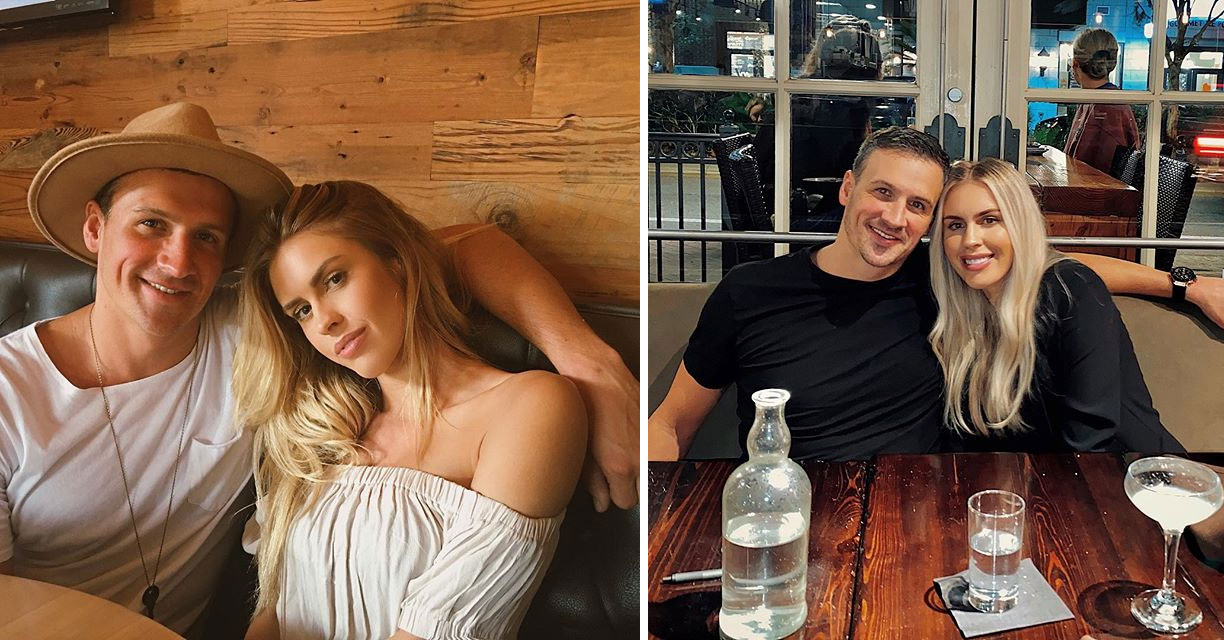 Kayla is incredibly happy with her husband, and she is always ready to share her joy through social media. They look really sweet on all those pictures and chemistry between them is so noticeable.

It’s hard to believe, but the couple met online, they messaged to one another and only later saw each other in a real life. After 10 months of dating, Ryan decided to propose and he did it romantically. Mr. Lochte hired a helicopter; he took his sweetheart to the top of the mountain to watch the picturesque sunset over the ocean in Malibu. There he popped the question and Kayla answered, “Yes!”

The couple wedded at a beautiful ceremony in La Quinta, CA on January 9, 2018. Now they are parents of two great children.

Ryan Lochte, Kayla’s husband, is a sports star. He is a swimmer, whose talent had already been proved with 12 Olympic gold medals. Besides, Ryan is a great family man.

The cute cheeky boy in the picture is Kayla’s little son. The boy seems to come from the baby food printed ads. The blue-eyed, curly-haired Caiden looks like an angel. His father called him “a miracle” on Instagram on the day he entered this world. Then the healthy baby weighed 7 lbs., 14 oz. and was 22 inches long.

Of course, he grew up since then. Now Caiden is a corpulent two-year-old boy (as of 2020), who never gets tired to amaze his parents. On Halloween, he put on a skeleton suit and called himself “Mr. Bone”. In summer that very year he refused to be photographed and confessed his mother that he “hates the pictures” (which was eagerly accepted by his father, who dislikes to take them). And in September 2019 he took his bag and joined his peers at a pre-school educational institution. Time flies!

The birth of the beautiful little girl, named Liv Rae, has become the miracle number two in the Lochte family (as Ryan announced on his Instagram page). The girl was born on a summer late morning and weighed a little less than her brother at that age – 7lbs 8oz. She is a little shorter too, just 20 inches.

Kayla and Ryan’s fans are really lucky, because their favorite celebrities, Mr. and Mrs. Lochte, don’t try to cover from the public eyes their beautiful children (unlike many other famous people, who don’t show their kids for years).

From the photos it’s obvious, that Liv inherited her mother’s beauty – she is blonde and has deep blue eyes. At the same time, as Kayla wrote in one of her posts, the girl has her father’s nature – she is sensitive and so social, while Caiden is “her” boy with his stubborn and independent character. 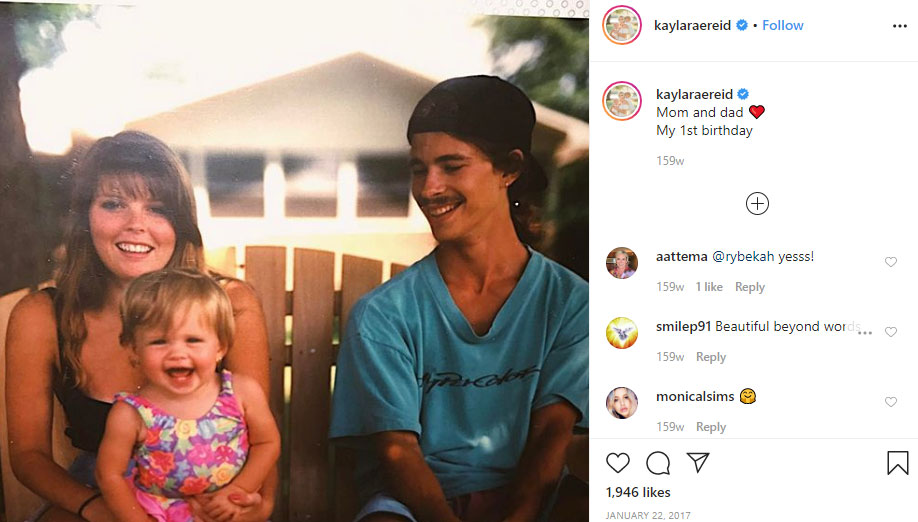 Kayla created a great family, but what’s her background and who are her parents? The model doesn’t want to tell a lot about her relatives, but she eagerly shares pictures of them. On her Instagram, she demonstrated two pictures of her father, and in them, Mr. Reid looks very young. Kayla’s fans have already noticed, that her father and she share the same facial features. But why doesn’t she post more modern photos of her dad?

The reason is her parents’ divorce. She was just a kid when her mother and father decided to end their marriage. But Mr. Reid didn’t disappear from Kayla’s life. “Probably, I don’t have both of my parents in my life now, but I have two of them separately”, she confessed in one of her posts.

Mr. Reid is single as of now. He resides in Virginia. 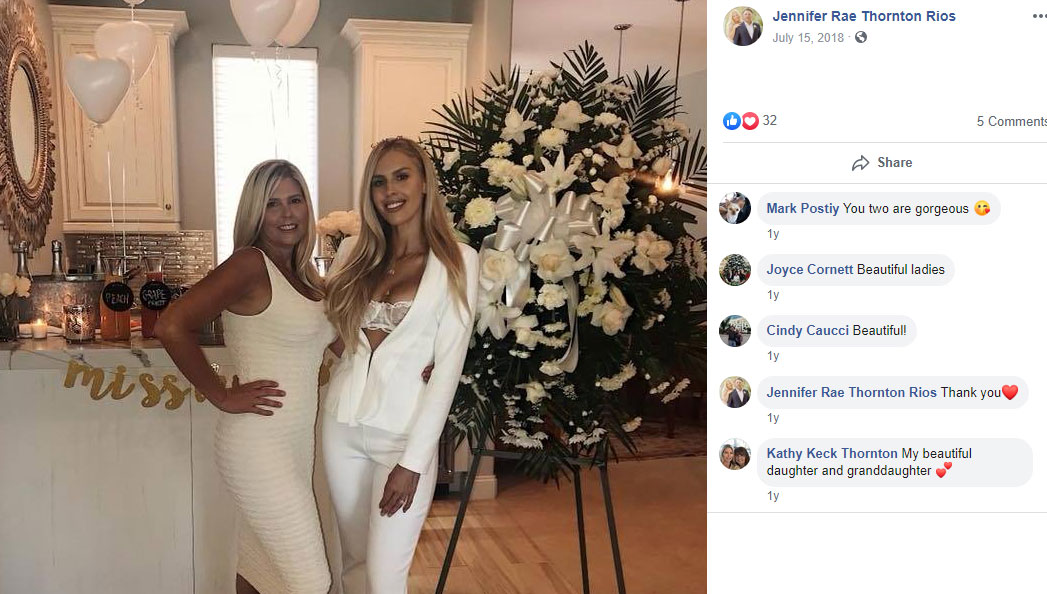 Mrs. Rios is Kayla’s mother, although you’ll never think so while looking at their pictures/ Two blondes looks just like two friends or two sisters with the minimal age difference! By the way, the age difference is not so huge between them – Jenn gave birth to her daughter at the tender age of 19. She was very young when she fell in love with Mr. Reid and married him. Their family life didn’t last for long, and they divorced. After that, she re-married Mr. Ziegler and gave birth to their son Ryan. But that union ended fast, too.

Currently, Jenn is married to an engineer Cesar Rios. And now she shines with happiness!

Jennifer is a daughter of Kathy and Jerry Thornton. Her parents have been married for 4 decades, and they still love each other so tenderly! Jenn studied at Oakton High School and then continued her education at Northern Virginia Community College. When her daughter Kayla was 10 years old, her mother Jenn moved their family from Fairfax, VA to Palm Springs, CA. Mrs. Thornton-Rios lives there till now. She works as a dental hygienist. 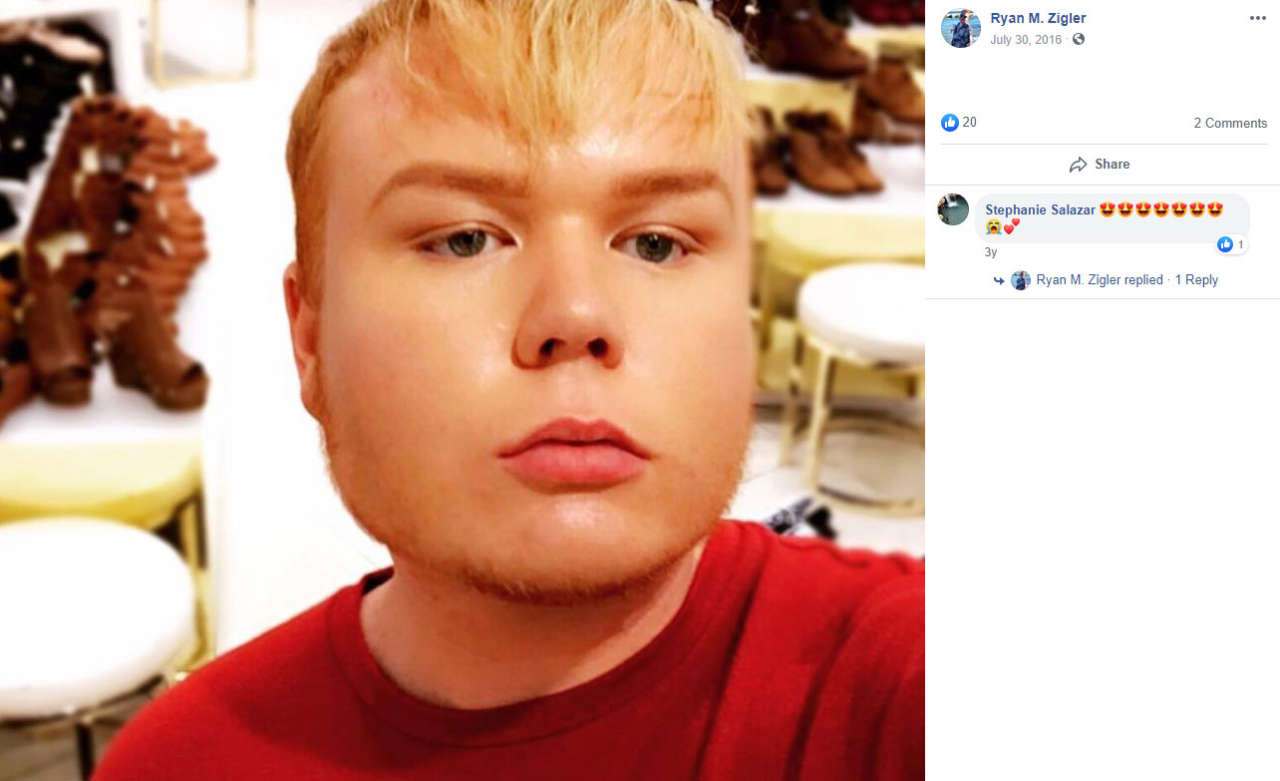 It seems, that Kayla doesn’t have full siblings. But she has a younger brother from the maternal side and a sister from the paternal side.

The name of her younger half-brother is Ryan M. Ziegler. He studied Radio and Film industry at College of the Desert. Currently, he earns his living as a merchandiser. He lives at Palm Springs, CA. 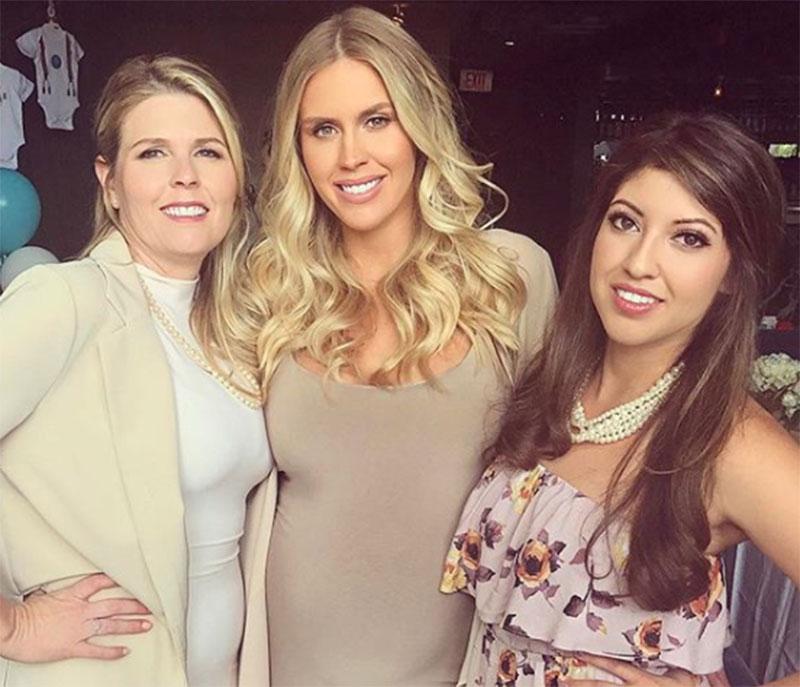 Kayla Reid was blessed with a beautiful sister Brianna. The girls share the same father. They are very close and spend a lot of time together. Brianna has a little son. She works as an insurance specialist.

Kayla Rae Reid, or Kayla Lochte, as she is known all over the world, is a model, a mother and a happy wife of the Olympian champion. They started dating in 2016, and as Kayla said, they met through social media. Now it’s hard to tell, what site or application they used to get in touch – some sources name Tinder, and the others Instagram. In any case, Ryan is a lucky guy, who caught the heart of such a beauty.

Kayla was born on July 5, 1991, in Fairfax, VA. Her parents separated soon after her birth. When she was 10 years old, her mother moved her to Palm Springs, CA. And she grew up there and attended a local high school.

After graduation from school, she started the career of a model. Kayla’s pictures appeared in Playboy, and in July 2015 she was selected as the Playmate of the month. Soon after that, she met Ryan Lochte and after less than a year of dating, he proposed her. In 2017 Kayla gave birth to their first kid, and in 2018 both exchanged the vows officially. They had an incredibly beautiful wedding ceremony, very intimate and luxurious at the same time.

Now Kayla is a mother of two. She is an Instagram blogger. The woman plans to continue the career of a model. One of her goals is to appear in Sports Illustrated magazine.