Is Kim Cattrall a lesbian/bisexual?

What is Kim Cattrall marital status?

Who is Kim Cattrall husband?

Kim Catrall was just 22 when she got married for the first time. A man, chosen by her, was named Larry Davis. He was a Canadian writer and actor. Their marriage lasted just 2 years. In 1979 Kim filed for divorce and then returned to the USA.

In 1982 Kim made the second attempt to become a happy family woman. She went down the aisles with the architect from Germany, named Andre Lyson. Their marriage lasted for 7 years, and Kim was a frequent guest in Germany at that time. The actress had even learned the German language, but it didn’t save Andre and Kim from separation.

Probably, Mark is the most famous of Kim’s husbands. He is a jazz musician, and she met him when she has already become Samantha from “Sex and The City”. Their marriage seemed almost ideal, nevertheless, it ended with a divorce, too. Later Kim explained in her interview, that she blamed too tough Sex and The City schedule in the dissolution of her marriage and in the fact, that she didn’t dare to conceive a child. In 2004 Mark and Kim parted their ways after 6 years together.

Who are Kim Cattrall parents? 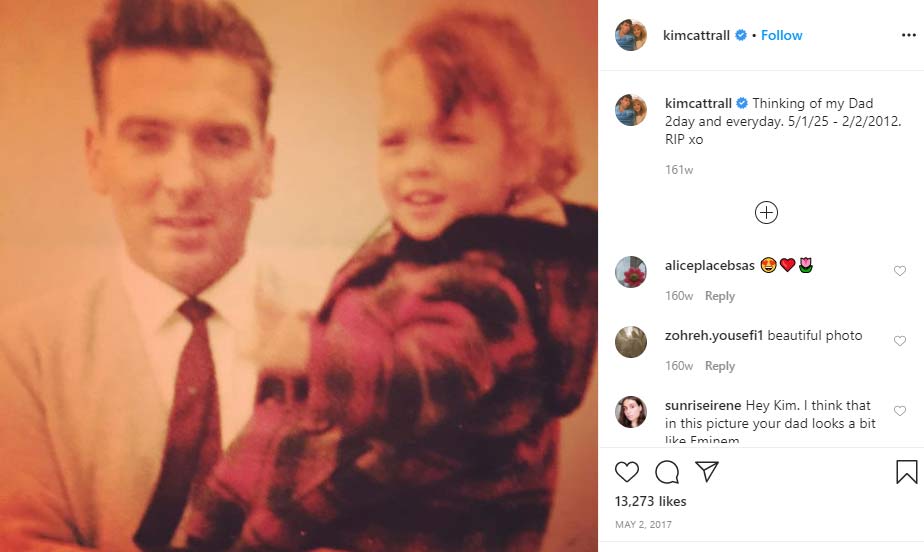 Kim was blessed with a great father, Dennis William Cattrall, who passed away in 2012. Although he didn’t support her idea to become an actress, they remained close and trusted each other.

Dennis’s hometown is Liverpool, and his parents’ names are William David and Edith Mary Cattrall. He had a younger sister Edna, who passed away in 1985.

Kim’s dad liked Liverpool most of all, but he had to spend the major part of his life in Canada, where he worked as a construction engineer. During many years he was married to Gladys Shane and parented four kids (including Kim) with her. He was a great sportsman in his young years.

He spent the last years of his life in the senior facility. Dennis was a great Liverpool lover, and his room in the facility was full of symbols from this city – he had Liverpool mug, Liverpool scarf and always watched the game of his favorite “Liverpool Football Club”.

He was cremated after his death, and his kids came to Liverpool to spread their dad’s ashes not far from the headquarter of Liverpool Football Club. 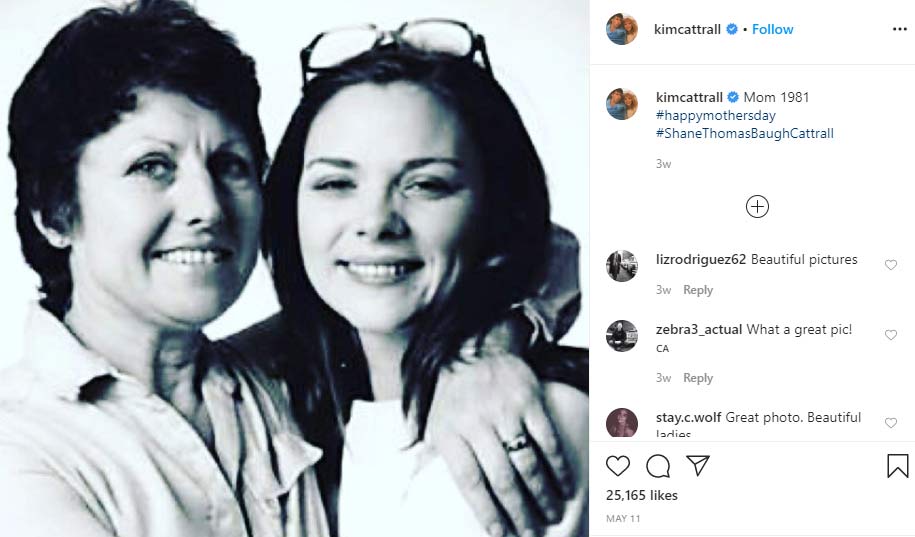 Kim is very close to her mom, and she always tells, that their connection was very important for her through her years in show business. Like her late husband, Shane comes from Liverpool, too. She resides near Vancouver as of now, but she visits her hometown very often and misses it.

During Kim’s childhood years Shane was a full-time mother, but she found the job of a secretary when her kids became older. She always respected her roots. Shane is the daughter of George Baugh and Marion Thomas. She has two sisters, Dorothy and Marjerie. Her father turned to be a bigamist, about which was told in the episode of the show “Who Do You Think You Are?” where Kim participated.

Cherry is Kim’s older sister. She went into the limelight in 2003, when she visited Kim in New York, and they were going shopping and attended parties together. At that time Cherry explained in her interview, that her sister often sent her brand-new shoes and bags from New York, which was her little bonus for being a sister of a celebrity.

She is married and has two kids, Kate and Alex. She resides in Courtenay, Canada. She used to work as a teacher, but she is retired as of now.

Kim has one more sister, called Lisa. She keeps her privacy, so we don’t know a lot about her. 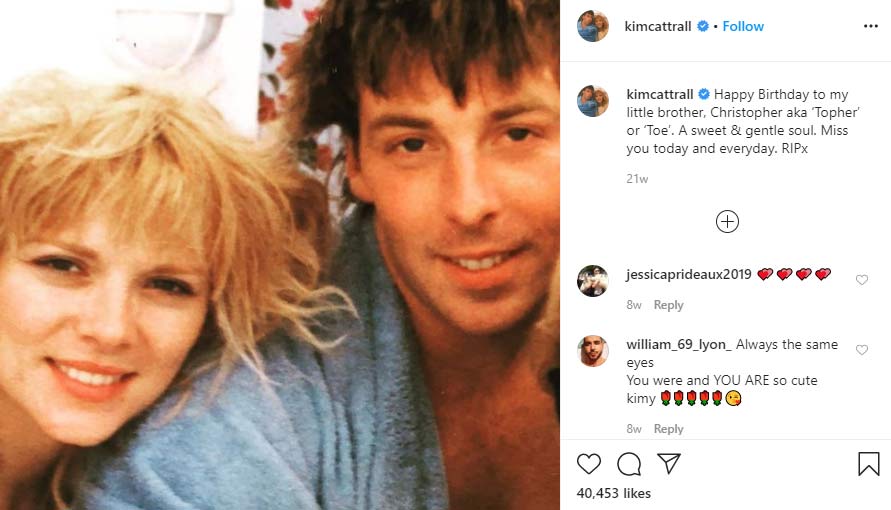 Kim’s younger brother Chris (Christopher Adrian Alexander Cattrall) was born in 1963 in Canada. He stayed out of the limelight, but at the same time, he was very close to his famous sister. Chris was married to Morgan Xavier Cattrall for 22 years. They didn’t have common kids, but he was a supportive stepfather to her kids Karl and Katie. He was a great husband and a great friend. His hobby was kneeboarding.

He missed from his house at the end of January in 2018. Several days later he was found dead on his property. Kim didn’t give any comments on the situation and asked for privacy at that time. After that, she confessed in her interview with Daily Mail, that her brother suffered from depression and committed suicide.

The actress misses Christopher every day.

Many people associate Kim Cattrall with her too hot character Samantha Jones from “Sex and the City”. The actress likes her screen work, but at the same time she knows, that she got tired from Sam, who could capture the heart of any man, including the one much younger than her. She has a string of other interesting roles in the movies, TV series and theater plays. That was her childhood dream – to become a professional actress, and it came true.

The town she was born in is Mossley Hill, Liverpool, England. Although her parents moved to Canada soon after her birth, she still feels a strong connection with that locality. In her teens, she came back to London with a strong decision to study acting there. The future television star studied at the London Academy of Music and Dramatic Art. Later she changed London for New York, where she continued to train her acting skills in the American Academy of Dramatic Arts.

Immediately after graduation from the academy Kim signed the deal with a film director Otto Preminger and appears in his film “Rosebud”. Her bright debut was noticed by the producers from Universal Studios, who invited the actress to the episode of their crime TV series “Columbo”. After that, she acted in a Canadian eco-thriller “Deadly Harvest”.

The actress Kim Cattrall had never refused to play the supportive roles that’s why her film list was becoming more extensive all the time. She appeared in two-three new projects every year.

In one of her interviews, Mrs. Cattrall confessed, that she was ready to leave the movie industry in the late 1990s. At that time the actress turned 40, and she thought that she wouldn’t get an interesting professional offer at that age. But she changed her mind when she was cast to Michael Patrick King’s new project “Sex and the City”, which changed her life.

Now Kim Cattrall remains a busy actress. Recently she had appeared on the thriller series “Tell Me a Story”. In 2020 the fans will see her as the lead actress of the series “Filthy Rich”.