Is Lana Del Rey a lesbian/bisexual?

Who are Lana Del Rey parents? 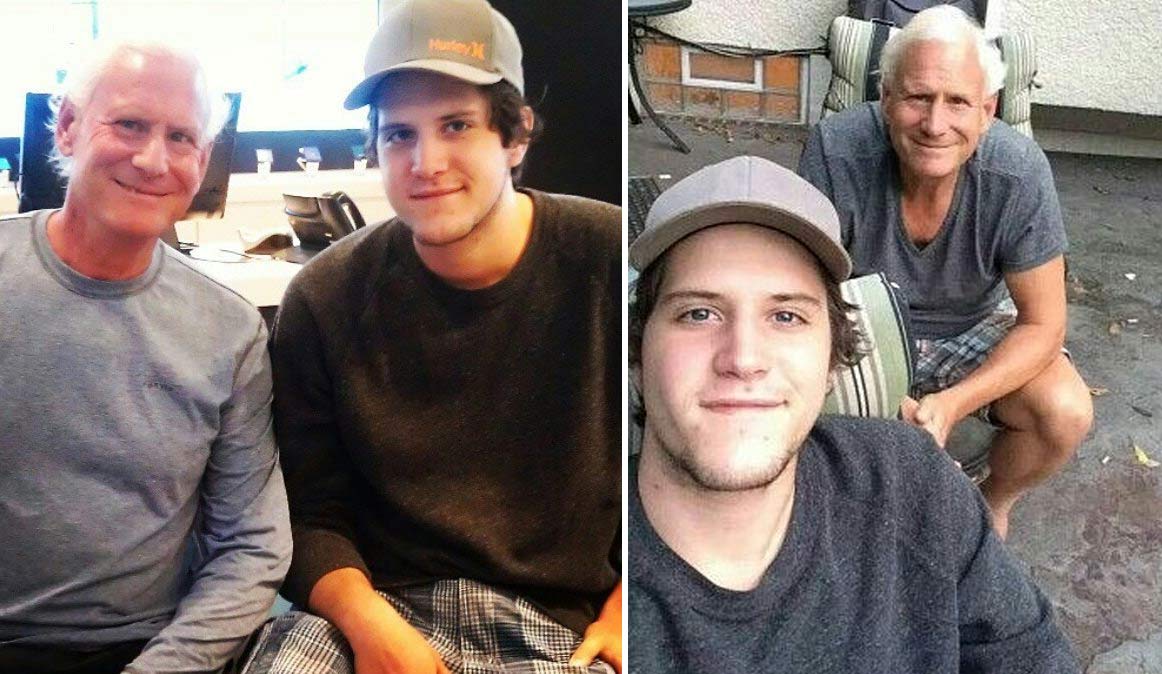 Lana Del Rey grew up in a wealthy respectable American family. Her father, Robert England Grant, Jr., is an affluent entrepreneur. He is the owner of the company “Web Media Properties”.

Rob was born and raised in the New York area, he changed the places of living very often in his early years, mostly because of adventurous nature of his father, Robert England Grant Sr. Rob Sr. was making his career, and he was a successful investor and financial specialist. He occupied the leading posts in various companies and his right financial decisions very often led his colleagues and clients to prosperity. The son Rob admired not just his skillful father, but also his tender mother Cynthia, who was a loving and caring person.

With such parents, Rob was born to become successful. He graduated from Prescott College, and then started his career as a copywriter. Later he founded the online media company, which brought him millions of dollars.

Mr. Grant Jr. is a father of three. His daughter Elizabeth Grant is a widely known singer Lana Del Rey. Previously, Lana was accused of using her father’s money to revive her musical career. But 5 Points Records owner David Nichtern, who signed Lana, denied these rumors. Mr. Nichtern insisted, not a penny of Rob Grant’s money was spent when she was with 5 Points. 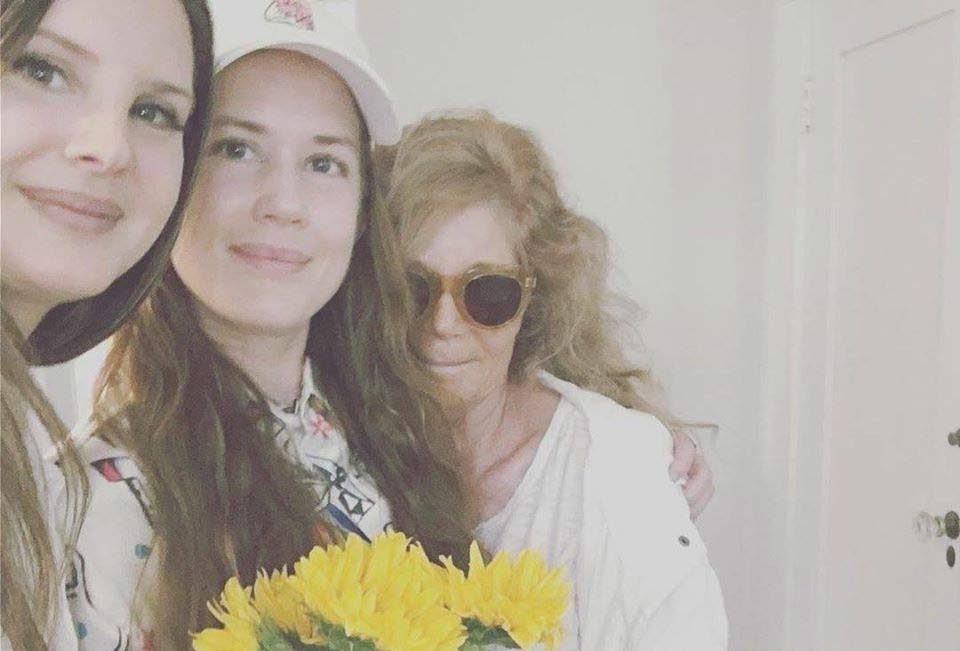 Lana Del Rey’s mother is named Pat Grant. The woman’s maiden name is Patricia Ann Hill. Lana and her mother are closely-knitted. Nevertheless, previously they had complicated relationships, as Lana was a troubled teenager. According to the singer’s numerous interviews, she was alcohol addicted in her teens. Her parents put lots of efforts to help their daughter. They sent her to the Kent boarding school in Connecticut. There she finally coped with drinking and stayed sober.

Pat Grant comes from a middle-class friendly family in Ridgewood, NJ. Her father, Donald P. Hill, served as a sales manager at American Maize Company. She got a great educational background at Syracuse University. She was working as an assistant to the executive at Grey Advertising Company when she fell in love with her colleague Rob Grant. They started dating and then tied a knot at the Roman Catholic Church. They are happy together now. The couple parented three children. Thus, our heroine Lana Del Rey has two siblings.

Lana is in great terms with her younger brother. Charlie appeared in the Grant family when the future music star was just 7 years old.

They stay in touch until now, even though Charlie resides in Minnesota. He has already tried his hand as an actor, having appeared in the short film “Tropico”. 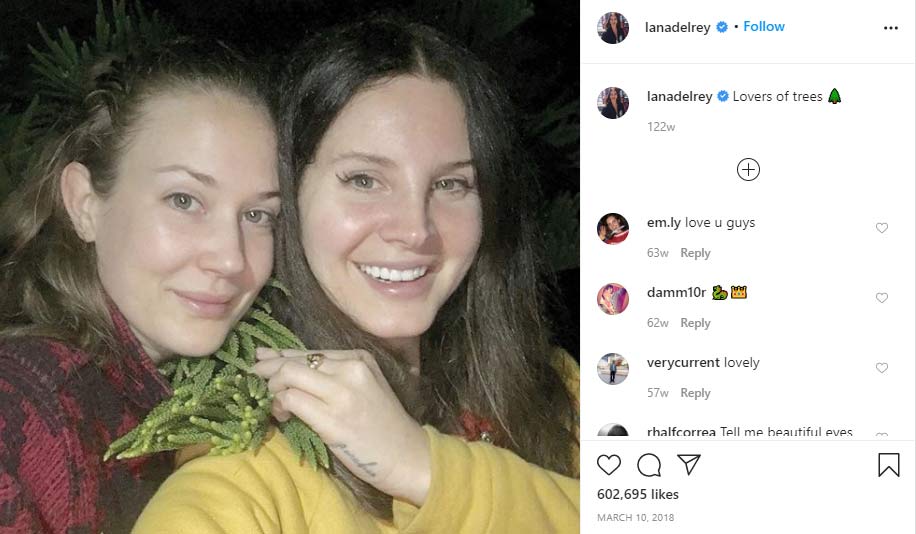 Summertime Sadness singer has a younger sister Chuck, who works as a photographer. It was Chuck, who made lots of Lana’s photos, which were available on the media. Except for her famous sister, Ms. Grant also pictured the gifted actress Lupita Nyong’o and other stars. She worked for many widely known issues, like “New York Magazine”, “Complex Magazine”etc.

In 2011, another bright star appeared in the musical firmament. The girl’s name was Lana Del Rey, the compositions that she presented, referred to the genre of alternative music. The first hit that made Lana a star, was her single “Video Games”. This song immediately received thousands of views and downloads. “Video Games” became so popular that it brought the young singer her first musical prize at Q Awards. After that, Lana woke up famous. Journalists pursued her, and she gladly shared the details of her walking to stardom. According to her words, she achieved everything by her own force. She lived in a trailer at the start of her career, struggled with poverty and alcohol addiction. Her incredibly rich father did not help the singer either, in her interviews, she often emphasized the fact that her dad hadn’t stood up behind her success and this was all the help of her Guardian Angel.

At the present moment, Lana Rey is considered as one of the most enigmatic and mysterious singers of the decade. Her real name is Elizabeth Woolridge Grant. The future star spent her childhood in Lake Placid, New York. She began singing professionally in 2005, and in 2011 she became a world-famous star. Throughout her career, Lana took various pseudonyms, such as Sparkle Jump Rope Queen, May Jailer, and Lana Rey Del Mar.

As of 2020, her discography consists of 6 studio albums, as well as of many singles, music videos, and extended plays. Her latest album, released in 2019, was named “Norman Fucking Rockwell”. It got positive reviews from critics and performed commercially well.