Is Maria Canals-Barrera a lesbian/bisexual?

What is Maria Canals-Barrera marital status?

Who is Maria Canals-Barrera husband?

Maria has been married to David Barrera since January 16, 1999. For the first time, they met at the theater set. Both were doing the play at the Mark Taper Forum (the stage in the Los Angeles Music Centre). Maria was playing David’s screen temptress. At first, they didn’t like each other at all. But 10 days later Maria fell in love with David’s talent for acting and his unique personality.

He is an actor. You may have seen him in “The United States of Leland”, in “The Mentalist”, where he acted opposite Simon Baker, in “The Big Bang Theory” etc.

In “Wizards of Waverly Place” we admired Maria Canals-Barrera as a mother of three kids. But what’s about her real life? Does she enjoy her motherhood?

Actually, yes, she does. Maria spends a lot of time with her daughters. When she was not busy at the film set, she took her kids to school. As a parent, she volunteered in her daughters’ school.

The name of her older daughter is Bridget Barrera. She has a great voice and is extremely good as a singer. One day Bridget accompanied her mom to Camp Rock 2 set. There she crossed her ways with Demi Lovato. After Demi had heard Bridget’s signing, she complimented the girl and advised her not to quit this activity.

In 2021 Bridget graduated from high school. She decided to take a one-year break in her education and to pursue her career as a singer and songwriter. Besides, she has already tried her hand as an actress. Bridget acted opposite her mother in “Cristela”.

After the pause, she plans to enter the Berkley College of Music.

Maria confessed once that her younger daughter Madeleine reminds her grandmother. The actress characterized her second daughter as a dramatic person, who is always emotionally expressive.

As of 2022, Madeleine is still a school pupil. Like her older sister, she spent a lot of time at the film set with her mom. The girl made friends with Selena Gomez and had lots of common pictures with her.

Madeleine took dancing and singing lessons in her primary school years. She participated in school theater productions, too. Probably, she is going to pursue acting in the future. But nowadays, Madeleine is focused on her high school studies.

Who are Maria Canals-Barrera parents? 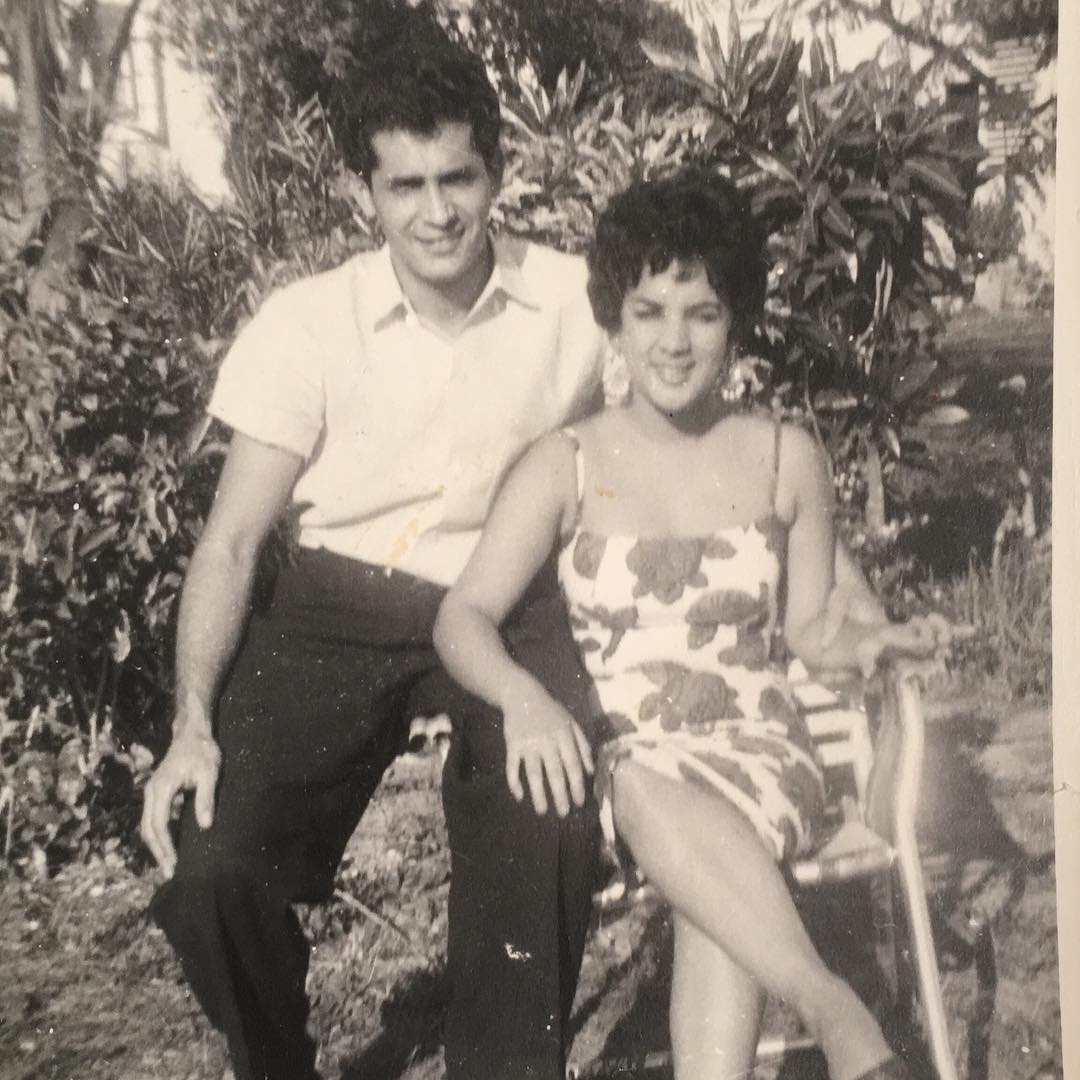 Unfortunately, Maria hasn’t shared a lot of information on her dad. It’s just known, that he has already passed away.

Ricardo Canals came to the USA from Havana, Cuba. He taught his daughter to accept her Cuban heritage. Mr. Canals was a great cook. Except for Maria, he had a son, named after him.

Maria was very close with her mom. Sara passed away in September 2015 and her son-in-law David Barrera made a great video tribute to her.

Sara comes from Cuba. She spent the major part of her life in Hialeah, FL. Sara was a great cook, who taught her kids to eat healthy food. She cooked salads, beans, and rice. Even though the Сanals family was not rich, Maria’s mother had always prepared steak for dinner. The major part of her time she cared about her kids and husband, but she found enough time for herself, too. According to the actress’s words, her mom was very glamorous.

Maria has an older brother Ricardo Canals Jr. The man stays out of the limelight, so we can’t tell you a lot about him. He was previously married to a designer Elizabeth Gerdts. They seem to be separated as of now. With Elizabeth, he parented a son Ricky Canals III and a daughter Andria.

Her full name is Maria Pilar Canals-Barrera, but you may know her as Theresa Russo from the family sitcom “Wizards of Waverly Place”. She acted in many other projects in the course of her career, which has been lasting more than a decade as of now. Her film credits include both, movies and TV shows. The most successful of them, which got a response from the audience, are “America’s Sweethearts”, “Larry Crowne”, “Camp Rock” and many others.

She was born on September 28, 1966, in a family of Cuban immigrants. Her parents respected their Cuban heritage. In her early years, Maria spoke Spanish at home, which helped her to learn that language perfectly.

Maria spent her early years in Miami, Florida. She took drama classes at Hialeah-Miami Lakes Senior High School and till the end of her studying there she had already made up her mind to become a professional actress. In her school years, Maria has already become a local celebrity. She acted as the despotic mother Amanda in Tennessee Williams’s memory play “The Glass Menagerie”, staged by her school theater. Besides, she participated in various talent contests, and her monologues brought her lots of victories. After graduation from school, she entered the drama class at the University of Miami. There Maria earned a degree in theater art.

Her acting career started in the early 1990s. She began as a theater actress but gradually moved to television shows. Her fluent Spanish helped her to get the role in “Marielena”, broadcasted by Telemundo. After that, she acted in a string of movies and TV shows, which provided her with a regular job, but didn’t become her big break. She appeared in five episodes of the drama series “Key West” and then in 7 episodes of “The Tony Danza Show”.

After the end of the main project in her career – “Wizards of Waverly Place” – she was busy at the set of the drama series “Members Only”. Unfortunately, that show has never premiered.

Her other successful screen work was in the series “Cristela”, the sitcom, made by the comedian Cristela Alonzo.

Nowadays, the actress has tons of interesting projects. Her recent appearances were in the series “Fuller House” and the film “Sweet Inspirations”.