Is Nathalie Emmanuel a lesbian/bisexual?

What is Nathalie Emmanuel marital status?

Who are Nathalie Emmanuel parents?

The only thing that is known about her father is that he is of Saint Lucian and English origin. He is divorced from the actress’s mother. 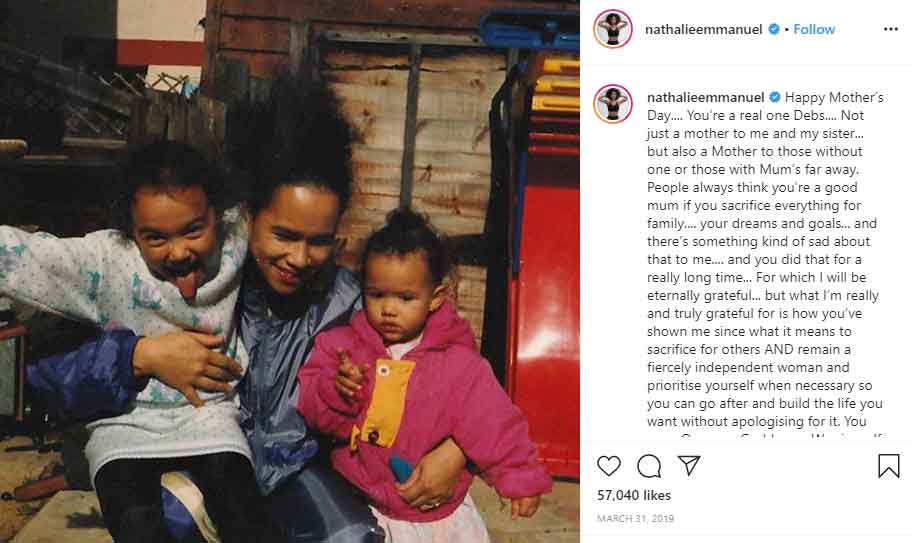 Nathalie Emmanuel is very close to her mother. She names her mom Debbie “Queen” and “Warrior” on Instagram.

The woman spent the major part of her life in Southend-on-Sea, Essex, England. She has two daughters with her ex-husband, Mr. Emmanuel. She separated from Nathalie’s father when the girl was still a kid. Debbie earned her living as a social worker.

Debbie cares about the girl Katie, who has Down syndrome. 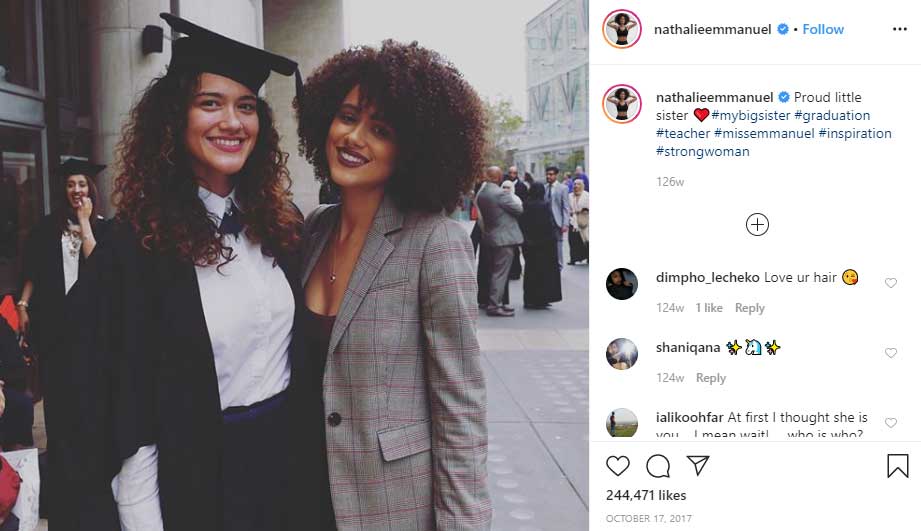 Natalie is close to her older sister Louise. She names her sibling “a person, who brings light into the room”. Louise got married in 2019. Natalie was her Maid of Honor. 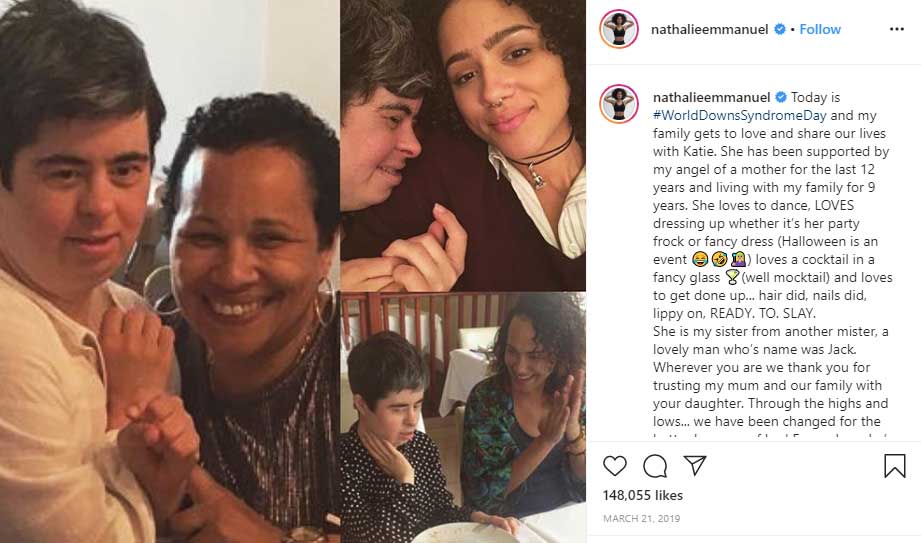 It’s hard to tell, whether Katie is blood-related to Natalie, or her mother has just adopted this girl. Nevertheless, Mrs. Emmanuel cares about her for almost a decade (as of 2020), and she is a part of the actress’s family. Katie has Down syndrome.

Nathalie Joanne Emmanuel gained international recognition as Missandei, the slave and the translator from the legendary series “Game of Thrones”. Her heroine was killed in the last season of the series, but Nathalie’s fame is still alive. Except for Missandei, she has created lots of interesting strong female characters on other popular projects.

She was delivered in 1989 in Southend-on-Sea, Essex, England. Her parents divorced soon after her birth, so she was raised by a single mother. Nathalie has just one full sibling – a sister Louise.

In her early years, she liked to perform and decided to become an actress at primary school age. She was just 10 when she got her first significant role in the stage production “The Lion King”.

Ms. Emmanuel felt the taste of success at the age of 17 when she was cast to the British drama series “Hollyoaks”. The actress depicted on the screen Sasha Valentine, the drug-addicted teenager.

After that, her career was developing very slowly, and she had to find a job in the apparel shop to earn some cash for a living. She even thought about leaving acting forever and returning to school, where she had A levels before she had been involved into acting. Natalie considered interior design as her alternative occupation. But then something happened, and it changed her world. Her agent sent her to Games of Thrones audition and she won the role of Missandei.

No need to say, that Nathalie Emmanuel, who worked hard on her character, and developed her heroine, awoke famous.

Now fans know and love her not just as “the slave from Games of Thrones”, but also as a hacker Ramsey from the petrol-smelled legendary films “The Fast And The Furious”. And yes, she made friends with Vin Diesel. Once he invited her to Thanksgiving into his house. Natalie felt lonely that evening and had a vegan cake in the room of her hotel. Vin called her and asked to spend the special day with his family. There was tofu turkey served on the table to satisfy Nathalie’s vegan needs.