Is Nick Carter a gay/bisexual?

What is Nick Carter marital status?

Who is Nick Carter wife?

Nick Carter is an American famous singer, dancer, and songwriter. He started a career in the music industry at the tender age of 12 and is active now. He has a big family, which except for his parents includes 5 siblings and 3 half-siblings from the paternal side. To read about that family stuff you can in “Aaron Carter”. To know about Nick’s wife and kids, continue reading. 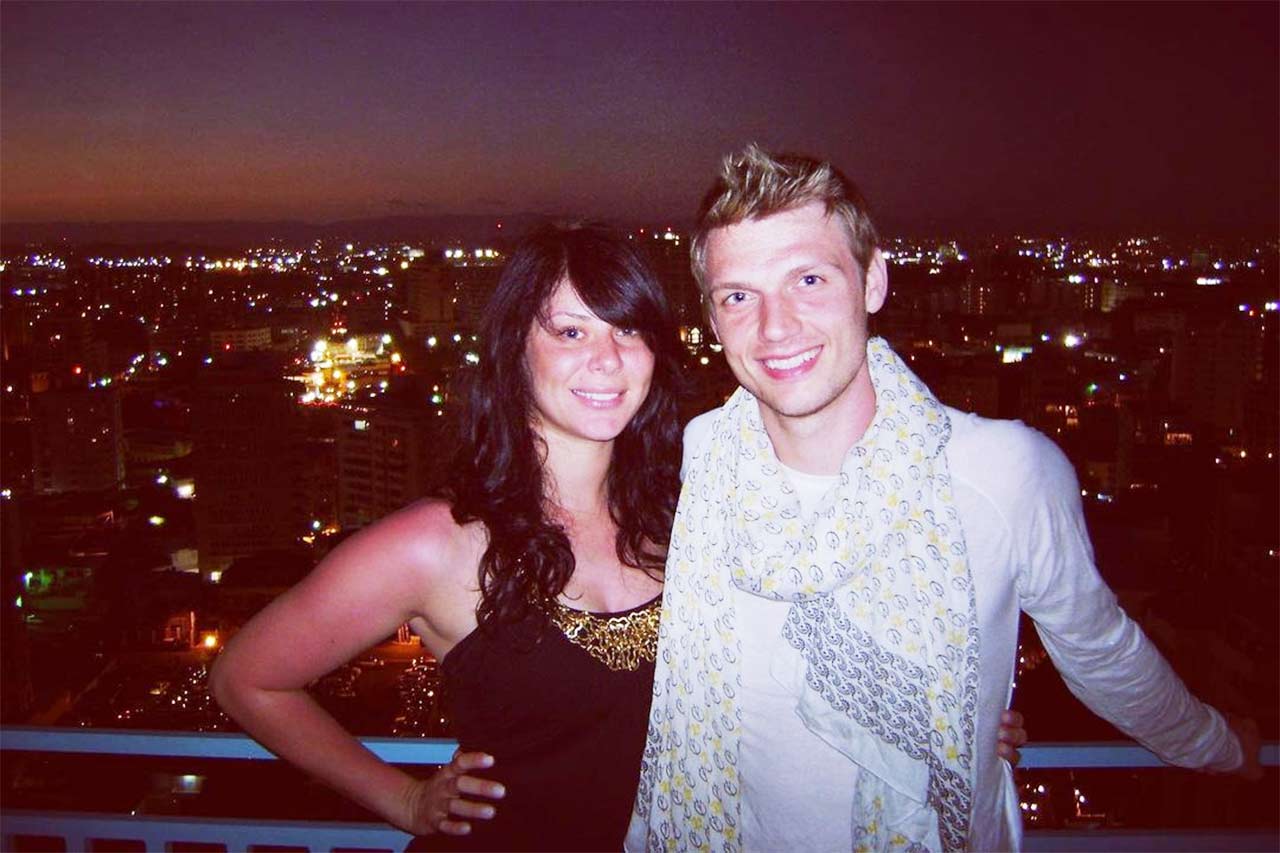 Lauren Michelle Kitt is Nick Carter’s beautiful wife and soul mate. She spent her early years in Los Angeles, CA. Like Nick, she had to witness her parents’ divorce and that affected her in a bad way. In her teens, Lauren became alcohol and drug addicted. She shared her time between her mother’s and father’s households. Her father was very strict with her and that fueled her rebellious behavior.

Lauren met her future husband Nick Carter in 2008. They got acquainted through Carter’s family members. Ms. Kitt made friends with Nick’s sister Angel and brother Aaron. They introduced the girl to Nick. They met for the first time on a blind date. At first, Lauren thought that Nick was arrogant.

In one of his interviews, Nick confessed, that he loved Lauren at first sight. He told that Lauren was the strongest woman he had ever met, and he loved that. He feels protected by her side.

They got married on April 12, 2014, in California. Their wedding was filmed for VH1 channel and shown in the reality show “I Heart Nick Carter”. Nick told that they were so happy and wanted to share that feeling with their audience. Later the couple welcomed 3 kids. 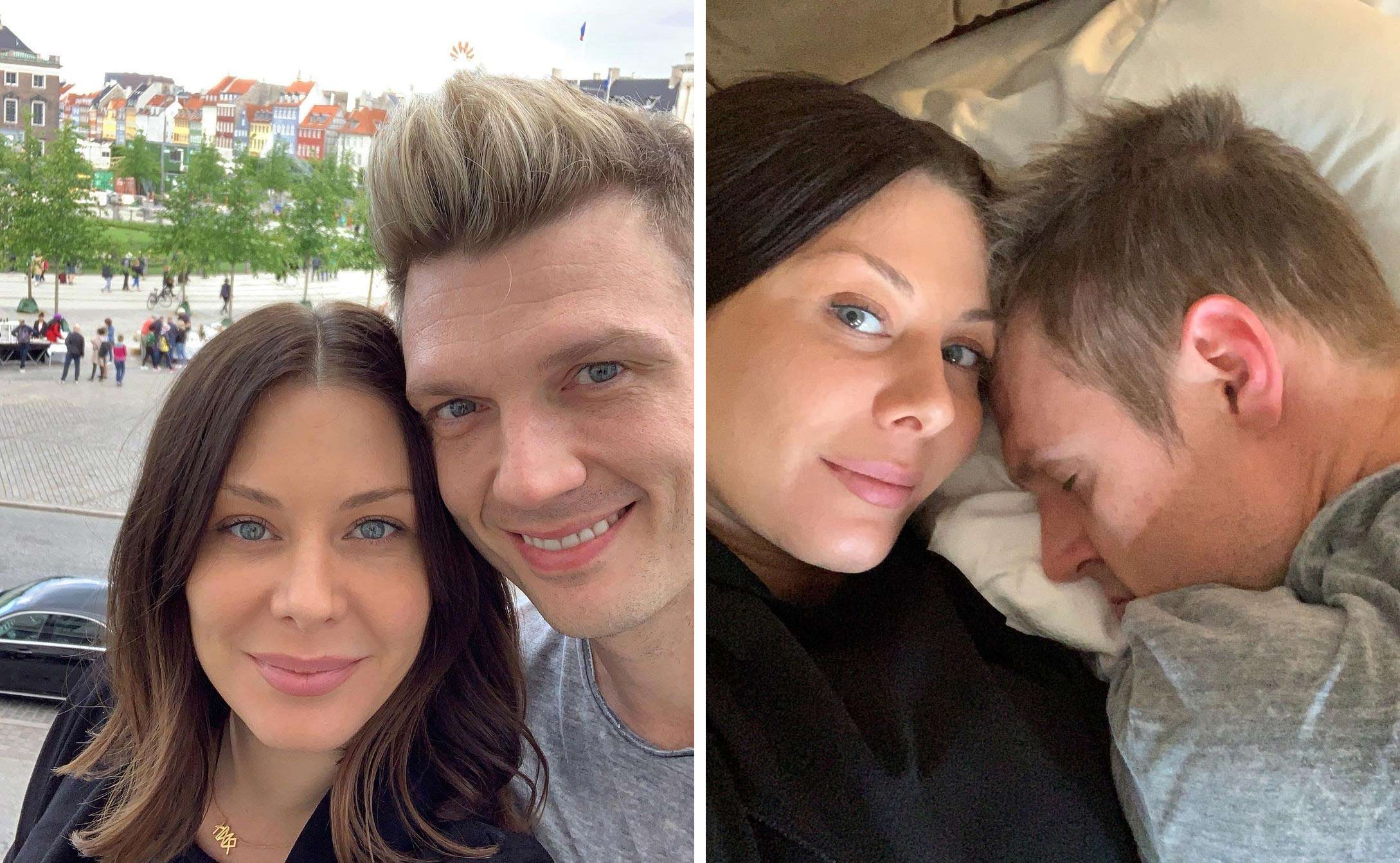 Lauren is not a celebrity, like Nick, but she also stayed in the limelight. She is a professional fitness trainer and competitor. Before her marriage to Nick, she was WBFF Pro. The World Body Beauty Fashion Federation deals with physical beauty and bodybuilding. Lauren joined WBFF in 2010.

She is also an occasional actress. The fans watched Lauren on Nick’s reality show. Besides, she featured on such screen projects as “The Pendant” (directed by her husband) and “Dead 7”.

It’s interesting to know, that before her meeting Nick, Lauren didn’t like the Backstreet Boys band and pop music in general. She was a fan of rock music and video games. Lauren seems to be a great couple to Nick. She was ready to sacrifice her career for Nick, who had been on tour 350 days per year. Besides, she is very tolerating of his female fans, who throw themselves at Nick all the time.

Some of Nick’s fans even were aggressive towards Lauren for her marriage with the music star. In one of the nightclubs, she was threatened to be stabbed.

As of 2022, Nick and Lauren are still happy together. 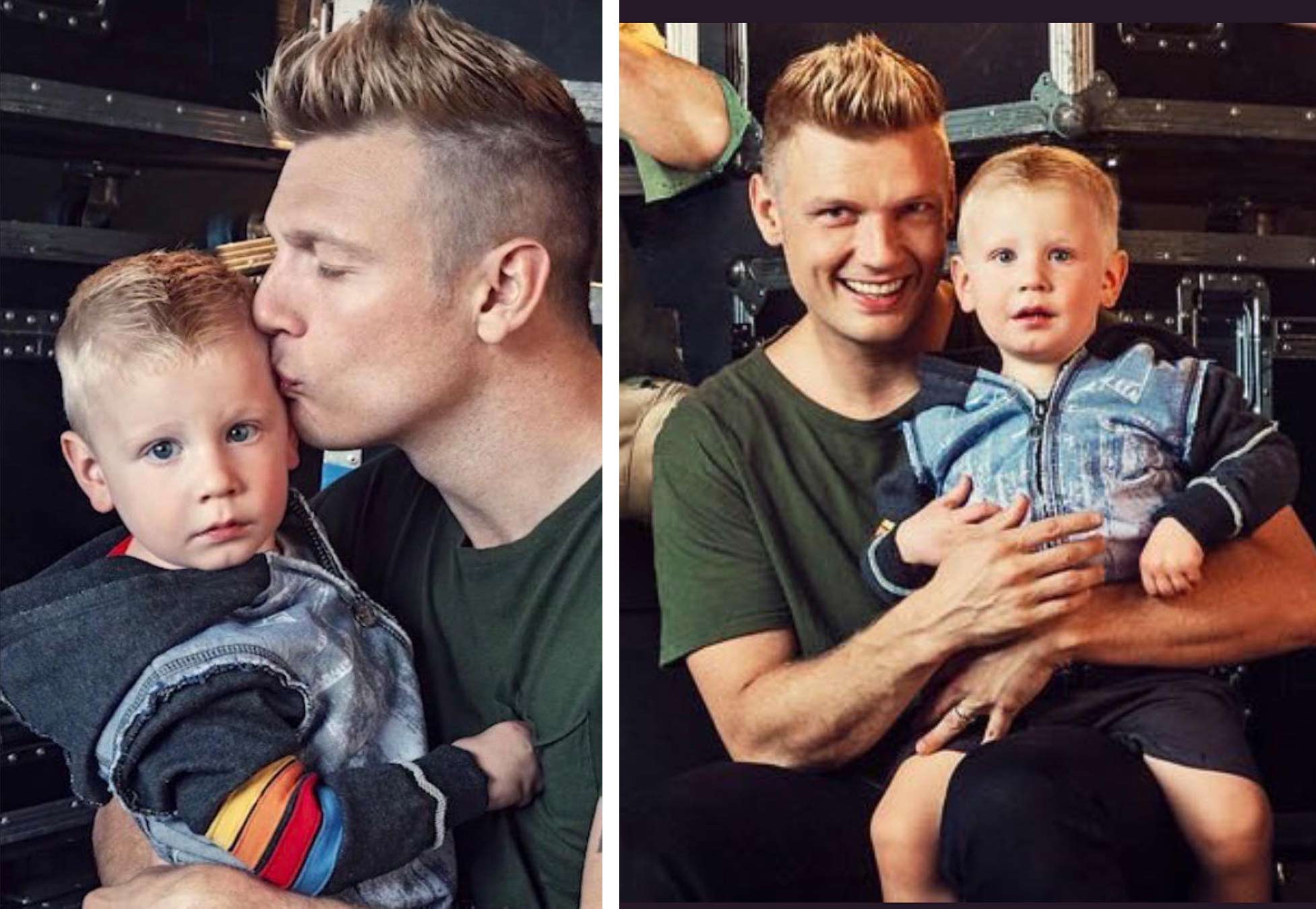 Odin is the firstborn in the family of Lauren and Nick Carter. To welcome him, Lauren spent 30 hours in the water – she had a waterbirth. 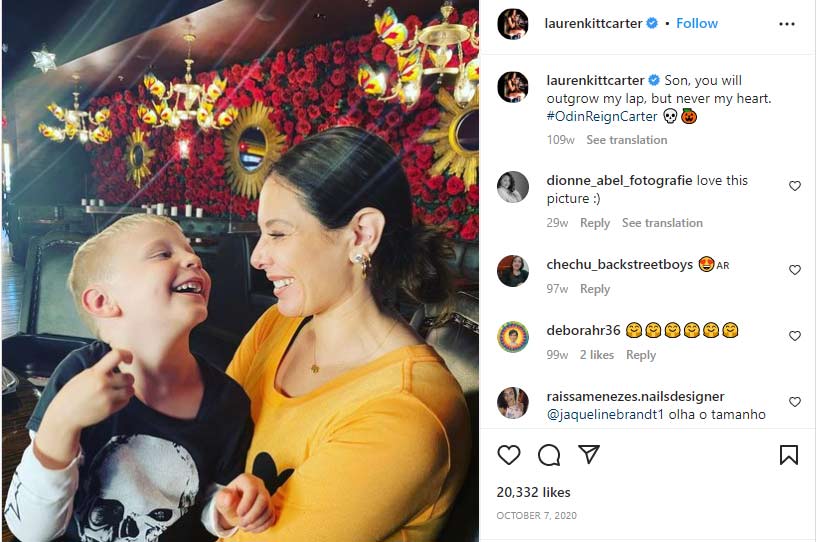 Nowadays, Odin is a cute little boy, who has already overgrown his mother’s knees. He is a constant guest on his parents’ Instagram accounts. In 2021 Nick went to kindergarten for the first time. 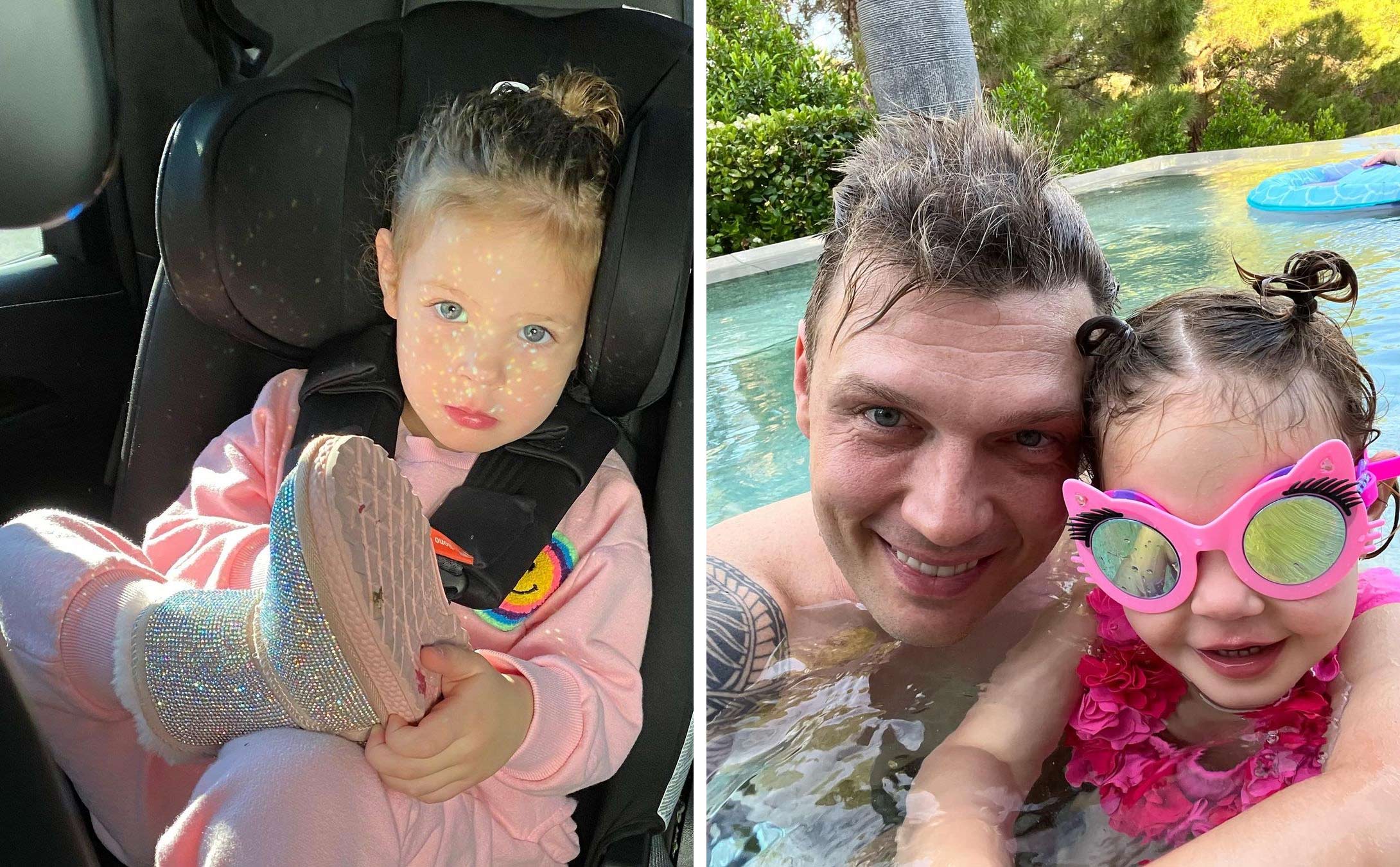 Saoirse is the second child in Nick Carter’s family. The pop singer seems to be very happy to become a baby girl’s father. In September 2021 Nick posted on social media a video, where he does hair for his little girl. He made a great ponytail for her.

The girl was born in 2019, following Lauren’s miscarriage in 2018. Saoirse became a real gift and a bright addition to the Kitt-Carter family.

Now she enjoys her calm childhood in the company of her parents and siblings. Nick often is on tour, but he never misses the chance to spend some time with his little girl Saoirse and other family members, when he is free from work.

By the way, Nick likes to sing to all his kids, but Saoirse is the only one, who asks him to stop. Instead of it, the girl sings well herself. 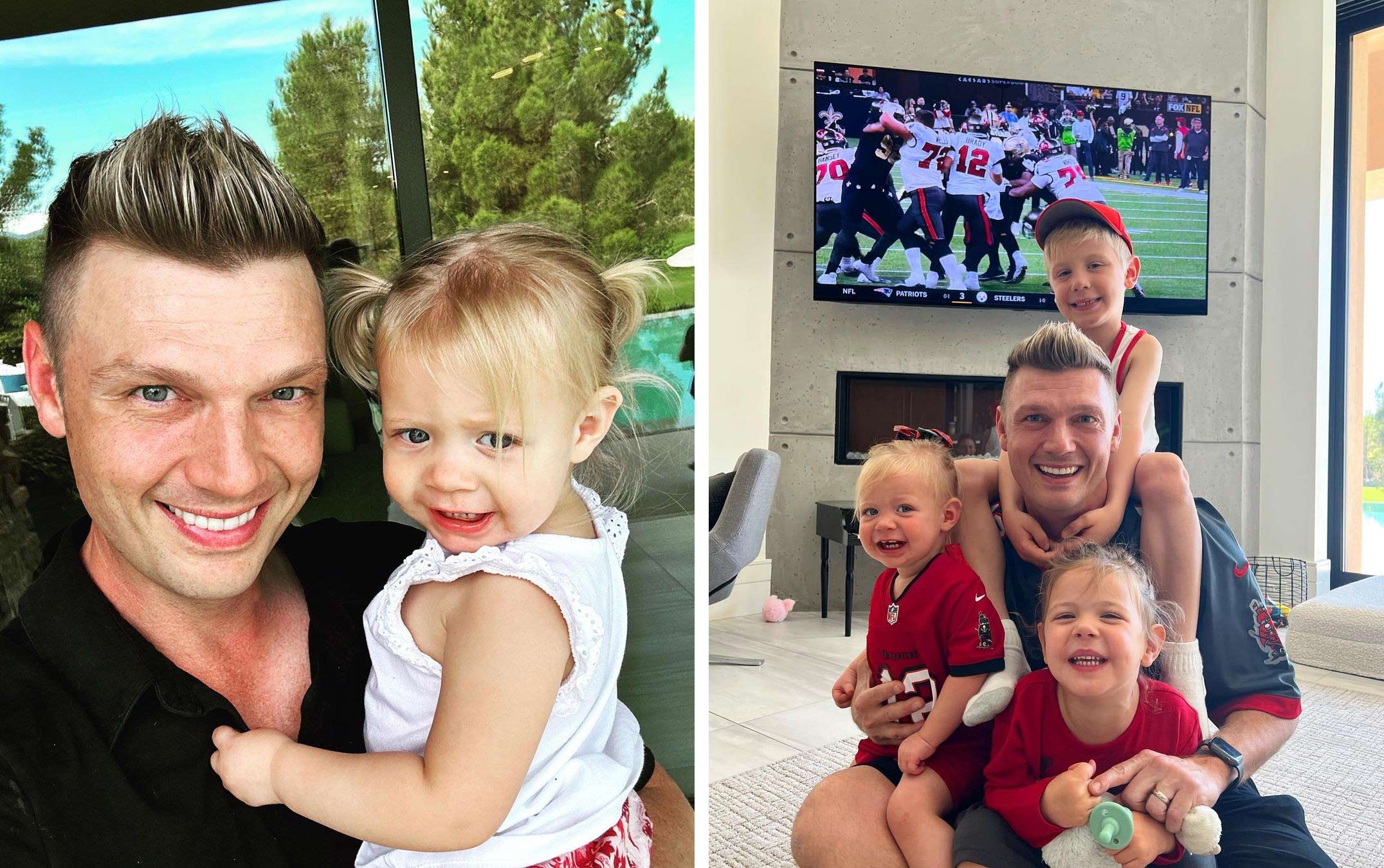 Nick and Lauren’s third pregnancy was unexpected. Nevertheless, both were glad to welcome baby number 3. Although Lauren’s pregnancy and baby delivery process had some complications, still she gave birth to a healthy baby girl in spring, 2021. The happy parents named the girl “Pearl” as her mother wanted. Nick decided to meet his wife’s wish and do, what she wanted.

Nickolas Gene Carter was born on January 28, 1980, in the southern city of Jamestown, New York. He grew up with 4 siblings. Nick’s parents separated when he was in his teens.

During his years at elementary school, Nick was a weird child. He preferred staying at home to participating in after-school activities. At home, he created a kind of talent show. He performed songs, standing at the tree stump. Grass blades in front of him were his viewers.

He took vocal and dancing lessons as a boy. He was about 12 when he auditioned for Disney’s Mickey Mouse Club. He was accepted, but at that time he was proposed to become a member of “Backstreet Boys”. He chose the latter one.

No need to tell you, how successful “Backstreet Boys” were. Millions of albums were sold over the world. In his teens, Nick made millions of dollars.

In 2002 Nick Carter left Backstreet Boys to make a solo career. He released his debut solo album “Now Or Never”, which was certified as gold.

As of now, Nick carter is a recording artist with 3 solo albums and 1 collaborative album with Jordan Knight. He is also an actor and TV personality. You can see Carter on such shows as “90210”, “Dancing with the Stars”, “Dead 7” etc.