Is Odell Beckham Jr. a gay/bisexual?

Who are Odell Beckham Jr. parents?

The younger generation of sports lovers may not know a lot about Odell Beckham, Sr., a father of our hero. Mr. Beckham Sr. attracted lots of public attention after his sharp response to John Mara, the co-owner of the Giants. Mara reacted rudely to Odell Jr.’s interview, where the player criticized some of his team members (you can read more about it in “Facts”). Then, the father defended his son and responded to Mara through Twitter to support Odell Jr. He advised the team’s owner “not to throw a chair” to his son’s side.

As you see, Odell Beckham Sr. is always ready to help his kid. He tries to be a great father to each of his five children, which he welcomed with three different mommies. He had two kids with his first wife Heather Van Norman. Nowadays he is married to Lisa Littlefield. They parented a son and a daughter respectively in 2014 and 2018. He also has one son from the relationship with an unknown woman.

Odell Beckham Sr. was brought up in Temple, Texas in the family of an athlete. He became an American football player at a school team and then continued playing at LSU (just like his son). In the 1990s he played for the university team “Tigers”.

Nowadays he is a happy family man and a philanthropist. He is involved in several charity projects, including BEckham Legendary Inc. 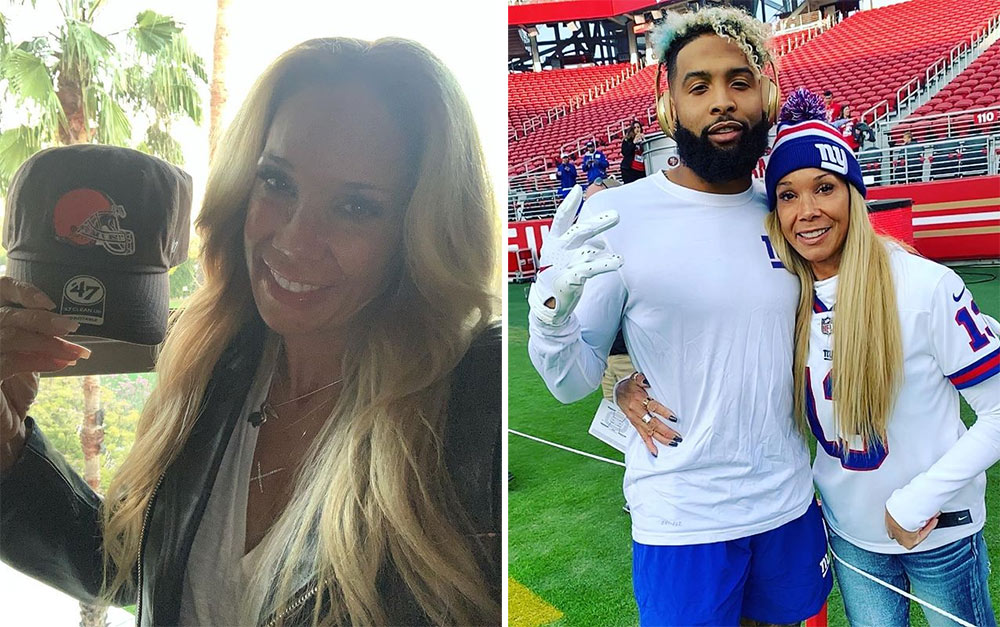 Odell is a sports superstar for many people worldwide, but just a little boy, a son for one legendary woman – Heather Van Norman.

She is a celebrity in the world of sports, too. Heather has made a great career as a track-and-field athlete and a coach.

Not much is known about her childhood years. Actually, her professional biography starts in 1988, when she joined her peers at the University of Minnesota. Her outstanding athletic skills were noticed immediately, and she was titled Freshman Track Athlete of the Year.

In 1989 she transferred to LSU, where she continued her sports career. She joined the University team “Tigers” and brought lots of victories to her teammates as a track and field athlete. Besides, she fell in love with the Tigers’ American football player Odell Beckham Sr. Their relationships were developing; finally, they got married and welcomed two kids – a son Odell Sr. and a daughter Jasmyne.

After their divorce, Heather focused on her career. Currently, she serves as the head coach of Nicholls State University Athletics’ track and field team. 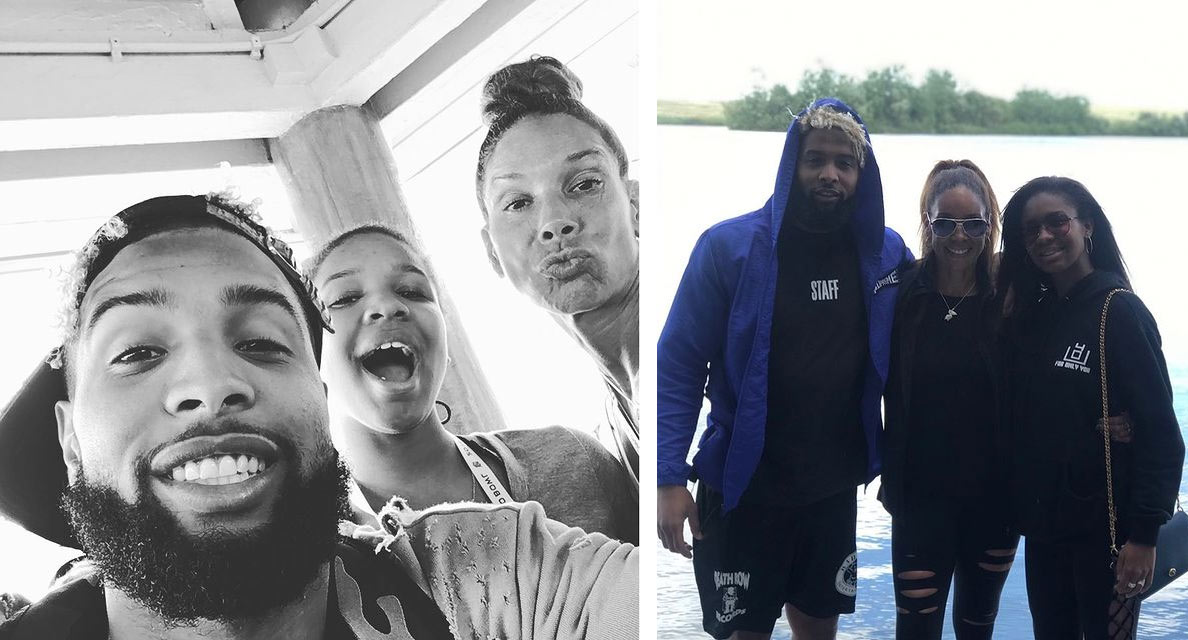 Odell’s only full sibling is a sister Jazzy Mills, also known under the name Jasmyne Beckham. She is a college graduate. The girl is an active member of Alpha Chi society. Jazzy keeps her private life in the shadow. But obviously, she has a warm relationship with her brother. 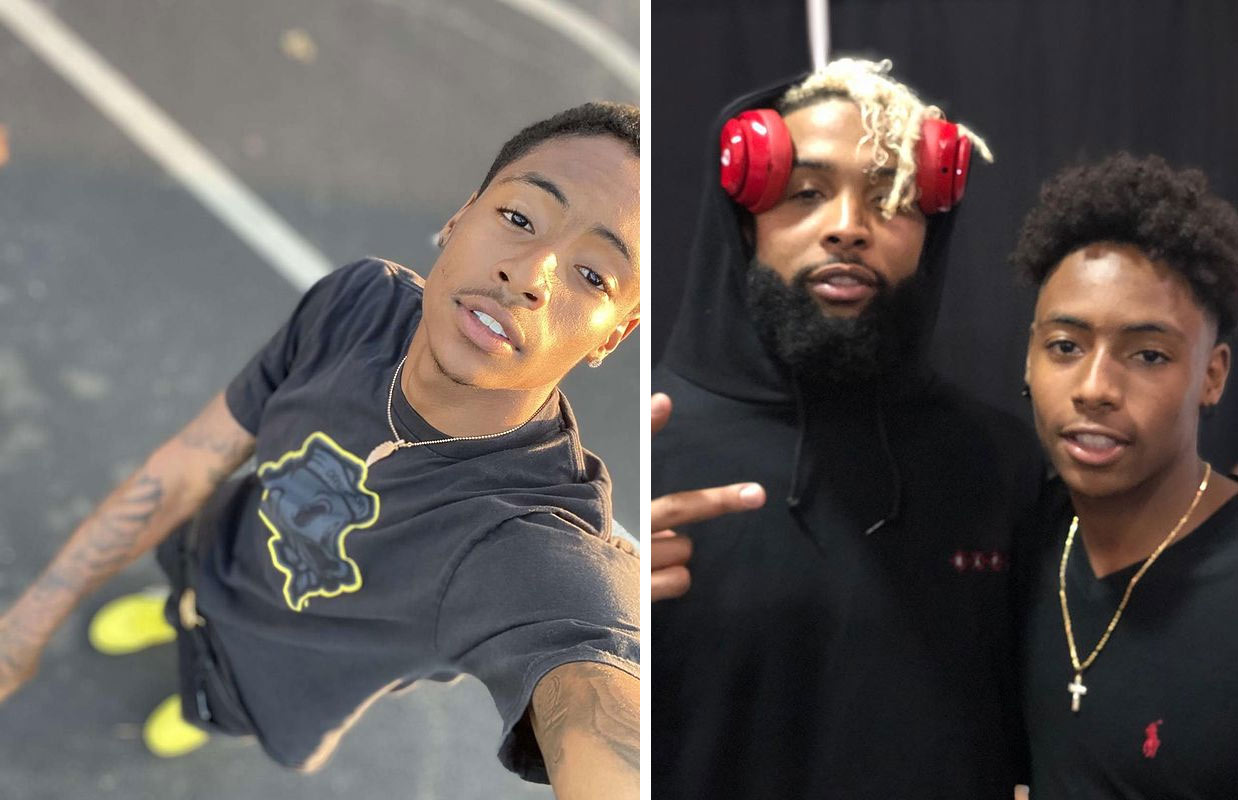 Kordell Beckham is Odell’s younger half-brother from the paternal side. His father, Odell Sr. has never been married to Kordell’s mom officially. Nothing is known about this woman, and Kordell himself doesn’t post any picture of his mother on his Instagram page, also he has lots of images with his dad and brothers.

He was raised in Texas. The boy studied at Dawson High School. He played American football for the school team. In 2020, he graduated from school.

Kordell has a long-term relationship with a beautiful young lady. He is really into her and plans to spend the whole life with her.

Sonny is Odell’s paternal little half-brother. The boy was born on the first autumn day in 2014. He is the son of Odell’s father and Lisa Littlefield. The boy has already gained a status of an Instagram heartthrob. His account is followed by 528 subscribers.

The only girl among Odell Jr.’s siblings and the youngest baby in their family is named Summer Odalis Beckham. She is in kindergarten age as of 2021. The girl is loved and pampered by her older brothers, including Odell.

Odell Cornelious Beckham Jr. is a person, who can say for sure, “Life is good!” His life seems perfect from the outside – he looks great, his salary is extremely high and his clothing style is copied all over the world. For those, who have no idea, who he is, we should tell, that Odell is a famous American football star. Currently, he plays for Cleveland Browns. His career way is marked with bright highlights and achievements. Being a junior player in 2013 he won The Paul Hornung Award (the prize for the brightest representatives of college football games). The year after that he was drafted by New York Giants and during his first season there he broke several rookie records. That very year during the match with Dallas Cowboys he made a great catch (when he caught a ball, having fallen backward), which till now is considered as the best ones in the world. Surely, Beckham is at the top of the sports world as of 2021. But how did he start his way on top?

He was lucky to be welcomed in the family of two talented athletes – Odell Beckham, Sr. and Heather Van Norman. He grew up in Baton Rouge, Louisiana. The boy was educated at Isidore Newman School and there his sports talent was noticed and developed for the first time. His coach, Nelson Stewart, supported the talented pupil at each stage of his school career. Their professional duo brought numerous achievements to the school team. Guided by Stewart, Odell won all possible titles – All-District and All-State awards, Team MVP, and others. During his last final school year, colleges were literally chasing him, and he made his choice so wisely – he accepted the offer of Louisiana State University.

His college career was bright and active. He gained the status of the rising sports star. In 2014 he turned into a professional American football player, having signed the deal with the New York Giants. Unfortunately, Beckham was injured and couldn’t start playing during the first four weeks of the season. But then he appeared on the field and made the greatest catch (about which we’ve told you above). In 2018, he cemented his initial success with a $95 million deal with Giants. It was supposed to last 5 years, but in 2019 he was traded by Cleveland Browns. His separation with Giant was not amicable and both sides had grudges against one another.

But now he is a part of another team and feels great about it.