Is Olivia Cooke a lesbian/bisexual?

What is Olivia Cooke marital status?

Since the 6th episode of the first season of “House of the Dragon” fantasy Alicient Hightower changed her image. The older version of the queen is played by the young talented actress Olivia Cooke. Today, we’ll learn interesting facts from her bio, we’ll see her film list and of course, we’ll get acquainted with her family members.

Who are Olivia Cooke parents?

In one of her interviews, Olivia mentioned, that her father separated from her mother many years ago. Olivia was a six-year-old kid at that time. Nevertheless, he didn’t disappear from his daughter’s life. When Olivia is not busy at the film set, she visits her father John Cooke, and a stepmother, Gwyneth Pilling.

John is a retired police officer. He resides in Manchester, United Kingdom. He spent his childhood years at Shaw, Oldham. Then John was educated at Whitefield county secondary school. In 2012 he started working at Royton and Crompton school as the attendance office.

As of now, John has finished his career. He leads a great life with his partner Gwyneth Pilling and her three sons, Liam, Sean, and Darren. He stays connected with his famous daughter Olivia. The actress told in her interview that her dad has never understood her love for acting, but supported her in her decision to devote her life to this profession.

Olivia Cooke is incredibly close with her mother, Lindsy Cooke-Wilde. She used to work as a sales representative, but Lindsy is retired nowadays. She maintains close relationships with her daughter, Olivia, Eleanor, and a grandson.

Many years ago Lindsy separated from John Cooke, her daughters’ father. As of 2022, she is single. Mrs. Cooke is so proud of her daughter Olivia, that she has at home the corkboard, where she marks her daughter’s achievements. Besides, she keeps an eye on Hollywood male A-listers to recommend her daughter to date some of them. 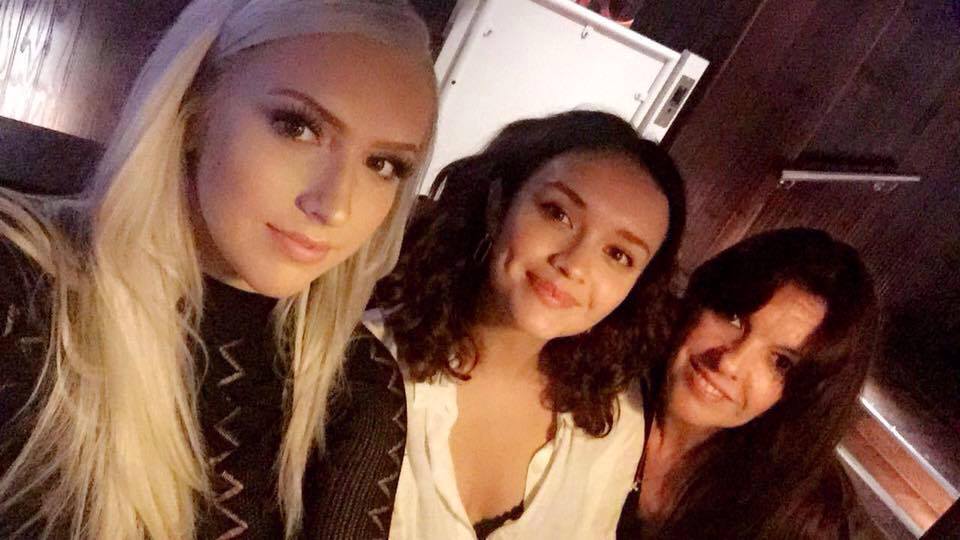 Olivia has an older sister, called Eleanor Cooke. Olivia mentioned her sister in public just once, when she confessed that she thought about Eleanor, while she was busy on the set of “Naked Singularity”. Her character reminded Eleanor of her.

Olivia’s sister has already become a mother. She has a son. In her interview with “The Guardian”, Olivia said, that after the birth of her nephew she understood, that she was ready to start her own family and have kids. She calls her little nephew “very sweet, but savage”.

Olivia Kate Cooke entered this world on December 23, 1993, in Royton, a small town in the Greater Manchester area of England. The girl’s parents divorced soon after her birth. The major part of her life she lived with her mother and sister.

Although Olivia’s family members had no connection to the entertainment industry, the girl liked acting, ballet, and gymnastics from the earliest age. Olivia was just 8 when she started acting in the amateur theater, ruled by Oldham Theatre Workshop. As she later confessed, she liked to play, but was disappointed, she couldn’t get the lead role. After that, the actress decided, that she suits TV projects more than acting in theater productions.

She got her first role at the age of 17. That was “West Side Story”, the play, based on the book of the American writer Arthur Laurents. She acted as Maria, the Puerto Rican girl, who fell in love with her brother’s enemy. After that, she played the main role in several other school productions moving her way on television.

In 2012 Olivia debuted on television. That was a role in the miniseries “Blackout”, created by the British Red Production Company. She appeared in all 3 parts of the drama series, where she played Meg, the daughter of the main hero, council official Daniel Demoys.

She made her breakthrough in 2013 after she had been cast as Emma, the main female heroine in the American horror series “Bates Motel”. To get the role, the actress had to get rid of the English accent. Nevertheless, after their debut in the USA, she put her career on a new level.

After that, the young actress participated in one great project after another. Her brightest roles were in the mini-series “Vanity Fair” as Becky Sharp and in the melodrama “Life Itself”, where she acted opposite Oscar Isaac and Olivia Wilde.

In 2022 she gained the status of an international star, having appeared as Alice in “House of the Dragon”.