Is Patricia Heaton a lesbian/bisexual?

What is Patricia Heaton marital status?

Who is Patricia Heaton husband?

She is the busy actress, film producer, social rights activist, and mother of four boys. Yes, it sounds a little too much for most people, but not for her, who seems to be overfilled with life energy and new ideas. Let’s look a little closer at her personal life and know some interesting facts about her family members.

Pat and David tied a knot on October 13, 1990, and they remain a strong happy couple since then.

Mr. Hunt is recognized as an actor. His most popular films are “The Deal”, “Murder on the Orient Express” and others.

David was born in London, England. With Patty, he parented four boys. He shares his time between his home country England and the United States.

From 1984 to 1987 Pat was married to Constantine Yankoglu. The marriage didn’t result in any kids. 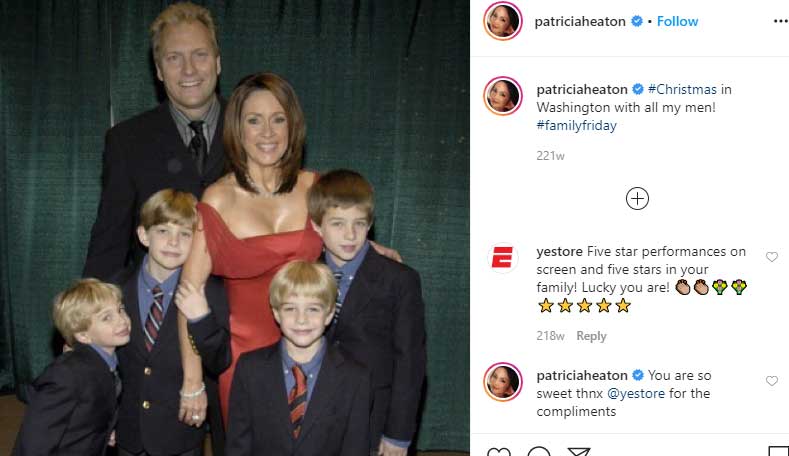 Samuel David Hunt is the oldest boy in Pat and Dave’s family. He is in his 20s now. The young man stays out of the limelight. 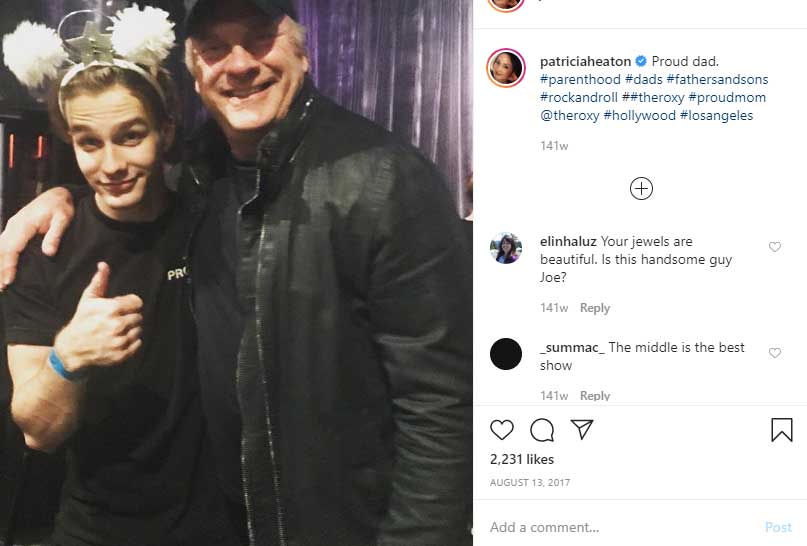 John Basil Hunt is Pat’s second-oldest son. The boy lives in Los Angeles. He doesn’t share the details of his personal and professional life.

Pat’s third son Joseph Charles Hunt is the only as of now, who likes to stay in the spotlight. He is involved in the entertainment industry, too. He plays drums for the band “King Princess”, which has real chances to become super popular soon. 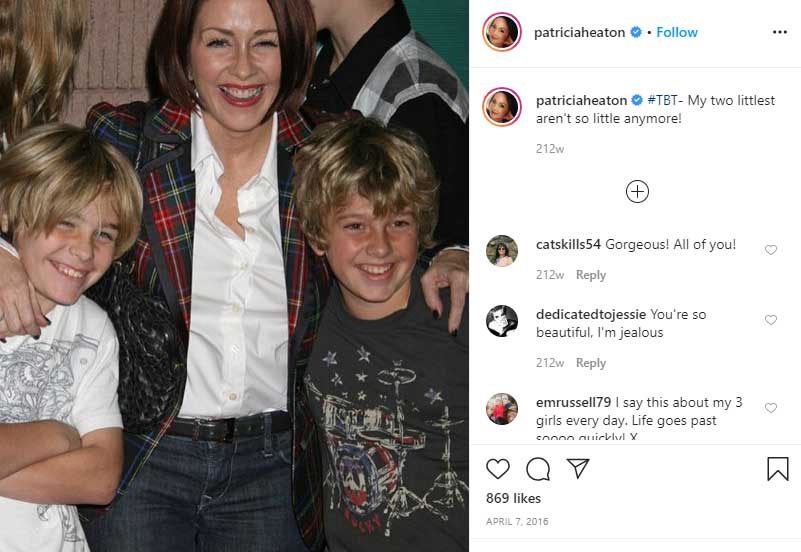 Daniel Patrick Hunt is the youngest boy of Dave and Pat. In one of her latest interviews, the actress told, that her sons have already reached their 20s, and they live separately from their parents. Daniel and his three older brothers come to their mother’s home for holidays. Patty added, that gifts were not necessary for them at all. Very often they don’t buy a present for Christmas and other holidays, just come for dinner to spend time with their family.

Who are Patricia Heaton parents?

Patricia Heaton is the star, who feels comfortable, being in the center of public attention. Mostly, she got used to being in the spotlight due to her father, who was a local celebrity. Chuck Heaton earned his living as a sports columnist. He covered various Cleveland teams, including legendary American football club “Cleveland Browns”. He was one of the best sportswriters of that time. He wrote a column that was interesting to almost everybody. He was much respected by his citizens.

In his everyday life, Chuck was a caring father and husband. After the death of his first wife Patricia Hurd, he re-married Cecilia Evers. He spent a great life and died of pneumonia in 2008. That very year Chuck Heaton Award was established by Cleveland Press Club to honor his memory. 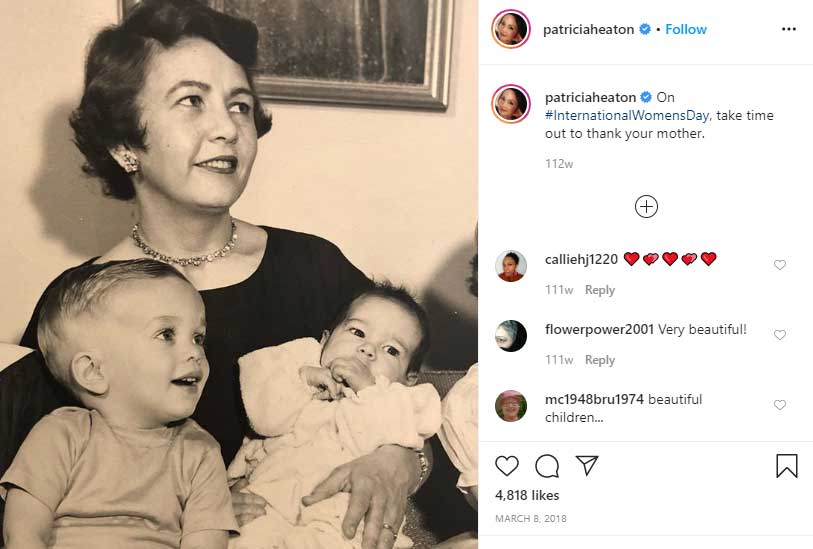 She thanked her mother from the big stage set when she accepted Emmy as the lead comedian actress.

Patricia has a lot of reasons to thank her mom. Due to Mrs. Heaton, she got an excellent upbringing. She was taught to love and respect God. That’s why she promotes anti-abortion position as of now.

Patricia was a very religious woman. She took her kids to the church every Sunday and started each family dinner with a long pray. She had a happy childhood until the day when her mom passed away.

The actress lost her mother at the age of 12. The woman unexpectedly died from an aneurysm. Patricia told in her interviews, that the painful departure of her mother was the first life lesson for her. Then she understood, how short life was, and how important it was to enjoy each its minute.

The 12-year-old Patricia suffered from severe depression. She covered her head with a pillow and cried all night long. The acting was the only thing, which saved her and gave her joy back. 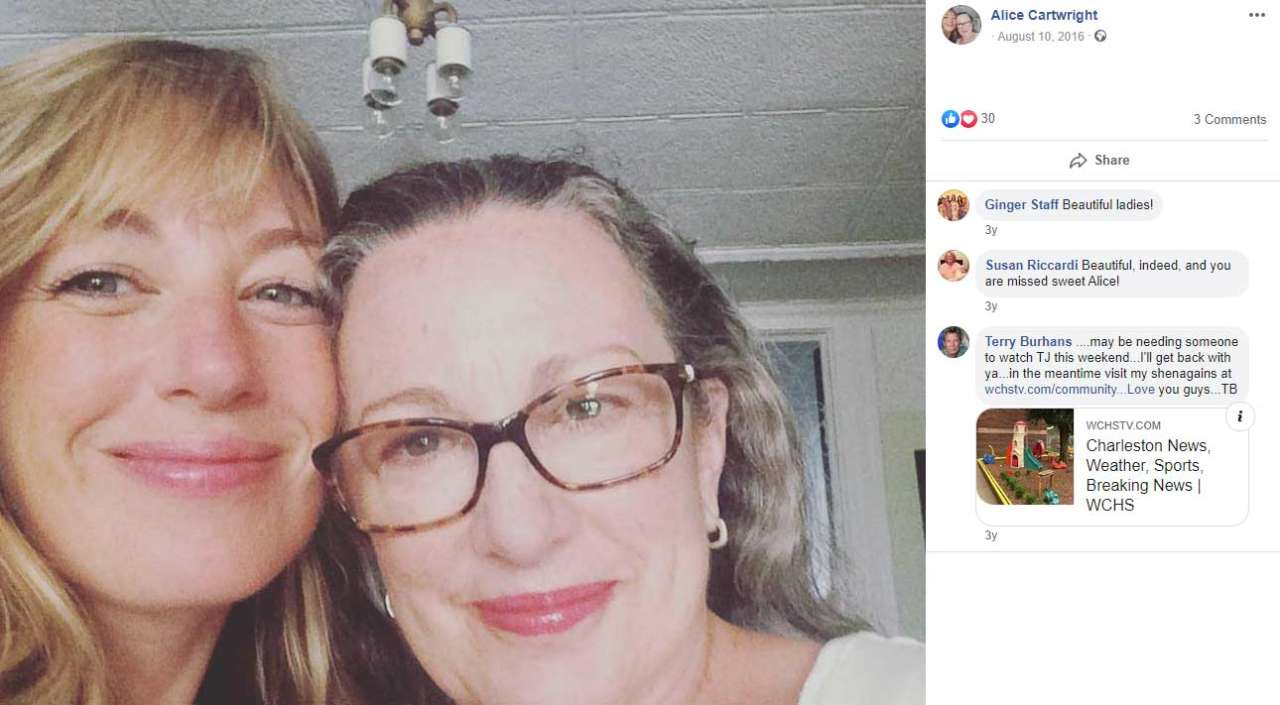 Alice is Pat’s second oldest sister, who resides in Nashville as of now. She is a mother of three adult kids. Alice was the first actress in the Heaton family and Pat’s role model. She joined a local community theater during her years in high school. After graduation, she moved to New York and took acting lessons there. But later she quit it.

She is the oldest child in the family. Currently, she serves as a Dominican nun at St. Mary Star of the Sea church. She is also a teacher there.

Mary and Patricia were very close in their early years. It was Mary, who taught her little sister Pat to love and understand music. She brought home the recordings of various popular at that time singers and bands, like Barbra Streisand or “Beatles”.

Alice Cartwright, the second oldest, lives in Nashville and is married with three grown children, one of whom has ambitions to be an actress. Michael, the only boy, is the “Minister of Culture” columnist for The PD and a writer for the paper’s Sunday Magazine. He’s married and has three young daughters. Patty is the second youngest, followed by Franny, who works in the activities department at Harborside Healthcare in Westlake.

Patricia called her sister as Franny in their childhood years. Very often the girls arranged self-made performances in the garage. Franny was Pat’s first audience and first fan. – 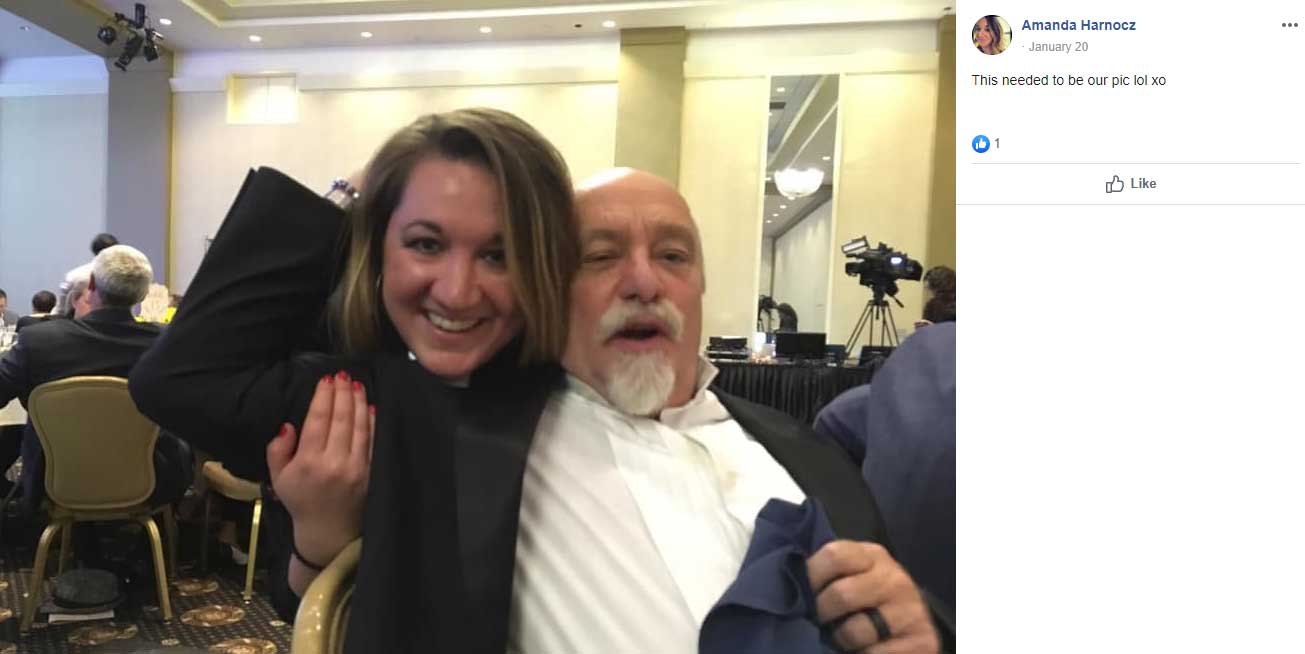 After graduation from college, Patricia moved to New York to pursue the career of an actress. Her brother Michael was that person, who accompanied her. By the way, he has also become a celebrity and one of the most noticeable figures in his business.

Michael has been writing for the issue “The Plain Dealer” since 1987. He was also the correspondent for the famous “People magazine”.

Patricia and Michael maintain friendly relationships. They have even co-authored the book “Motherhood and Hollywood”. In 2012 Mr. Heaton tried his hand as a screenwriter. He made a script for the film “The Christmas Heart”. He is married to Nancy Heaton and has kids with her.

Her family members and childhood friends tell, that she was born to be an actress. The little girl always liked to be in the center of attention, to imitate the reaction of other people, and to act in front of a mirror.

She was born in a small village just a couple of miles away from Cleveland, Ohio. The girl grew up in a big family – she has three older siblings and a younger one.

The girl studied at Bay High School and in her teen years she has already become a local star. Patricia performed in the school theater. Besides, she knew all the songs from popular at that time musicals and performed them by heart at her family holidays.

Patty lost her mom at the age of 12, and at the age of 16, her father introduced her to Cece Evers, her stepmother. They say the future actress and Cece made friends. But acting remained her main passion, so she moved to New York to become a professional actress. There she was initially supported by her older brother Michael, who had moved to New York several years earlier and started the career of a writer.

She joined the students at St. Edward’s High School and that was the point from which she started her way to the top of show business. Soon she was accepted to Huntington Playhouse and was cast to its three-hour production “Showboat”. Later she appeared on some TV commercials and finally got the roles, which made her popular and brought her awards – in “Everybody Loves Raymond”, “The Middle” and many others.