Is Pele a gay/bisexual?

What is Pele marital status?

Who is Pele wife? 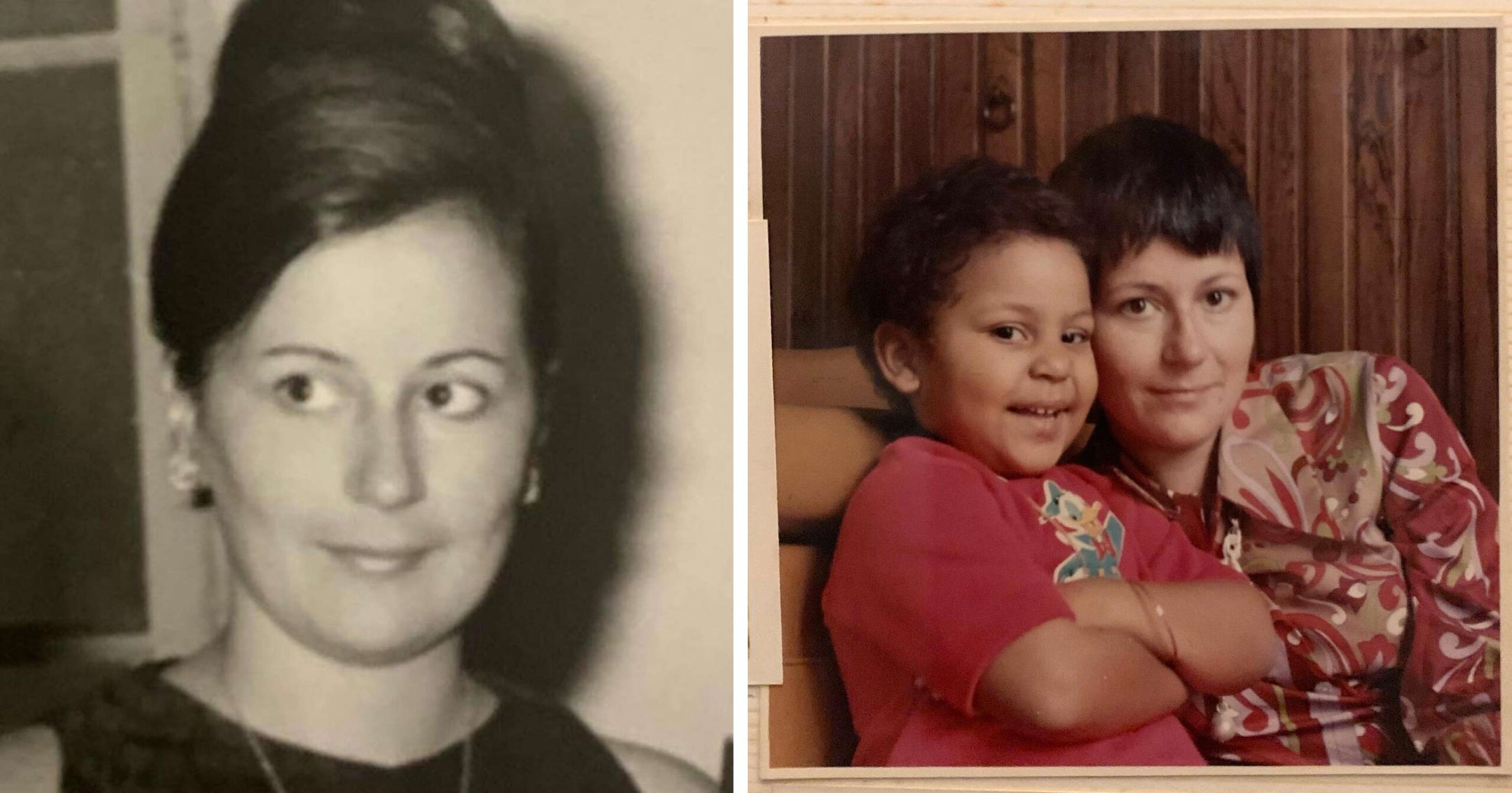 Pele had countless love affairs, and in one of his interviews, he even told, that the exact number of his kids was not known.

But his first official wife was Rosemeri dos Reis Cholbi.

Rosi is the daughter of Idalinda Cholbi. It’s not known, how she got acquainted with Pele, but they tied the knot on February 1, 1966. At first, the couple resided in Brazil. Later they moved to New York, USA.

The couple had 3 kids. They separated in the middle 1970s and then re-united for a while. They parted their ways completely after the birth of the youngest daughter Jennifer in 1978.

Rosi Cholbi is still alive. She maintains a private way of life in the USA. Her kids keep a strong connection with their father, while she seems to be independent of her famous ex-husband now. 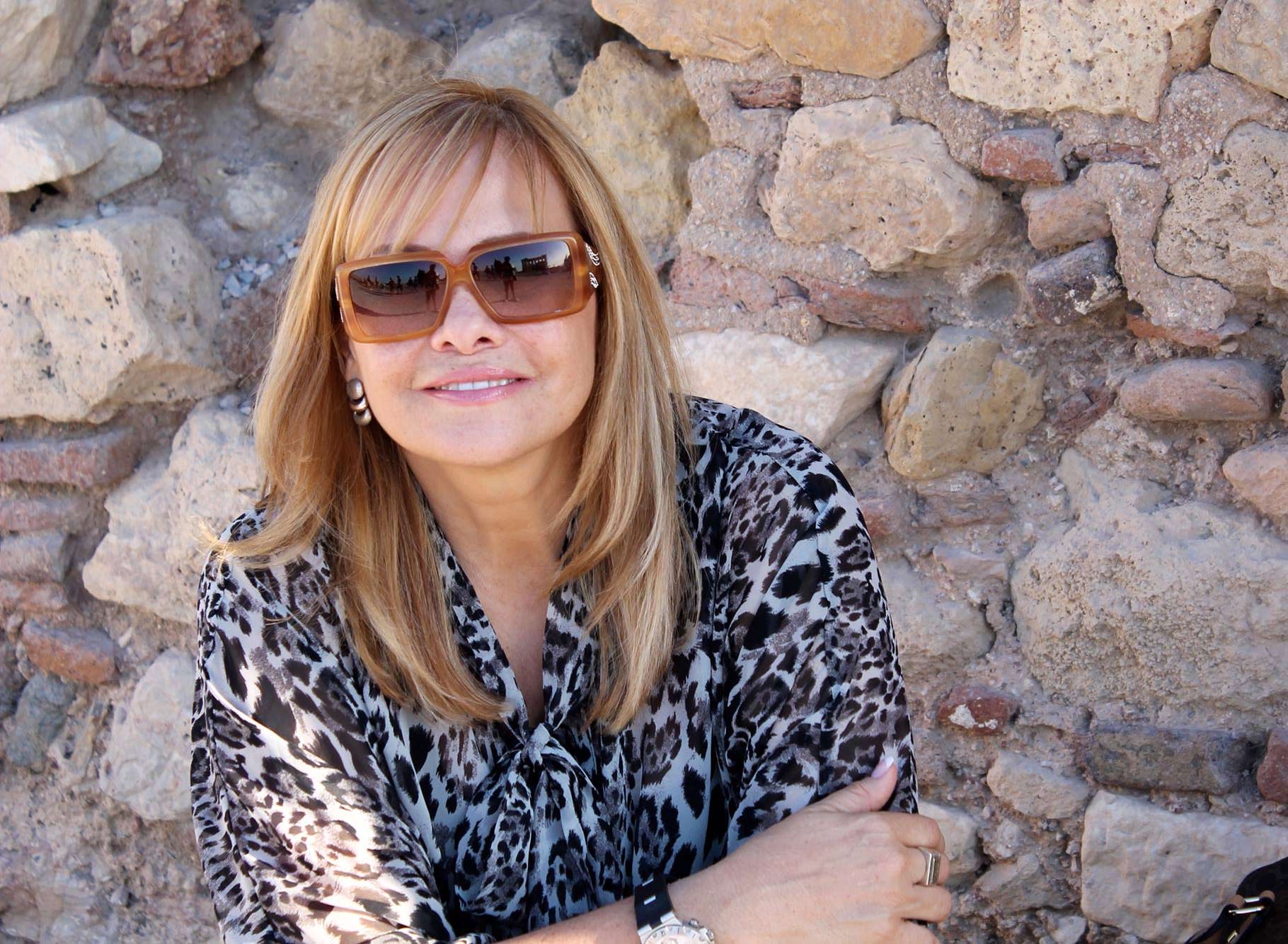 Assíria is Pele’s second wife. They got married on May 30, 1994. Two years later they gave birth to twins Joshua and Celeste. Besides, Assíria has a daughter from her first marriage, named Gemima McMahon, a psychologist. Although Pele didn’t cheat on his second wife, their marriage gradually came to an end in 2008. 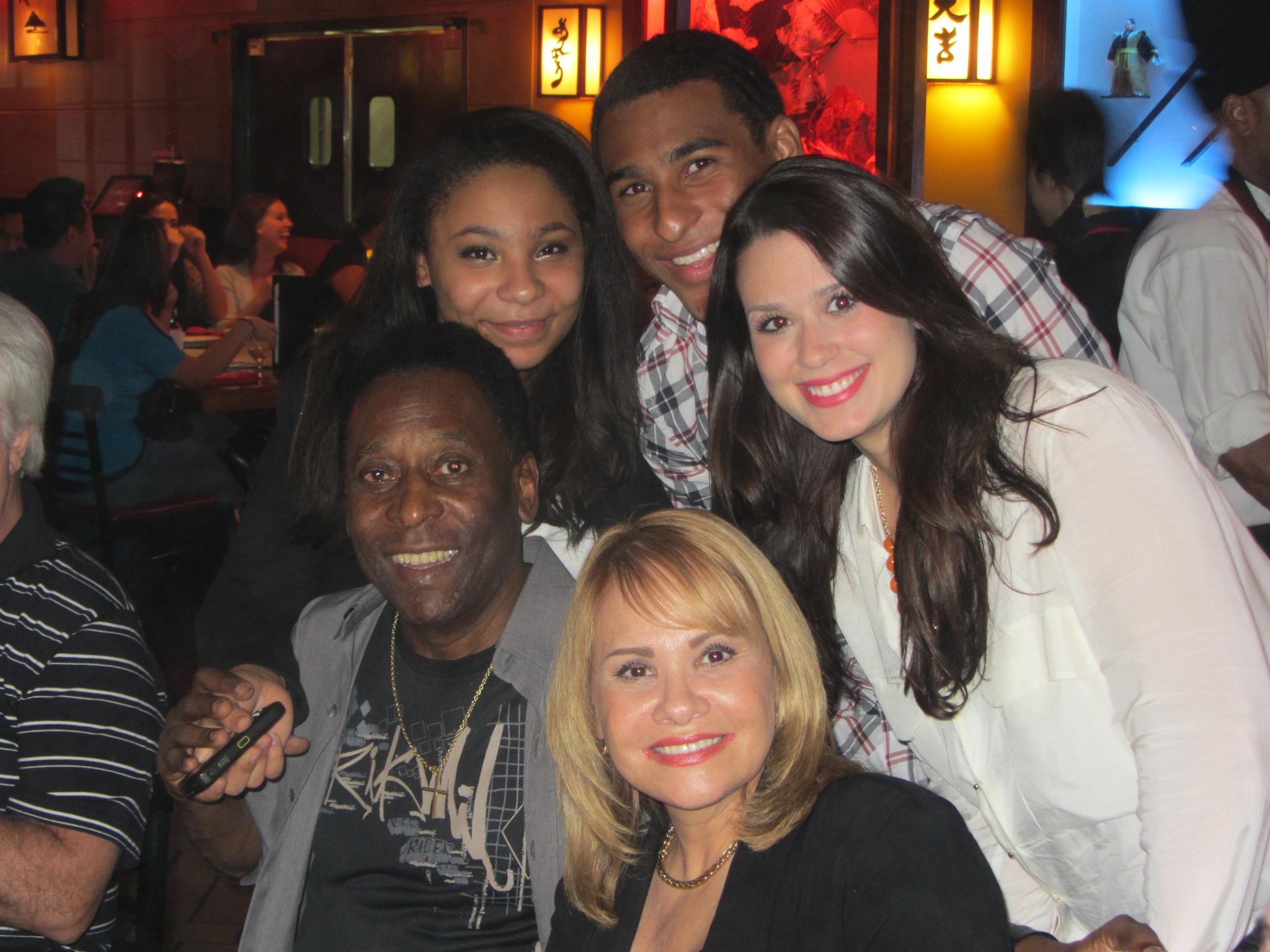 Pele’s second wife worked as Christian Recording Artist. She is a Florida Bible College graduate. The woman was born in Recife, Brazil. Currently, she lives in Orlando, Florida. As of 2022, Assíria is single. 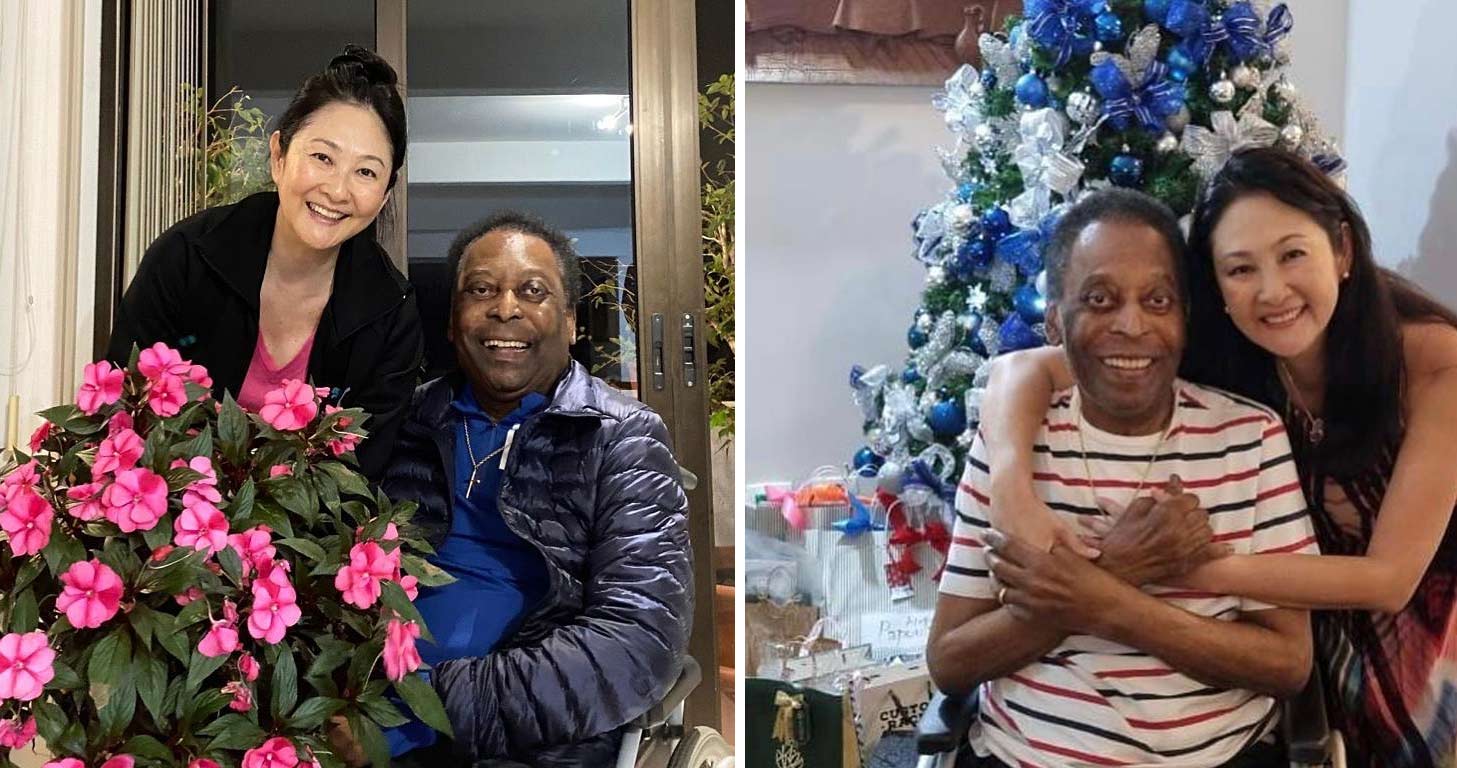 Marcia is Pele’s third wife. They got acquainted in the 1980s but started dating in 2010 when occasionally met in Sao Paulo. They made their relationships official in July 2016.

Marcia is a medical equipment supplier. She is of Japanese-Brazilian ethnicity. Marcia maintains warm relationships with Pele’s kids from previous relationships. She cared a lot about her husband when he was diagnosed with bowel cancer and taken to a hospital. 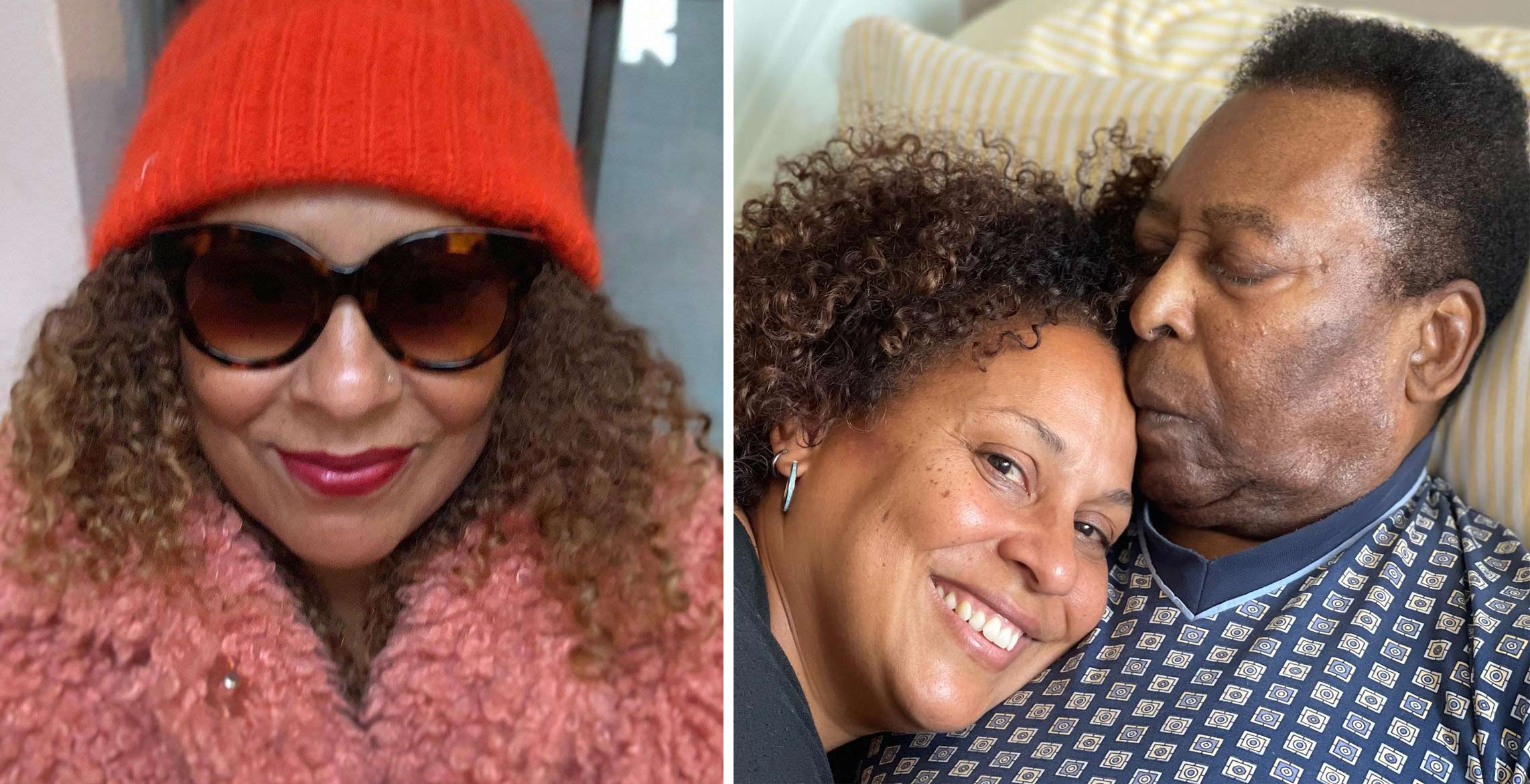 Kelly is Pele’s oldest child. She was born the year after he got married to Rosi Cholbi. Her parents separated when she was just 8 years old. Since that time she mostly lived with his mom and siblings in New York and just came to visit her father in Brazil during vacations.

Kelly Cristina Nascimento is an active woman. Her career is still in an active phase. She is a public speaker, storyteller, and sports diplomat.

The woman was married to a pulmonologist Arthur John DeLuca. They are separated as of now. She is the mother of 4 kids: Malcolm, Ruby, Enzo, and Ella. 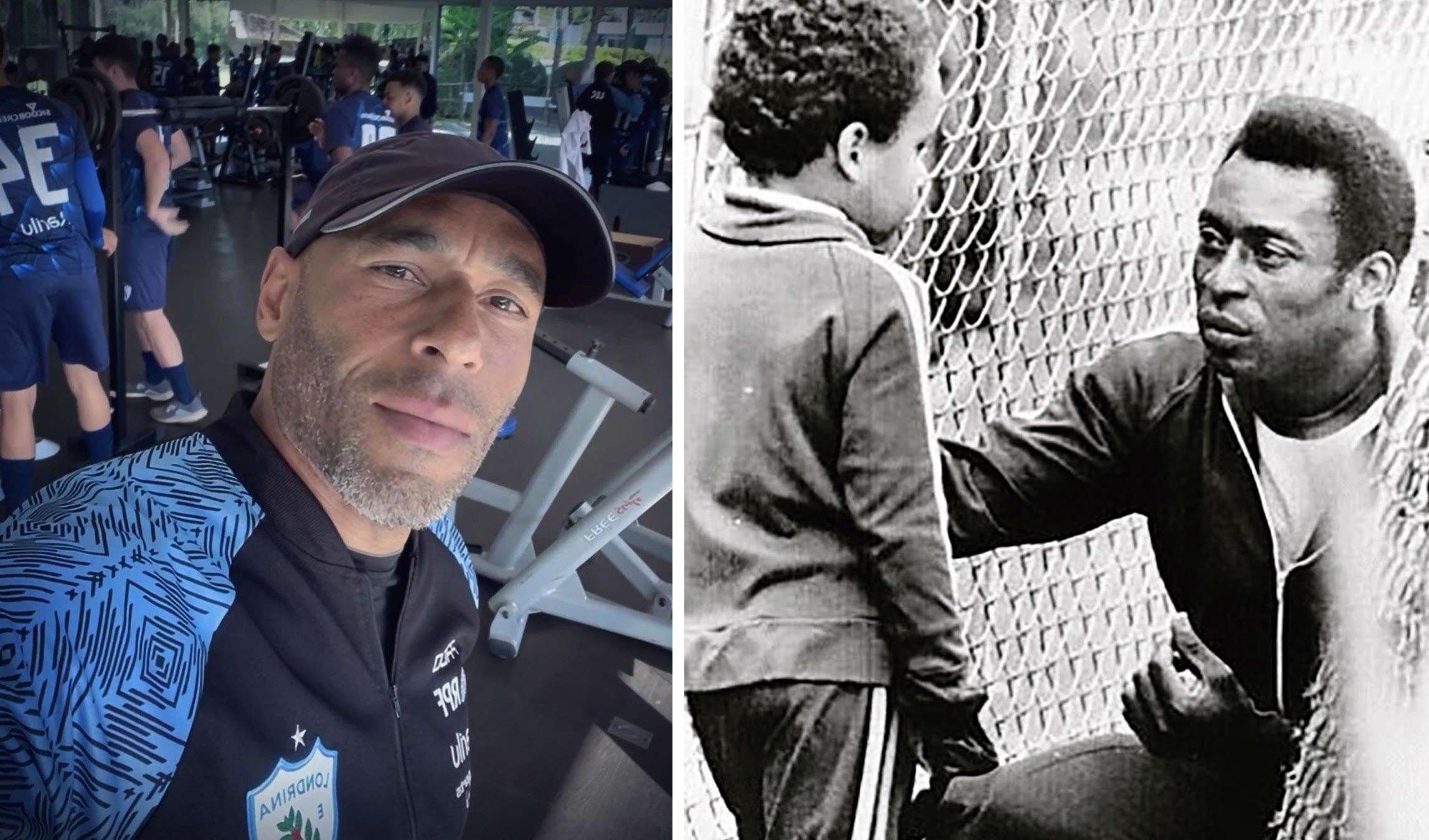 Edson Cholbi do Nascimento, widely known as Edinho, is Pele’s son of his first wife Rosi.

One day his dad introduced him to football, and Edinho understood that it was his cup of tea. The teenager Edinho decided to become a goalkeeper, as he worked with his hands better than with his legs”.

His father Pele was the King of Football. As his son, Edinho was nicknamed “Prince”, and that moniker annoyed him a lot.

During his career as a football player, he performed for such clubs as “Portuguesa Santista”, “São Caetano”, and “Ponte Preta”. He became runner-up with Santos. Probably, that was the peak of his football career. In 1999 he retired and started working as a coach.

In 2005 the police arrested him for drug trafficking and money laundering in Baixada Santista. Policemen taped his phone conversation with Ronaldo Duarte, the son of a former Santos member, who was suspected of drug dealing. Edinho was on friendly terms with Ronaldo. He was accused of drug trafficking, too, and sentenced to 33 years of prison. Later that term was shortened, and in 2019 Edinho got an open regime.

He still insists that he didn’t commit the crimes he was accused of. Edinho lives a simple lifestyle. He even doesn’t own a car. He lives with his fiancée and raises 2 daughters with her. The ex-football player is making a career as a coach now. He trains boys from Londrina FC. 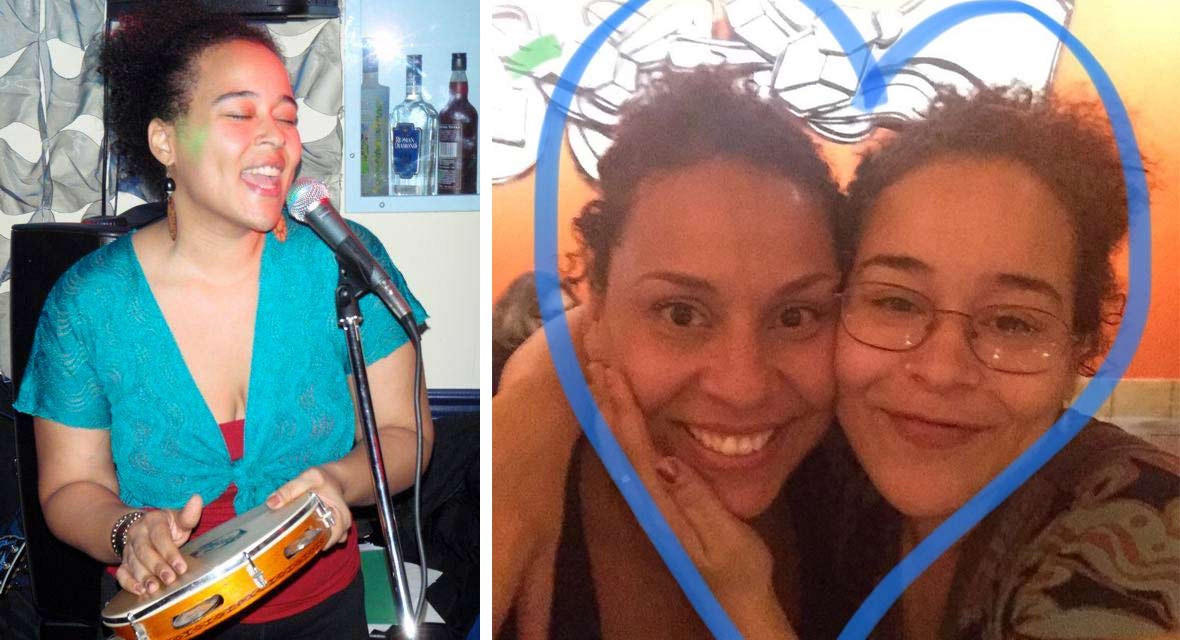 Jen is Pele’s third child with Rosi. She maintains warm relationships with all her paternal siblings. Jen shares her time between USA and Brazil.

She earns her living as a musician. The woman performs under the name DJ Tia Jenny.

She is also an interpreter and writer. She studied English at Wesleyan University.

During his marriage to Rosi Cholbi, he had an affair with a woman, named Lenita Kurtz. She got pregnant from Pele and in 1968 gave birth to their daughter, named Flavia.

Currently, Flávia Christina Kurtz Nascimento works as a physiotherapist. She reached huge success in her profession and even participated in a morning television show, where she shared secrets about mental health.

Fla is closely knitted with her paternal half-sister Kelly and other half-siblings. She maintains warm relationships with her dad, too.

The story of Sandra Regina Arantes do Nascimento is quite sad. Her mother, Anizia Machado, the housemaid, had an affair with Pele in the 1960s. She gave birth to a daughter Sandra. Pele refused to recognize her as his child even after a DNA test, which proved his paternity.

Sandra was a well-known politician in Santos, São Paulo. She was married to Reverend Felinto and welcomed 2 kids with him. In 2006 she died from cancer.

Joshua Nascimento (one of the twins; son with Assíria Lemos Seixas) 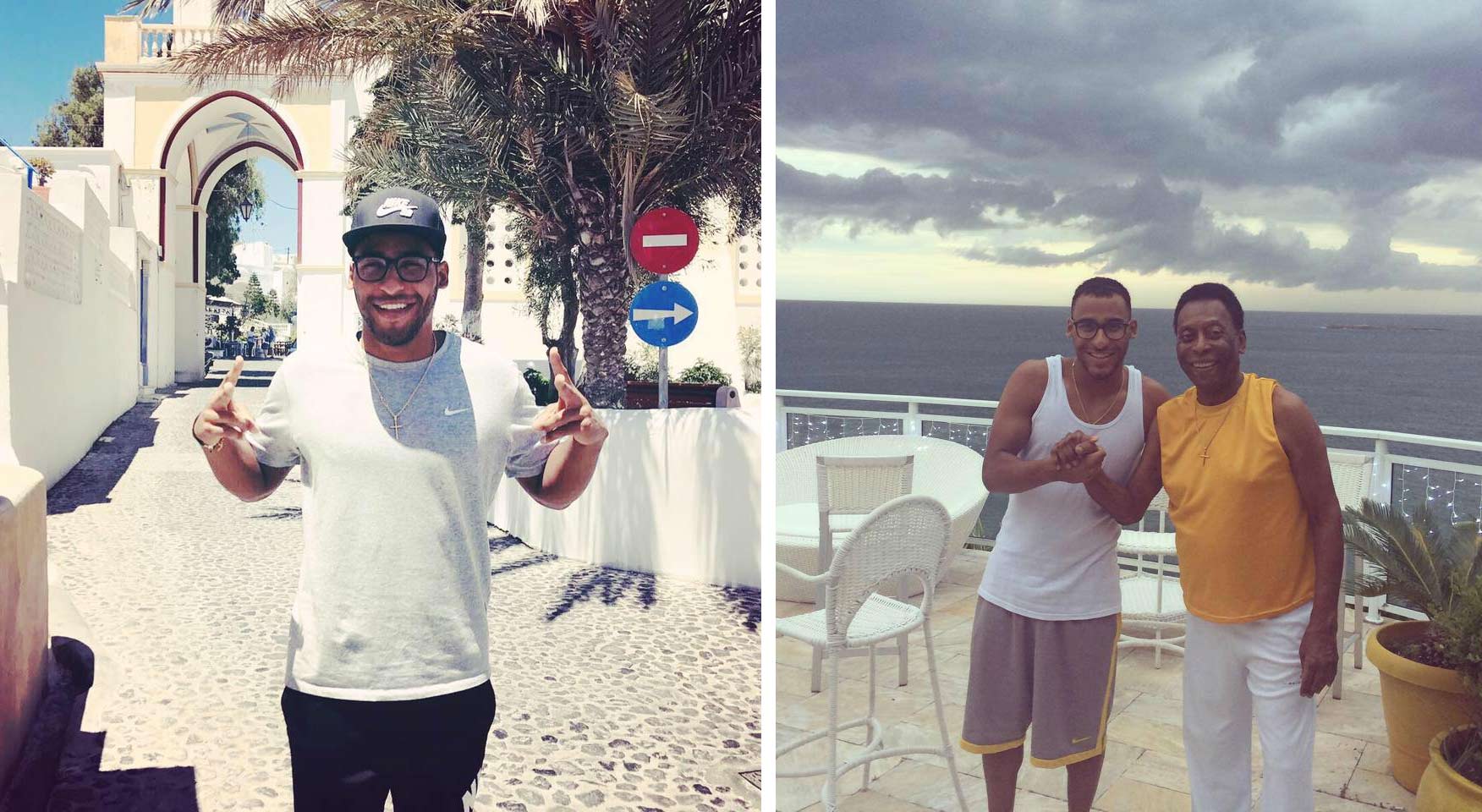 Joshua is Pele’s son from his second marriage to Assíria Lemos Seixas. Like his other siblings, Josh shared his time between USA and Brazil. He is a University of Tampa graduate. The young man also studied at Foundation Academy. Like his father and older brother Edinho, he played for Santos. The young man was in the position of forward. Currently, he is retired from professional football.

Celeste S. A. Nascimento (one of the twins; daughter with Assíria Lemos Seixas)

Celeste S. A. Nascimento is Joshua’s twin. She is another daughter from her father’s marriage to Assíria Lemos Seixas. Like her twin brother, she studied at the University of Tampa. The girl maintains warm relationships with her father and all paternal siblings.

Who are Pele parents?

Many people know Dondinho as Pele’s father. That achievement is the most important in his life, but not the only one. He was a well-known Brazilian soccer player who played as a center-forward.

Despite the fact, that João Ramos do Nascimento was a talented soccer player, his income was extremely low. He worked hard from morning till night to provide his wife Celeste and three kids, Pele himself, Zeca, and Maria Lúcia, with everything necessary.

Dondinho moved his family from one place to another till they finally settled in Bauru, the big southeastern Brazilian city. There little Edson Arantes do Nascimento started playing football. Dondinho was his first coach. Despite their incredible poverty, Edson and his father always found the necessary equipment to play their favorite soccer. Thus, they made Edson’s first ball from socks, tied between one another.

Little Edson played with his father and younger brother Zeca so skillfully, that he was nicknamed Pele. This word comes from “Bilé”, the nickname of the talented goalkeeper from his father’s team.

João Ramos do Nascimento entered this world in Campos Gerais, Brazil. During the years of his football career, he played for several small clubs. The most renowned football club he played for was Clube Atlético Mineiro. But he had a severe injury during the first match, that’s why he was fired. In 1946 Dondinho performed for Bauru Atlético Clube and won the Indoor Championship. After retirement, he earned his living as a hospital cleaner.

During the years of his career, he crossed his ways with many famous soccer players of that time. He was also very proud of his older brother, the football star, who scored 5 goals in one match. But his talented sibling died at the young age of 25.

Dondinho was Pele’s mentor and career manager for years. He was featured in the film “King Pele”, devoted to his son in 1965.

The man passed away in 1996 in Santos, Sao Paulo, Brazil.

Pele was close with his mom, but she preferred to stay out of the limelight. It’s known, that she named her son “Edson” after the scientist and inventor Thomas Edison, who had created the electrical bulb just before Pele’s birth.

She raised 3 kids with her husband Dondinho. She earned her living as a maid and then became a full-time housewife. Pele told in one of his interviews, that his mother was “overprotective”, but due to her care, he managed to become a celebrated soccer player. 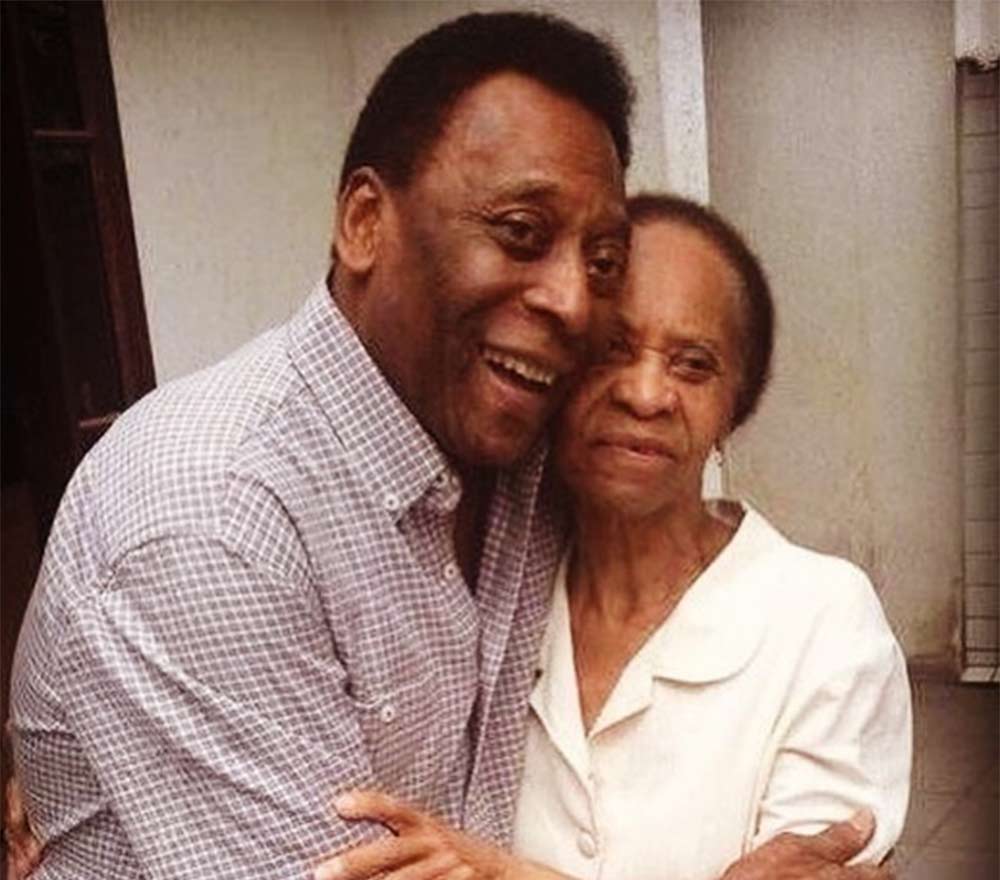 According to Pele’s words, his mother encouraged her kids to do the right things, and till now she is like an angel on his shoulder for him.

Like her husband, she appeared in Pele’s documentary “King Pele” in 1965. 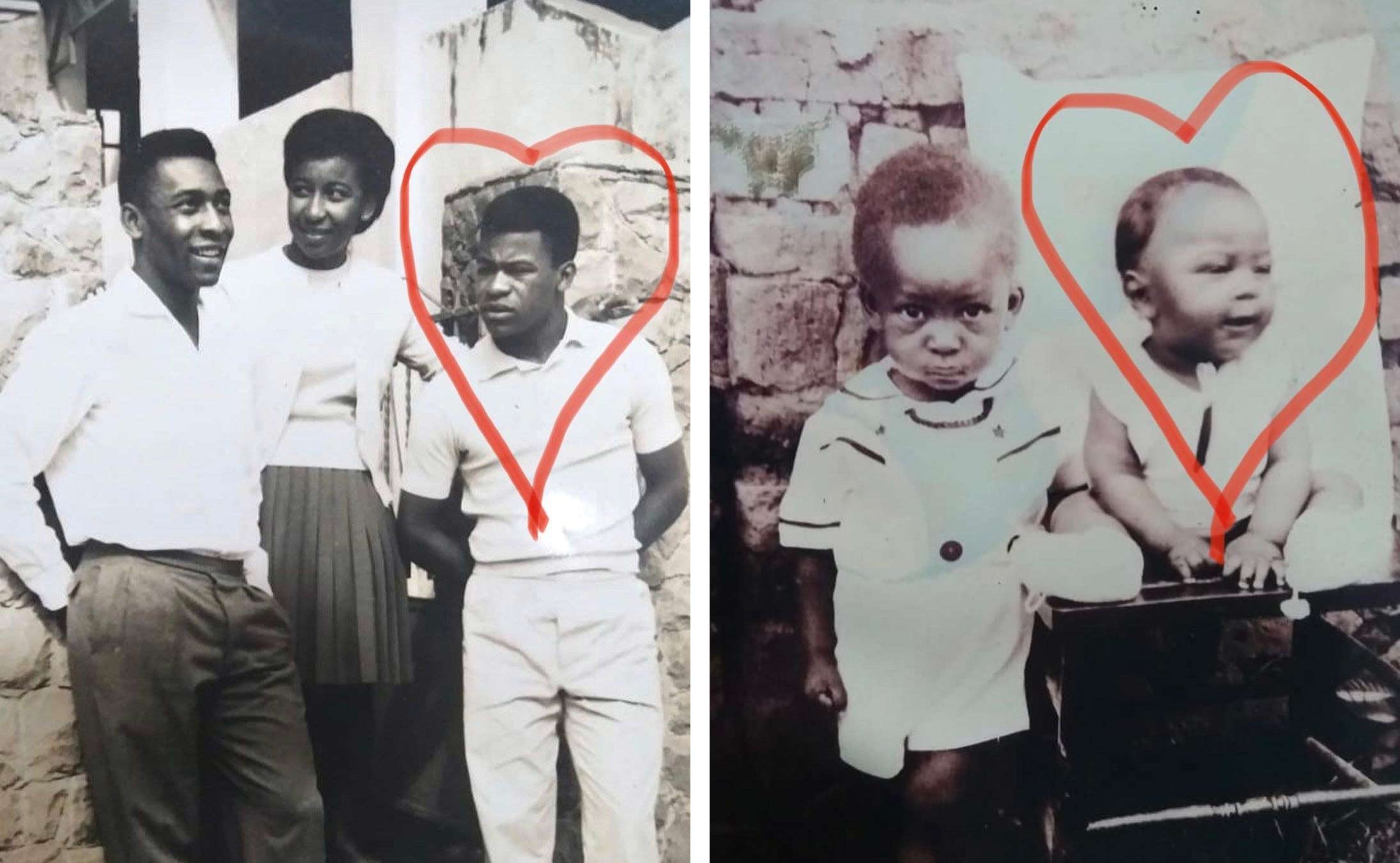 Pele had 2 younger siblings, a brother, and a sister. His brother’s birth name is Jair Arantes do Nascimento, but he was called Zoca by his family members and friends.

In their childhood years, Zoca and Pele played football together. They both were members of Santos FC. Being a strong player, Zoca remained in the shadow of his super-talented brother. That’s why he left his football career and for many years he worked by his brother’s side.

Zoca ran the Pelé business group for years. He was responsible for his brother’s business in São Vicente and New York.  In São Vicente Zoca owned an apartment. He was unmarried. But he had a son, who resided in Rio de Janeiro.

He lost the battle with prostate cancer on March 26, 2020. Pele’s brother passed away in Casa de Saúde hospital in Santos. Unfortunately, the King of Football wasn’t present at his funeral as he was isolated after contact with a COVID patient.

Zoca and Pele had warm close relationships. There was no envy or rivalry between them, as their sister told in her interview in 2017. 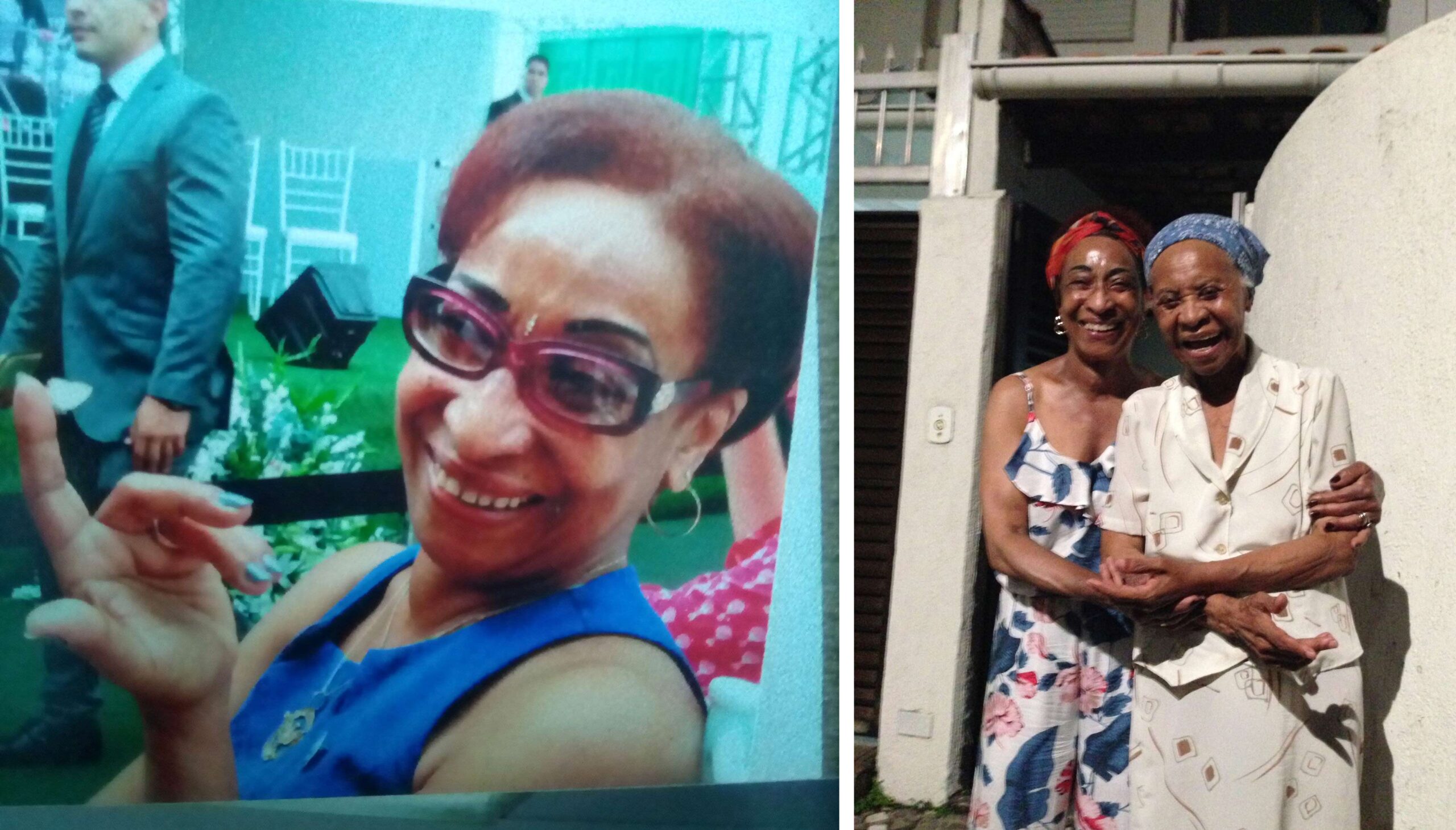 In addition to his brother Zoca, Pele also has a younger sister Mária Lúcia. She got married to her brother’s colleague, the former player of Santos FC Davi Magalhães. She is a business lady and helps her brother Pele with his companies. She runs Pele Comercio LTD, founded in 1978.

Her husband, Davi Magalhães, was born in Sao Paulo in 1944. He played as a forward for various clubs, including “Corinthians”. He also played for “Santos”, the same team as his brother-in-law, Pele. He ended his career as a professional soccer player at the age of 38. Then he worked as a coach. Now Davi works for his brother-in-law’s company in Santos.

Maria and Davi have 3 kids. They have a daughter Daniele Zilli, a lawyer, a daughter Débora Flor, who currently lives in Germany, and son João Paulo Magalhães. João works with his cousin Edinho. 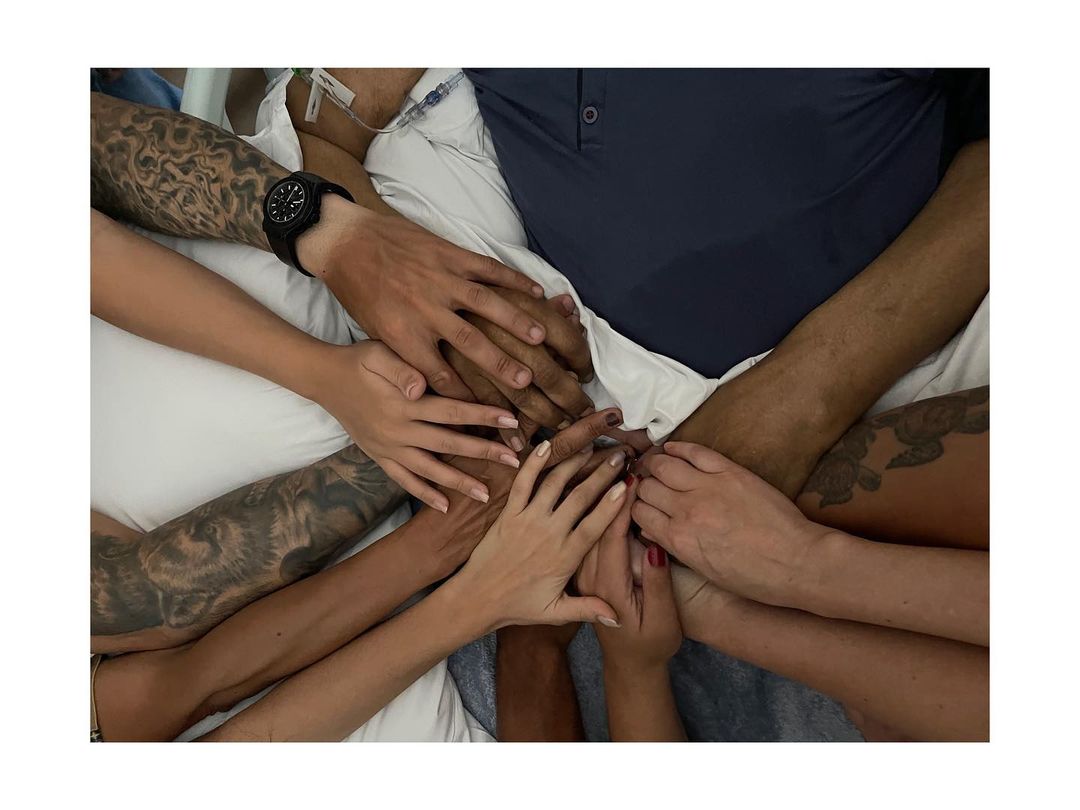 Pele died at the age of 82 in a hospital surrounded by his family members. His death was announced through his Instagram account. Besides, his daughter Kely Nascimento devoted a sweet post to her late father and added a photo of her family members holding their hands over the footballer’s body.