Is Prince Carl Philip a gay/bisexual?

Who is Prince Carl Philip wife?

Prince Carl Philipp, a proud father of 2, tells that he tries to find balance between his royal duties and spending time at home with his family members. Family ties are very important to him. He respects his parents and wants to make this world better for his sons. So, let’s have a look at the closest people of Prince of Sweden. 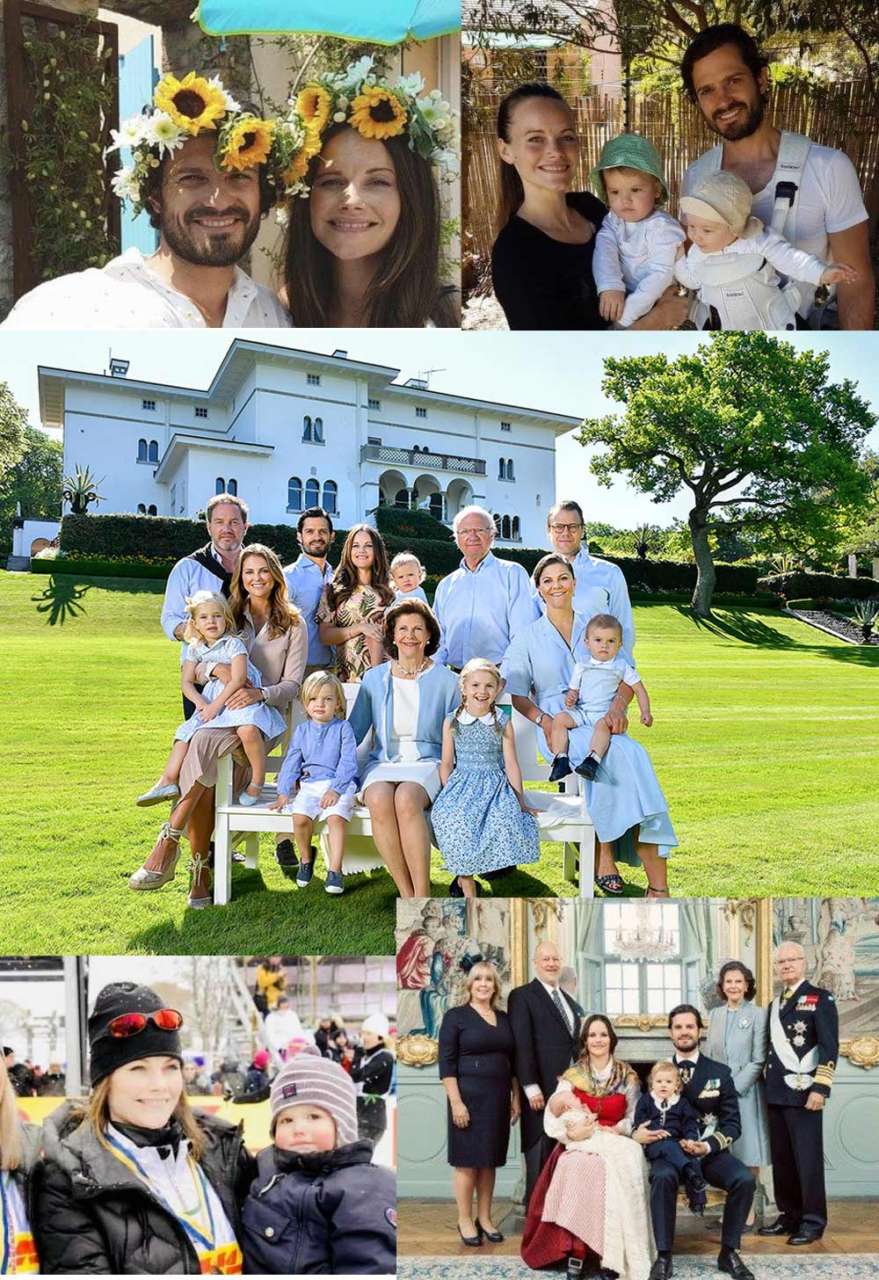 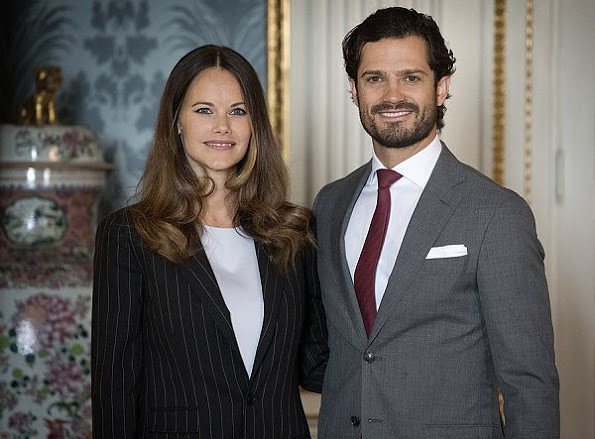 That event got lots of contradictions. Many Swedish people considered Sofia as an inappropriate fiancée for a representative of a royal family. “That’s a disgrace for royals!” Swedish citizens shouted through social media. Nevertheless, Sofia and Prince tied a knot. Their wedding was watched by millions of viewers all over the world. The young Princess couldn’t hide her happy smile. Could she dream in her early years about such a great day in her life?

Born Sofia Kristina Hellqvist spent her young years in Danderyd, Stockholm, Sweden. She was brought up by Marie Rotman, a manager, and Erik Hellqvist, an employment counselor. Except for Sofia, they raised two other daughters.

When the girl reached her 6th age mark, she moved together with her parents and sister to a small Swedish town of Älvdalen. There the future princess attended a local school. After that she studied at Vansbro Education Centre. She majored in arts.

Several years later Sofia changed. She went to New York and studied English there. She got interested in yoga and passed the course for yoga instructors, having got the right to teach it.

She came back from USA, being a completely different person. She founded a charity organization Project Playground to support ill children. In addition, Sofia visited African countries as a volunteer.

In Stockholm she opened a yoga school. The young woman seemed to forget about mistakes of her youth. But each of them was publicized after Prince Carl Philip had fallen in love with her.

They met in 2009 in one of Stockholm night clubs. Prince Carl Philip had just separated from his long-term girlfriend Emma Pernald. He liked stunningly beautiful young yoga instructor. They started dating – secretly, of course. But in 2010 he dared to make their relationship public.

After that Sofia life turned into her personal hell. Journalists posted all her half-naked pics and even found the tape, where she – jokingly – kisses an adult female model Jenna Jameson. “What a shame!” thousands of people wrote through social media.
Representatives of royal family were not ready to let Sofia Hellqvist enter their family circle. But they changed their mind, when knew the girl better and learnt about her charity activity. “I am not proud of my mistakes, but they made me who I am”, Hellqvist announced in press.

In 2014 her Prince proposed her after 4 years of happy respectful relationships. They wedded in one of Stockholm chapels on June 13, 2015. The bride was wearing a purely white classical wedding dress, decorated with hand-made lace. Her husband put on a Navy officer uniform, which is traditional for members of Swedish royal family.

They exchanged vows and continued the happiest day of their life at the party on the island of Skeppsholmen. 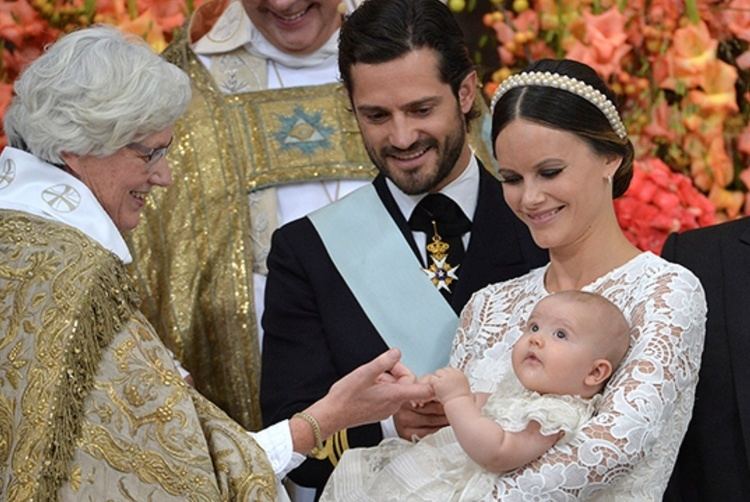 Not long ago Prince Alexander celebrated his second birthday. Lots of people sent him their congratulations through Instagram. He is one of the most popular kids on the planet. But the boy doesn’t think about it. He spends his life like any other kid of his age – plays different games, runs outside and visits his small friends and cousins – Princess Victoria kids Estelle and Oscar. 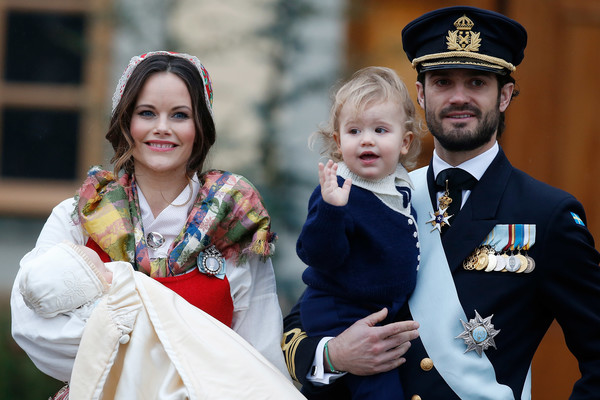 Prince Gabriel was born in the same hospital as his elder brother. At first his parents kept in secret all the information about the baby, including the sex. But later they demonstrated his pics through press and told that they enjoy all the aspects of parenting, including sleepless nights and changing the diapers.

Who are Prince Carl Philip parents? 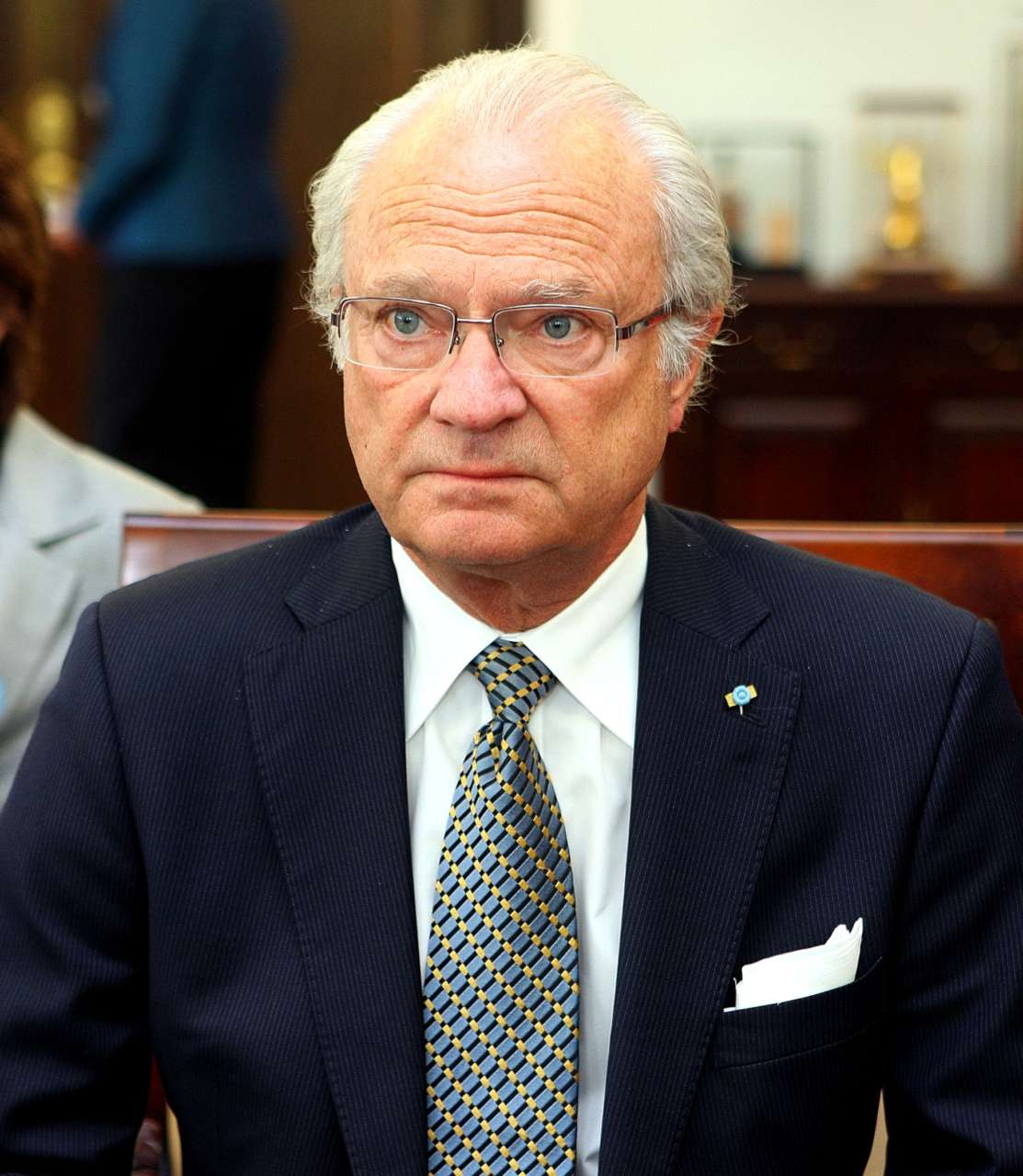 Everyone on the planet knows his face – stern-looking and decorated with neat eye-glasses. King Carl has become popular not only due to his motto – “Sweden with the times”, but also due to his love for parties with naked models (according to Thomas Sjöberg book “Carl XVI Gustaf – The Reluctant Monarch”).

King Carl XVI is considered as the longest-reigning monarch in the world. He inherited the throne from his grandfather King Gustaf in September 15, 1973. To that year Carl XVI has already finished his education at Stockholm University and even served in the Royal Swedish Army.

Having occupied the throne, he began to fulfill duties of the King of Sweden.

Starting from 1974, king duties include ceremonial and representational functions. He opens the first meeting of the newly elected Parliament, accepts VIP foreign guests, and occupies the leading posts in Swedish Army and Navy etc. In addition, King Carl is interested in development of agriculture and environment protection.

He has been married to Silvia Sommerlath (Queen Silvia) since June 19, 1976. Except for Prince Carl Philip, they have two daughters – Princess Victoria and Princess Madeleine. 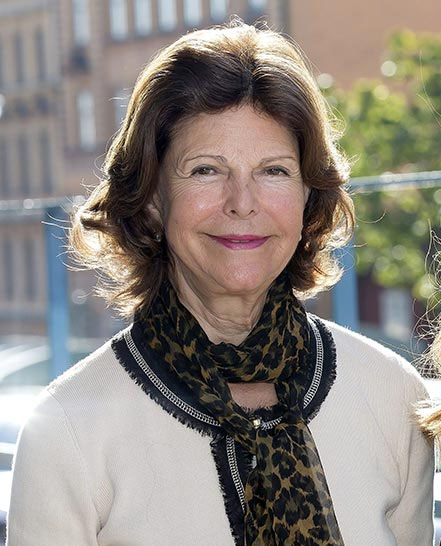 Silvia Renate Sommerlath till now has a slim silhouette and an elegant beautiful face. She seems to be born to become a royal, but in her young years the girl had no idea, that she would become the longest reigning queen in Sweden.

Silvia was born in Heidelberg, Germany to a German father and Brazilian mother. That’s why she shared her time between these two countries in her young years. Her father was a rich businessman, the president of the Swedish company Uddeholm (its Brazilian subsidiary). Her mother was a homemaker. They brought up 4 kids – Silvia has three elder brothers.

The future Queen started her education in Brazil, where she attended Colégio Visconde de Porto Seguro (a school) and then their family moved to Germany, where Silvia studied at school of Düsseldorf and then continued her education at the Munich School of Interpreting.

Silvia started to earn her living as an interpreter at the Argentinean Consulate. She met her future husband through her job. Both were present at the sports event, where then-Prince Carl came to support athletes from Sweden. They started dating and got engaged four years later after the first meeting, on March 12, 1976. Two months later they wedded.

Currently Queen fulfills her royal duties with pleasure. She attends sports and social events, runs a charity organization. But her main work is her work of a mother. 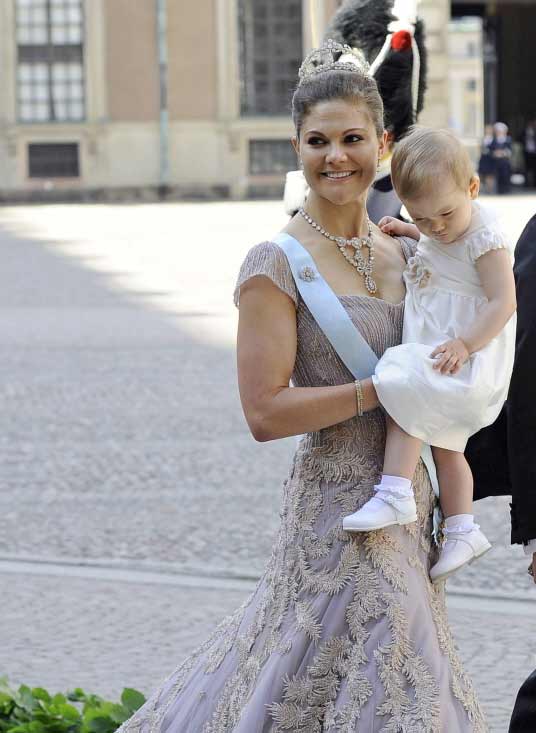 Victoria Ingrid Alice Désirée is the first in the line to the throne. She will become the Queen of Sweden after her father’s leaving. She is also the older sister of Prince Carl Philip.

The girl is the first kid of two noble and beautiful people – King Carl and Queen Silvia. She saw the world for the first time at the Karolinska University Hospital (Stockholm). Her godfather is the reigning king of Norway, Harald V.

Princess Victoria studied at the Université Catholique de l’Ouest in France. In late 1990s she resided in USA and attended Yale University.

As for now, Princess Victoria resides in Haga Palace (the house, where her father was born) with her husband Prince Daniel. They tied a knot on June 19, 2010. Princess Victoria is a mother of two kids. Her son is Prince Oscar (born in 2016). Her brother Prince Carl Philip is the godfather of her daughter – Princess Estelle (born in 2012). 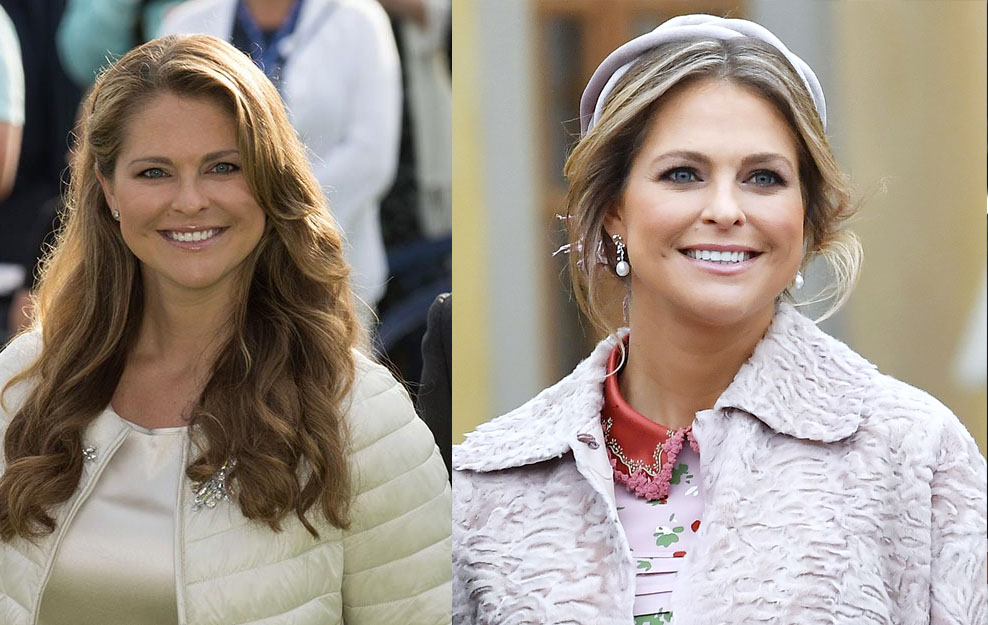 Madeleine Thérèse Amelie Josephine (yes, she has such a long name!) is the youngest kid in the royal family. She is three years younger than her brother Prince Carl Philip.

Princess Madeleine was born in Drottningholm Palace. She graduated from prestigious Enskilda Gymnasiet in Stockholm. Princess continued her education at the Stockholm University, where she studied the history of art.

Prince Carl Philip of Sweden is the fourth contender to the throne. Previously, he was the first one as he is the only son of King Carl and Queen Silvia. But after adoption of Primogeniture law, he has become the second one (after his elder sister), as this law makes the rights for succession to the throne equal for boys and girls. After the borth of his niece and nephew, he has become the fourth.

Prince Carl Philip spent his young years in Stockholm Palace (Sweden). While growing up, he changed a number of schools. Having coped with basic education, Prince entered the Rhode Island School, where specialized in graphic design. He continued his education at the Swedish University of Agricultural Sciences, where he majored in management.

Nowadays Prince Carl Philip shares his time between his official duties (when his father and older sister are away, he is appointed the main representative of the royal family at various events) and his outdoor activities. Prince is a big lover of outdoor kinds of sports, including sailing and football.