Is Quavo (Migos) a gay/bisexual?

What is Quavo (Migos) marital status?

Who are Quavo (Migos) parents?

As the rapper told in his interview with Rolling Stone magazine, Quavo’s father died when he was 5 or 6 years old (he doesn’t remember it exactly). 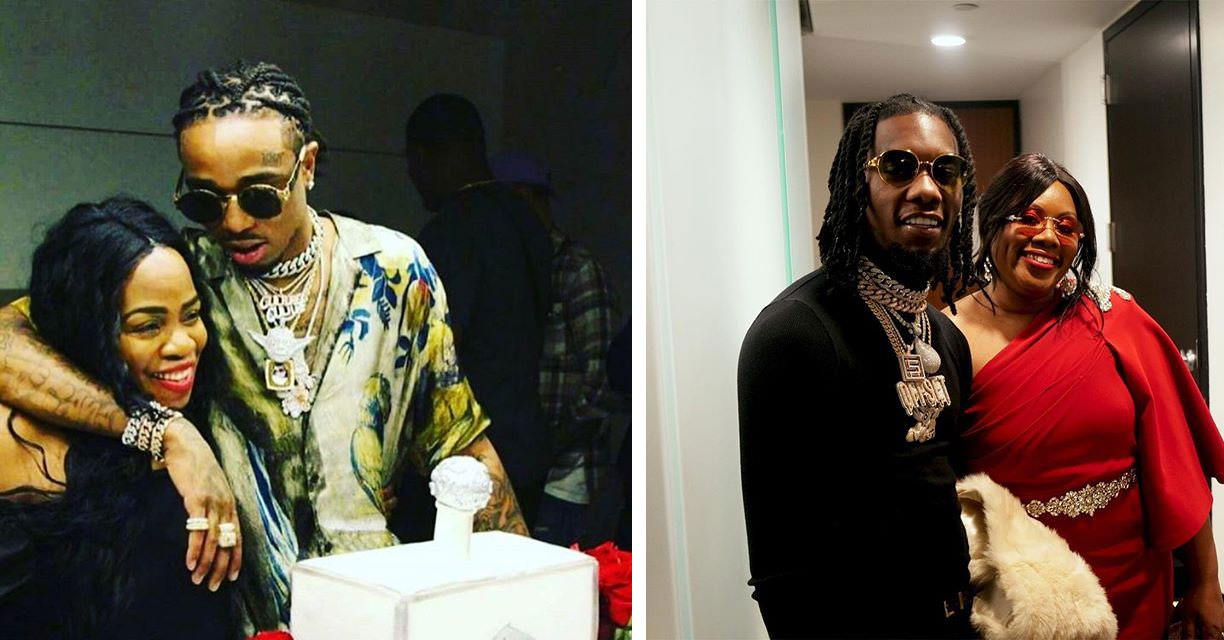 She is an important figure in his life, his inspiration, and his role model. The woman raised three kids and several grandchildren by herself. She earned her living as a beautician. Takeoff – another member of “Migos” – is her grandson.

Quavo maintains a warm relationship with his mother. He showers her with expensive gifts, like a new mansion for Christmas, a new classy car for a birthday, and a golden chain with the words “Mama Huncho”. She is named in the press as “Mama Quavo”, too.

In fact, Quavo shared the price of £1 million, which he spent on a new mansion for Edna, with his nephew Takeoff. They recorded Mrs. Marshall’s reaction when she saw the mansion. She couldn’t control her emotions and scream.

At the same time, not all rapper’s fans can understand his too-close relationship with his momma. They say Edna treats her son, like her man, because most part of her life she was single. And that’s not right, as they say.

Edna is the daughter of the late Jennie and George Mattox. She grew up with 3 sisters and a brother. Edna had 2 daughters and a son Quavo with Mr. Marshall. Her husband died and since then she was officially single. When Quavo was a high school pupil, she moved her family from Athens, GA to Lawrenceville, GA. The family lived in a small subsidized house. They say Quavo always was Edna’s favorite. Her daughters used to tell, that their mother forgave her beloved son for almost everything.

Till now Edna and Quavo are very close. She dreams to see him married and with kids. Very often she gives pieces of advice to his girlfriends on how to build strong relationships with him. But they never follow her recommendations.

Older Half-Brother from Paternal Side

Quavo has an older brother from the paternal side, whom he had never met in person. His mother told the future rap star about his older sibling. Later Quavo tried to find him. He believed that the man, named Willie Bands, whom he found on social media, was his lost brother. Till now Willie supervises Quavo on tours.

She is Quavo’s older sister and late Takeoff’s mother. Read about her in “Takeoff (Migos)”. 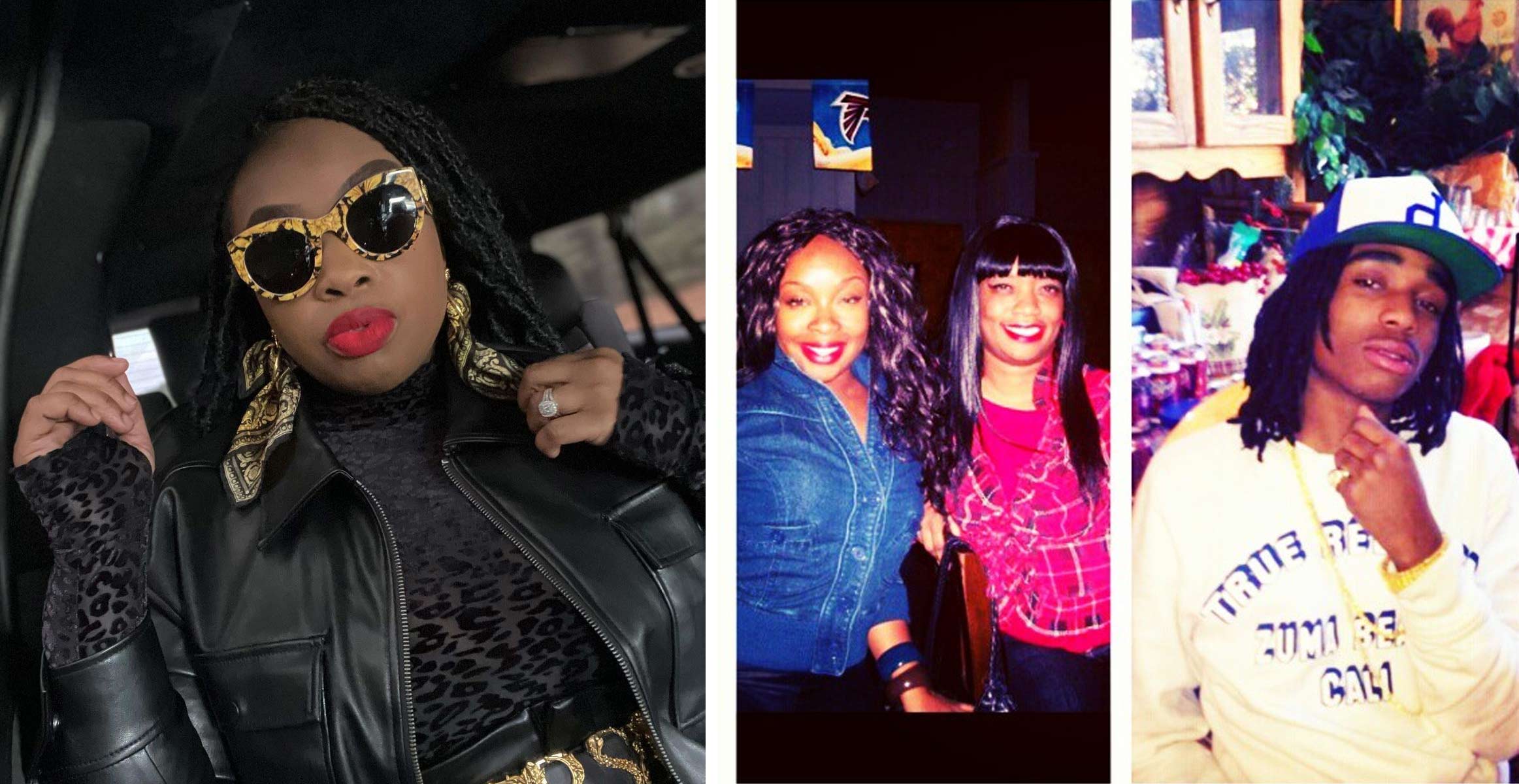 Quavo’s second oldest sister is named Kashara Cherylle Marshall. She was born in Athens, Georgia. The girl studied at Cedar Shoals High School. She fell in love with her best friend Jay Reed, 5 years older, and then got married to him. They have 3 daughters: Jayda, Jayme, and Jayce.

Shara is very close with her brother Quavo. She also maintained warm relationships with her famous nephew Kirshnik, widely known as the rapper Takeoff, who was tragically killed in November 2022. 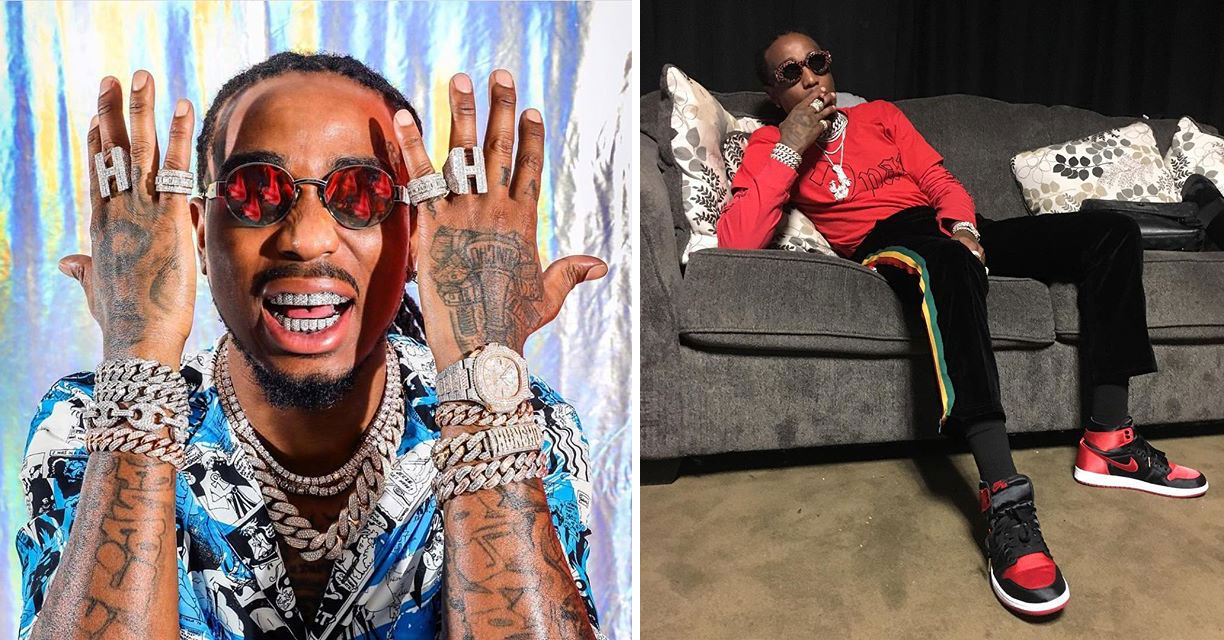 Quavo rose to fame as the member of a band “Migos”, which produces hip-hop and trap music. All the band members are relatives. One of them – Offset – is his cousin and the other one – Takeoff – is his nephew. Journalists name Quavo as the leading member of the band, who communicates with the press, who is more recognizable than the others and who is the oldest one.

As for now, the rapper is busy with solo projects. He has already released the debut studio album “Quavo Huncho”, which occupied the second position in Billboard Hot 100 on the second week after its release.

His real name is Quavious Keyate Marshall. The musician spent his young years in Gwinnett County, GA. While growing up, he spent a lot of time in the company of Offset (Kiari) and Takeoff (Kirshnik), because three of them were raised by the hip-hop artist’s mother, while the parents of his relatives were at work.

He attended Berkmar High School and was an active member of the school football team. But the man didn’t play during the eighth-class year, because his mother was ill.

Gradually, Quavo developed a high interest in music. In 2008 he formed the band “Migos” together with his two relatives. The band was catapulted to stardom in 2013 after the presentation of their single “Versace”.

At the present moment, his band is considered as one of the brightest at the modern rap arena. Quavo is known by collaborations with many famous artists, like Iggy Azalea, Camila Cabello, Cardi B, Madonna etc.