Is Riki Lindhome a lesbian/bisexual?

What is Riki Lindhome marital status?

She is an actress, a comedian, and a musician. Surely, you’ve already seen Riki Lindhome in episodes of many popular TV shows and films, such as “The Big Bang Theory”, “Gilmore Girls”, “Million Dollar Baby” etc. Recently, she graced on TV screens of many people all over the world as Dr. Valerie Kinbott in the supernatural mystery series “Wednesday”. How did she manage to get the main role in such a great project? What family does she have? 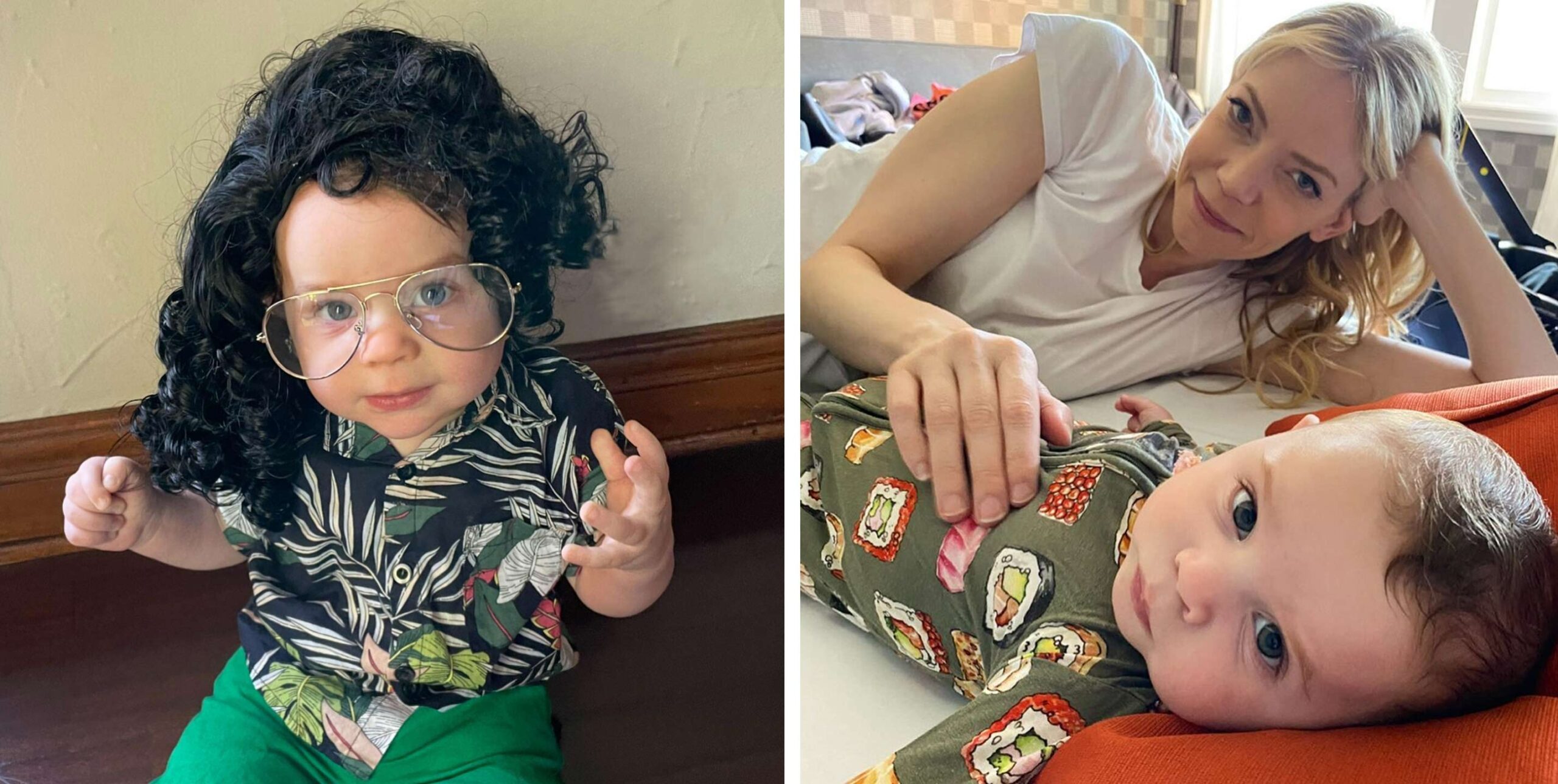 Riki welcomed her first and only child on March 5, 2022. She eagerly shares the pictures of her baby boy through Instagram but hadn’t shared his name yet. Nevertheless, the standup comedian enjoys her motherhood. The name of the baby’s father is undisclosed, too.

Who are Riki Lindhome parents?

Riki loves her father so much and she considers him the best dad ever. At the same time, she mentioned in one of her interviews that her parents are far from acting and singing activities and don’t even know, what she is doing all day long.

Her father’s name is Richard Scott Lindhome. He grew up in Pennsylvania. Rick is a son of Richard Lindhome and Muriel Hazlett. He has a sister Barbara and a brother James (who died in 2016).

For more than 4 decades he has been working as a lawyer. Rick is a Dickinson School of Law graduate.

For years Rick has been married to Cheryl Lindhome. They raised 2 kids – a son Tim and the heroine of our story Riki.

Riki is close to her mother. She congratulates her on each holiday through Instagram. The actress is very thankful to her mom for their cozy home. In her interview, Wednesday star confessed, that she likes to spend Christmas in her parents’ house. The Lindhomes like to play games.

Her mother’s name is Cheryl R. Lindhome. Cheryl is the daughter of Allan I. Roslund and Marilyn Joan McKendry, who came from Canada. Cheryl has a sister Cathy Roslund.

Except for Riki, Cheryl is a mother of a son, named Tim.

Riki has the only sibling – the older brother Timothy Scott Lindhome, or Tim. Like his sister, he is very creative. Previously, Tim was a drummer in the rock band “Navar”.

Currently, Tim lives with his family in Cuba, New York. He is married to Kristie Lindhome. They both work at Penn-York Land Services Corporation.

Tim is the President of this company. In 2001 he came to work at Penn-York Corp after graduation from St. Bonaventure University. He received a bachelor’s degree in finance there.

Riki’s brother turned out to be a talented businessman, who stood behind several lucrative deals, made by the company. In 2010 he became a partner at Penn-York Corp, having bought some equity of the company. Three years later he was appointed as President.

Tim’s wife Kristie is a St. Bonaventure University graduate, too. They crossed ways and fell in love while both were studying at the university. Kristie has a bachelor’s degree in business administration. She started her career at American Express Financial Advisors and then joined her husband at Penn-York Corp as a director of operations.

Tim and Kristie parented 2 kids – a son Henry and a daughter Elsa. Riki is on good terms with her nephew and niece. She shared many videos featuring Elsa on her Instagram, where the niece and her auntie dance and play.

Erika Joan Lindhome was born on March 5, 1979, in the family of Rick and Cheryl Lindhome. She grew up with an older brother Tim.

“I think, I have been performing my whole life, and somehow they started to pay me for that”, the actress told in one of her interviews. Her first paid acting roles were in the episodes of such shows as “Buffy the Vampire Slayer” and “Titus”. Then she did 5 episodes on the hit series “Gilmore Girls”.

Her first big screen movie was the sports drama film “Million Dollar Baby”. She got the role of Mardell Fitzgerald, the screen sister of Hilary Swank. Riki was just 24 when she portrayed Mardell, a single mother, who lived in a trailer in poverty. The debutant at that time, Riki worked with a reputable film director Clint Eastwood and a very talented actress Hilary Swank. The movie won 4 Oscars. That was a great start, but then Riki’s career appeared in a slow phase.

At that time Maxim magazine type of girls was popular, and blue-eyed Riki with a very slim body and innocent look wasn’t in great demand. She visited various auditions, but mostly got roles in commercials or episodes of popular TV series. On auditions, she crossed her ways with another “unformatted” actress Kate Micucci. They became friends and then gradually started working together. They formed the comedy duo “Garfunkel and Oates”. Riki’s comedy alter ego was Garfunkel, while Kate’s one was Oats.

The girls formed the duo in 2007 in Los Angeles. At first, they performed comedy songs and acted out witty dialogues just for fun. Later Riki uploaded the video of their performance on a YouTube channel for her parents to watch. She couldn’t believe her eyes when she saw that people were watching Kate and her show and liked it. Thus, their hobby turned into a full-time job.

The multi-talented performer Riki Lindhome tried her hand as a show creator, too. Riki and her colleague Natasha Leggero created the series “Another Period”, which was on air for 3 seasons.

Recently, the fans got an opportunity to see the beautiful and intelligent Lindhome as a psychologist from “Wednesday”. She skillfully portrayed the doctor, who found the common language with unemotional introvert Wednesday (Jenna Ortega). Riki’s performance was wonderful, and the actress’s fans hope to see her in the next season of the show.