Is Shirley Ballas a lesbian/bisexual?

What is Shirley Ballas marital status?

For many people in the world, Shirley Ballas is an inspiration. Her gracious movements, fast turns, and springing steps make people from different parts of the world freeze in front of the screen. Besides, she is a proud mother of Mark Ballas, a choreographer from “Dancing with the Stars”. We’ve already told you about Mark Ballas, his wife BC Jean, and shortly about his parents here. Now it’s time to speak on Shirley Ballas and the family she comes from. 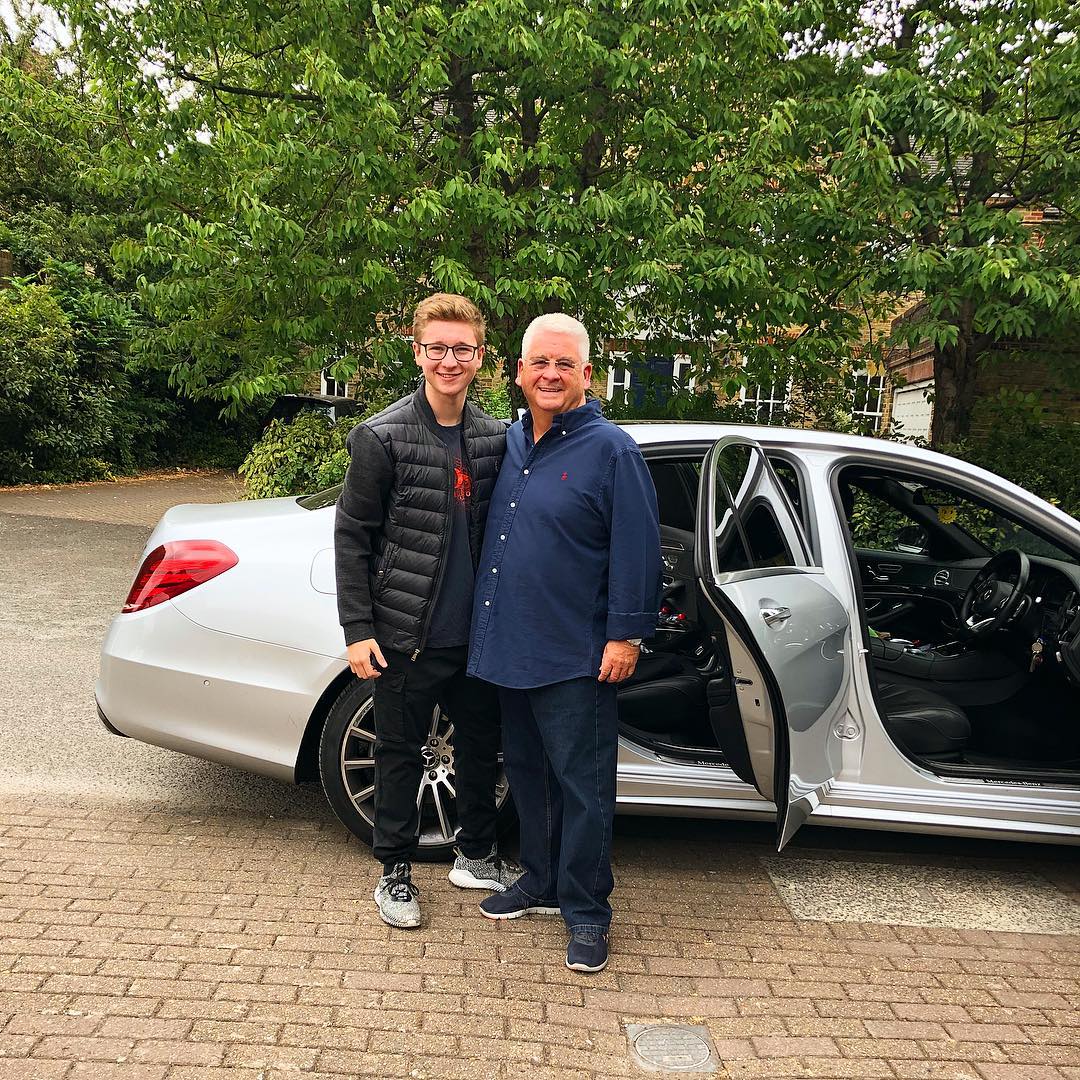 Shirley met Samuel Francis John Stopford when she was dancing with Nigel, her teen partner. They won lots of competitions in England, but that wasn’t the level Shirley was dreaming about. That’s why she was so happy when she met the dancing teacher Sammy Stopford. He was 4 years older than her and he has achieved a lot to the moment of their meeting. He won the All England Professional Latin Championship with his first partner Lyn Aspden. Besides, Sammy owned the dance studio in Wythenshawe.

Shirley confessed that she had to leave her partner Nigel to start dancing with Sammy. He taught her a lot, and with him, she became the best Latin Dancer in the world. With Sammy, she tried her hand like a dance coach for the first time, too.

Shirley Rich and Sammy Stopford tied a knot in 1980. Later Shirley opened up to her fans, that they were united by the passion for dancing. But they were too different as personalities. Sammy preferred to spend evenings at home with a pile of DVDs at a hand. But she liked to go out and meet new people. Occasionally, she met a dancer Corky Ballas. He fell in love with Shirley and put his back in winning her heart. In 1984 she separated from Sammy. They still maintain a friendly relationship.

Barbara and Sammy have a son Sammy Stopford Jr, the famous opera tenor in England. 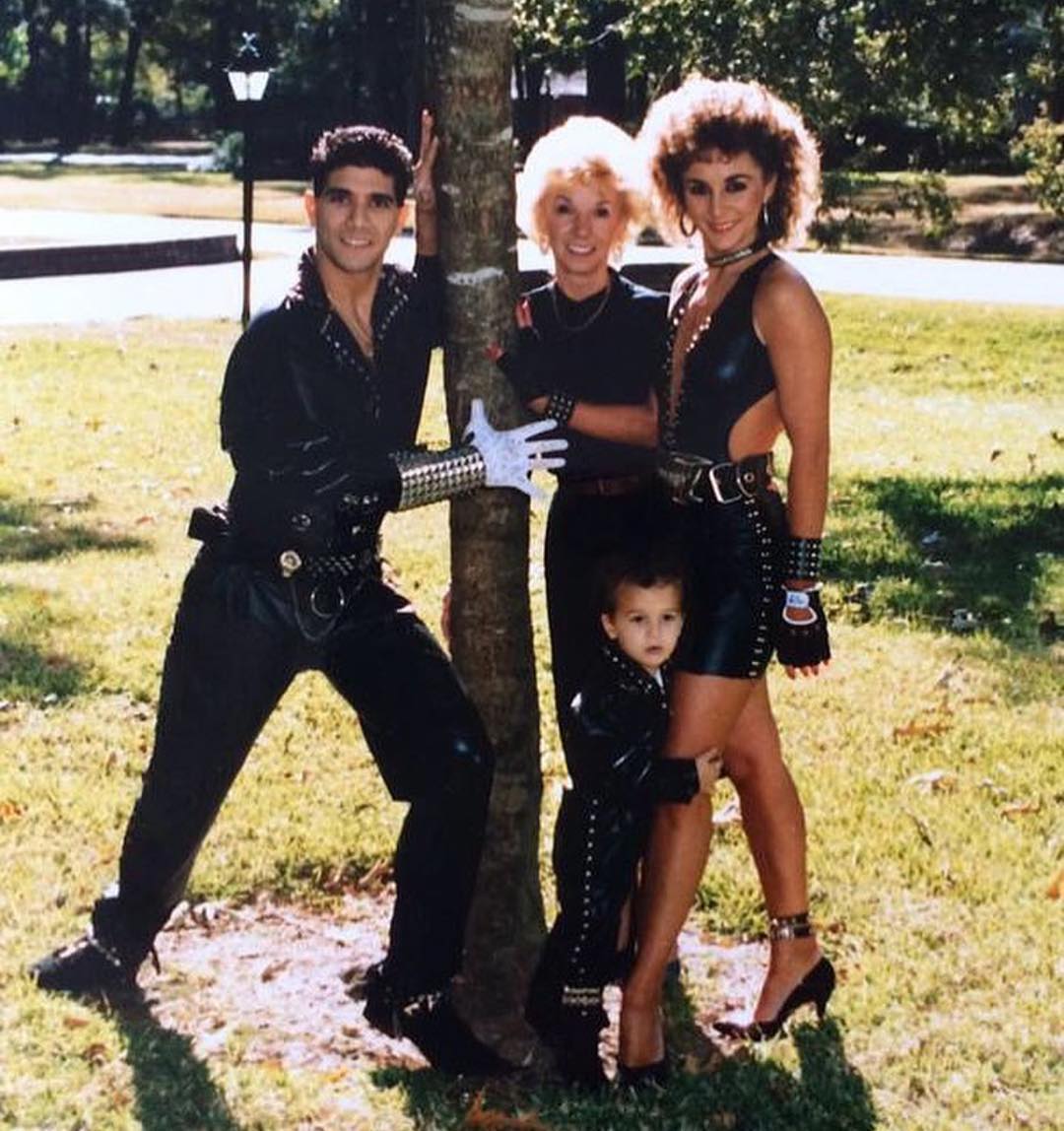 We’ve already told you about Corky Ballas here. The only thing to add is that Shirley described their relationships in her biography “Behind the Sequins”. In that book, she opened up, that Corky wasn’t happy when he knew about her pregnancy as it interrupted their dancing career. Besides, Shirley understood many years later that Corky loved her dancing technique more than her personality.

He was still married to Shirley when he fell in love with Kristina Rihanoff, the ballroom dancer. Corky’s romance with Kristina caused his separation from Shirley. The couple officially divorced in 2007.

The year after that Corky and Kristina ended their relationship. 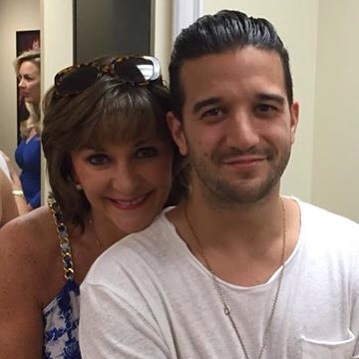 Who are Shirley Ballas parents? 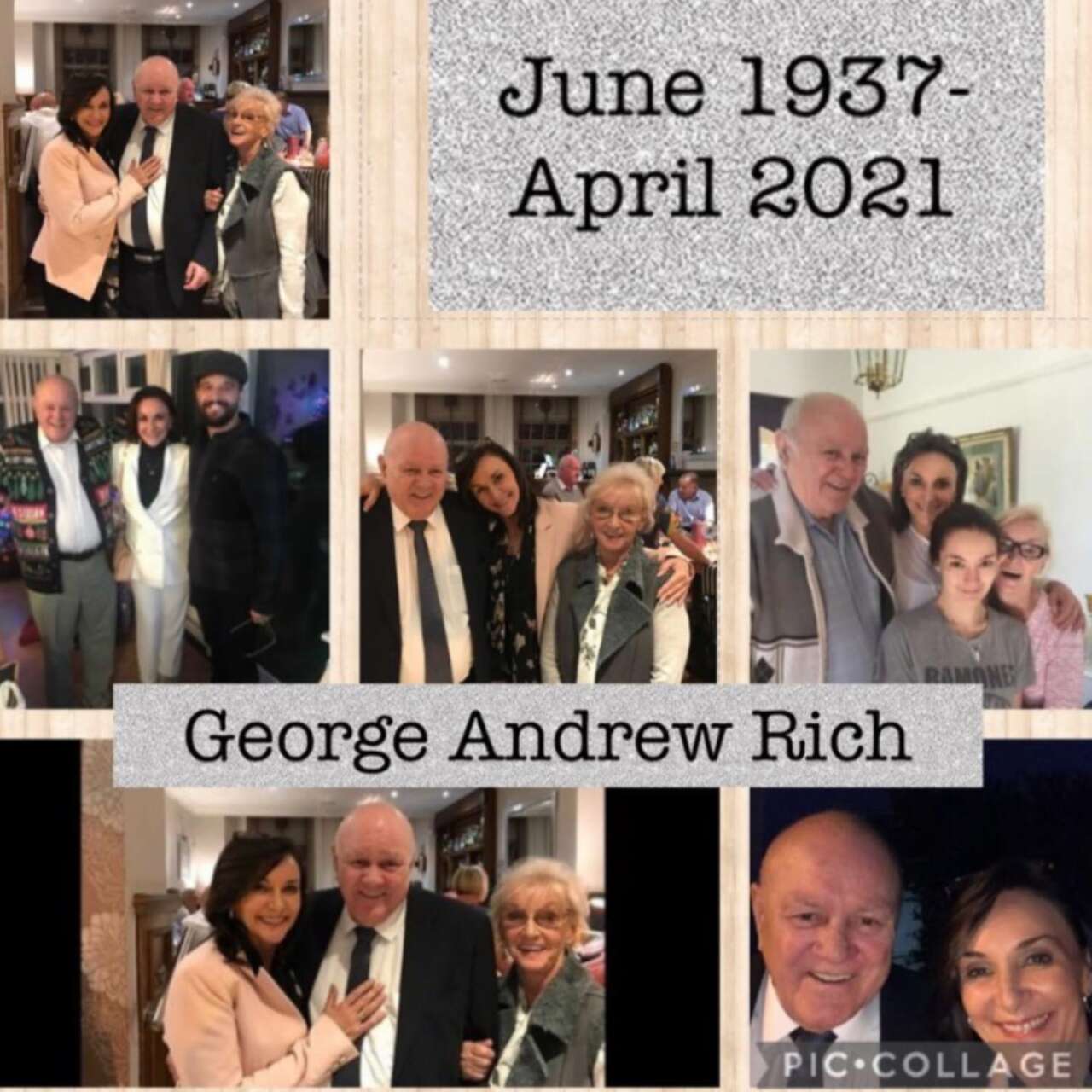 The name of her father is George Andrew Rich, although in the family circle he was often called Andy. In her childhood years, Shirley missed her father, because he was a rare guest in her house. He left her mom when the girl was just two.

Later Shirley told that volatile relationships with her father were the reason for wrong men choices in her life.

Andy Rich came from a troubled family, too. His parents divorced when he was a kid. He grew up with one full sister and two half-siblings from the maternal side. He met Audrey, Shirley’s mother when he was in his late teens. Then, he delivered milk to school, which Audrey used to attend as a pupil.

Later Andy and Shirley’s mother worked together on a bus. He was a conductor and she was a clippie. They gradually fell in love and started dating. That all ended with the marriage and birth of two kids – David and Shirley.

As the dancer confesses in her book, her dad was very unpredictable and often gave empty promises. He changed his jobs very often and always was lack of money. During some period he ran a bar. After his divorce from Shirley’s mother, Andy re-married 3 times. But each marriage was unhappy.

Shirley tells that she missed a strong paternal figure in her life. At the same time, she adds, that she found the strength to forgive her father and to make peace with him. He passed away in spring 2021 from a sudden heart attack. 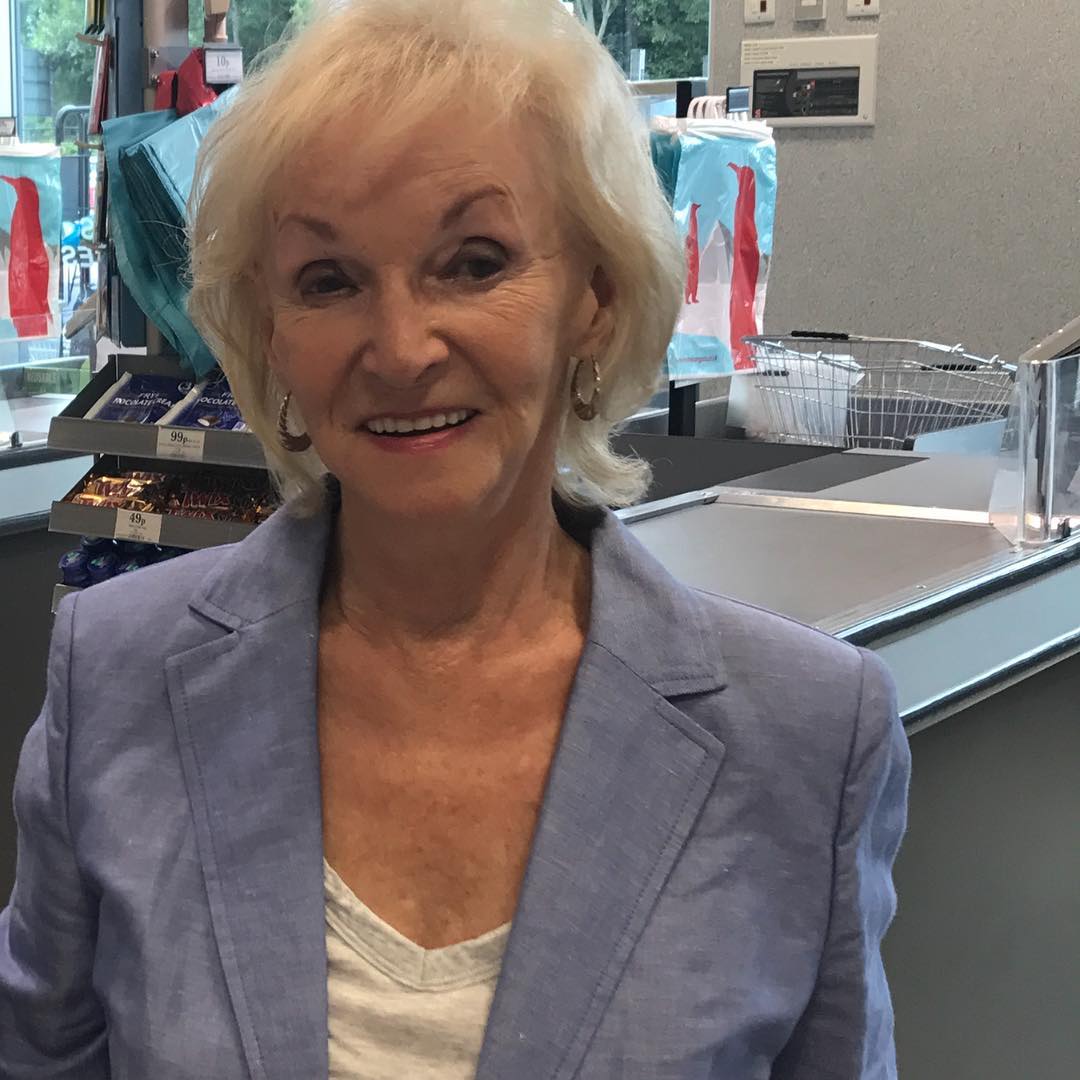 Audrey is a frequent guest on her daughter’s Instagram. She looks great and inspires the ladies from different parts of our planet to look great at any age.

Audrey is the daughter of Frank and Daisy Rich. Frank was a cabinet-maker, while Daisy was a great cook. Daisy grew up on a farm, and Frank’s father owned a dairy shop. They had 5 kids.

Audrey got married at a very early age, but her family life turned to be a nightmare. After her divorce from Andy Rich, she maintained two children by herself. Audrey has always been financially independent. She took any job she could to provide her son and daughter with everything necessary. Later she spent tons of money for Shirley’s dancing classes, stage dresses, and shoes. Audrey worked as a shop girl and as a waitress.

Nowadays, Shirley and her mother are incredibly close. They spend a lot of time together despite the dancer’s busy schedule. 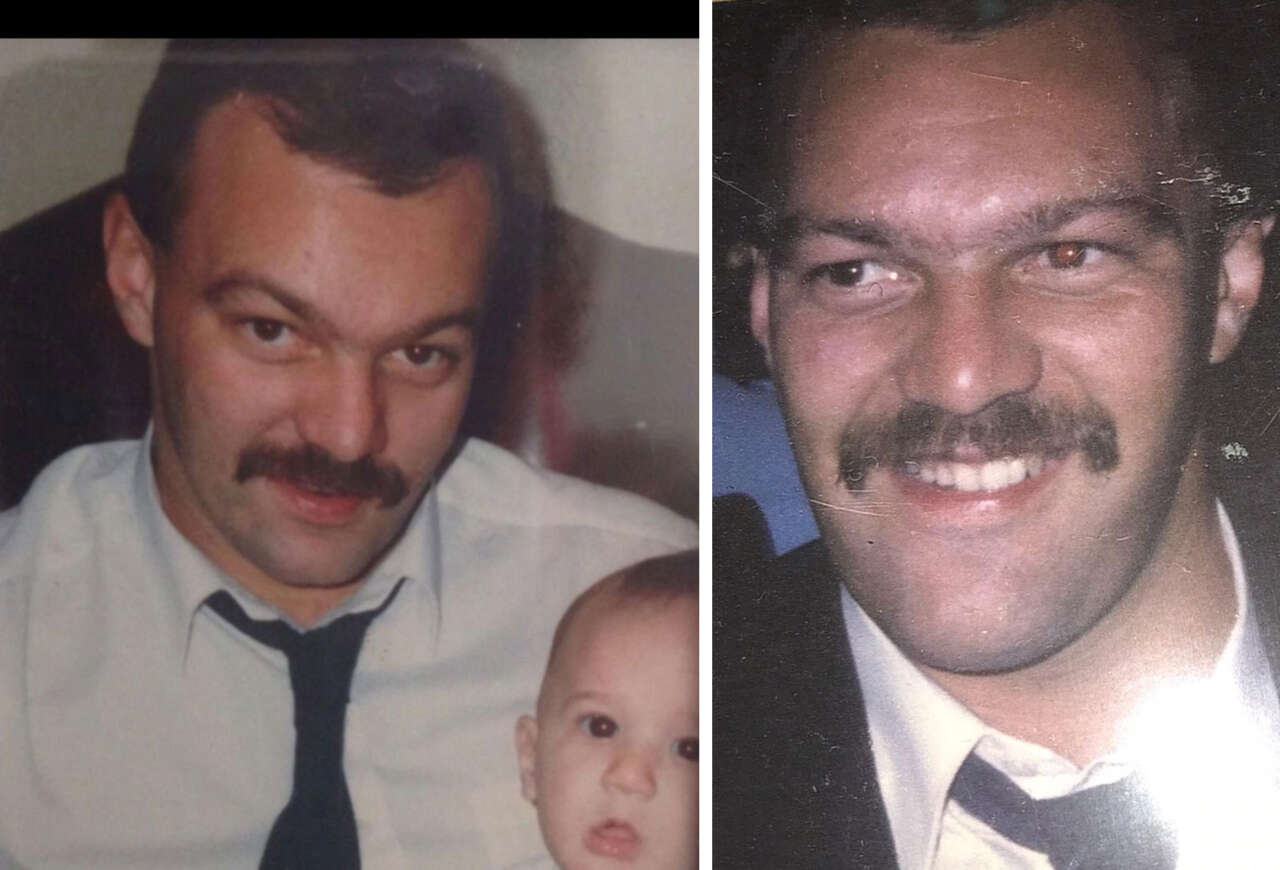 Shirley still misses her only full sibling, a brother David. He committed suicide at the age of 44 after a long battle with depression. In 2010 the dancer and her son Mark created a fund, the aim of which was suicide prevention. Later Mark wrote the song “All For Nothing”, which he devoted to his uncle. David was very close with Mark. He was that person, who participated in his upbringing. Very often David spent time with his nephew as well as with his own daughter.

Shirley has two half-siblings from the paternal side, too. Their names are undisclosed.

Shirley Ballas is not just a perfect dancer, but a TV personality, who has starred on such shows as “Strictly Come Dancing”, “Dancing with the Stars”, “Loose Women”, and others. Nowadays Shirley is nicknamed “The Queen of Latin”, but in her school years, she spent long hours in front of the mirror to achieve a complete perfection of movements. She made a long way from a small girl in Wallasey to a beautiful lady in London. But let’s start from the very beginning.

Shirley Annette Rich entered this world on September 6, 1960, in Highfield maternity Hospital in Wallasey. She spent her childhood years in a big family house, which belonged to her maternal grandfather. The house was always full of people – her mother’s siblings lived there, too.

Shirley took her first dancing class at the age of 7. She fell in love with this activity and that hour at a local dancing club, which belonged to Vic and May Knox, was the best time of the week for her. She was in her late teens when she decided to devote her life to dancing. She partnered with a talented boy, named Nigel Tiffany. He resided in Shipley, and his parents invited Shirley to move to their house and train with Nigel as much as possible. Together, they won lots of competitions.

Shirley’s life changed when she met Sammy Stopford, the talented dancer, and coach. They partnered together and won the International Latin American Dance Championship.

She won another championship with her dance partner and husband Corky Ballas.

Nowadays, in her early 60s, Shirley Ballas remains one of the most skillful dancers in the world. Besides, she is a well-known dancing teacher and TV star. She inspires her fans to swim upstream as she always did.