Is Skai Jackson a lesbian/bisexual?

What is Skai Jackson marital status?

Who are Skai Jackson parents? 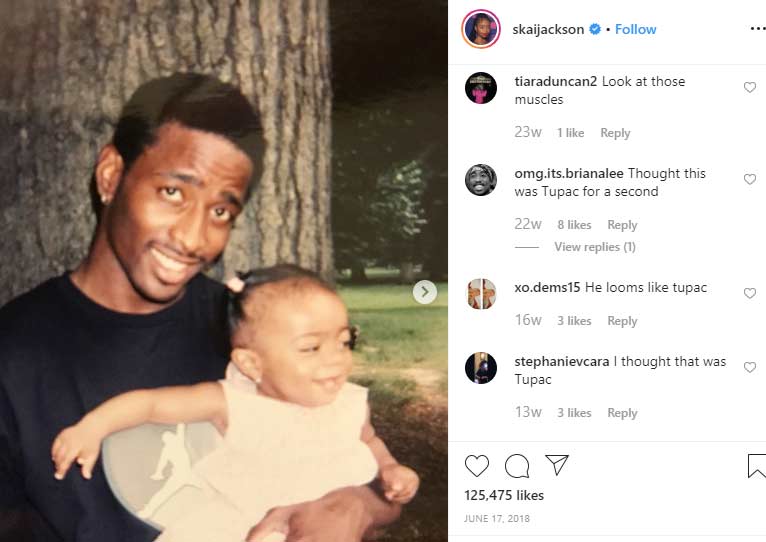 Skai’s parents are divorced, nevertheless, she stays in touch with her daddy. The girl is closely knitted with him and posts their common pictures on Instagram from time to time. As her fans have noticed, Jacob Jackson’s looks resemble the rapper Tupac. But Skai doesn’t give any comments about it. 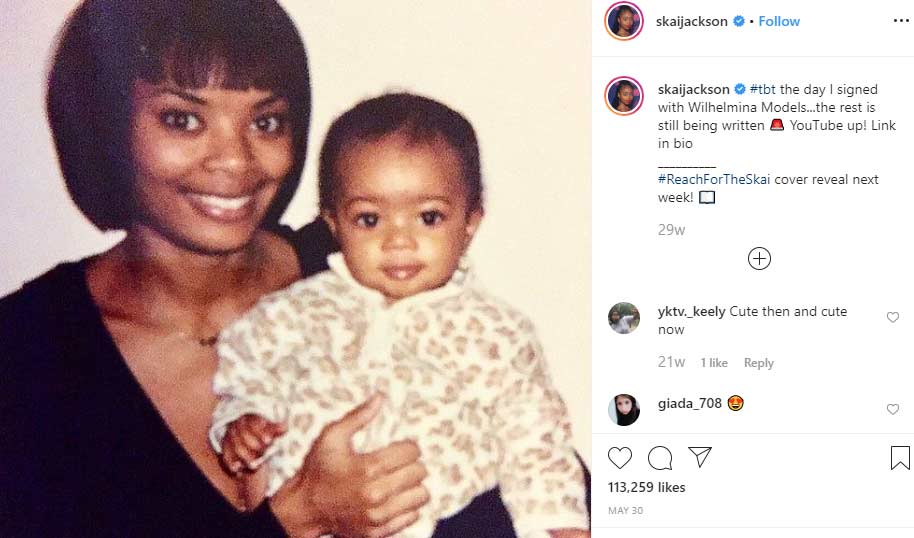 Skai used to tell many times, that her career was possible mostly due to the hard work of her mother. She was just 9 months old, when her mom, Kiya Cole, decided to take her kid to the model agency. The fact is, Kiya’s friends noticed, how cute her baby girl was and advised her to introduce little Skai to the model industry.

Skai had no choice, so she began appearing in front of the camera and soon got very interested in her activity. But she liked acting even more and debuted on the TV screen at the tender age of 9.

Kiya Cole used to work in the post office, but she left it when she became Skai’s career manager. The woman devotes all her free time to her daughter – she answers e-mails and phone calls, attends interviews and film sets with her talented girl. But Skai is in her late teens as of now, and Kiya is not so busy with caring about her. So, she plans to start her own business.

Mrs. Cole is a great mom, and Skai never gets tired to thank her for everything. But some actress’s fans consider her mother a little overprotecting. The same the rapper Azealia Banks said, with whom Skai had an online feud.

On her way for an audition, Skai posted a comment under one of Banks’ posts, where she advised the rapper “to simmer down”. After that Azealia Banks responded in a very rude manner, and Skai’s mother had to interfere. She showed the scandalous rapper the full force of her wrath.

She has two siblings, whose names are not known. 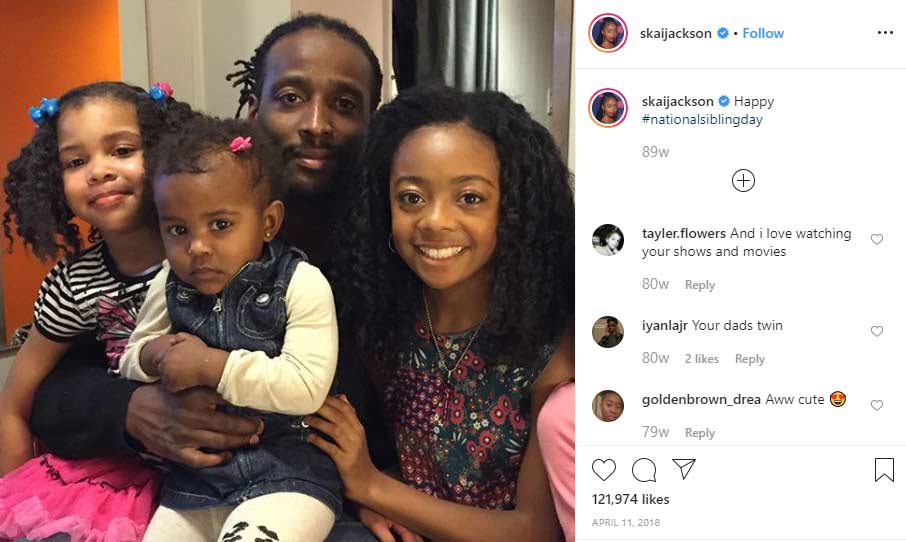 Her radiant eyes and glowing skin have already become the envy of fanboys and fangirls. She is so cute and nice, and it’s really pleasant to watch this fragile girl on the screen. But good looks are not the only Skai’s strong side. The main thing she can boast with is her enormous acting talent.

She decided to become an actress at the tender age of four when she was watching various TV shows. Then little Skai was the fan of “That’s So Raven” show, and she understood that she could play not worth than the actors of these series.

She convinced her parents take her for audition, and soon she was noticed by the producers of Disney channel. Soon she won the role, which made her popular. She was cast as Zuri Ross, one of the main cast in the series “Jessie”. In spite of her young age, Skai understood her character rather well and skillfully depicted her Zuri on the screen. The little girl, who was too smart for her age and was keen on blackmail, soon became the welcomed guest for many people all over the world.

The show was closed after 4 seasons, and Skai moved forward. She appeared as a guest star in the series “Austin & Ally”, did the voice work for the animation film “The Smurfs” and launched the YouTube channel, which boasts with 1 million+ subscribers as of now. She shares her daily routine, skincare secrets and holiday moments with her subscribers.