Is Tana Mongeau a lesbian/bisexual?

What is Tana Mongeau marital status?

Many people dream to launch a YouTube channel, then to gather a multi-million fan base, and to become a social media star. Yes, lots of beginners try to succeed on YouTube and Instagram, but just a few of them create a brand, which can bring fame, cash, and love of followers. Tana Mongeau is one of such people. She started her channel at the age of 15 because she wanted … to find friends. She found even more – she discovered her talent, and now the social media influencer feels totally in her zone. Keep up reading to know the details! 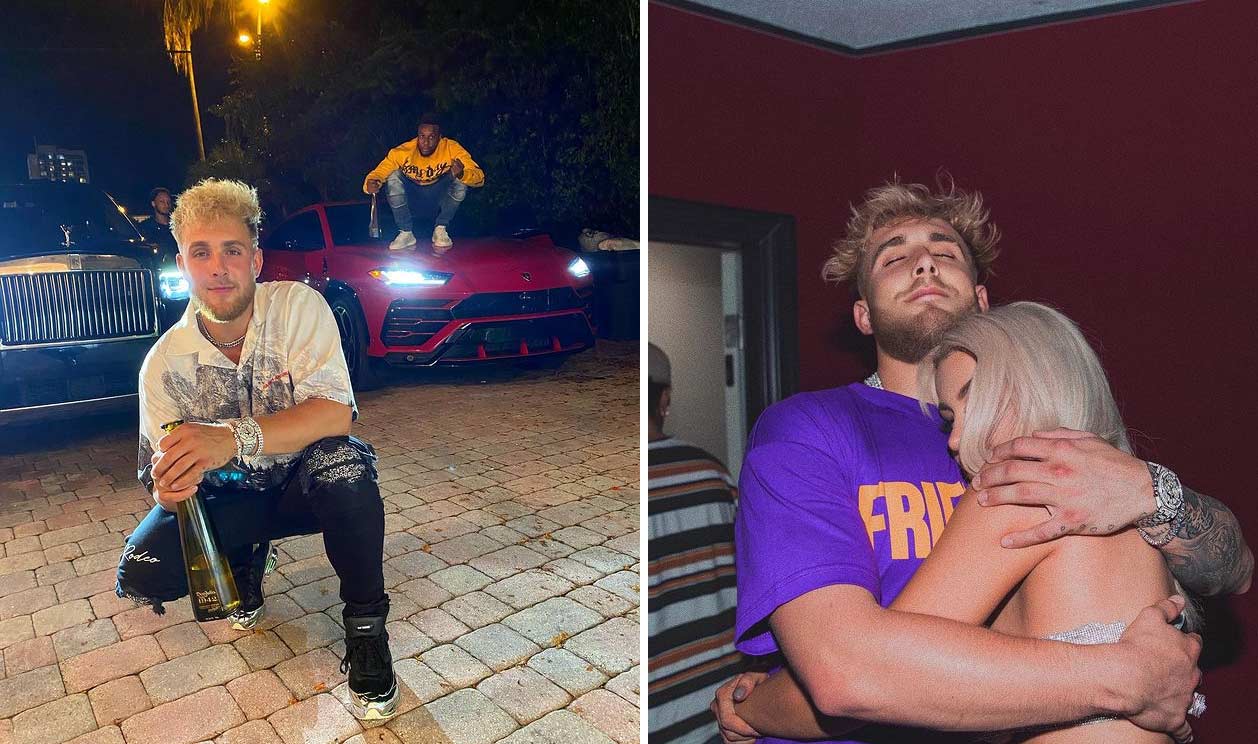 Tana Mongeau is known by her outrageous behavior. Her wedding to the YouTube sensation was one of such things, which impressed her fans. Jake Paul and Tana Mongeau tied a knot in July 2019 in Las Vegas. That was not a legal marriage that was just a ceremony; nevertheless, it shocked lots of people. For them, it sounded like another weird thing, which Tana Mongeau did to attract public attention. But what does the star herself think about her short-lived sudden marriage?

In her interview with Zach Sang, she told, “That wedding taught me a lot. First of all, I understood that I still was a little impulsive. I am the type of person, who lives in the moment. We were so happy when we decided to get married. But I felt lonely all the time.”

They started dating in 2019. The couple announced their relationships in a very odd way – they simply posted a photo in bed on Instagram. Previously to Jake, Tana dated both, men and women – she was in love with the Instagram star Somer Hollingsworth, dated the actress Bella Thorne and was in relationships with the male model Brad Sousa.

But she felt, that her relationships with Jake Paul were different from the others. “When I am talking to Jake, I feel that nobody else in the world can understand me like him. We are almost the same, we had the same childhoods”, Mongeau opened up once.

But their fast marriage didn’t work well. In January 2020 both announced their separation. Tana told, that they decided to get divorced because both wanted to focus on their activities, not on their relationships. But he remains her best friend.

If you want to know more about Tana’s ex-husband, you can read “Jake Paul family”.

Who are Tana Mongeau parents? 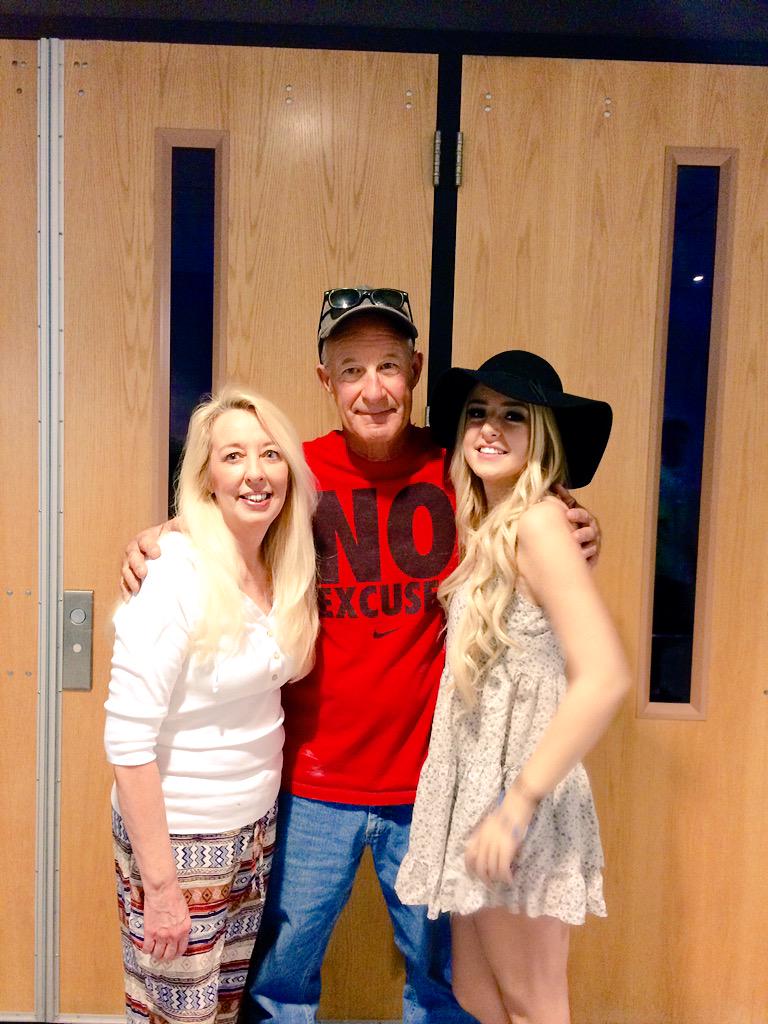 The name of Tana’s father is Richard John Mongeau, but she calls him “Bitchard” (as she wrote on his Twitter page). The YouTube star has troubled relationships with her parents. She told about it in her “Tana Turns 21” MTV video.

According to Tana’s words, her father could be rude to her and screamed at her very often. Nevertheless, she still speaks to her parents.

Rick Mongeau is not a public person. It’s just known, that he is a son of Patricia Jeanne Moeller and Richard John Grilz. He had a surname “Grilz” at the moment of his birth, but he changed it to “Mongeau” after he was adopted by a step-father with that family name. The other details of his life are not publicized. 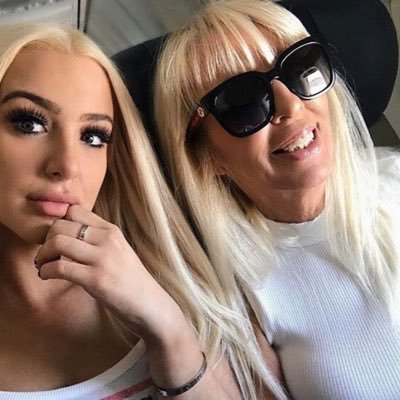 “I am a proud mom”, Becca wrote on her Twitter page, but unfortunately her daughter can’t return these words to her. The Internet personality told that her mom wasn’t fit to be a parent. She never arranged great holidays in their house and never was ready at a necessary time. Besides, the mother and daughter used to fight a lot.

Rebecca Mongeau is the daughter of late Carolyn Weir and Richard Wayne Weir. She was the only biological child of her parents. After her father’s death, her mom re-married to Jim Crocker. She has lots of step-siblings from her maternal side. Becca spent her childhood years in Texas. Her occupation is undisclosed.

Tana Marie Mongeau started her YouTube channel at the age of 15, and she immediately discovered – that what she wanted to do in her life. A lot of time passed since then, and now Tana is a celebrity. Her YouTube channel is followed by 5.4 million subscribers, her Instagram page is watched by 5.7 million fans and she has 2.5 million subscribers on Twitter. But how did she manage to succeed?

“I was always the weird kid, I was always like misunderstood”, Tana told in one of her interviews. She grew up in Las Vegas, Nevada as the only child of Rick Mongeau and Rebecca Weir. Although most people treat her parents as “absolutely normal”, Tana herself insists that they were too rude with her and didn’t fulfill their parenthood duties well enough.

She felt that she was different from other students in her high school. In 2015 she started a YouTube channel. She was aimed to find friends and to help other teenagers, which considered themselves as “odd”. Tana became popular immediately.

Mongeau posts various kinds of videos on her channel. She told her followers about her beauty tips, shared various challenges, and “learn-to-drive” vids. The most popular among her films are storytime videos, where she opened up to her fans about various unusual or embarrassing situations in her life.

Nowadays, Tana is a bright social media star. She never stops developing, so in 2017 she added some kudos to her name as a rapper. The girl released a debut single “Hefner”. Her other music videos include “F**k Up” and “Facetime”.