Is Tee Grizzley a gay/bisexual?

What is Tee Grizzley marital status?

“They say, the sun won’t shine forever, but I don’t care, because I got used to going through the rain”, Tee Grizzley told about himself on Facebook. He came through many disasters – his father’s death, his mother’s imprisonment and his own issues with the law. But he is on the top now, and he proudly names it “my moment”. What do we know about the family of the young aspiring rapper from Detroit?

Who are Tee Grizzley parents?

Probably, Tee Grizzley can’t explain himself, why he loves his family so much because his childhood can hardly be called happy. His pop wasn’t near him, while the boy was growing up, he didn’t teach him to play football or baseball and didn’t visit his school performances.

Terry Sr. dealt with drug trafficking and robberies, and while his talented son tried his hand in hip hop for the first time, he was in jail. Now Tee doesn’t like to speak about his childhood. “My family home was always full of drugs and alcohol”, he told in his interview.

In 2012 Mr. Wallace was murdered. No need to say, that his son was frustrated by his father’s death. But he tried to look at it philosophically. “He was in the streets, and there you can either win or lose. He lost, and that was God’s decision”, the rapper opens up.

Tee Grizzley is the first person in his family, who made an attempt to get a college degree. Now he makes a lot of money on his own. “I just want to break the cycle”, he tells. 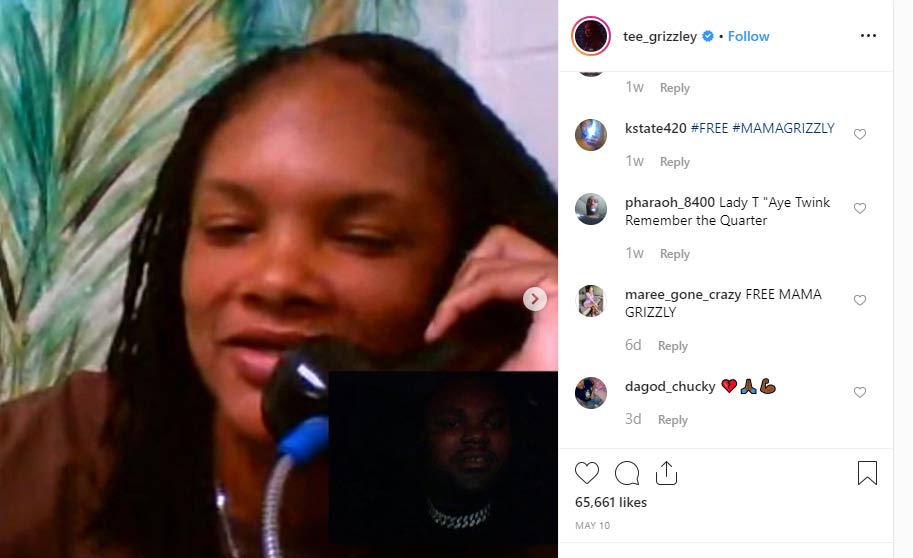 Unfortunately, Tee’s mother wasn’t near the rapper in his early years, too. She spent the main part of her life in jail, and in 2011 she was arrested again. This time Latoya was sentenced for 15 years – for drug trafficking.

It’s interesting to know, that Tee doesn’t hold any offense against his mom. On the contrary, he thanks her everything she did for him. He considers her crimes as her attempt to earn some cash for her family. Very often he speaks on phone with Latoya. He tells her about his career wins, and hopes, that she is proud of him. The rapper believes that one day he will take her out of jail. 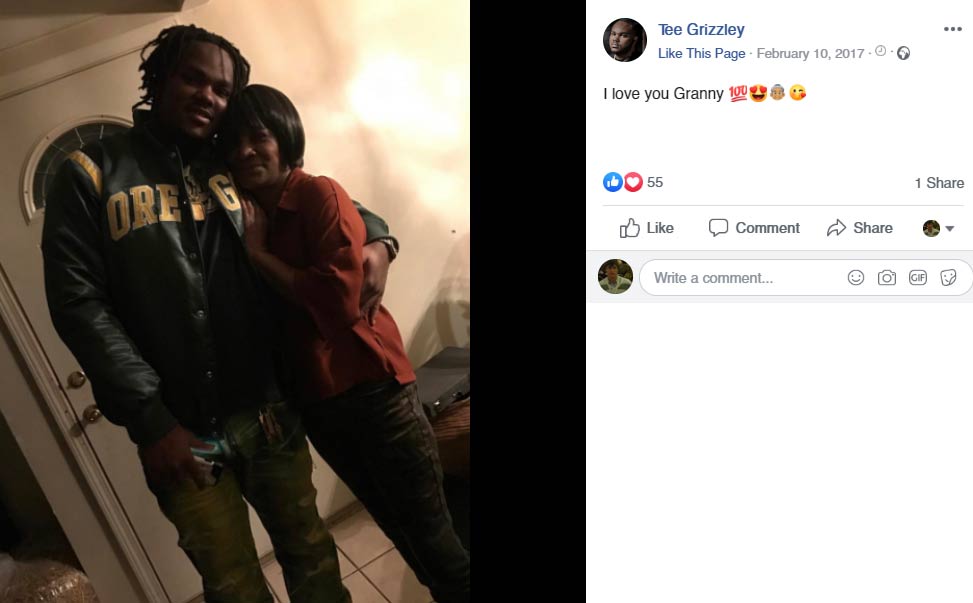 She is a special person in his life, and she is actually a woman, whom he congratulates of mother’s day. It was his granny, who brought him up and taught him to care about himself. Tee is really closely-knitted with her till now.

He has a younger brother, who is locked up in jail, too. Tee stays connected with him constantly. He does everything to support Mar Mar and to give him hope, that he still can do everything right. “My aim is to motivate people, who are close to losing hope”, Tee tells.

He was born in Detroit, MI, which till now is considered as one of the most dangerous American cities. In 1994 the murder rate here was the highest in USA. No wonder, that since childhood he got used to criminal life and considered it as something ordinary. But there was one thing, which could save him – hip hop.

He was rapping since elementary school. Then his name was Terry Sanchez Wallace. He could take the path of his parents and uncles, but music and God were keeping him in the right way. He didn’t smoke, didn’t get used to drugs and got the best marks at school.

Like many other modern stars, he started on YouTube. During his years in a high school, the boy and a couple of his friends formed the band “AllStars Ball Hard” or ASBH. Then he decided to take the stage moniker ASBH Tee. Under this name, his fans fell in love with him for the first time.

After graduation from school, he decided to continue his education. The young man studied finance at Michigan State University. He dreamed to get the college degree, but in 2014 he ran out of money and decided to get the cash in the only way, known to him. He started to steal precious things from dorm rooms. Soon the young man was arrested. In 2015 he was convicted to 18 months in prison.

During his term in prison, he decided to change his habits and to give his heart to music. He wrote his first mixtape “My Moment”. In 2016 he was released on parole, and immediately recorded a song “First Day Out”, which actually catapulted him to stardom.

Nowadays Tee Grizzley doesn’t resemble the awkward insecure boy from Detroit. He is a star, and his pockets are full of cash, which he earned in a legal way. But still, he has a lot to do to carry out his mission – to inspire those, who are close to despair.