Is Timothée Chalamet a gay/bisexual?

What is Timothée Chalamet marital status?

Who are Timothée Chalamet parents? 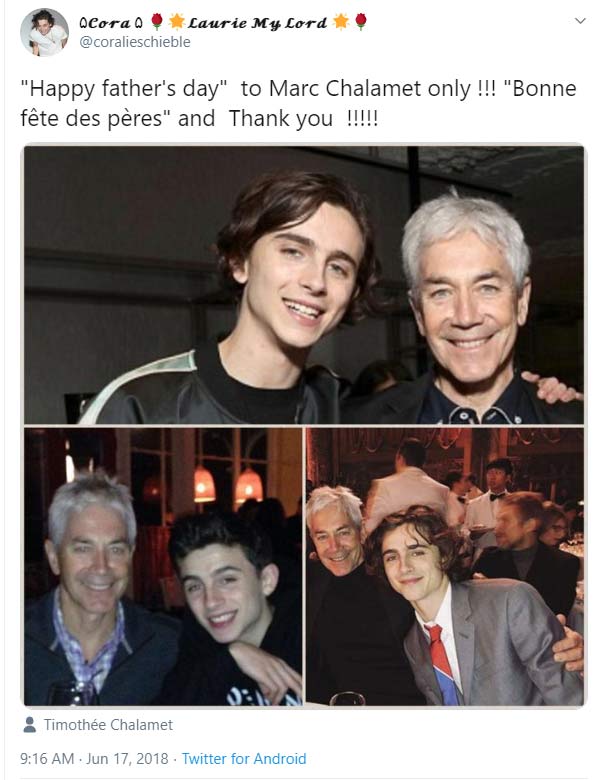 Timothee’s father is his friend and mentor. During an interview with “CQ”, the actor confessed that his father taught him to listen to the others. That helped him to be more persuasive while playing on the theater stage.

The actor has French roots from his dad’s side. Marc Chalamet was born and raised in France. He graduated from Institut d’Etudes Politiques (Paris) with a Master’s degree in political administration. He worked as a writer and journalist for many years and was sent to New York as a French correspondent. Now he serves as an editor at the United Nations.

Due to his father, Timothee learned French rather well. Each summer the future movie star spent in his father’s home town of Le Chambon-Sur-Lignon. That caused some personal crisis in Dune actor’s soul because he turned into “the French version of himself (as he told to “La Presse”). But later he made peace with it, and now the young celebrity loves and respects each culture he is involved in.

Yes, it was Timothee’s mother, who taught him to act and inspired him to pursue it as a career. Nicole Flender comes from a rather creative family – her mother was a dancer, her sister was a TV producer and writer. Mrs. Chalamet was a trained dancer herself. She graduated from LaGuardia High School of Music & Art and then during several years danced at Broadway. After that, she used her acting experience and dedication to discipline to become a high-profile real estate agent.

Nicole and her famous son are very close. Sometimes she accompanies Timothée at various red-carpet events. Her beautiful accurate face and slim toned figure make her noticeable at each public event. 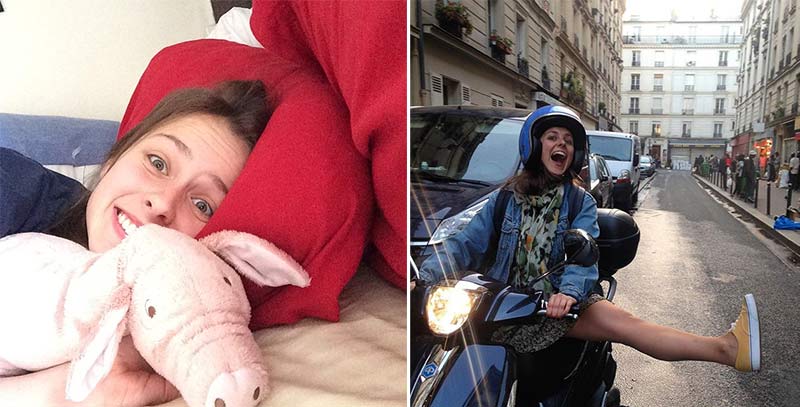 Timothée Chalamet and his older sister live in different cities, and they miss each other so terribly (about which sometimes they write on their social media accounts). Pauline Chalamet is not just a beautiful talented girl, but also an aspiring actress and producer. In December 2019 with the company of friends she founded the movie producing company “Gummy Films”.

He has more than one hit movie in his resume. Probably, the most famous of them is “Call Me By Your Name”, “Beautiful Boy”, “Interstellar” and others. One of his latest screen works is the drama film “Little Women”, based on the well-known book of Louisa May Alcott.

Timothée Hal Chalamet entered this world in New York in the family of two talented smart parents. He grew up with an older sister.

Many people wonder, how Timothée managed to achieve such a great career height at so young age (the actor has already got his first Oscar nomination). The secret is in the early beginnings. He appeared in TV commercials and theater performances since the middle school age. He joined his academical education with classes at Fiorello H. LaGuardia High School, where many internationally popular stars were trained. Jennifer Aniston and Al Pacino are among them.

After school, Chalamet decided to continue his education at Columbia University but then transferred to New York University to balance his acting career with studying.

Timothée gained some recognition after the release of the fantasy film “Interstellar”, featuring Matthew McConaughey and Anne Hathaway. Chalamet played the young version of Casey Affleck’s hero. That was a great start for him but didn’t bring him to stardom.

Nevertheless, Timothée didn’t give up and continued to work hard. And finally, he got the role, which helped him to develop all facets of his phenomenal acting gift. In 2017 he participated in the drama “Call Me by Your Name”. He portrayed young Elio, who fell in love with his father’s student Oliver (Armie Hammer). The actor showed inexperienced young love on the screen so naturally, and his screen emotions were so real, that it was impossible not to notice him. For his play, he got an Oscar nomination and the status of the new hope of Hollywood.

After that Chalamet performed in some other movies, which just proved, that his gift was phenomenal. They are “Lady Bird”, “Beautiful Boy”, and “The King”. And hopefully, his best screen roles are yet to come.