Is Ty Tennant a gay/bisexual?

What is Ty Tennant marital status? 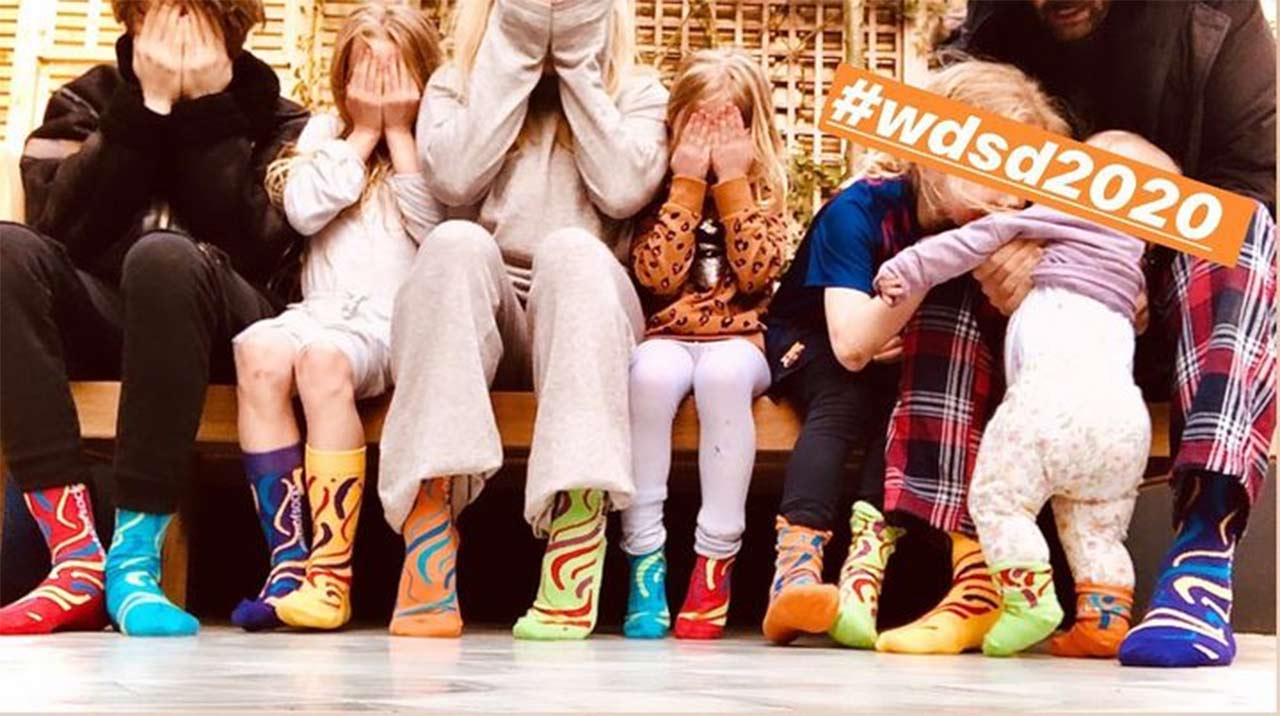 You’ve probably seen Ty Tennant in the 6th and 7th episodes (season 1) of the “House of the Dragon” series. He acted as Prince Aegon, the son of King Viserys, skillfully depicted by Paddy Considine, and his wife Queen Alicent, portrayed by Olivia Cooke. Did you know that the young talented actor Ty Tennant comes from a creative family? Read further to know more!

Who are Ty Tennant parents?

The angel-faced actor Ty Tennant inherited his godlike look from his mother, Georgia Moffett-Tennant. By the way, Ty’s mom can serve as a role model to many women worldwide.

She was born in a family of 2 actors, Peter Moffett (stage moniker – Peter Davidson) and Sandra Dickinson. Her parents separated when Georgia was 10 years old. After that, her dad re-married Elizabeth Morton, the writer, and actress. On the paternal side, Georgia has 2 half-brothers: Louis and Joel.

Georgia debuted as an actress at the age of 15. She appeared in 4 episodes of the series “Peak Practice”. At the age of 16, she discovered that she was pregnant with Ty. At first, she was afraid to tell her parents about teen pregnancy. She was in the 2nd trimester when she finally decided to share the baby news with her mom and dad. Both were shocked but supported her.

When Ty became a little older, Georgia returned to her profession. Her most popular screen works are “Tom Brown’s Schooldays”, “Staged”, “Doctor Who” etc.

In 2008 she met the actor David Tennant at Doctor Who set. They fell in love and tied the knot in 2011. With David, she welcomed 4 more kids.

Georgia met Ty’s father, when she studied at St Edward’s School, Oxford. Although the man is not present in her boy’s life right now, the actress is thankful to him. He gave her a precious present – her talented son. The name of Ty’s biological dad is J.D. He is 4 years older than Georgia. And she met him while studying for GCSEs at St Edward’s School, Oxford. In the summer he worked as a waiter in the café nearby. He dated Georgia for 6 months and then left to study at the university.

Although J.D. and Georgia separated before Ty’s birth, he was present during his son’s delivery process. J. D. participated in his son’s life during his first years of life. But gradually he disappeared from the family picture. 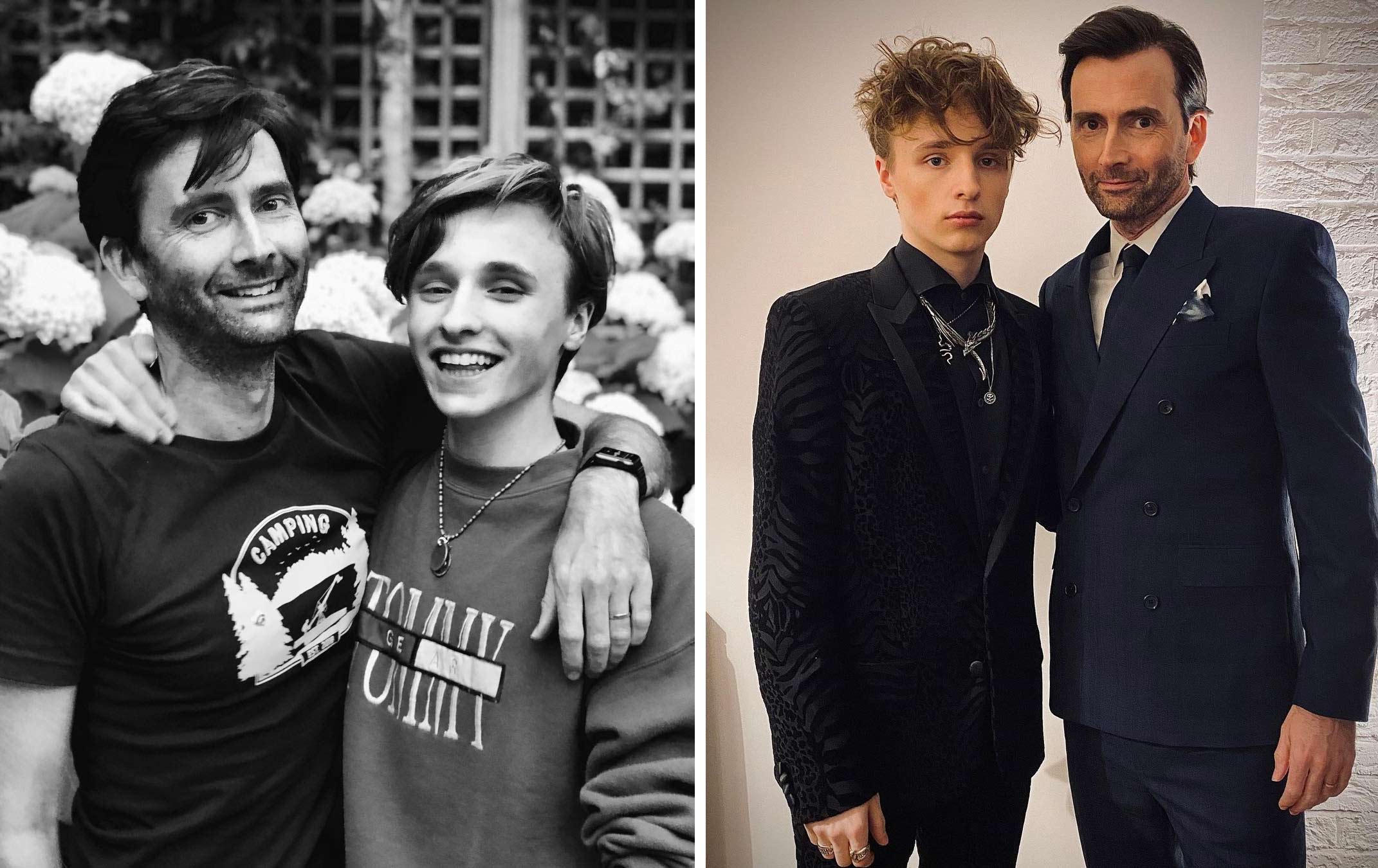 Ty’s father’s birth name is David McDonald. David is the son of the late minister of the Church of Scotland Alexander McDonald and his wife Helen. He has a sister Karen and a brother Blair. In the early 1980s, David’s father hosted the religious TV show “That’s the Spirit!”

David took the stage moniker “Tennant” when he started his career as an actor. He debuted at the age of 16 in an anti-smoking documentary film, created by the Glasgow Health Board. He gained wide popularity as Campbell Bain from the series “Takin’ Over the Asylum”.

Tennant’s other popular roles include the TV dramas “Much Ado About Nothing” and “Recovery”, the family series “Doctor Who”, the melodrama “Casanova”, the legendary fantasy “Harry Potter and the Goblet of Fire” etc.

In 2008 he met Doctor Who set the actress Georgia Moffett. They started dating and then tied the knot in January 2011. That very year in March they welcomed their first common child – a daughter Olive. Later they had three more kids. 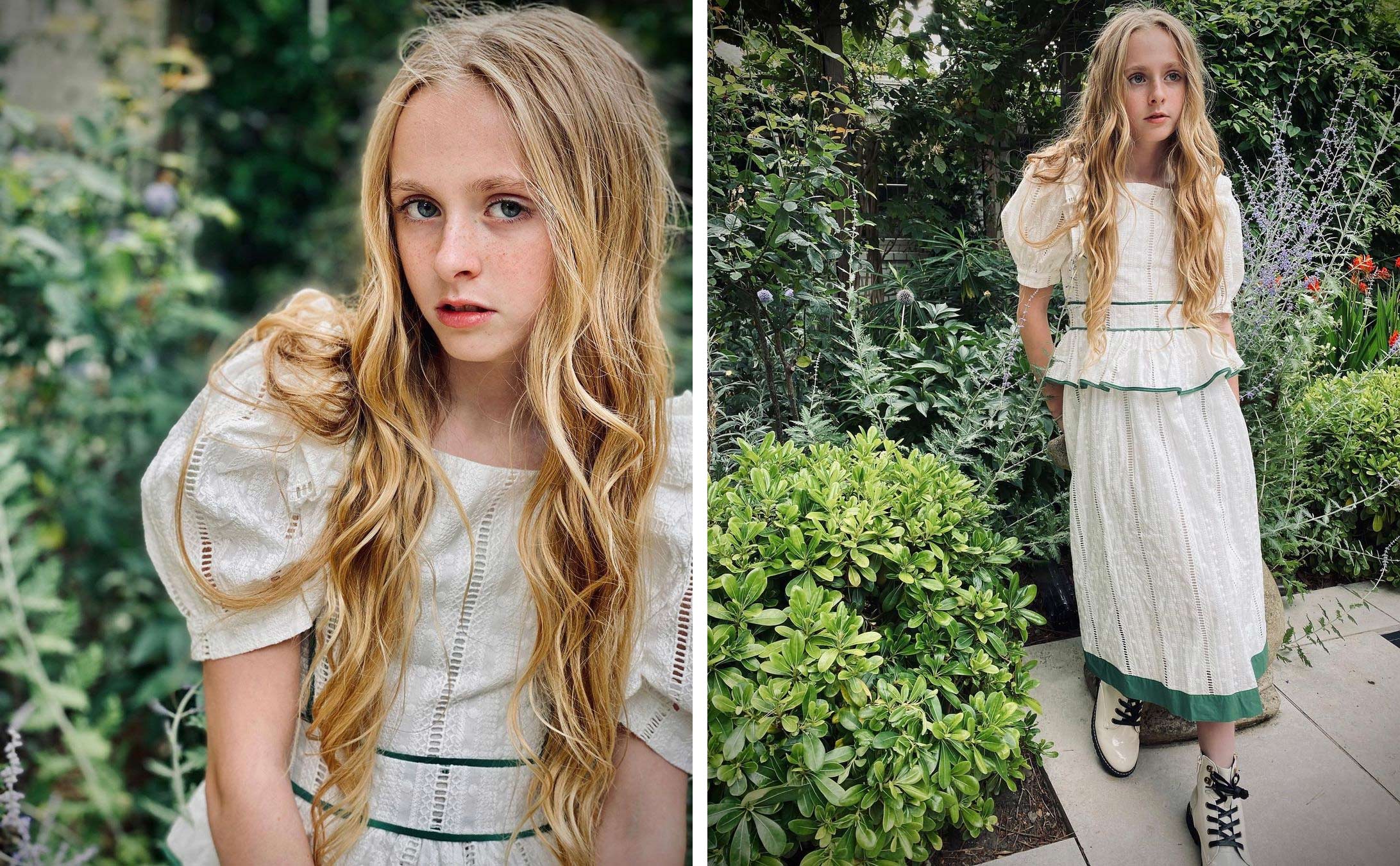 Ty’s younger half-sister is Olive Tennant. The girl, whose face seems like a little copy of Ty’s one, has already debuted on the big screen. She appeared in the coming-of-age comedy-drama film “Belfast”. She portrayed Catherine, the pious girl from Catholic school, Jude Hill’s screen interest.

Ty supervised the girl to the red carpet event, devoted to the “Belfast” premiere. On his social media, the actor wrote that he was proud of his little sister. 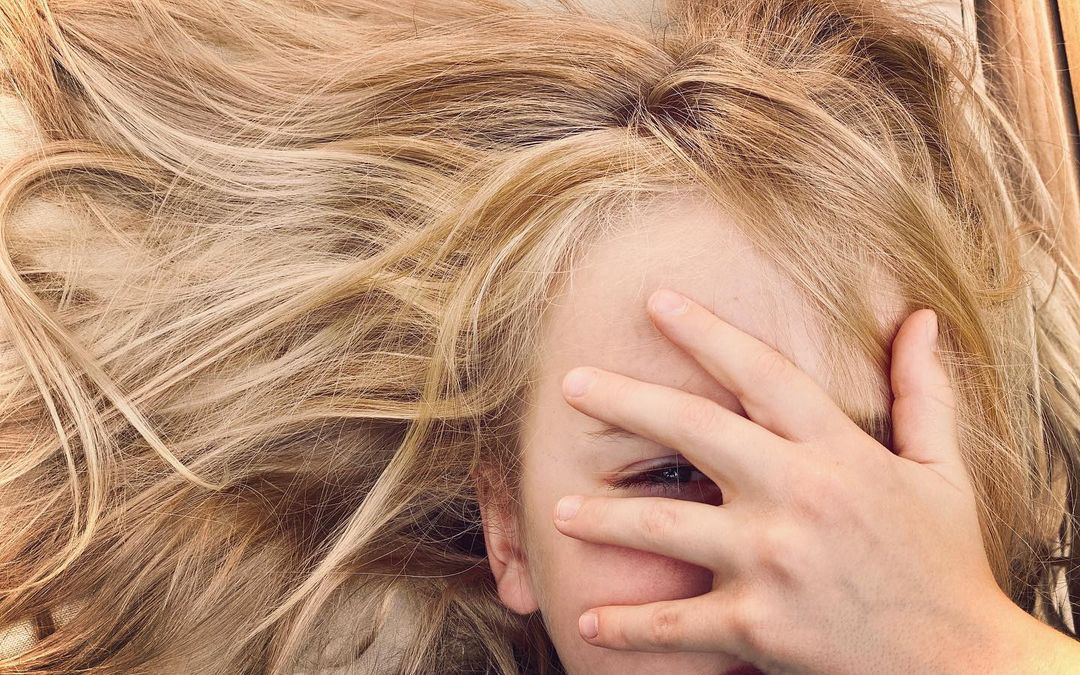 Wilfred is Ty’s only half-brother from the maternal side. Georgia decided not to show the faces of her three youngest kids, so we don’t even know, what Wilfred looks like. But the boy has lovely long hair. 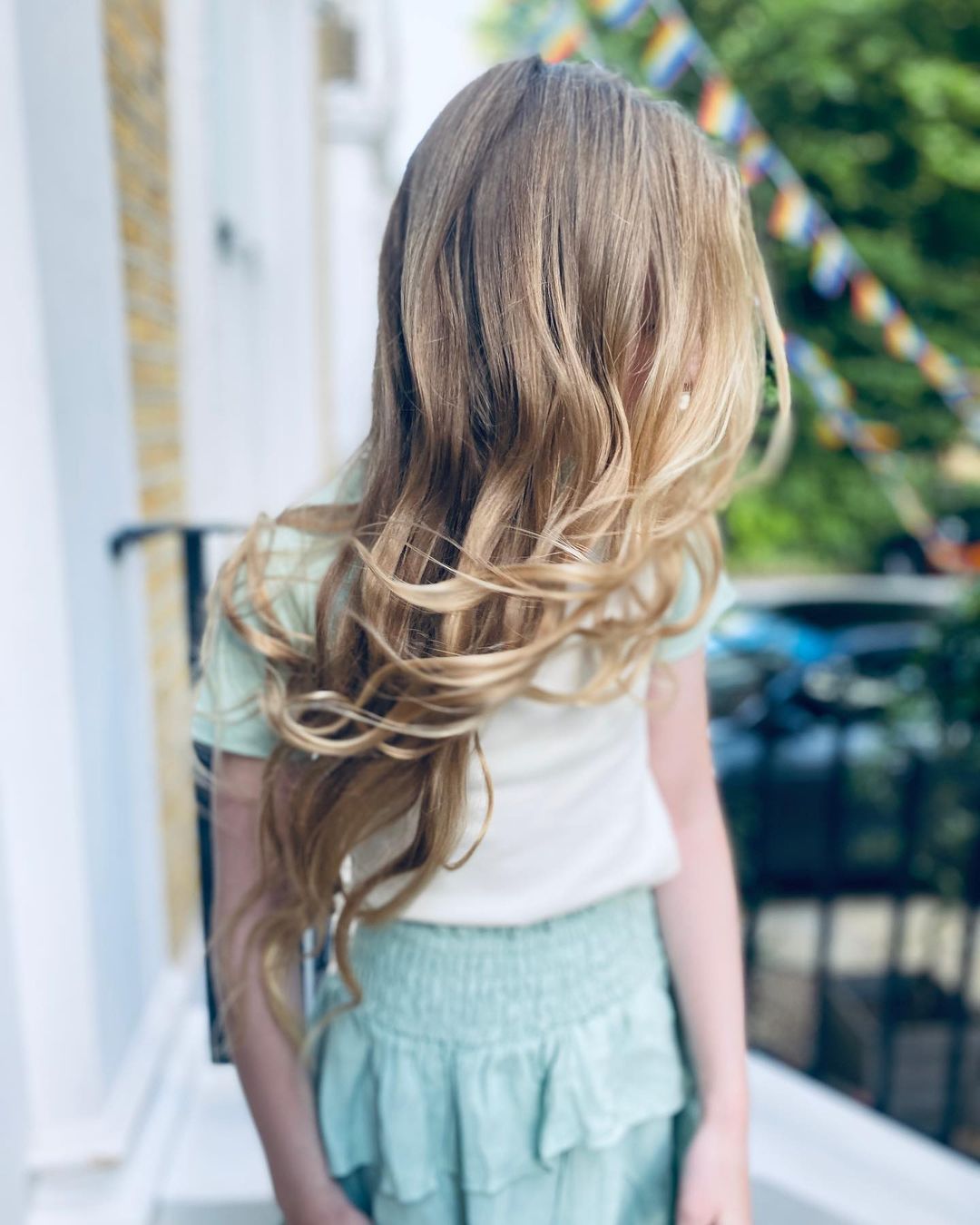 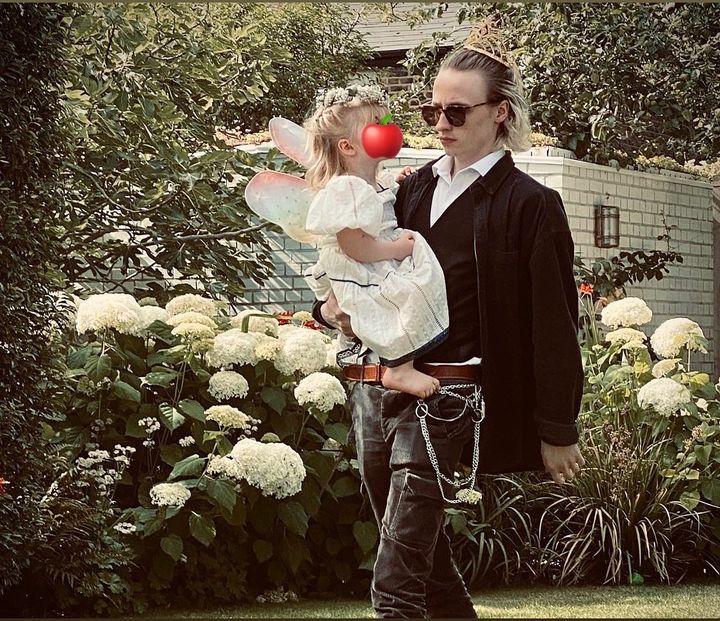 Birdie is the youngest edition to the Tennant family. The happy parents announced the fifth baby news during their visit James Corden show. Birdie and her older brother Ty have 17 years apart. Nevertheless, the older brother constantly cares about his half-sister.

The girl, who has already turned 3 in 2022, appears on her mother’s Instagram with her face covered. At the same time, Georgia shared with her fans, that he is still breastfeeding her 3-year-old daughter.

The Tennant siblings seem a very friendly, closely-knitted family. As David told on James Corden’s show, they have to deal with a bunch of kids’ birthdays.

Ty Tennant’s birth name is Ty Peter Martin-Moffett. He was born in White City (the district of London) on March 27, 2002. He is a son of a teen mom Georgia Moffett, who welcomed him at the tender age of 17. The girl had a son with the waiter at the local cafe.

Ty was 9 years old when his mom married the actor David Tennant. He officially adopted the boy. Thus Ty got the second name “Tennant”, which he glorifies nowadays. Except for Ty, there are 4 other kids in the Tennant family.

He spent the major part of his life in Chiswick (the borough of London). Ty was educated at Arts Educational Schools in his hometown.

The son and grandson of actor, Ty Tennant had no choice. He started acting at a very young age. He debuted on the screen in 2013 in the television film “The Five(ish) Doctors Reboot”, directed by his maternal grandfather Peter Davison. The film was devoted to the 50th anniversary of the popular TV show “Doctor Who”.

Ty gained initial popularity after starring in the series “War of the Worlds”. This show was created by Howard Overman. It is based on H. G. Wells’s novel of the same name. Ty portrayed one of the main characters Tom Gresham.

In 2019 he debuted on the big screen in the Dome Karukoski film “Tolkien”. The biography movie is devoted to the life and career way of the famous English writer J. R. R. Tolkien. In the film, Ty appeared as the young version of composer Christopher Wiseman. The older version of the same character was depicted by Tom Glynn-Carney.

In 2021 Tennant was featured on 2 projects. He acted as Edwin Paine in the 3rd episode of the 3rd season of the TV show “Doom Patrol”. Besides, he made a short appearance in the series “Around the World in 80 Days”.

As of 2022, his brightest role was the teen version of Prince Aegon II Targaryen in “House of the Dragon”. Although Ty acted in just 2 episodes of the 1st season, still that was an impressive career success. The game of Thrones prequel was watched by more than 4 million people. That means Ty’s glory became enormous. Hopefully, the young actor will have lots of interesting projects to come in the future.