Is Veronica Merrell a lesbian/bisexual?

What is Veronica Merrell marital status?

Who are Veronica Merrell parents? 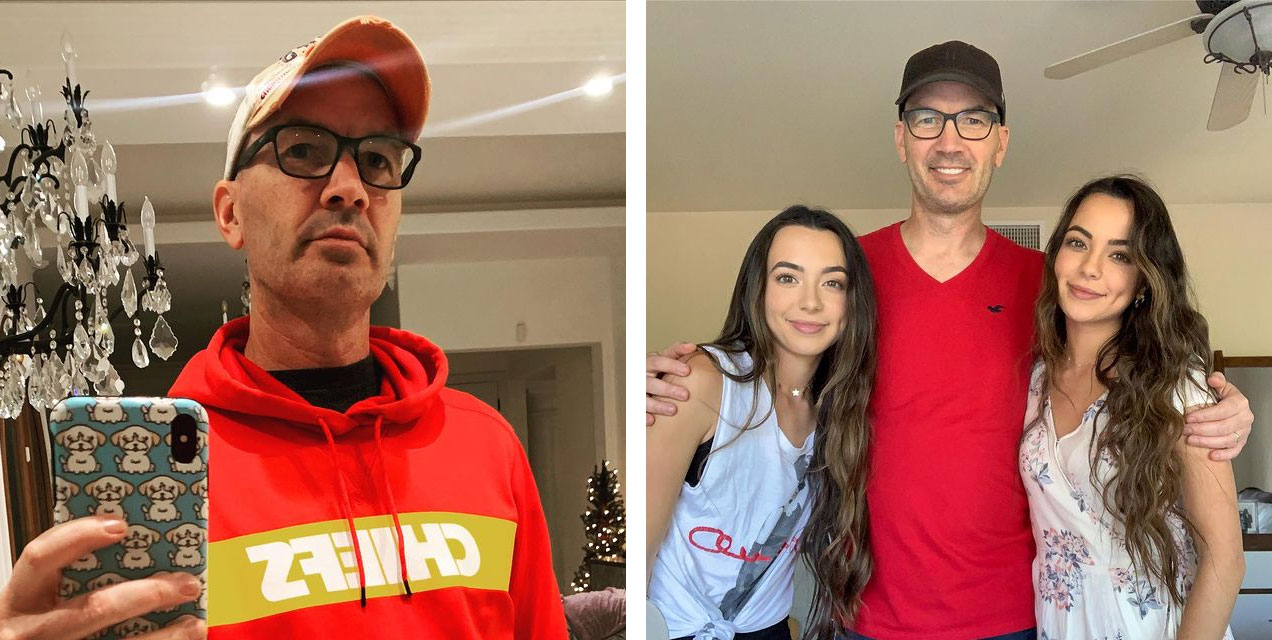 In one of Merrelltwins’ videos, Paul told that he was making rare appearances on his daughters’ channel not to become more popular than they are. Of course, that was a joke, because in his real life Paul doesn’t compete with his kids, on the contrary, he does everything to make them even more successful. It’s Paul Merrel, who stands behind Veronica and Vanessa fame.

Paul Merrell comes from Kansas City, MO. He started his career more than 25 years ago as a digital content maker, producer, and director. He founded his own production company, True Image Productions, Inc., in 1998.

Nowadays, he helps his daughters to build their brands. They release their shows and TV series through the family production company.

Besides, he hosts his own self-titled YouTube channel, which boasts with 80k+ subscribers. 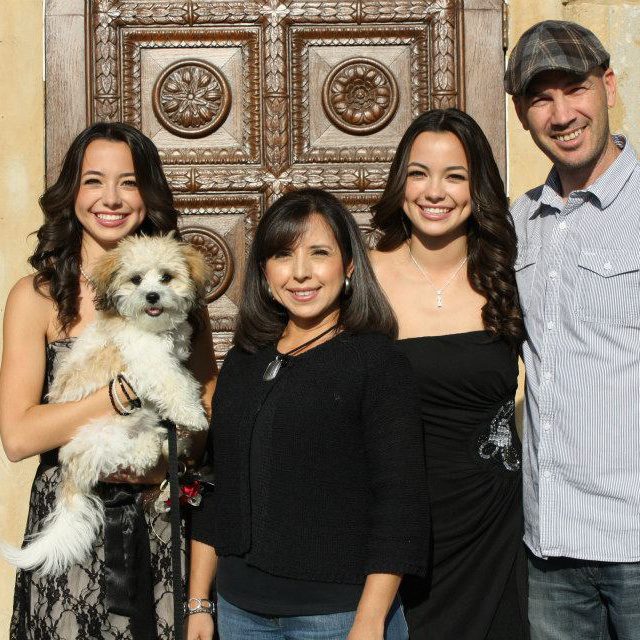 There was a time when the twins’ fans thought they don’t have any mother at all, and they are brought up by a single dad. The question about the girls’ mother was one of the most googled among Vanessa and Veronica’s fans. In one of their Q&A videos, the girls confessed that their mom existed, but she was camera shy, so she didn’t star on their vlogs.

Wendy was born and raised in the USA. She is the daughter of Pilar Coutiño and Jose Pacheco. Her parents are Mexicans. She went to college, but nowadays her occupation is not known. She is still together with her husband Paul and they raised two great daughters, which are YouTube stars right now. 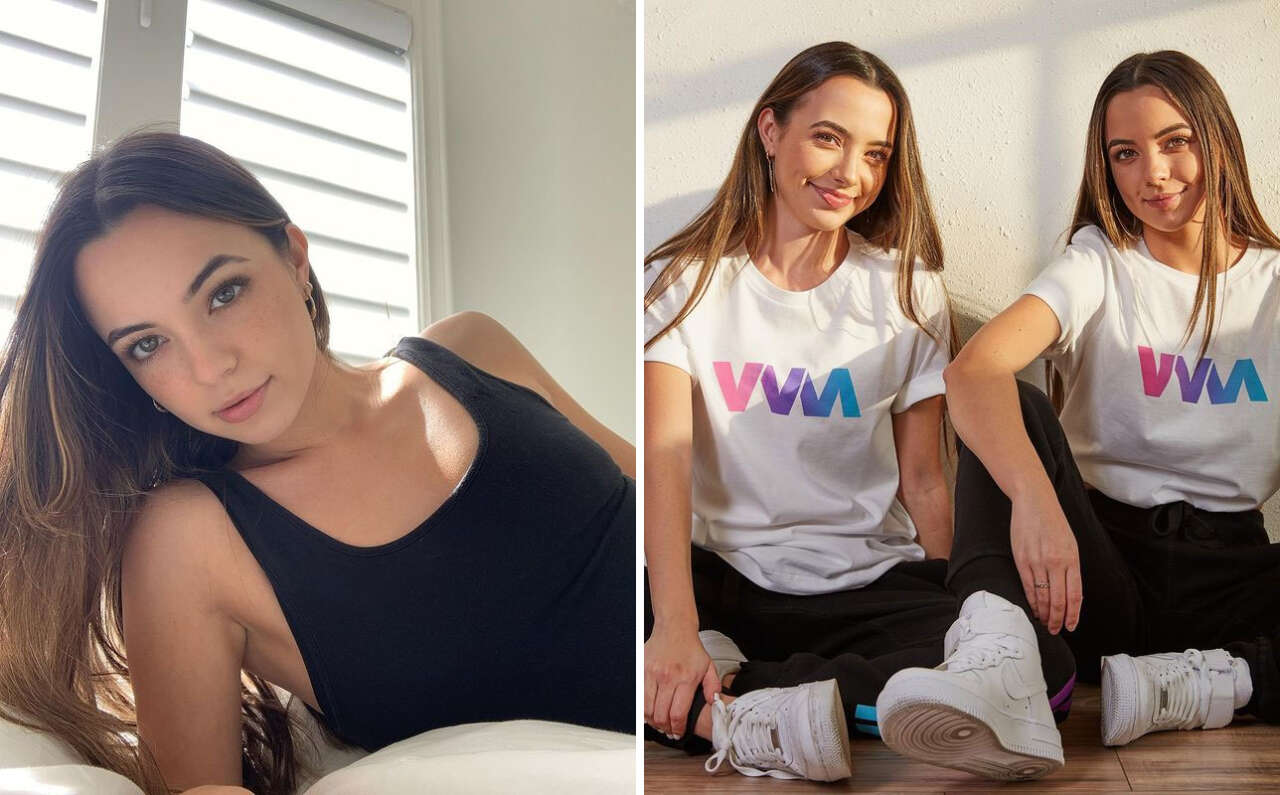 It’s hard to speak about Vanessa and Veronica Merrell separately. The girls are almost identical. Still, there are some different things they can boast about. So, let’s focus on them.

Vanessa is 45 minutes younger than her sister. Veronica was born naturally, while Vanessa got an opportunity to make her first breath through a Cesar section. The reason was the umbilical cord, which wrapped over her neck. That’s why it was hard for Vanessa to start breathing and she has weak lungs till now.

Unlike Veronica, who found her sweetheart several years ago, Vanessa was single for a long time. In 2021 she finally announced, that she fell in love and started a relationship with John Vaughn, a member of the band “PUBLIC”.

Although Veronica and Vanessa very often star in various screen projects as a duo, sometimes they participate in the shows and films separately. Vanessa appeared in the film “Switched”, the body swap story, as Olivia, without her sister by her side. That was very awkward for her.

For many people worldwide the name of Veronica Jo Merrell is known quite well. She is a YouTube star, young actress, and part of the popular family Merrell Twins duo. It’s impossible to speak about Veronica without her twin sister Vanessa Merrell. Both girls were born on August 6, 1996, in Kansas City, Missouri. They spent their childhood years there. The girls lived the ordinary life in their hometown – they went to kindergarten, rode their bikes, and played with their super-loving parents. At the age of 12, the girls made their first step to show business world – they participated in a Build-a-Bear commercial. The next year they founded the YouTube channel “Merrelltwins” and posted their first video “What It’s Like to Be a Twin”, which immediately gained 10k views. In 2013 Veronica and Vanessa relocated to Los Angeles to develop their career in the entertainment industry.

Nowadays, the girls’ life is watched by 6 million viewers on YouTube. Besides, they widened the area of their activity and started broadcasting on the YouNow platform. Besides, they began their acting career and appeared in several shows and films, like the drama series “Jane the Virgin”, the romantic comedy “Faking It” and the film “Like a Boss”.

In 2020 they started a reality show “Twin My Heart”, the aim of which was to help Vanessa Merrell find her loved one.