Is YBN Nahmir a gay/bisexual?

What is YBN Nahmir marital status?

Family is the main priority for YBN Nahmir. He plans to support his family financially. The aspiring rapper dreams to take his mom, cousins, and aunty from their home to some bigger and better residence. In his interview to “Fader,” YBN Nahmit confessed that he grew up with a single mother. He lived with his Aunt Corene and cousins, too. He didn’t mention any siblings in his story about his family. One of his cousins spent some time behind the bars.

Who are YBN Nahmir parents?

The rapper isn’t close with his biological father. They seem to be estranged from one another. Most part of his childhood he was brought up by his stepfather. One day YBN Nahmir’s stepdad had a conflict with the rapper’s cousin, and the latter one tried to shot the first one. After that, the stepfather left their home in Alabama and moved to California.

The name of the rapper’s mother is not known. But in his interview, the rapper described her as “protective” and “supportive” parent. The woman is happy for her son, who has just made a breakthrough in his career. At the same time, she tries to keep him in the house from morning till night to protect him from numerous fans, which have started to follow him everywhere recently. 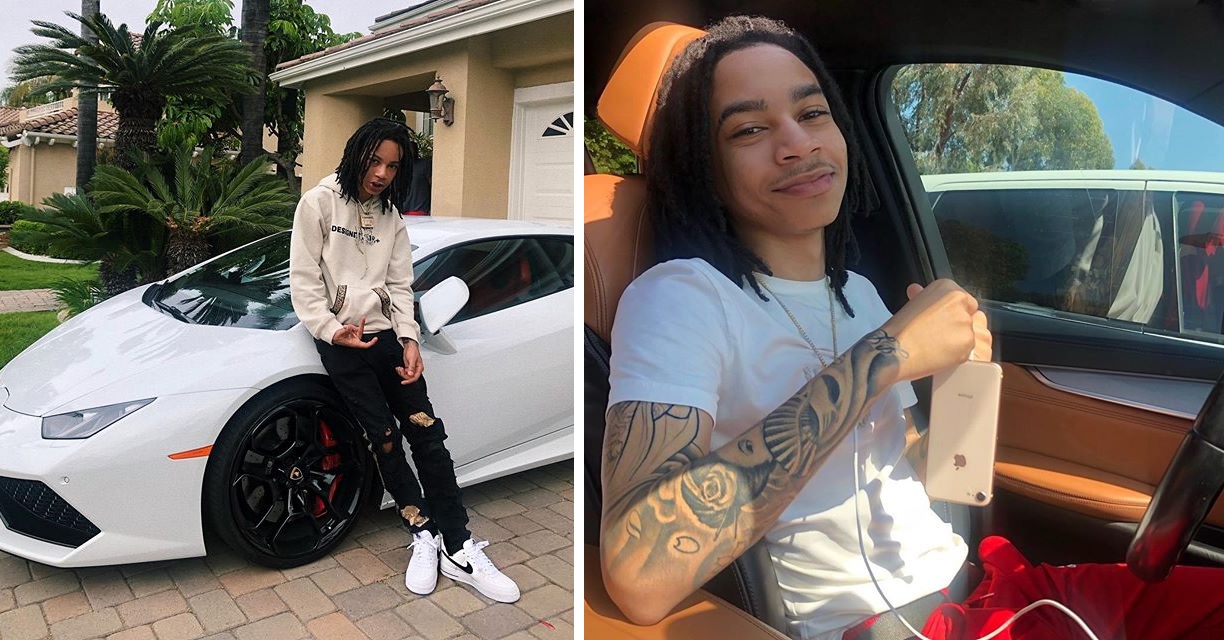 He has a real chance to become one of the most prominent rappers of his generation. As the member of YBN band (in the company of Cordae and Almighty Jay) he released the first set of songs “YBN: The Mixtape” in December 2018 and it was certified as gold by RIAA.

His real name is Nicholas Simmons. He was born in 1999 in Birmingham, AL. Music has been the part of his life since childhood, but he had never taken it too seriously. Nick was interested in playing computer games instead, and he appeared on YouTube in 2012-2013 for the first time as a gamer.

He played video games live and soon became popular among other YouTubers. His favorite game was “Grand Theft Auto V”. Many viewers gathered near the screens to watch him playing. During such sessions, Simmons’ fans noticed that he was good at rapping (he performed some music while playing).

His friends advised him to try his hand as a hip hop artist. Nick recorded some songs at home (he used a microphone and a sock instead of a filter to record his first tracks). In 2015 he uploaded his first song on YouTube, but he didn’t become popular overnight. It took the rapper 2 years to present his first hit – “Rubbin Off the Paint”. Within just a few days the song gathered more than 20 million views on YouTube.

After the success of the track, Nick understood that music can become the source of his wealth. He and his homeboy Almighty Jay, with whom they played freestyle music at parties, turned into the members of YBN band.

YBN Nahmir tells that he tries to be different from all the others, and that is his main secret. He doesn’t copy anyone, but still, there are rappers, who serve as his inspirations. Lil Yase and Key Glock are among them. By the way, he is in good terms with Key and even opened his show in Tuscaloosa.

In spite of an impressive career in the music industry, YBN Nahmir didn’t quit his education. In 2018 he graduated from Clay-Chalkville High School. Unfortunately, he had to study online after becoming popular, because (as he explained) his classmates turned into his fans and paid too much attention to him at school.