Is Chloe Bennet a lesbian/bisexual?

What is Chloe Bennet marital status?

Who are Chloe Bennet parents? 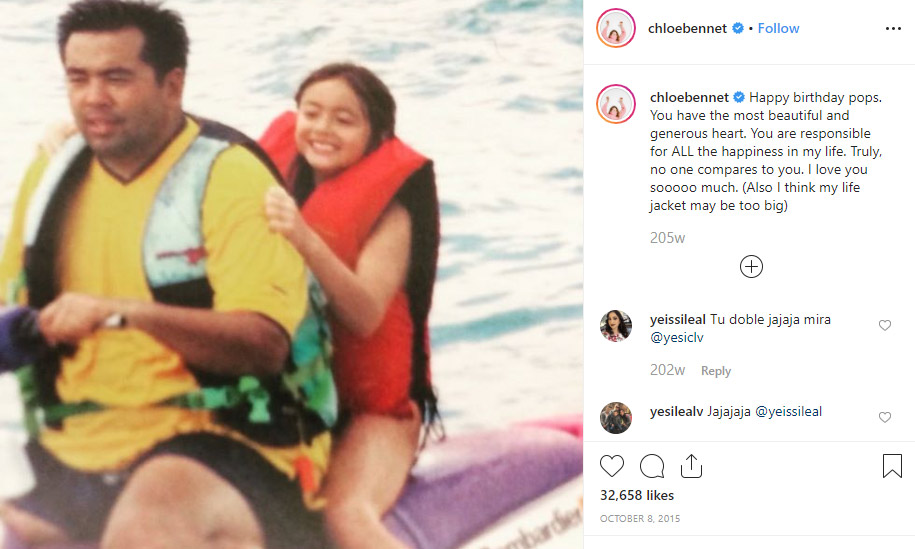 Mr. Wang, Chloe’s father is of Chinese origin. Chloe loves and respects him. She knows the Chinese part of her family rather well, speaks Mandarin and likes the culture of that nation. She decided to change her Chinese surname “Wang” for “Bennet” (her father’s first name) to avoid the precise attention to her Chinese roots. “I wanted to be judged not by my origin”, she tells.

Bennet Wang is not just a doting father of eight kids (seven sons and one daughter), but also a provider for his family. He works as an investment banker.

In “Marvel’s Agents of S.H.I.E.L.D.” Chloe’s heroine was known as a person with super skills. It’s hard to tell, whether in her everyday life Chloe Bennet has some unusual talents or not, but obviously, her mother is a wonder woman.

Stephanie X. Wang is an internal medicine specialist, known not just in Chicago, IL, where she lives and works, but also abroad. She was one of the doctors, who saved earthquake victims in Haiti in 2010. For her hard and passionate work, she got a prestigious Henry P. Russe Humanitarian Award.

Mrs. Wang’s patients tell, that she is the most kind-hearted and careful doctor in the world. Her daughter, Chloe, confirms through Instagram, that her mom is the best person in the world and she is constantly thinking of others.

Stephanie has been married to Bennet Wang for years and brought up eight kids with him (five of them are their biological kids and three others were adopted).

Chloe has close relationships with her older brother Stephen Wang. She tries to spend her holidays at a tight family circle and has a lot of fun with Stephen and her other siblings.

He is Chloe’s biological brother. He is the oldest kid in the Wang family. Stephen graduated from Santa Clara University with a bachelor degree in science. He works as an enterprise account executive. Stephen is married. 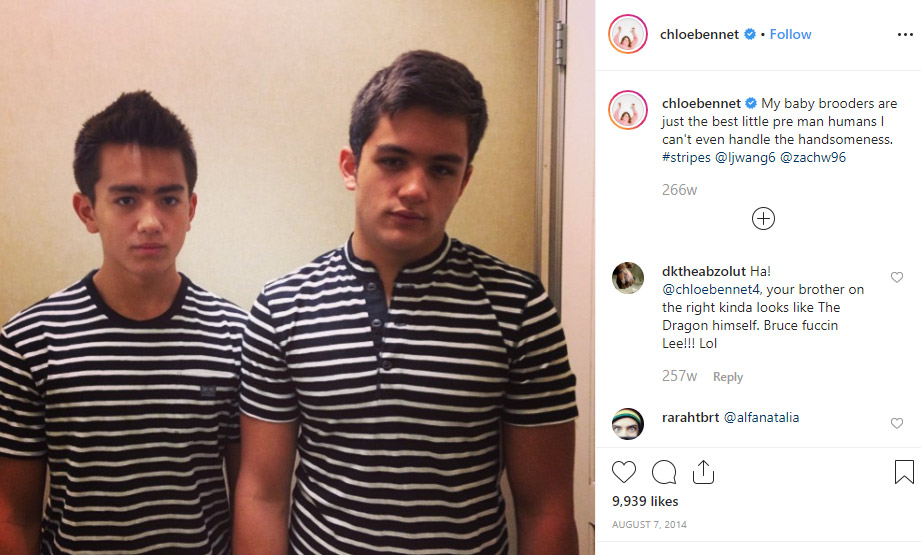 Lincoln Wang is another of Chloe’s biological brother. He studied political science at the University of Illinois and now he serves as the political organizer. He has cordial terms with his sister Chloe. 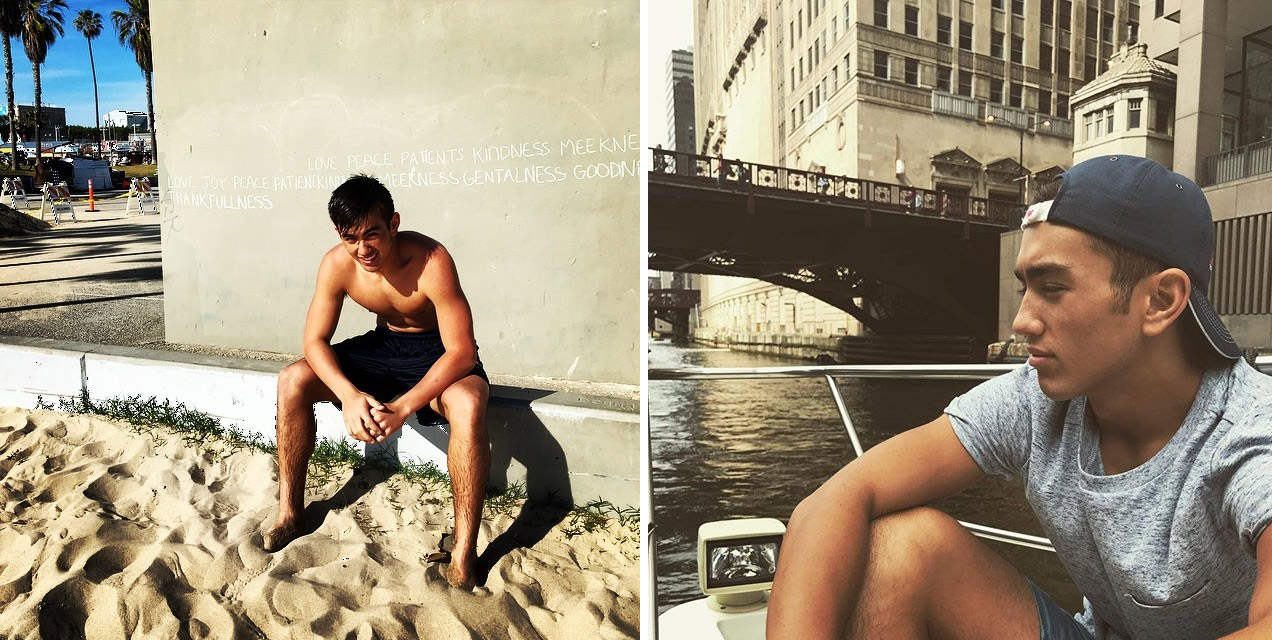 Zachary is the third biological son of Mr. and Mrs. Wang. He is Chloe’s pampered little brother. Currently, he studies medicine at UCLA University. Zachary is an easy-going young man, who likes to have fun (judging from his Instagram account). He likes to spend time with his big sister. Zach and Chloe have warm brother-sister relationships. He never misses an opportunity to congratulate her on any occasion through Instagram. 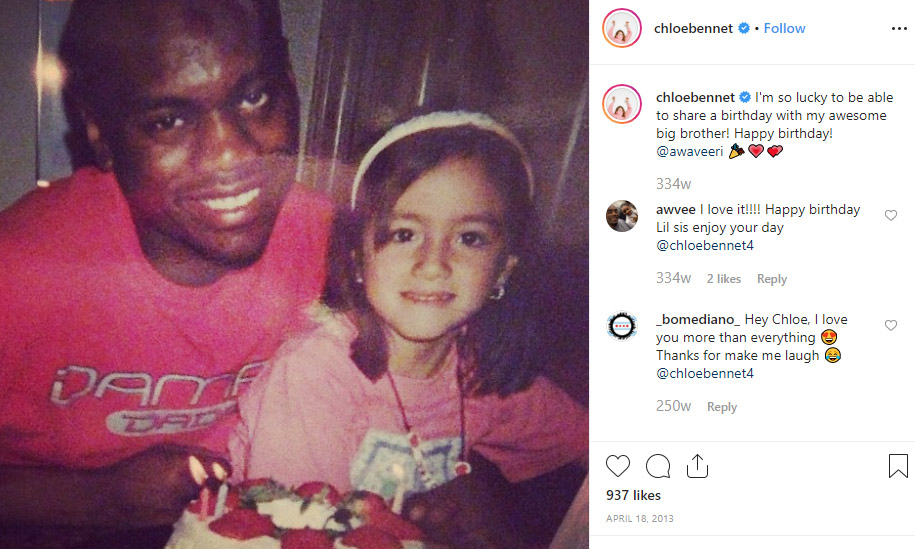 Chloe has three adopted brothers. Awvee is one of them. He met the actress’s father Bennet Wang in Chicago, Awvee’s hometown. Then Mr. Wang managed the city basketball league. Storey was an aspiring basketball player, and his mother allowed the boy to join Wang’s family and become a professional basketball player with Bennet’s support.

Awvee Storey made an enviable career of an athlete. He got a basketball scholarship at Arizona State University.

Chloe’s brother played for the team “New Jersey Nets” the most of his career. He was an NBA player for 3 years.

In 2010 he retired from professional sports and turned into a basketball coach and sports commentator. Awvee is closely knitted with his adopted family, which includes Chloe and her siblings, and spends a lot of time with them. 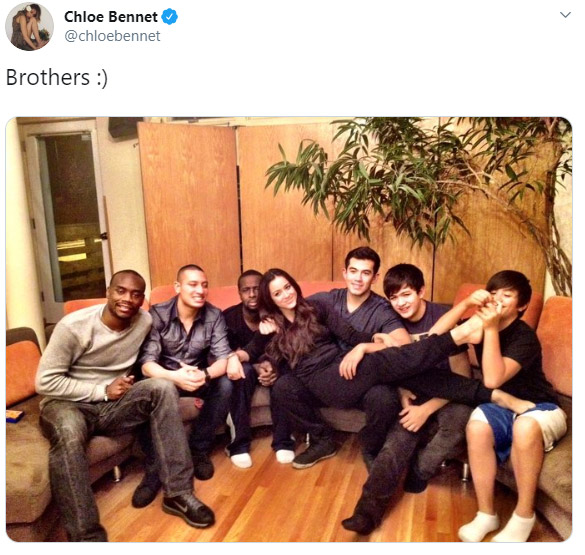 Chloe Bennet has two more adopted brothers, Johnny Jones, and Matthew Alvarado. All her six brothers are depicted in the picture above.

Mrs. Wang gave birth to the youngest member of their big family at the age of 53. Chloe is proud of her big friendly family. She considers little Luca as the small ray of sun in her life.

Chloe Bennet is the bright representative of the new generation in Hollywood. She is a young actress, whose resume includes several hit projects. Mostly, she is known all over the world as the agent (and later the director) of S.H.I.E.L.D., a fictional counter-terrorism agency. She portrayed the agent Skye during in the long-term series “Marvel’s Agents of S.H.I.E.L.D.”

Chloe Wang (who took the stage nickname “Bennet” after starting a career in the movie industry), was born in the family of a doctor (mother) and an investment banker (father). She has one older brother and six younger brothers, three of which are adopted by her parents.

During her studying at St. Ignatius College Prep, Chloe was known as a talented and creative pupil, who sings, dances and acts perfectly. No wonder that she decided to become an entertainer after graduation from there.

She started her road to fame as a singer. Chloe performed mostly in China, her father’s home country. Her single “Uh Oh” was released in two languages, English and Chinese.

In 2010 she made her first appearance on television. Then the slim well-shaped girl participated in the dance show “The Nightlife”. In 2012 she acted in 7 episodes of the musical series “Nashville”. Finally, in 2013 she won the role, which made her popular – in the TV show “Marvel’s Agents of S.H.I.E.L.D.”