Who are Finn Wolfhard parents?

The actor’s father was born in the family of Michael and Nora Wolfhard. He is a well-educated person, who studied art and policy in the University of British Columbia and then got Bachelor of Laws in the University of Toronto. Eric is a person of a solid and serious profession. He is a historical researcher. The man specializes in aboriginal land issues. Eric has an account on Twitter. Obviously, he is proud of his talented son Finn. He often posts pics of the actor at various public events on his page. In addition, the man manages Finn’s career and is present at most of his interviews. According to his son’s words, he wrote several movie scripts and dreams to make films, based on them, but nobody of reputable producers is interested in his projects.

It turns out, that Finn inherited his acting skills from his mother’s side. Her aunt from the paternal side, Rita Jolivet, was a silent actress. In addition, it was Mary, who taught Finn to love and understand music. She introduced her son to Beatles and other legendary bands when her cute little son was just 7. Around that age she gave a guitar to his hands, so now her son makes music as a member of a rock band “Calpurnia”, which he co-founded.

Mary was born in Vancouver, Canada, where her father Lawrence Charles Jolivet moved in the late 1930s. There he married a cute girl, named Trish, and they gave a birth to Mary (Finn’s mother) and her brother Timothy. Lawrence, the actor’s grandfather, comes from a French city of Dieppe, so the actor obviously has French roots.

Mary studied visual display and design at Langara College. In the early 1980s, she also attended Institut Catholique de Paris, where studied French culture. During many years she served as the assistant of her husband Eric. Later she began to work for the brand Dormouse Design, which creates clothes for kids. But she never gets tired to tell, that her main job is that one of a mother. She gave a birth to two talented sons – Finn and Nick.

Finn’s older sibling, whose full name is Nicholas, is busy with entertaining people, too. He positions himself as a voice actor and promises “some big new project soon” to his fans through Instagram. The young man has already presented a number of his works. He lent his pleasant voice to Yugo Nansui in the anime “Beyblade” and Danny in “Under Wraps”. He likes anime, is a very humorous person and is the big fan of his younger brother Finn, which becomes the hero of his posts from time to time. 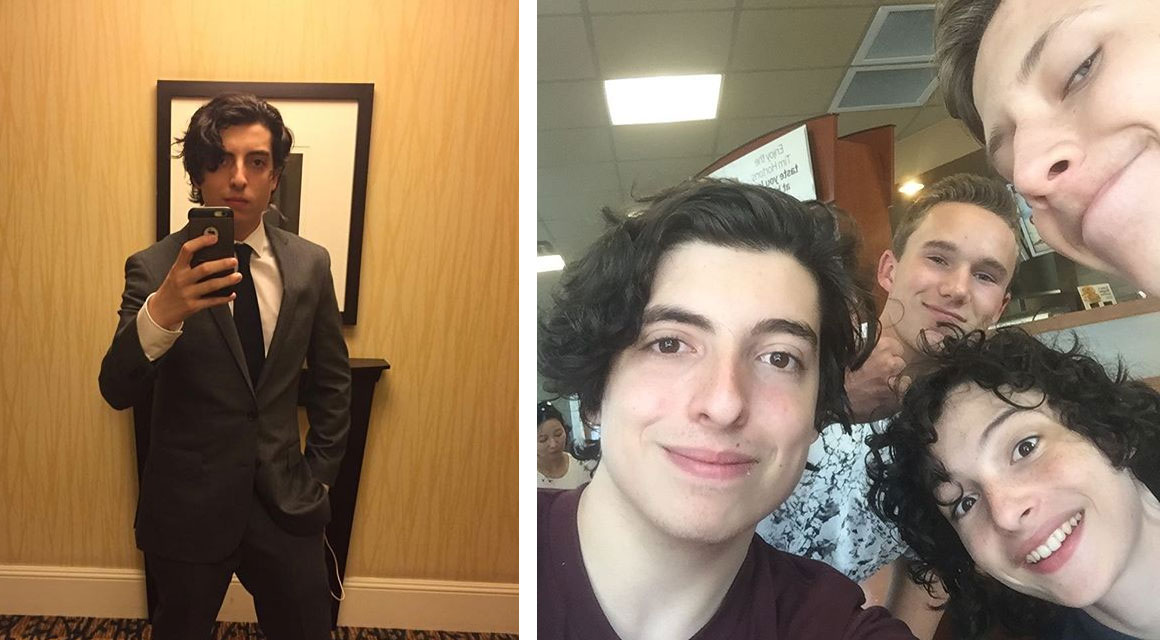 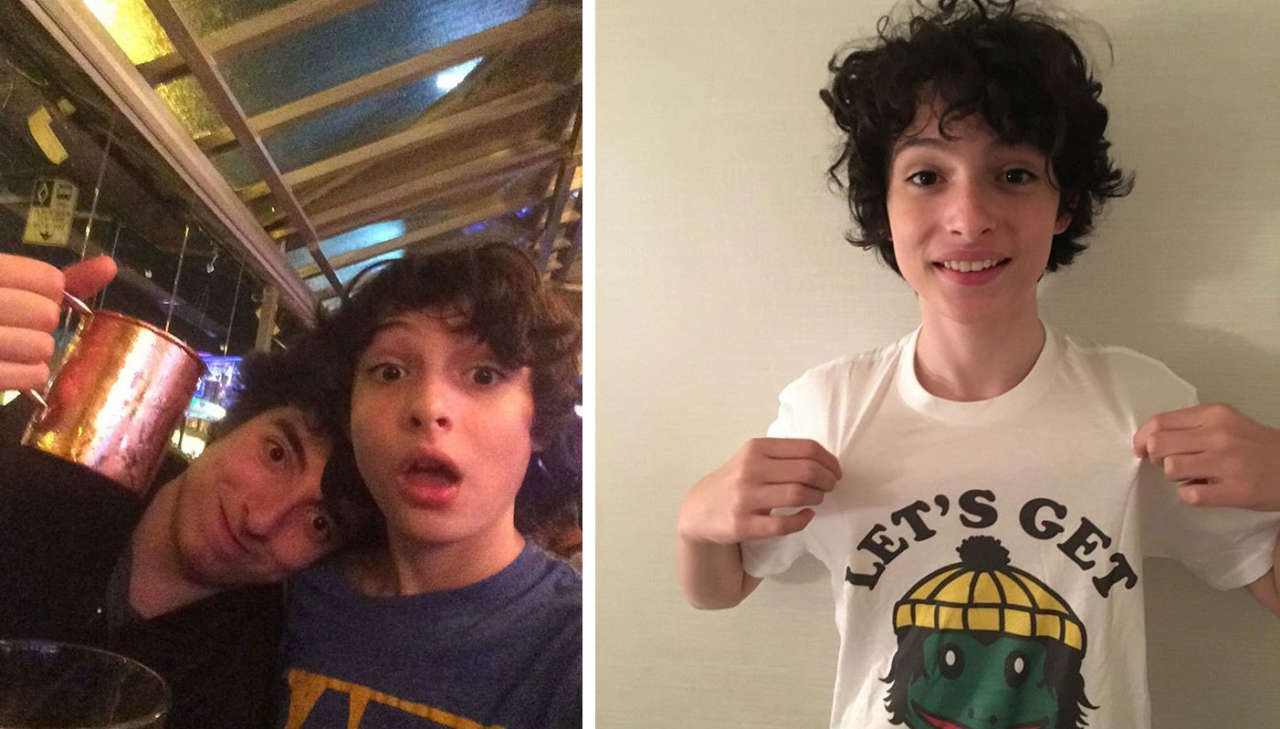 Finn has a bushy haircut and a boyish face, which makes him so cute and special at the same time. He is just 16, but he has already become a renowned movie and TV actor and aspiring musician. He has already starred in “It”, the horror movie, based on Steven King book and depicted the demon chaser Mike Wheeler in the series “Stranger Things”.

He was born in the family of two well-educated people Eric and Mary Wolfhard and grew up with an older brother Nick. The boy fell in love with music at the age of 7 and started to play the bass guitar around that time, too. Two years later he developed a high interest in acting and convinced his mother to help him. He began his career from participation in ads. He found the first acting gigs as a freelancer at Craigslist. The boy was obviously talented, and his father Eric understood it. He hired an agent for his son, and soon Finn started making his first TV appearances. Together with his brother, he played in a short film “Aftermath”. In addition, he appeared in one episode of “Supernatural”.

His career took an unexpected turn in 2015 when he got the script of “Stranger Things” in his hands. In spite of his young age, he understood at first sight, that the show would become a hit. “I was ready to play any role in the project”, the actor confessed in his interview.

Currently, Finn continues to get the education (he is a pupil of a Catholic school) and joins it with starring in new films and series. In 2019 the fans will see him as Ukrainian Boris in the film “The Goldfinch”. The adult version of this hero is played by a Welsh star Aneurin Barnard. 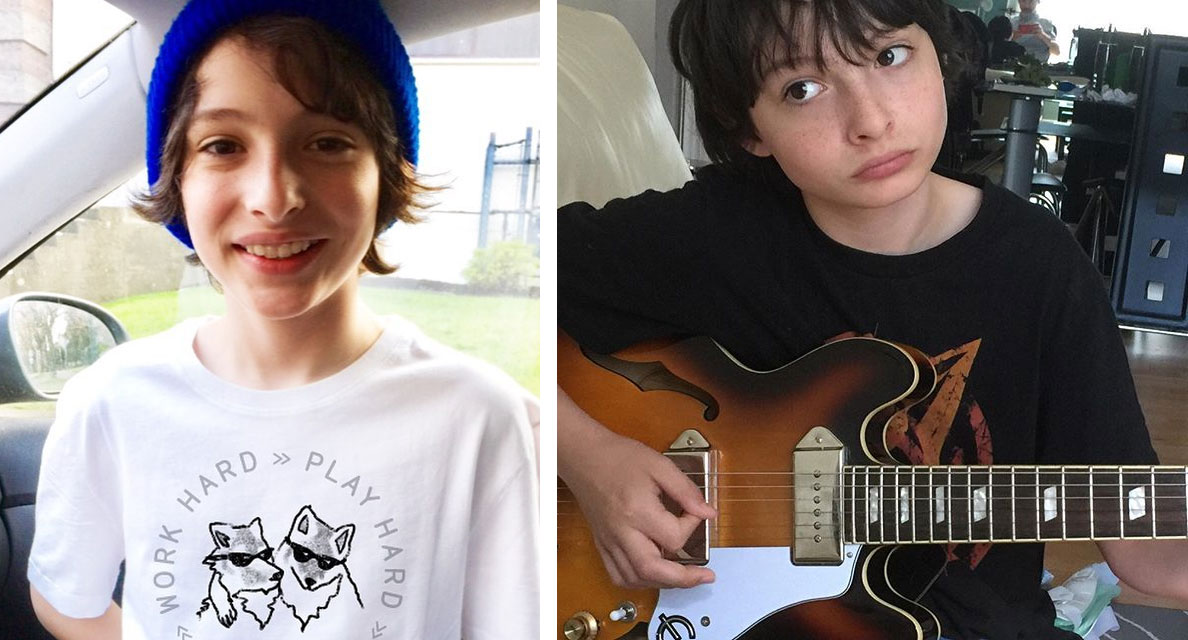